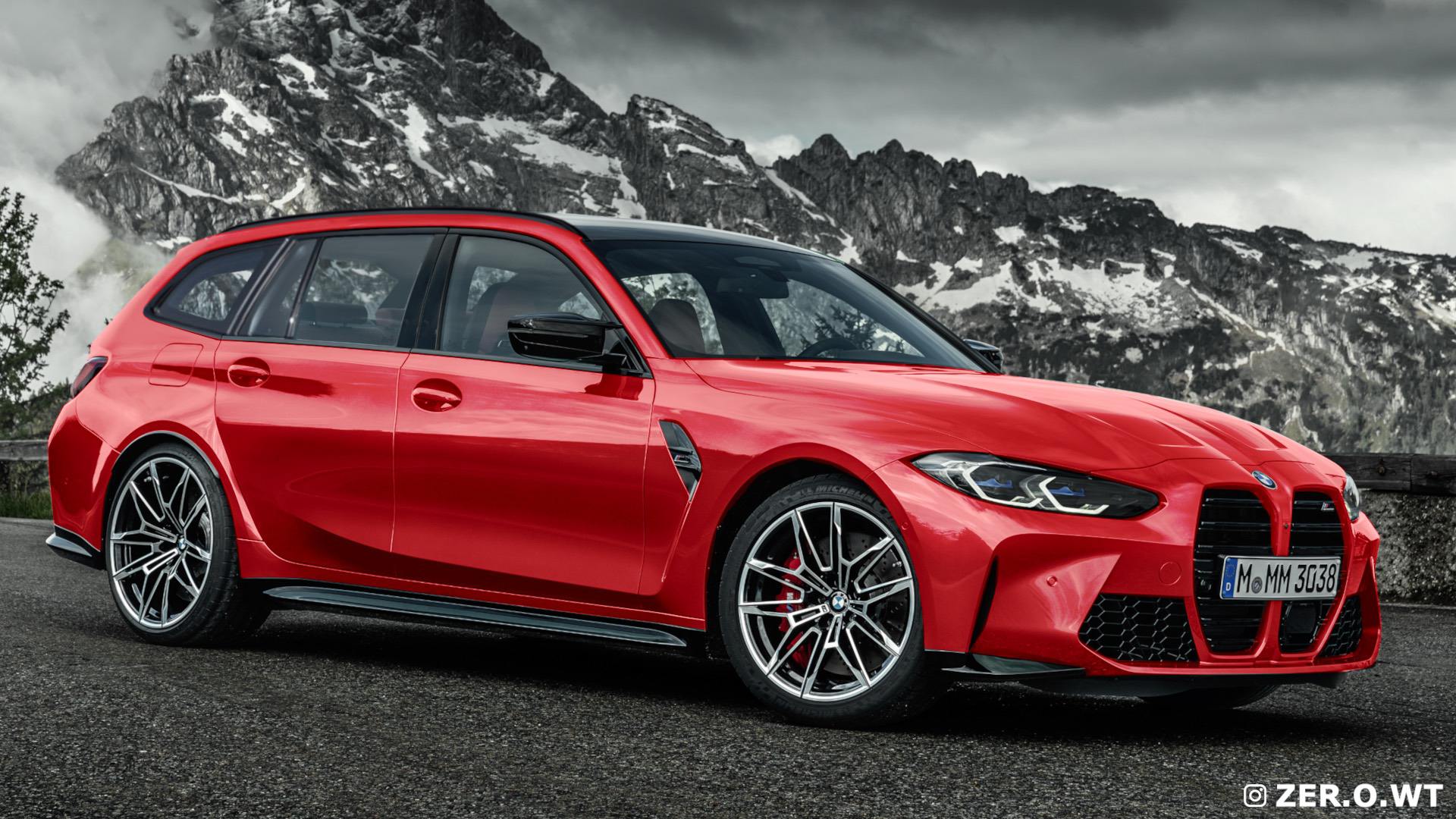 Fans are obviously excited about the upcoming G81 BMW M3 Touring, set to debut sometime in 2022. The M3 Touring will be the first of its kind; BMW has never made an M3 wagon before, despite the constant cry for one from the fanbase. Naturally, the fact that the first-ever M3 Touring is on the way is getting those same fans riled up. This new spy video won’t fully quench their thirst but it will give them a taste of what’s to come.

In the video, we get to see the G81 BMW M3 Touring, fully decked out in camouflage, driving around some public roads around the Nürburgring. Even through the heavy camouflage, we can make out its design. It looks exactly like you’d expect, like the combination of an M3 and a 3 Series Touring. The back end looks great; wide, low, and muscular. The rest of the car looks like an M3, which is either good or bad, depending on your thoughts on the kidney grille.

Everything else about the M3 Touring will be familiar. It will only come in one spec — M3 Competition xDrive with 503 horsepower, 479 lb-ft of torque, and an automatic transmission.  No manual option for the M3 Touring, nor rear-wheel drive. So anyone who wants a purer, more engaging M3 will have to get either the sedan or opt for a two-door M4.

To be fair, Competition-spec is the best spec for the M3, in my opinion. Its 3.0 liter twin-turbocharged S58 engine feels like it was purpose-built for the automatic transmission and it just feels right. Plus, the extra torque over the manually-equipped car give it an added punch that is genuinely noticeable. While I haven’t driven the xDrive model yet (no one has just yet) but I suspect it will actually be the best version of the M3 Comp, due to its extra grip. Sorta like a four-door GT-R.

The BMW M3 Touring is going to be one of the coolest cars in modern BMW history. Not only will it be the first-ever M3 wagon but it will be the fastest, most capable version of the M3 yet, while having the added practicality of its larger trunk. We can’t wait.