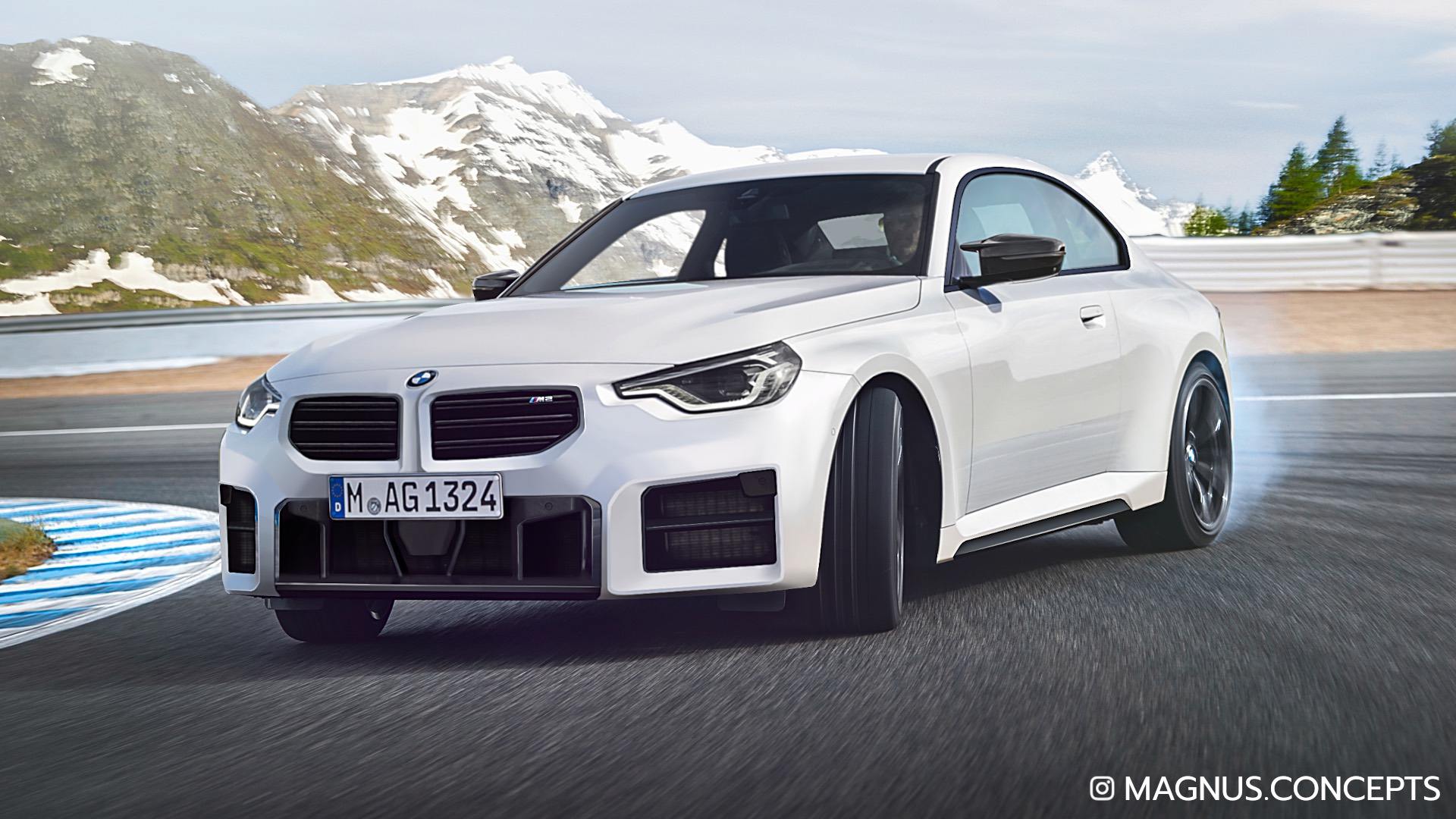 We’ve been seeing some rumors floating around the internet lately, claiming that the next-generation BMW M2 (G87) will get xDrive all-wheel drive as an option. Thanks to our sources, though, we know that to be false, so we wanted to clarify a bit. Despite what you may hear from different sources around the internet, the next-gen M2 will power its rear wheels only.

Admittedly, there’s good reason for assuming the next-gen BMW M2’s addition of all-wheel drive. Now that the BMW M3 and M4 are getting all-wheel drive as an option, it would stand to reason that the M2 would get all-wheel drive as well. Additionally, the new G87 BMW M2 will be built on a modified version of the same CLAR architecture as the current M3 and M4.

However, that’s not actually going to happen. Instead, the next-gen M2 will be designed to be the last of the old guard of rear-drive, front-engine sports cars with manual transmissions. That’s right, the G87 M2 will keep the manual alive, despite everything else seemingly going auto-only today.

Powering the BMW M2 will be a version of the S58 engine found in the new BMW M3 and M4. It’s a 3.0 liter twin-turbocharged inline-six engine and will make somewhere between 480-490 PS (probably around 480 horsepower), according to our sources. It’s almost unbelievable, just how much power it will have. That’s more than the standard M3 and M4 and the M2 will weigh less and sport a shorter wheelbase. So it should be a proper hooligan.

What’s ironic is that the BMW M2 could probably use all-wheel drive, given all of its power. With damn-near 500 horsepower in such a small, short car, all-wheel drive would make it an absolute performance weapon. When you also consider the M2’s competition from Mercedes-AMG and Audi, both of which are all-wheel drive, it’s interesting that BMW isn’t going with the same sort of drivetrain. Nevertheless, the next-gen M2 will be rear-drive only and will offer a manual transmission. The last bastion of old-school BMW goodness.