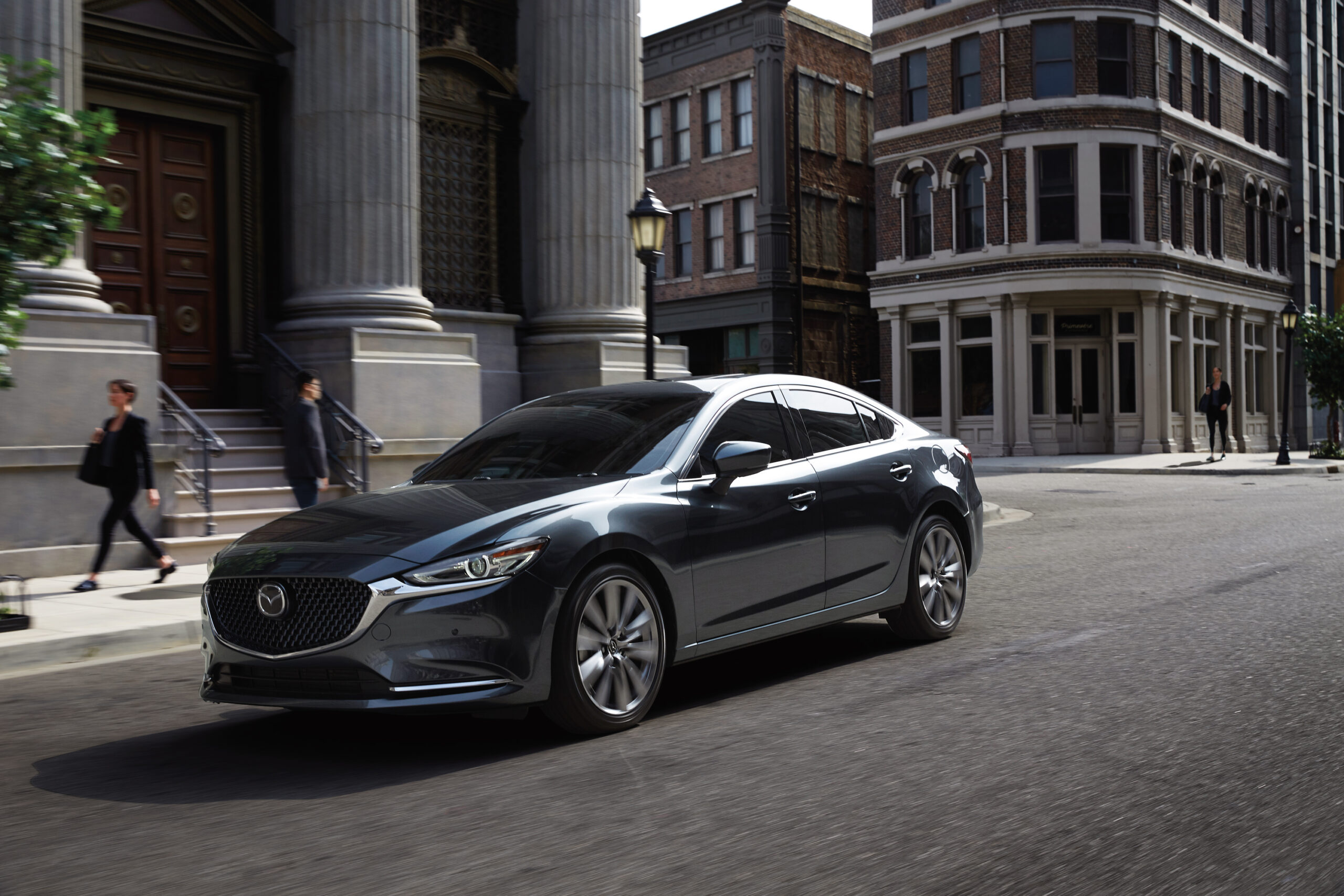 The 3 Series just can’t seem to keep newcomers off its tail. Heavy lies the head that wears the crown, I guess. The usual competition; Mercedes’ C-Class and Audi’s A4; aren’t even the toughest competitors anymore. Instead, cars like the Alfa Romeo Giulia, Genesis G70, and even the Tesla Model 3 are the 3er’s most fearsome rivals. There’s going to be yet another 3 Series competitor, this time a damn-near 3 Series clone, from a typically much cheaper brand that knows a thing or two about great driver’s cars — the 2023 Mazda 6.

Mazda is not typically a brand you’d associate with BMW. Not that Mazda’s a bad brand — I love Mazda — but its cars are usually quite a bit cheaper and less performance-oriented. However, Mazda knows as much about making balanced, rear-drive sports cars as the best brands in the business. The MX-5 is still one of the very most fun cars on sale, regardless of price. And the upcoming Mazda 6 is going to take aim squarely at the BMW 3 Series.

For the next-generation, the Mazda 6 will switch from its current front-drive, four-cylinder platform to a rear-drive, straight-six platform. There will likely be a four-cylinder engine available, too, but the top-end model will be an inline-six. Just like the 3 Series.

It’s said that the inline-six in the new Mazda 6 will have some interesting options; there could be a turbo-diesel variant, a variant using Mazda’s SkyActive spark-controlled compression ignition, and even one with electrification. All engines will likely be mated to an eight-speed automatic, though there’s currently no word on if that will be a ZF unit, Mazda’s own, or a different one entirely. There’s also no word on a manual transmission. We know Mazda likes a good manual — and makes one of the best in the business — but we also know that the market does not.

Being a Mazda, the next-gen 6 will likely be cheaper than the 3 Series. How much cheaper is unclear but it’s almost certainly going to offer a better bang-for-your-buck. If that’s true, it will be very interesting to see if car enthusiasts might prefer a loaded, six-cylinder Mazda 6 over a four-cylinder BMW 3 Series, for similar money. If Genesis can create a proper 3 Series rival, then Mazda — a brand with far more experience making rear-drive sports cars — should absolutely be able to.