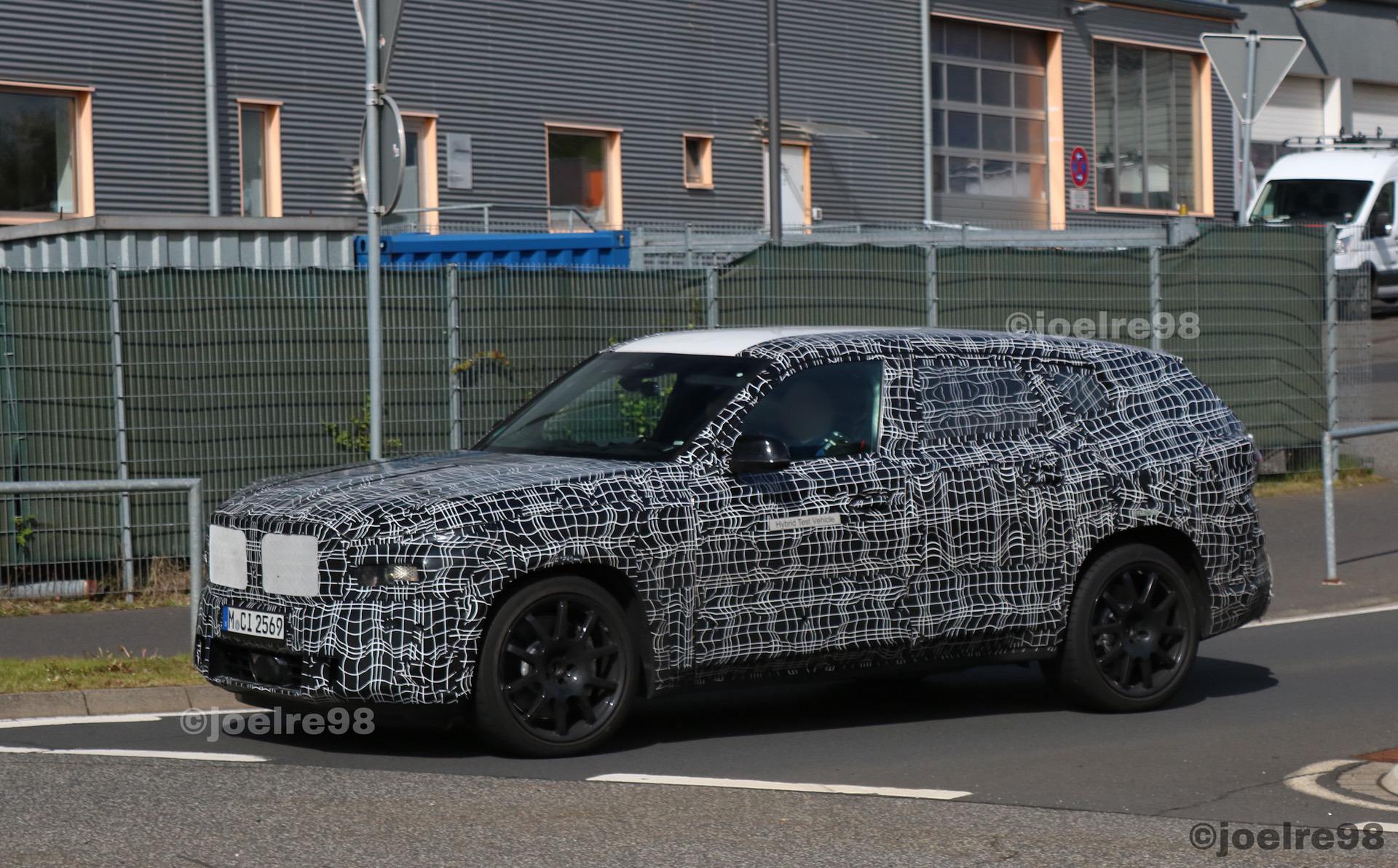 The open-secret in Munich these days is the addition of a new high-end crossover. The BMW X8 M rumors started sometimes in 2019, but they amplified last year after test mules were spotted in Germany. There is still plenty of mystery surrounding the X8 M, for example, its name. Some recent rumors point to the XM badge on the boot which certainly makes sense considering the iX naming convention on the upcoming electric crossover.

The internal name is said to be “Project Rockstar” which clearly implies the baddest and most powerful SUV of the range. We strongly believe that the X8 M (XM) will be a plug-in hybrid vehicle. We’ve already heard rumors of a PHEV drivetrain in the X8 M and the sticker on the side door confirms that at least this test mule is using some electric power under its sheet metal. The rumormill further churns out that the future BMW X8 M models could come in two flavors: the standard version, with an output of 460 kW / 625 PS (617 hp), and the upper-end X8 M Competition, which is set to become the first electrified full M model in history. The future X8 M Competition will pack a hybrid powertrain combining a V8 petrol engine and an electric unit that together will raise the peak output up to staggering 552 kW / 750 PS (740 hp).

As you can see in these new spy photos, front-end of the large SUV is clearly covered by a lot of fake body panels. But there are two things that immediately stand out. Firstly, the massive size of the potential BMW X8 M. The car certainly looks longer and wider than the X7, but with a fairly low stance and nice sloping roofline. The kidney grille seems to be just as big as on the X7, while the iconic headlights feature a split design with sleek graphics.

The rear end is equally intriguing. The design shows an upright design with a coupe-like roofline, a small rear window part of a massive trunk door. The taillights seem to retain the typical L-shape, but they’re quite wide giving the car a wider stance as well. The lower front bumper is still heavily covered in plastic and camo. Inside, we expect a posh and upscale design, dramatically different than the one on the X7. More refined materials, full leather upholsteries, new digital screens together with likely the new iDrive 8.

With BMW celebrating its 50th birthday next year, we expect the X8 M (XM) to be at the forefront of these celebrations. And likely won’t come with a cheap price tag. If the ALPINA XB7 starts at $141,000, the X8 M will easily jump above that price tag and will certainly become the most expensive BMW.