When the X3 debuted, it wasn’t quite right – but there was a lot to like about it. 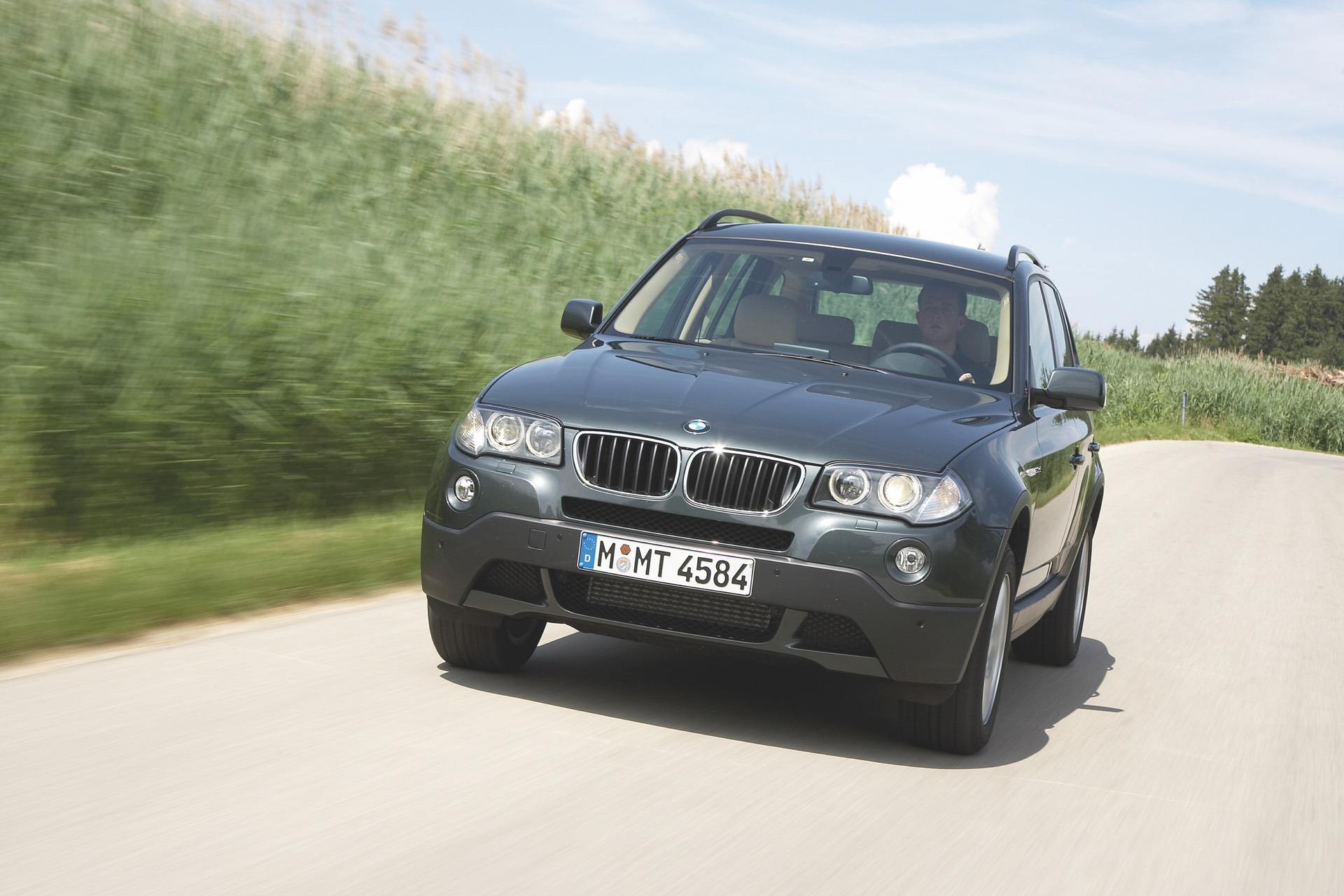 Of all the things BMW has represented over the years, perhaps the most consistent one is an enthusiast base of malcontents. With every new model release, every concept car or even a breath of change, and the forums immediately riot and turn hostile against their Bavarian overlords. Seriously, the next time a new model is announced by BMW, just pop over to one of the enthusiast sites and tell me what you see.

Took The Car World By Surprise

2004 was no exception – the year the BMW X3 was first announced. On release, the BMW X3 was, to put it delicately, absolutely panned when it came out; critics didn’t like how stiff it rode (sounds familiar…), the interior felt too similar to a lower trim car (déjà vu!), and most didn’t feel that the truck had the guts to venture off road despite its AWD system and boxy looks. Enthusiasts, reeling from the very recent introduction of the X5 (just four years prior), decried this vehicle as what certainly was the end of days, that BMW had lost its way forever, that dogs would start sleeping with cats and general chaos would preside for the remainder of time. If only they knew what 2020 looked like! 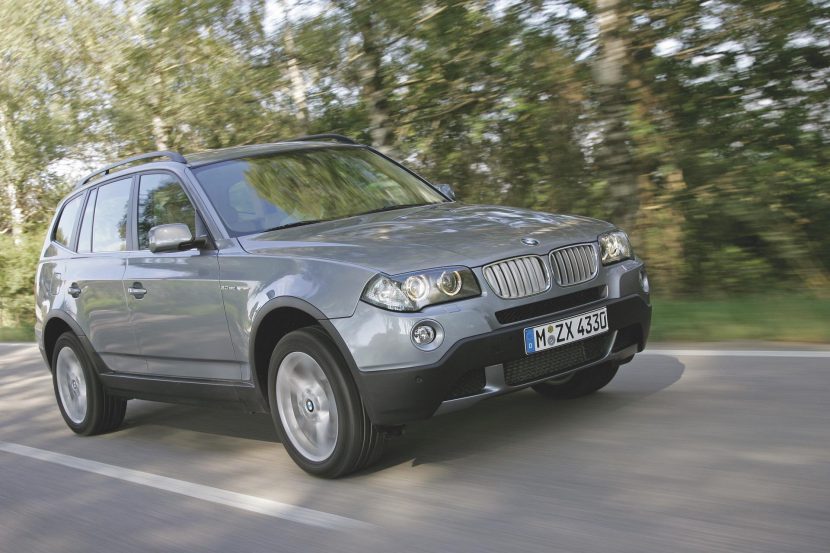 Perhaps it’s the perspective nostalgia offers, but the first X3 wasn’t al that bad. Bluetooth and keyless entry were both standard; fairly decent packaging in the early aughts; fancy 17” alloy wheels were offered at no charge, too. The plucky little 2.5L inline six offered an adequate 184 hp for the time, getting the base car to 60 in a Prius-crushing 8.6 seconds. The optional three liter six offered 225 hp and shaved about a second off that time, according to BMW. Of course, these are the faster times, only obtainable with the option manual transmission. Yup, you read that right – the first gen X3 got a manual, too. 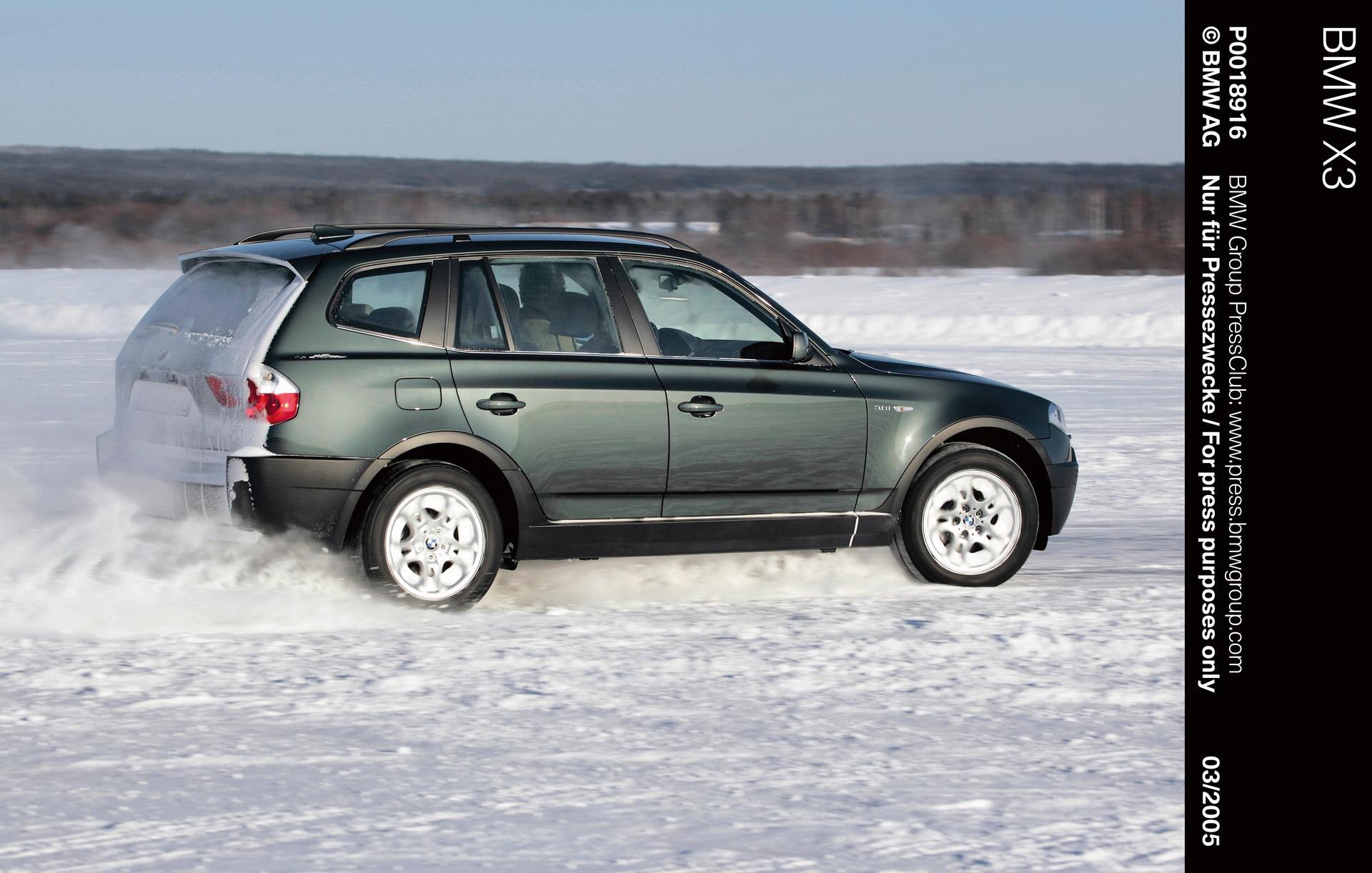 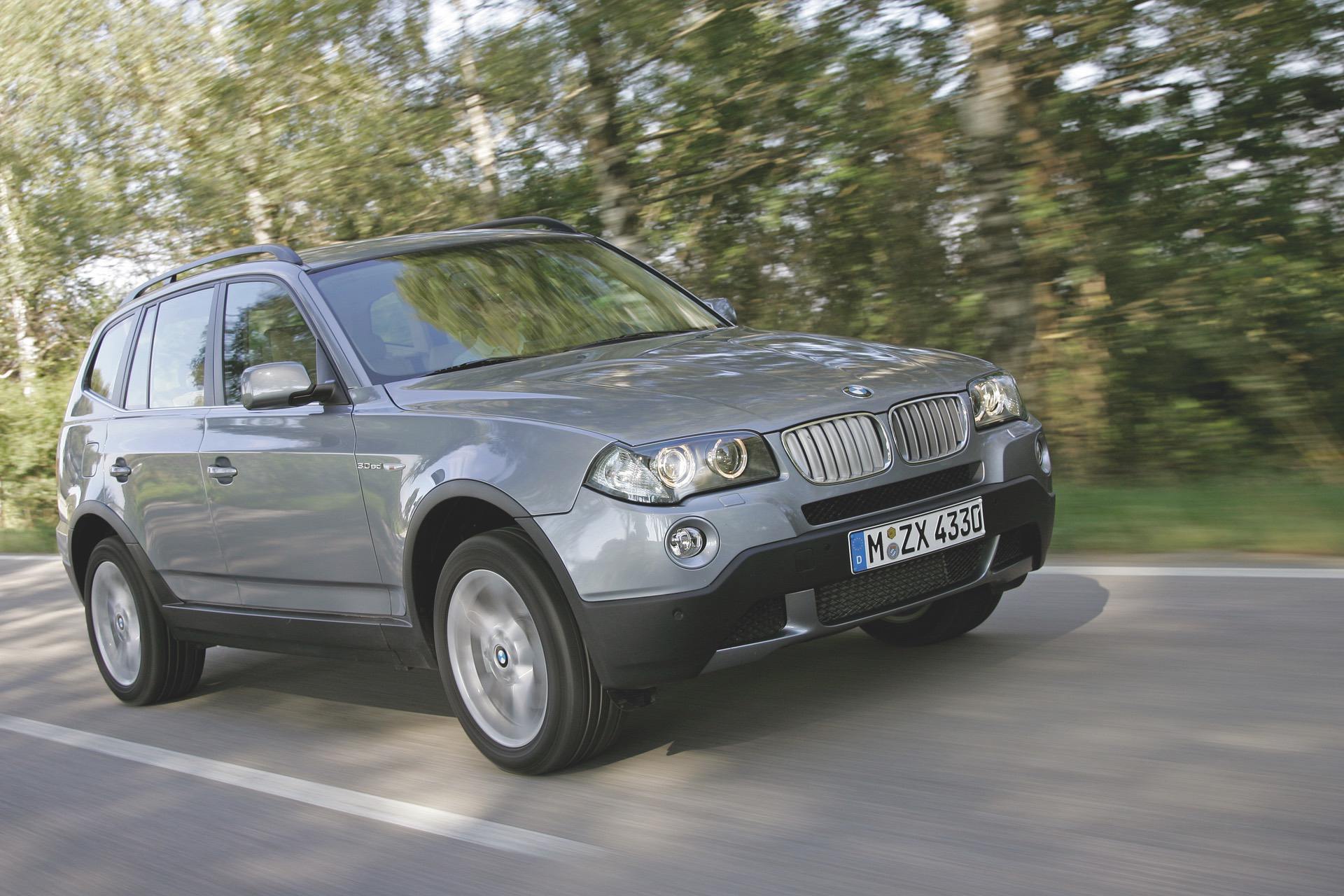 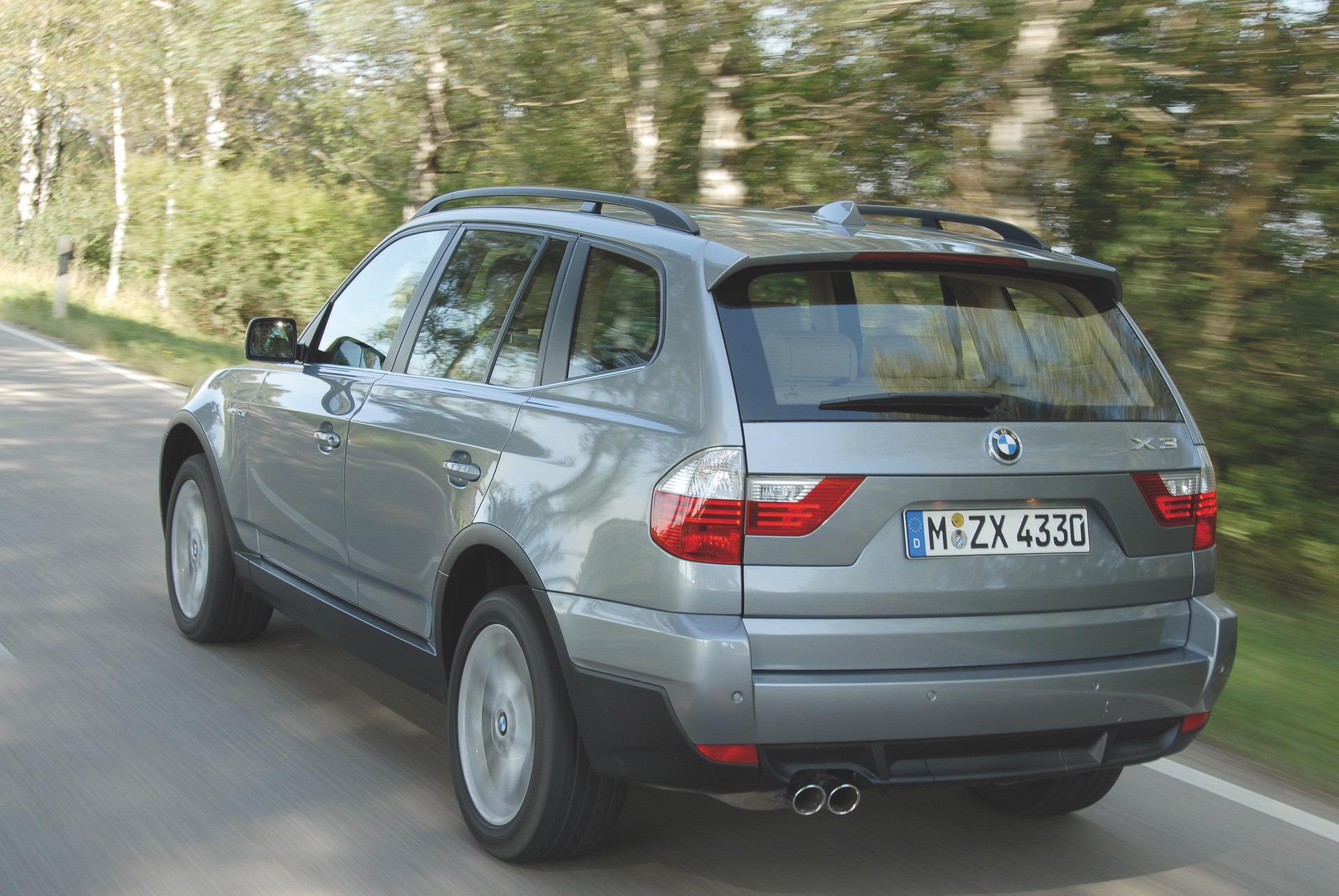 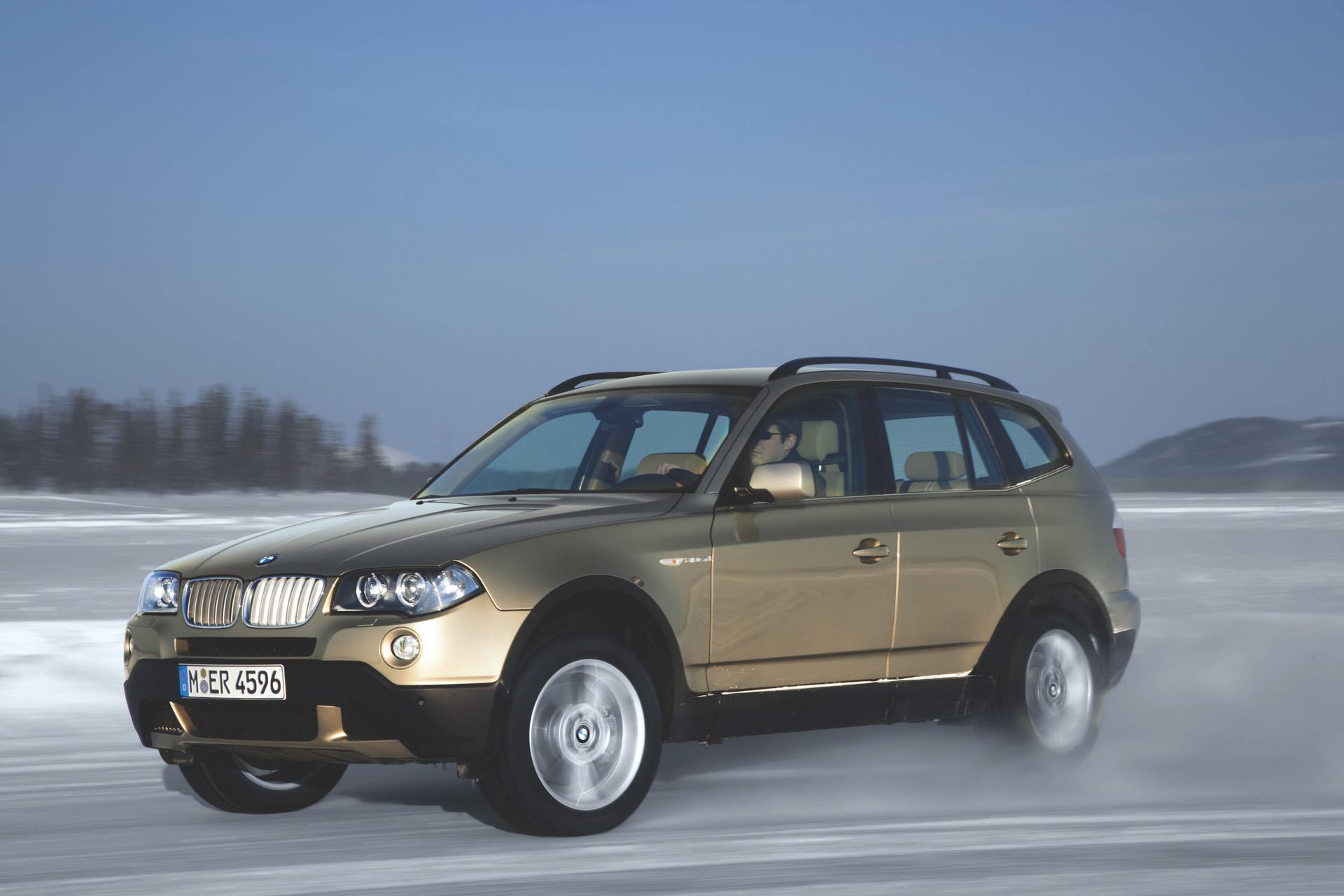 2007 saw the mid-life crisis for the first generation X3, so it got a gym membership and some corrective surgery – the front and rear bumpers both received visual enhancements, complete with (surprise!) bigger kidney grilles and all new lighting designs as well. A revised 3.0 liter got the sporty “si” designation and offered a power bump up to 260 hp, thanks to the introduction of Valvetronic (BMW speak for variable valve timing). Of course, some journalists still focused on the points of contention that still held true; it was pricy, stiff, and wasn’t the best option for camping. 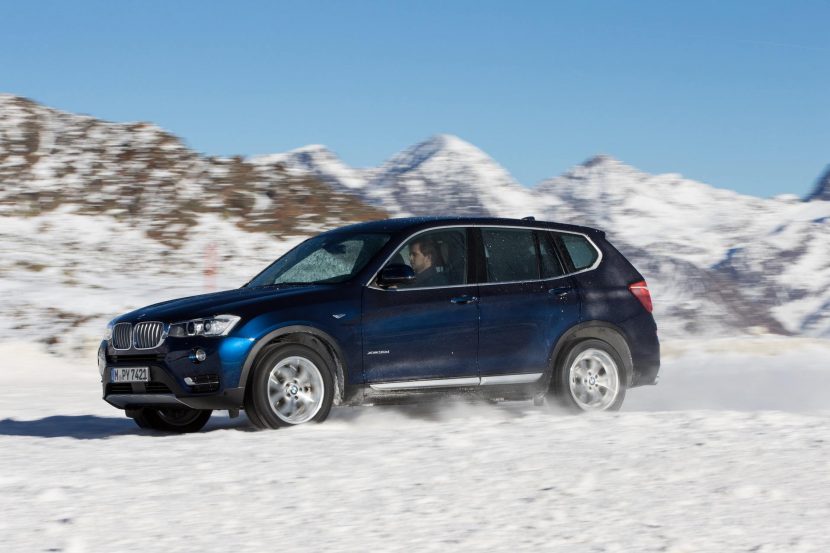 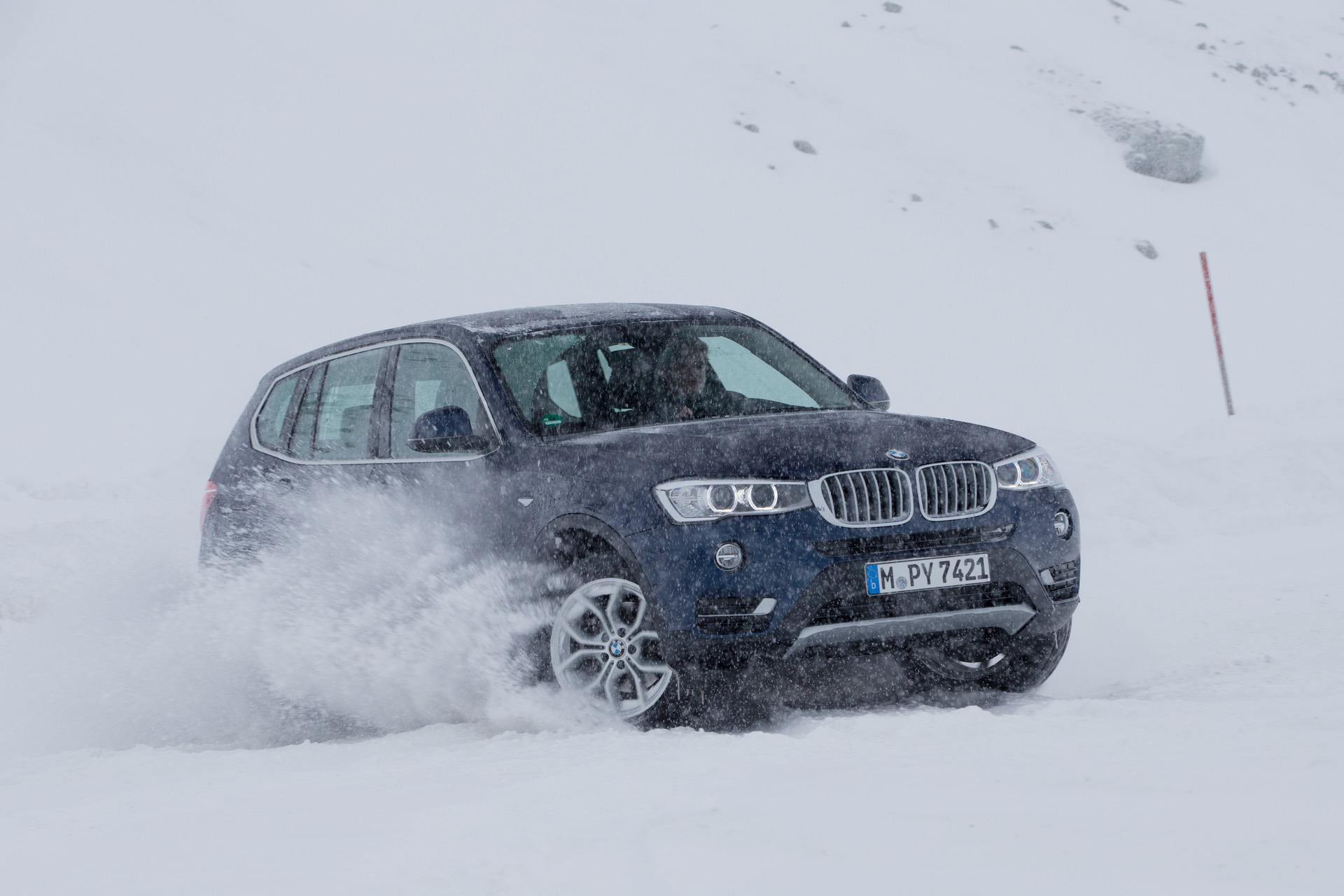 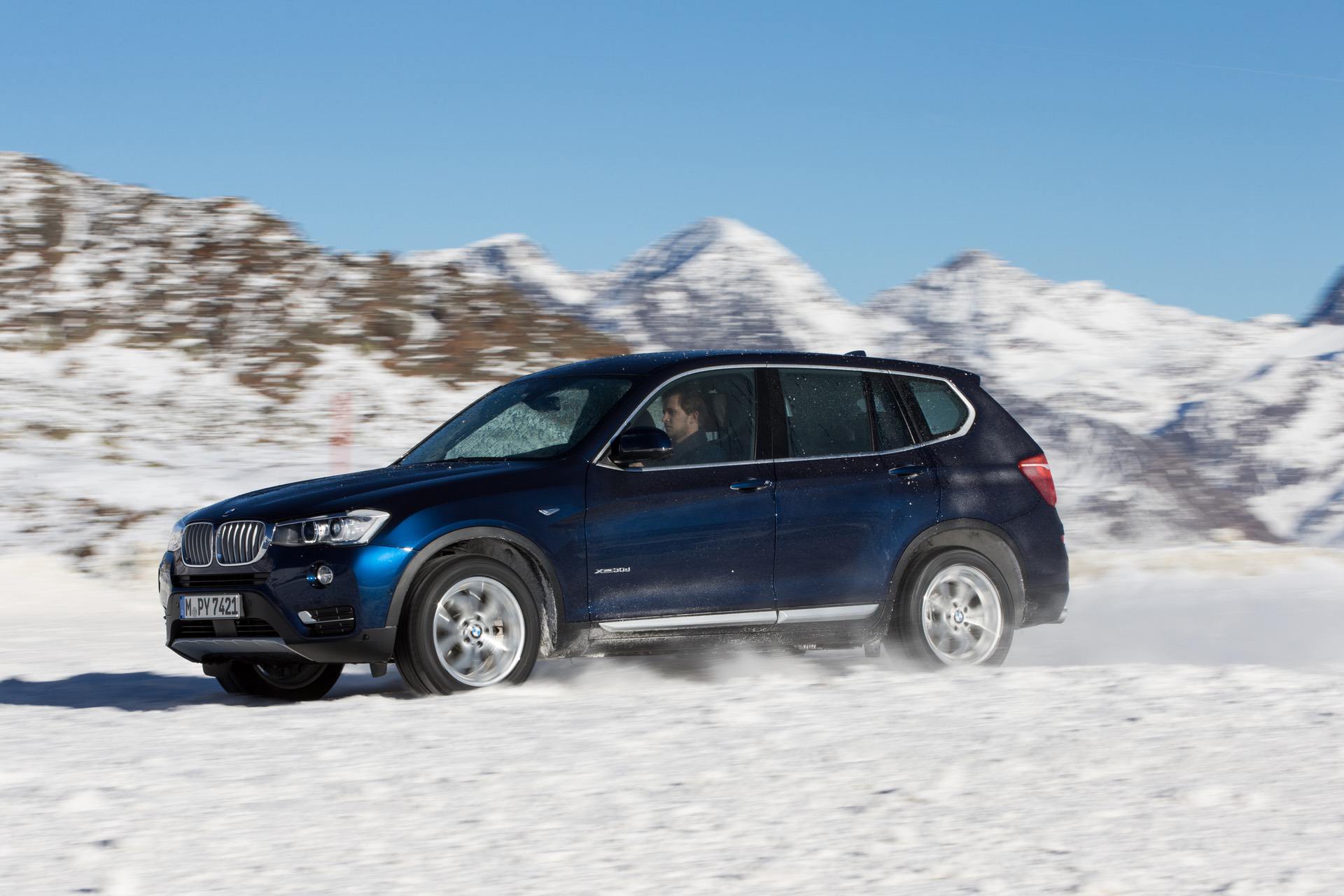 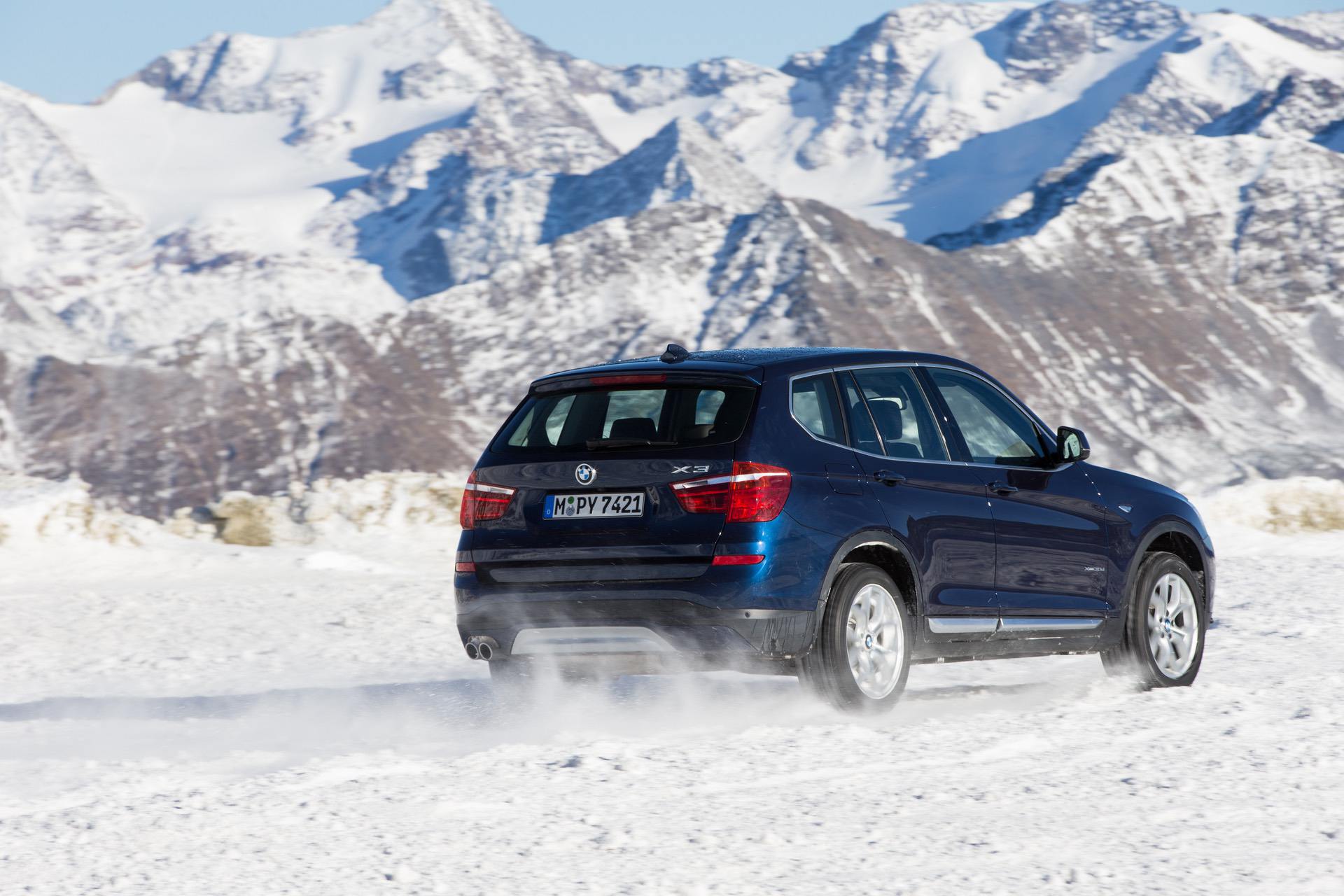 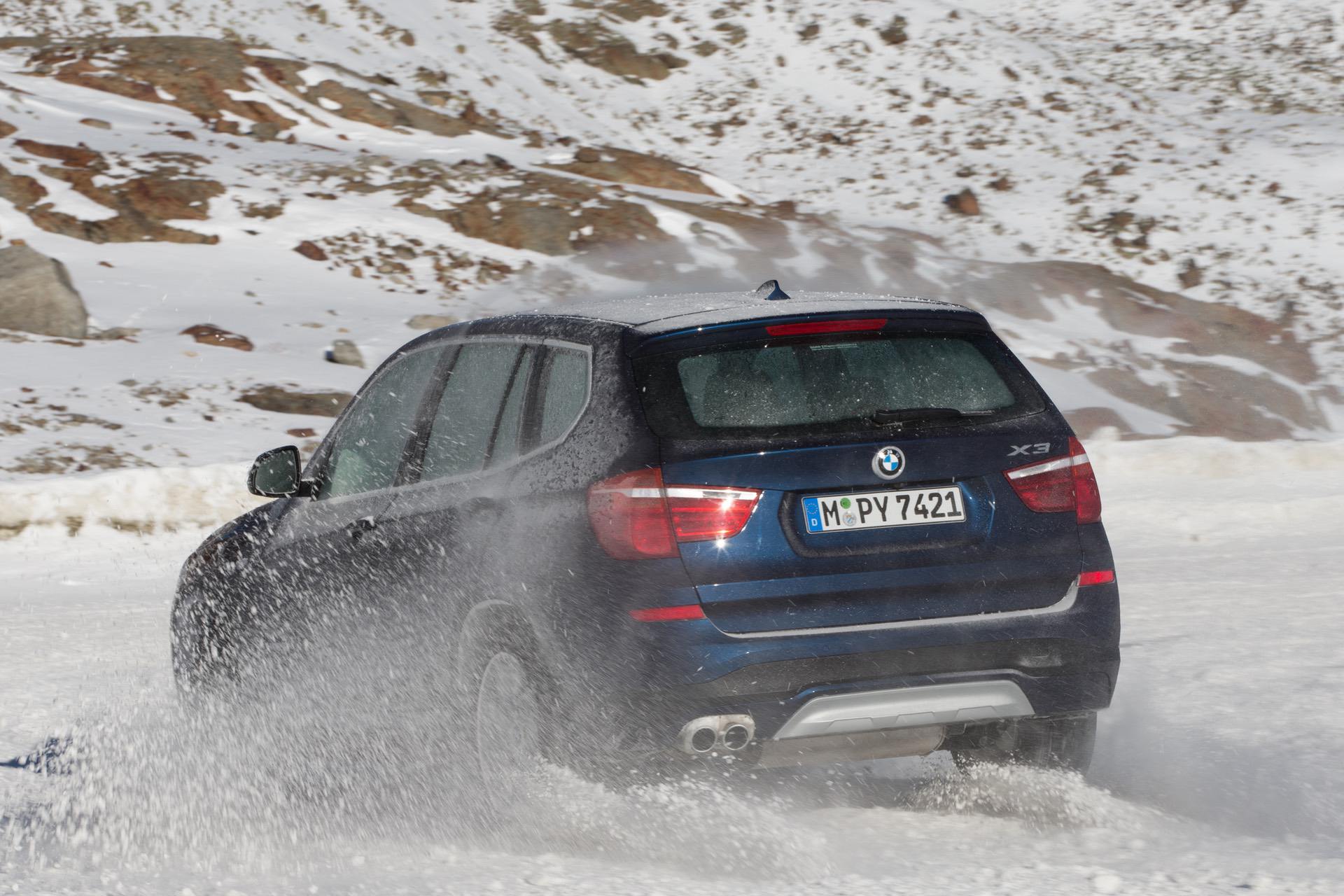 Four years later, we’re introduced to the brand new for 2011 X3 – a turbocharged, AWD-optional, no-manual, monument to why BMW has (yet again) failed the enthusiast. But cutting to the chase a bit – BMW sold an absolute truckload of these cars – about a quarter million in the US alone. They were well received by journalists and the public alike, offering great packaging and clearly addressing most of the concerns with the previous model.

Throughout the life cycle, a base turbo-four replaced the (enthusiast trigger warning) painfully outdated inline six and offered much better power and torque. The turbo six cylinder equipped 35i model even scooted to sixty in just over 5 seconds, using the same powerplant that powered the original M2.

Are you not enthused? It gets better.

The Best Selling SUV In The Segment – G01 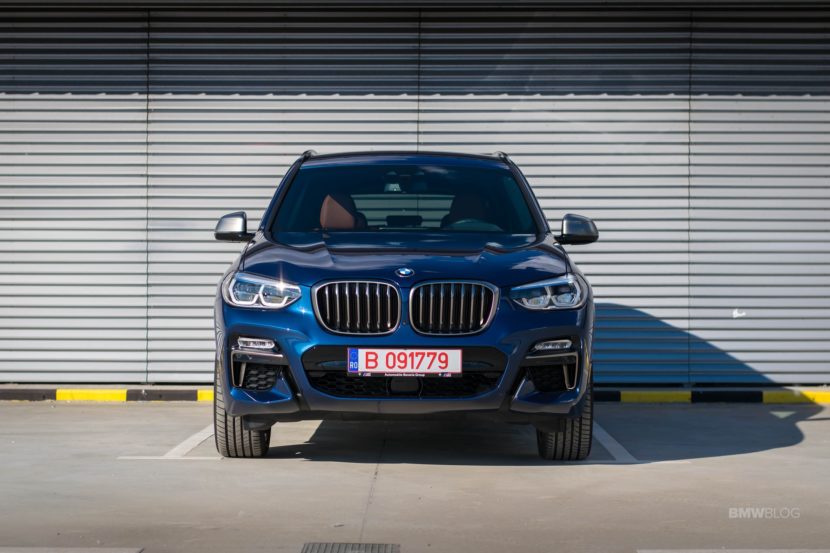 Finally, in 2018 we got the current iteration of the X3 – and the story is very much the same as it was with the last generation. One of the best picks in the segment, the X3 M40i borrows the Supra drivetrain and sends 382hp to all four wheels (with a historic bias to the rear). It rips, snorts, gets down and gets out- sixty from a standstill takes just four and a half seconds. Critiques range from staunch indifference to overwhelmingly positive, praising the tremendous powertrain, well-tuned suspension, and great usability. 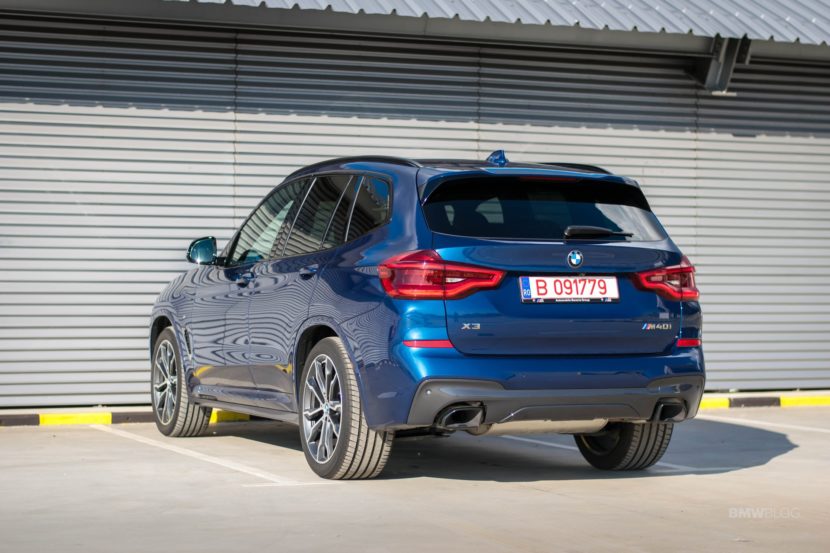 The M40i trim steals the show a bit, for sure – but the base car still offers a healthy 250-odd horses in the same well-built package. Pricing and options are still great within the segment, even offering a pretty trick 360o camera that has since become almost an industry standard. Apple CarPlay and Android Auto are now both finally available (or should be, very soon), with no subscription fee needed. Even Remote Start is now finally an option on the X3, and you can start it from your phone! There’s even finally a full-blown M tuned version, offering up to 503hp from a twin turbo six, aggressive sport seats, and revised suspension and brakes. Feeling enthusiastic yet?

Well, you’d better start, because it the X3 is sticking around. The X3 xDrive30e is here, the plug-in hybrid variant of the X3. You get a small power bump from the base car (310/288 hp/lb ft, respectively), and the option to eschew gas completely if your commute is only a few miles (full electric range is just shy of 20 miles). Furthermore, while it isn’t planned to come to the US quite yet, the iX3 will be a fully electric SUV – the first truly all electric, “normal” car (the i3 is cool but…c’mon) that BMW will be releasing, built, obviously, on the current gen X3 chassis. And it’s this last remark that brings me to the point of this article.

When the X3 debuted, it wasn’t quite right – but there was a lot to like about it. The optional manual, the smooth inline six, and great out-of-the-box packaging if you were willing to pay a premium. BMW listened to what people didn’t like so much about it, and here we are today lauding its suspension and usability (sticking points from the original). BMW has put a lot of effort developing the X3, and it shows – perhaps more here than on any other model in the lineup.

Where the 3 Series stood as a pillar of the luxury-sport sedan segment (some would even argue that it created the segment), the X3 has stepped up and taken its place. And I think BMW knew this, all the way back before 2004 – SUVs were on the rise and a lot of people were already feeling the industry changing. Just think about it – the 3 Series has been the bread and butter of BMW forever – an obvious choice for the first full electric model BMW offers.

But that isn’t the case, because it isn’t 1998 anymore and the sport sedan market is being rapidly encroached on by the sport-luxury SUV market. BMW has chosen to join the post internal combustion world by jumping in headfirst with their most improved – not necessarily their most historic.

It all comes down to perspective. Whether or not you’re a fan of SUVs, electric cars, more tech integration in your daily drive, etc – it doesn’t really matter, because that’s the direction of the industry. The X3 is BMW’s most important contribution to the segment and has arguably been its most important automotive contribution since it was introduced (E46 M3 perhaps excluded). I suspect BMW will sell another truckload of fully electric X3s and continue to rapidly improve it before we see the next generation sometime around 2025.

Which is okay with me, since we only get M2s and M5s if they sell enough X3s.