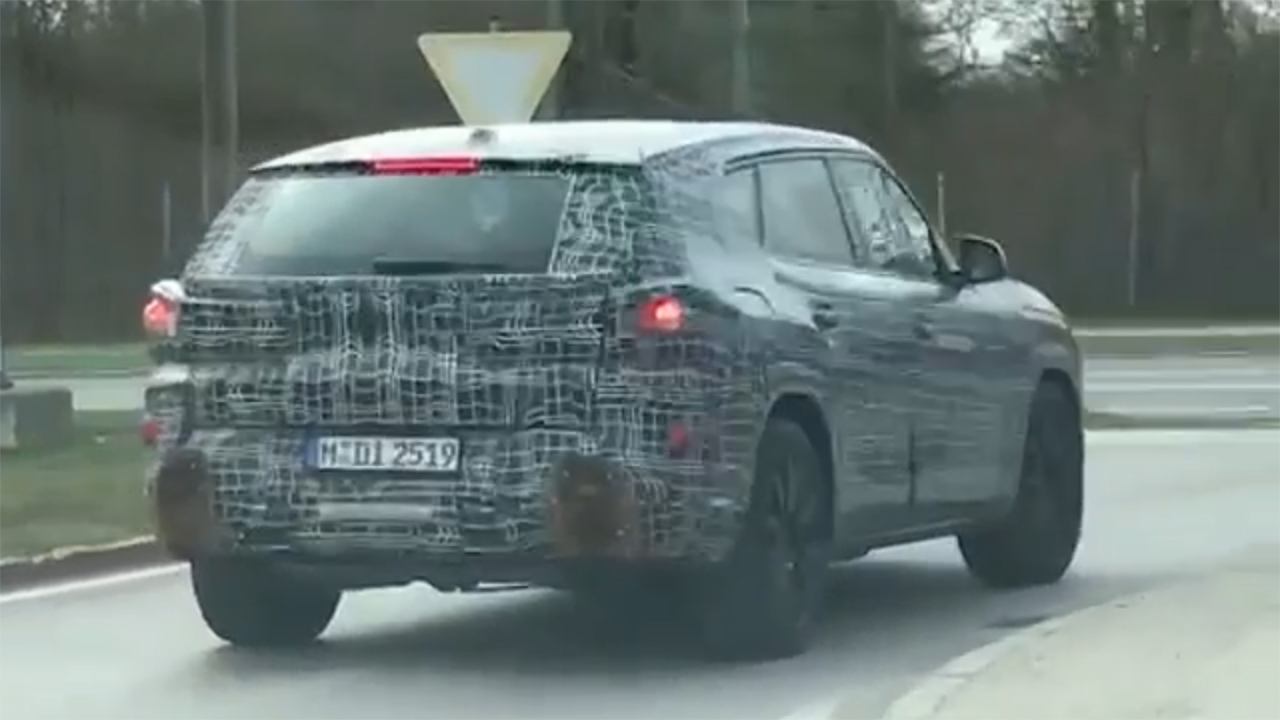 While BMW has yet to acknowledge the mysterious X8 M project, testing of the most luxurious BMW ever made – and potentially the most powerful – continues in Germany. A recent spy video by @kurt.muc shows a massive crossover test mule being driven around on public roads.

The front-end of the large SUV is clearly covered by a lot of fake body panels, so it’s hard to make out the actual design. But there are two things that immediately stand out. Firstly, the massive size of the potential BMW X8 M. The car certainly looks longer and wider than the X7, but with a fairly low stance and nice sloping roofline. The kidney grille looks smaller in this footage than on the X7, while the iconic headlights feature a split design with sleek graphics.

Secondly, this is without a doubt a plug-in hybrid vehicle. We’ve already heard rumors of a PHEV drivetrain in the X8 M and the sticker on the side door confirms that at least this test mule is using some electric power under its sheet metal. Inside, we expect a posh and upscale design, dramatically different than the one on the X7. More refined materials, full leather upholsteries, new digital screens together with likely the new iDrive 8.

The rumormill further churns out that the future BMW X8 M models could come in two flavors: the standard version, with an output of 460 kW / 625 PS (617 hp), and the upper-end X8 M Competition, which is set to become the first electrified full M model in history. The future X8 M Competition will pack a hybrid powertrain combining a V8 petrol engine and an electric unit that together will raise the peak output up to staggering 552 kW / 750 PS (740 hp).

Considering that this test mule is still in the early public testing stages, we expect the BMW X8 M – and its variants – to arrive sometimes in 2022.  And without a doubt, the future BMW X8 M aims to outshine the Stuttgart rival, which lacks any competitor in this upscale niche. Same goes for the Ingolstadt-based Audi which only sells the Q8 at the top of their lineup.