SPIED: Could this be an Electric BMW 2 Series Test Mule?

Home » Spy Photos » SPIED: Could this be an Electric BMW 2 Series Test Mule? 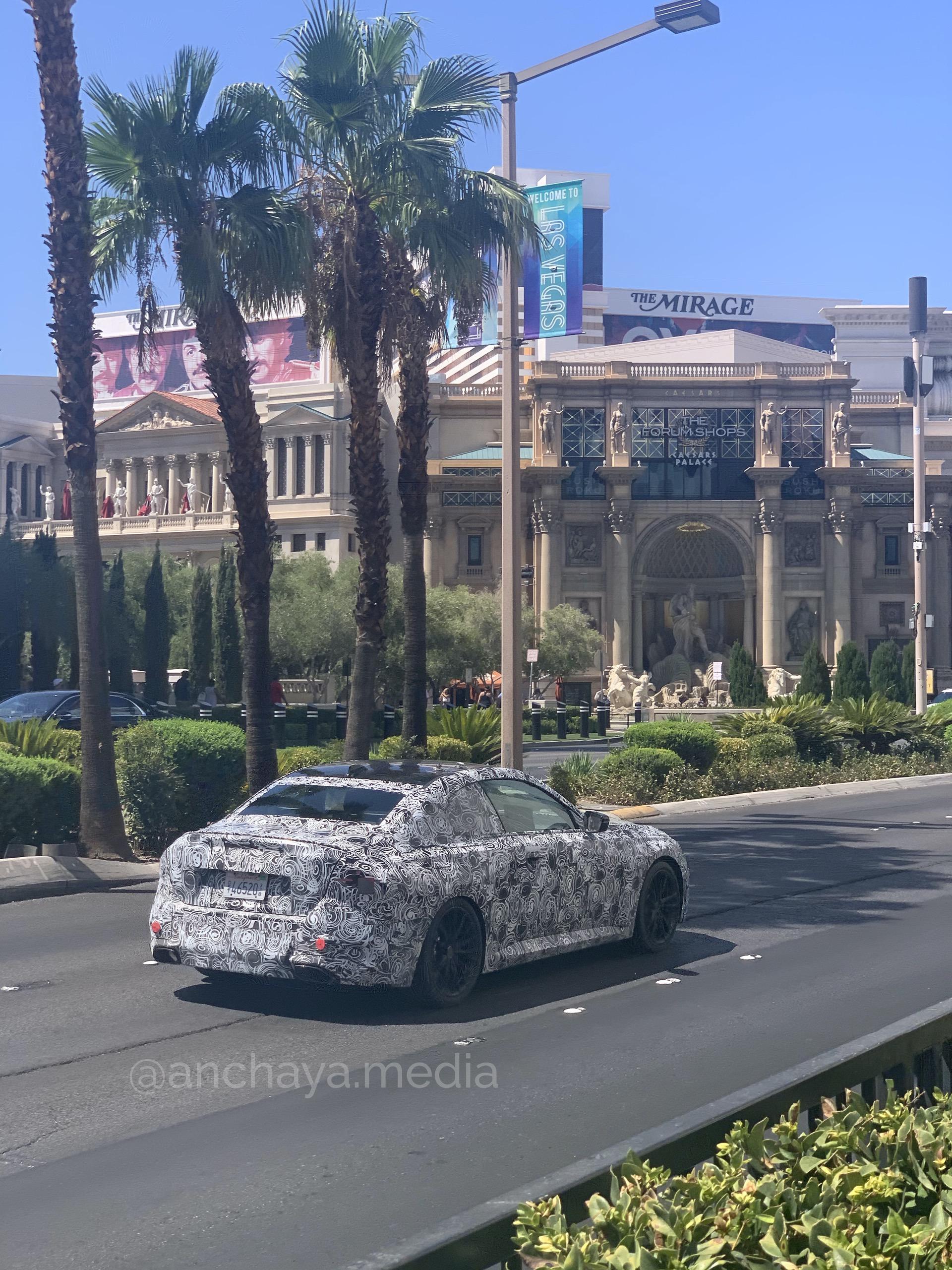 We know that BMW is currently in development of many new electric vehicles but, after that, the details of what the brand is working on are a bit fuzzy. Originally, BMW claimed it was working on a modular architecture that was flexible for both internal combustion and electrification. However, now it’s apparently working on a bespoke EV architecture. So we’re a playing catchup a bit, with the Bavarians. Which is what makes the specific BMW 2 Series in these spy photos so confusing. (We don’t own ’em but you can see the photos here)

In these photos, you can see what is clearly a BMW 2 Series but one that’s a bit different from a standard car. For starters, it seems to be some sort of high-performance variant. It has louvers on its hood and massive carbon ceramic brakes. The car seems to have started off life as a BMW M2 but that doesn’t seem to be what it’s becoming.

Out back, you can see that it lacks exhaust pipes altogether, instead having just a smooth piece of black plastic where the exhausts used to be. There’s also an extension underneath the car’s body, which seems like it could be the bottom of a battery pack. Could this possibly be some sort of electric 2 Series test mule and BMW just snatched an old M2 body to test it, being that the M2 is no longer in production for Europe?

At first, we were a bit confused because there are no “Electric Test Vehicle” stickers on this car, which are required for testing in Europe to allow safety personnel know there are lithium-ion batteries on board, in case of an emergency. However, there is a triangular sticker on the trunk lid, with some words we can’t make out, and what seems to be a red lightning bolt. So maybe that’s the sticker claiming it to be an EV? We don’t know for certain.

It’s not often we’re stumped by spy photos, as our inside info is usually quite good. However, this one has us stumped. We’re guessing it’s some sort of test mule for an electric powertrain to power the next-generation 2 Series. But don’t quote us on that just yet.