BMW i3 gets a new competitor – 2022 Chevy Bolt EV hatchback 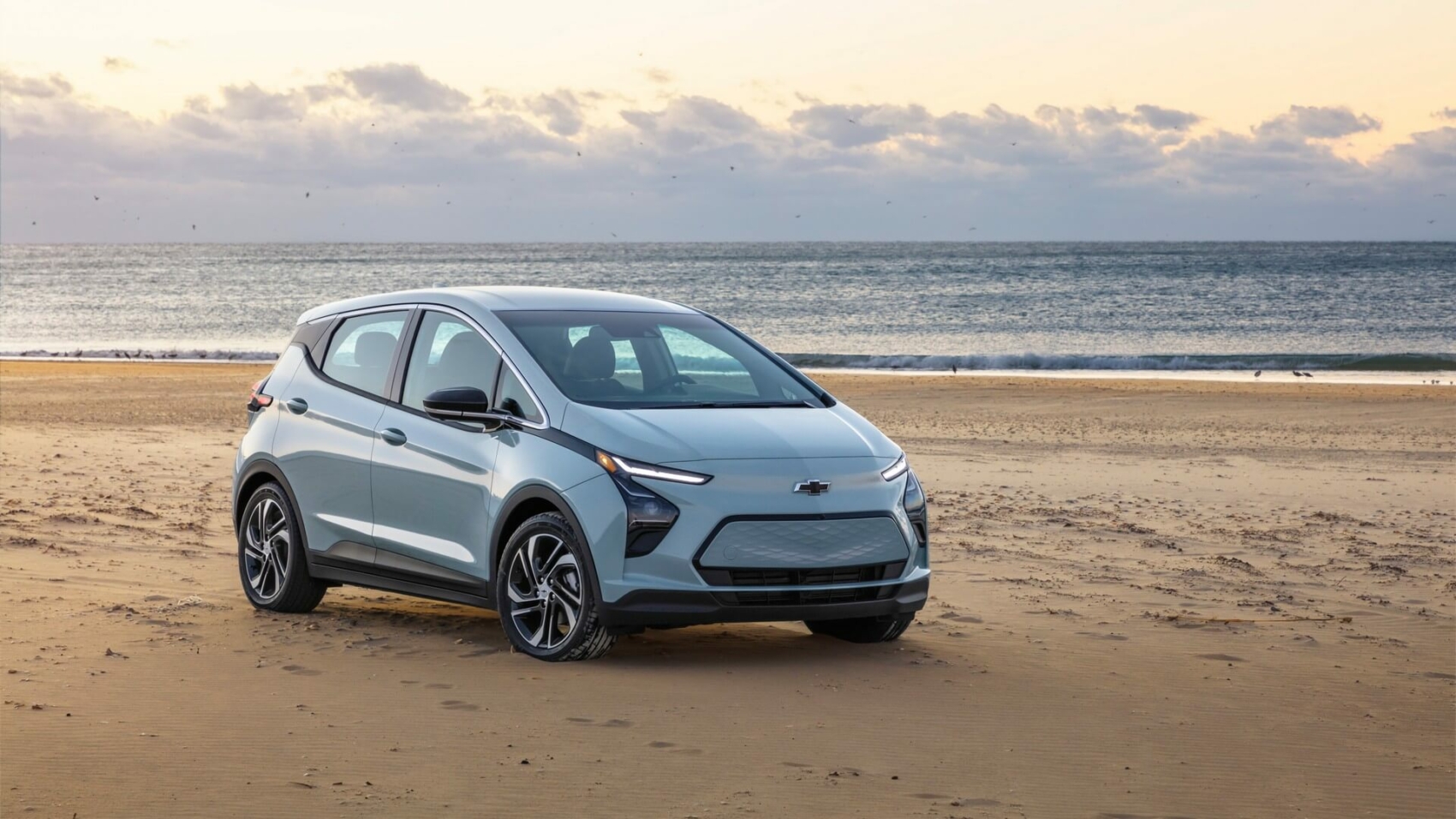 The updated 2022 Chevy Bolt hatchback is finally here and will continue to take on the BMW i3 electric hatchback. The electric car launched in 2017 has already racked up more than 100,000 sales, with 75 percent of customers in the United States buying a General Motors product for the first time. To sustain the strong sales momentum, the company with the bowtie emblem is giving the electric hatch some revisions.

For the 2022 model year, the Chevy Bolt boasts a redesigned, more upright front fascia as well as revised LED front and rear lighting signatures. The daytime running lights positioned up high at the front lend the zero-emissions hatchback a more modern look and separate it from the pre-facelift variant. These subtle changes have worked wonders for the Bolt, but the more significant revisions are actually inside. 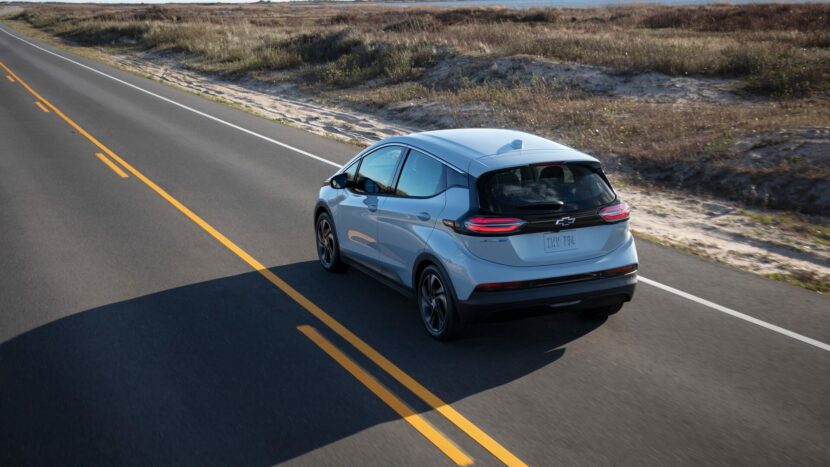 From the instrument panel and controls to the seats and gear shift lever, a lot of upgrades have been implemented inside. For example, the 2022 Chevy Bolt has a revamped 10.2-inch touchscreen for the infotainment system with built-in climate controls. It’s accompanied by an 8-inch driver’s display that can be reconfigured to show a variety of details depending on preferences.

The overhauled electronic gear shift boasts pull toggles and push buttons, allowing Chevy to free up more space inside. The 2022 Bolt has also received a one-pedal driving button to enhance regenerative braking by keeping the system active between drive cycles.

You’ll also notice a flat-bottomed steering wheel with the company’s logo blacked-out and the aforementioned Regen on Demand paddle. Those seats mentioned earlier have a triangular geometric pattern and come with contrasting color stitching.

Equipped with a 65-kWh, lithium-ion battery pack, the 2022 Chevy Bolt EV can cover up to 259 miles (416 kilometers) on a full charge, according to GM’s estimations. Thanks to standard DC fast-charging capabilities, owners gain 100 miles (160 kilometers) of range in as little as half an hour. The battery comes with an active thermal management system and is backed by an 8-year / 100,000-km limited warranty. In comparison, the 2021 BMW i3 has an electric range of 153 miles.

The 2022 Chevy Bolt EV is powered by a single electric motor producing 200 horsepower (155 kilowatts) and a near-instant torque of 360 Newton-meters (266 pound-feet). 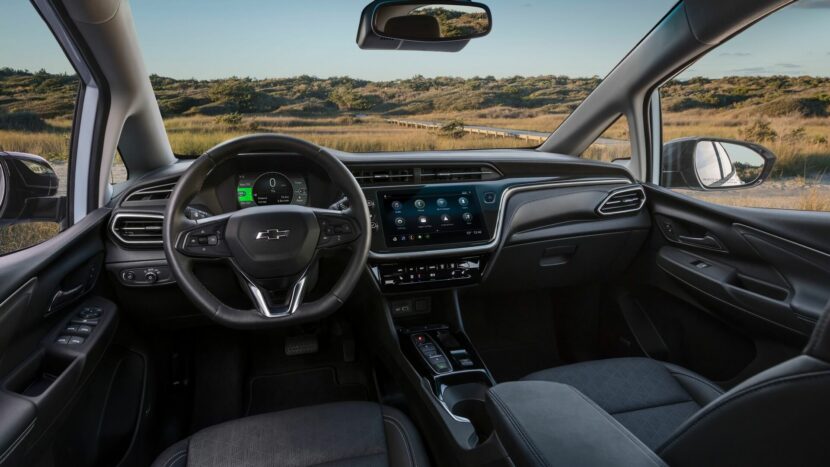 Perhaps the best part about the 2022 Bolt is its significantly lower asking price as it has gone down by more than $5,000 compared to the model it replaces. It now starts at $31,995 before any applicable incentives. For your money’s worth, Chevy installs a high-definition rearview camera and a lot of safety kit: front pedestrian braking, automotive emergency braking, lane keep assist, forward collision alert, lane departure warning, and others.

At an additional cost, the 2022 Chevy Bolt EV can be had with adaptive cruise control, HD Surround Vision, and Rear Cross Traffic Alert. Wireless Apple CarPlay and Android Auto are also available, along with wireless smartphone charging and Wi-Fi hotspot through a 4G LTE connection.

Chevy will have the updated Bolt EV on sale in the United States this summer. 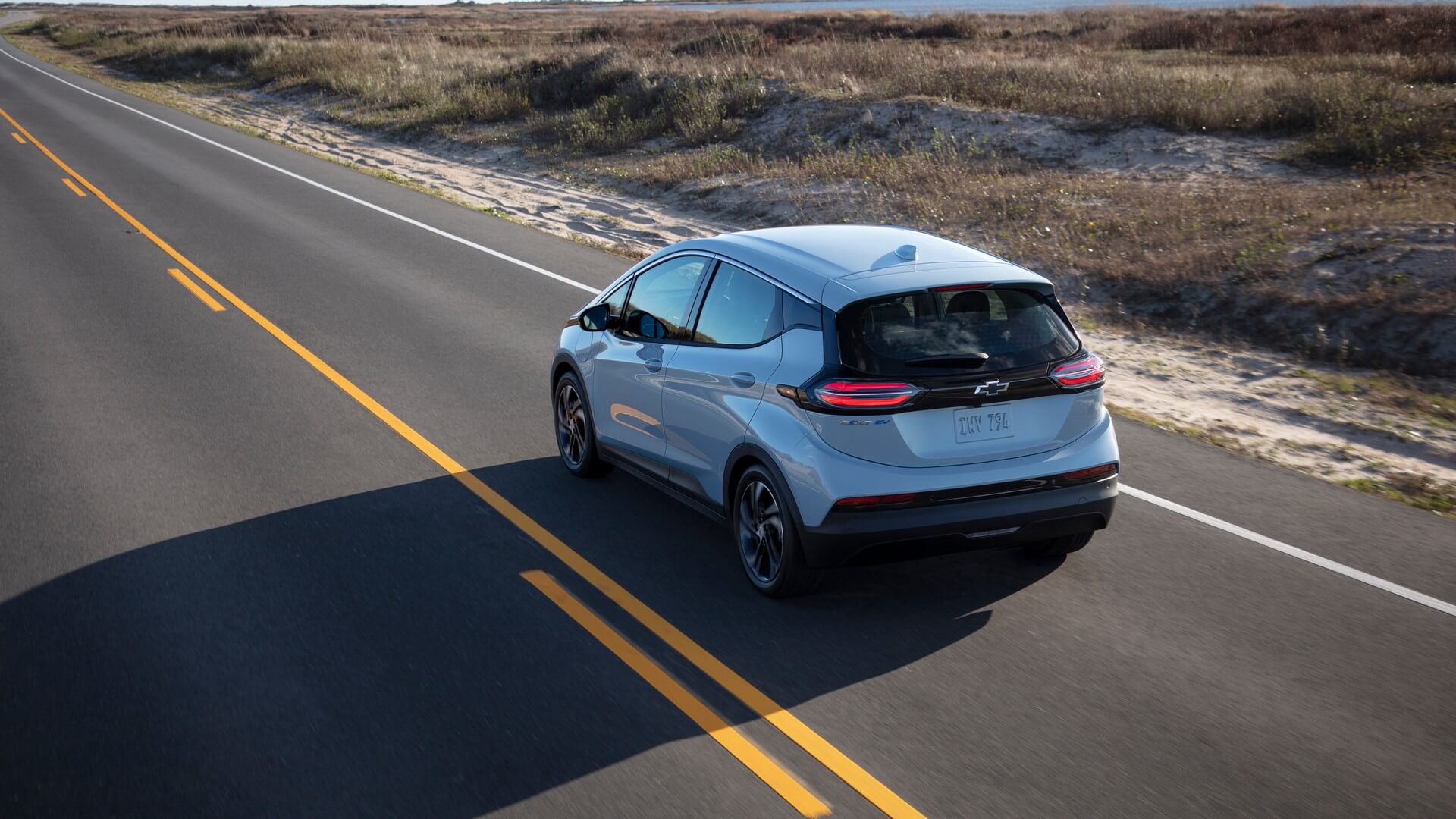 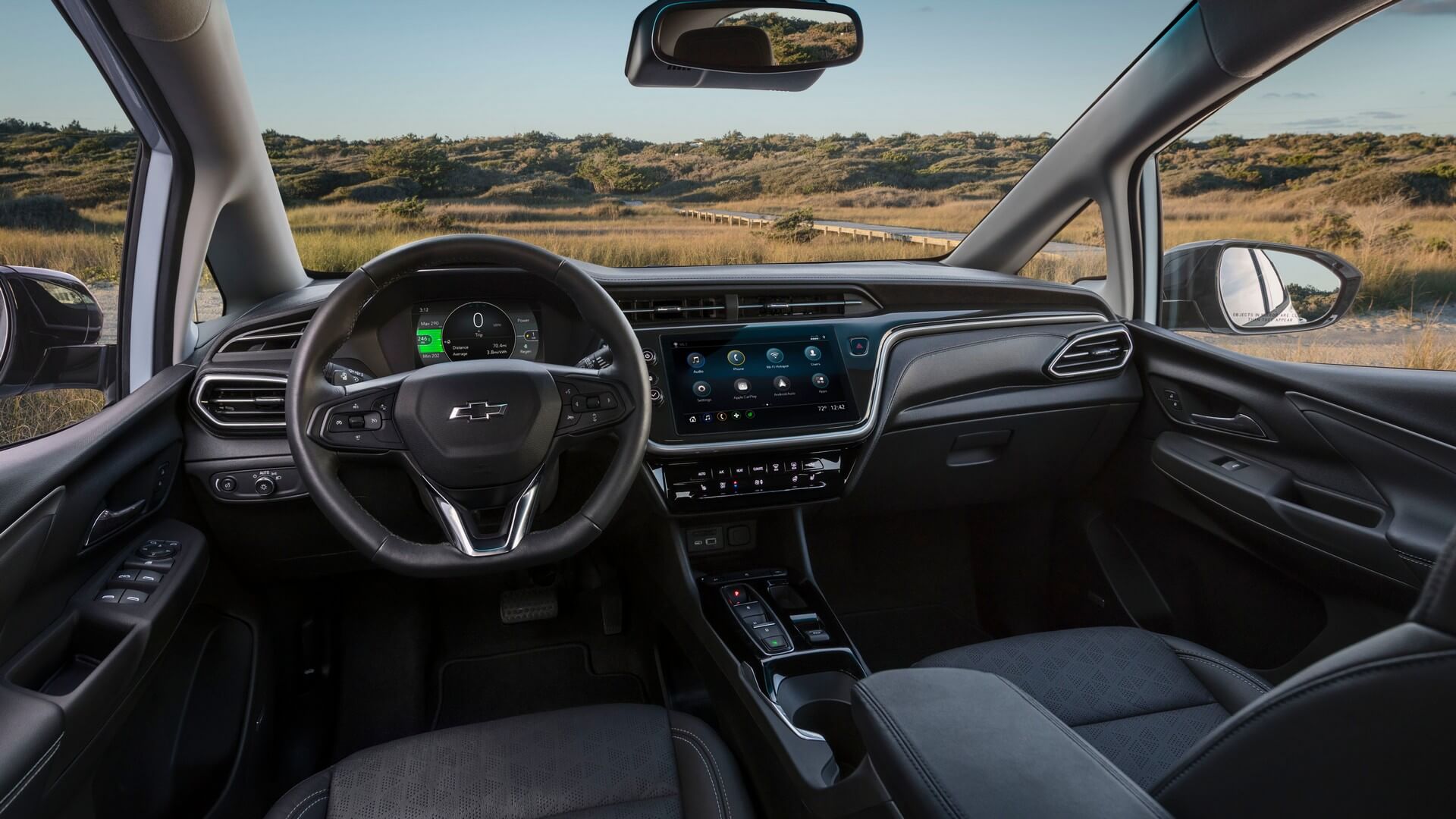 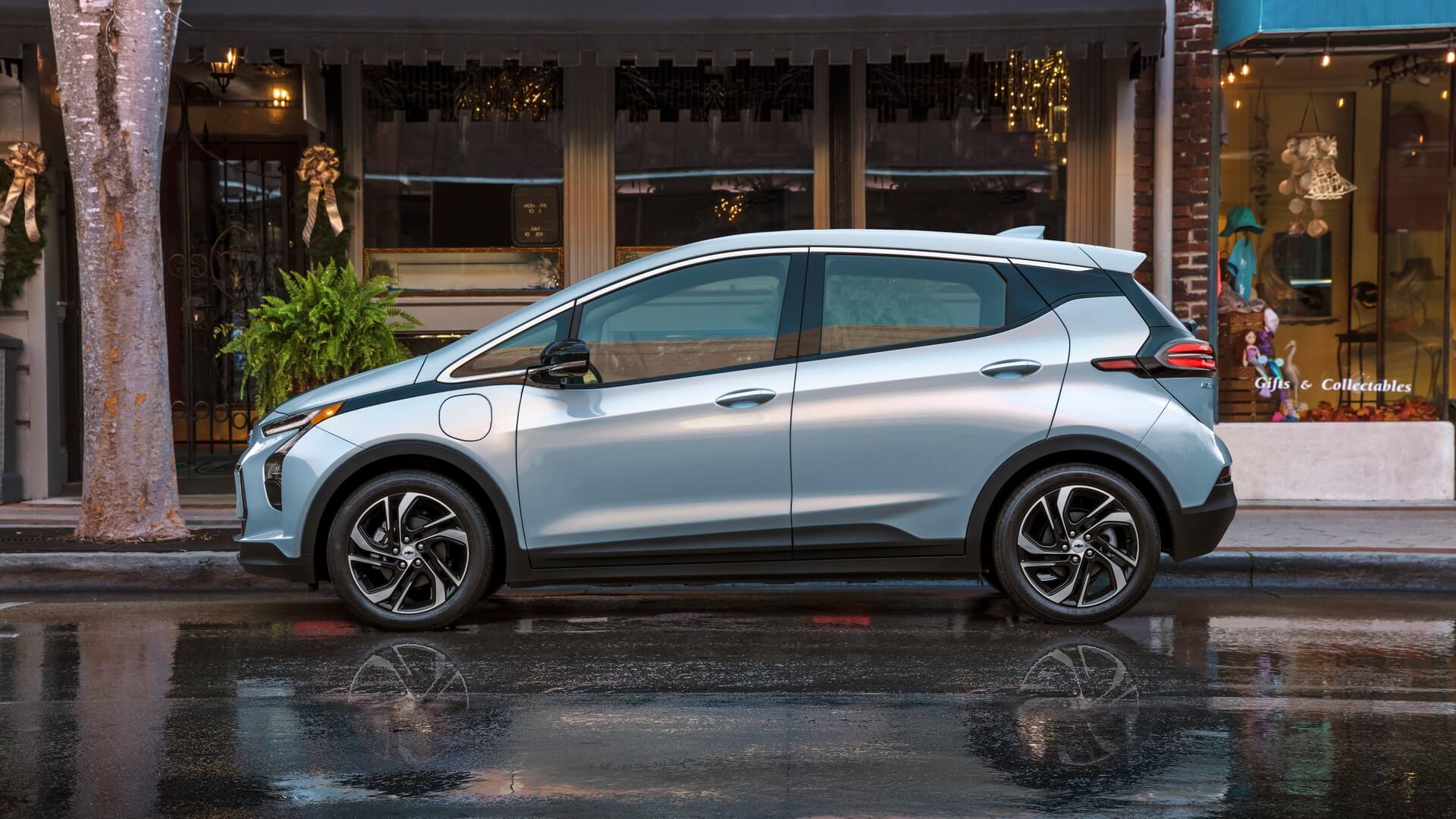