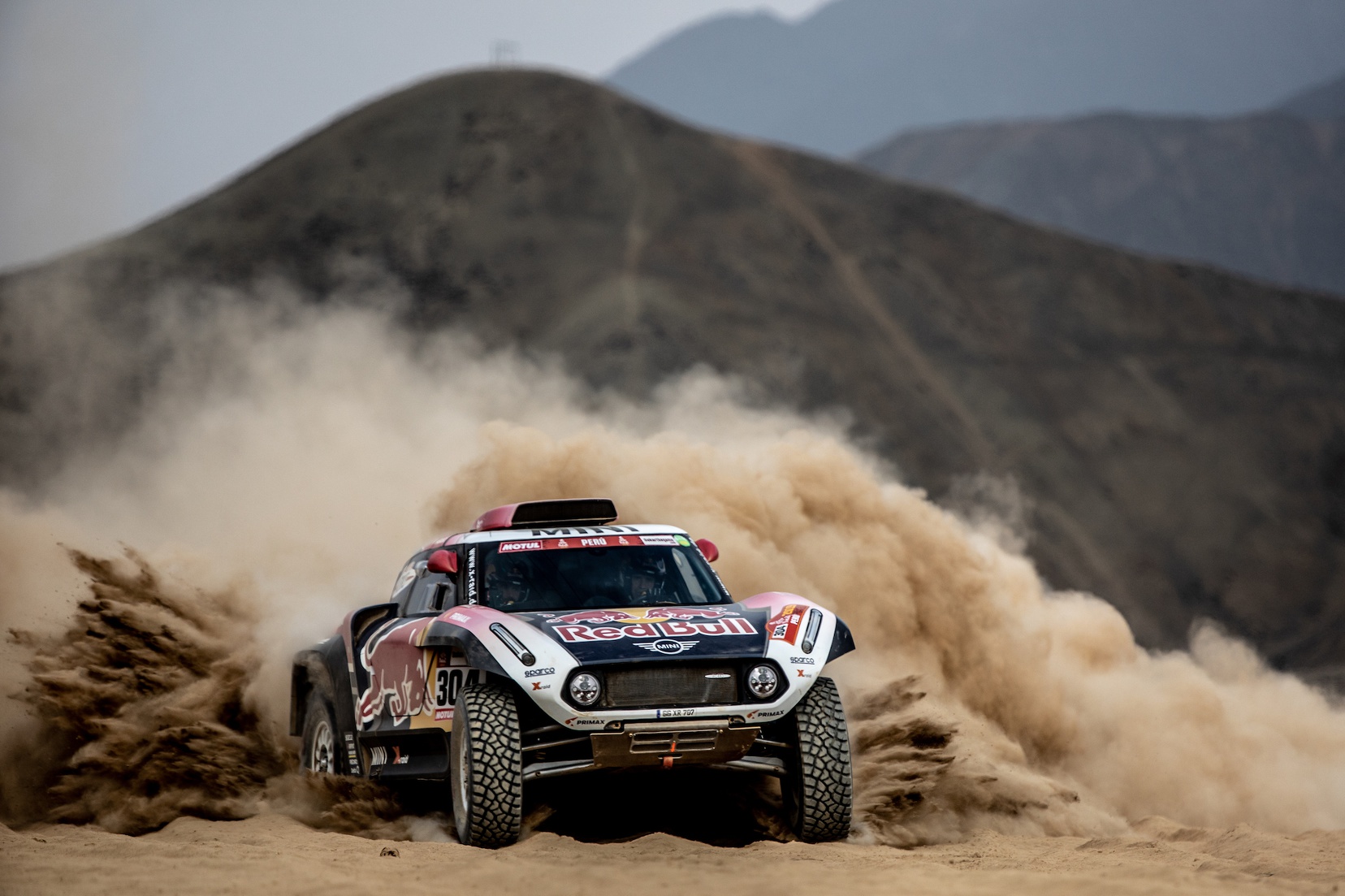 The eighth stage of the 2021 Dakar Rally brought along a couple of surprises as well as a continuation of the duels we’ve been getting used to. Thirteen-time Dakar Rally winner, Stephane Peterhansel is still in the lead without winning a single stage so far, with only four to go. However, following a lackluster performance in Stage 8, the Frenchman’s lead is shrinking in favor of his main rival, Nasser Al-Attiyah.

The Quatari driver managed to claim his fourth stage win completing the 375-kilometer stretch between Sakaka and Neom first. It wasn’t smooth sailing for the Toyota driver either, as he had lost some valuable time in the first stages, at one point being eight minutes behind Peterhansel. However, Al-Attiyah pushed hard and went into the lead at the first waypoint. Up until then, Carlos Sainz had been at the very front, followed by Yazeed Al-Rajhi. 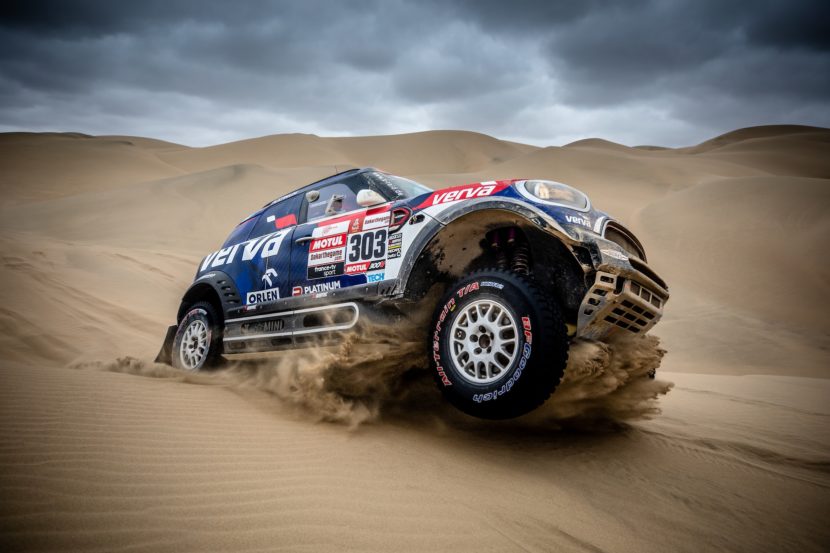 Peterhansel wasn’t sitting idly by either. He actually overtook Al-Attiyah by Waypoint 4 in his MINI X-Raid buggy but in the end couldn’t win because of a technical problem. Therefore, the stage win went to Overdrive and their Toyota Hilux. The Quatari driver managed to put just under a minute between him and the runner up, Carlos Sainz. Peterhansel came in third, 3 minutes and 3 seconds slower than Al-Attiyah.