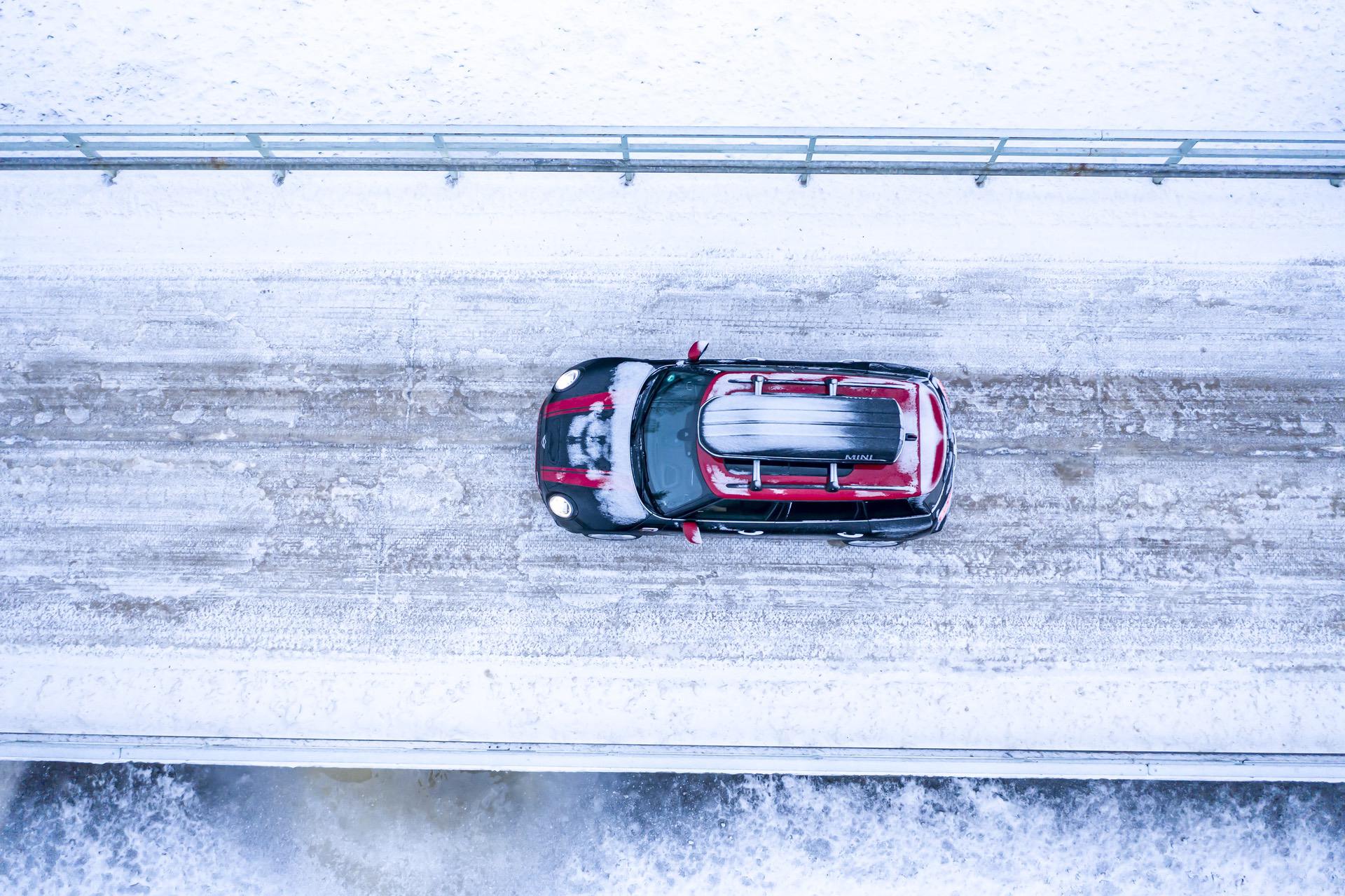 The MINI John Cooper Works Clubman continues its adventures around the world and this time around, it stops in Finland. The practical and versatile MINI travels on winter roads to reach Lapland’s capital city of Rovaniemi. Located in the Arctic Circle, the Santa Claus Village in Rovaniemi is known as “Santa’s official North Pole residence”. Naturally, it’s one of the most popular tourist attractions in Finland.

The region of Lapland extends over the entire north of the countries of Sweden, Norway, Finland and Russia. It encompasses the settlement area of the Sámi indigenous people, whose culture and history are documented in a museum in the village of Inari. Anybody who has made it this far, may well be thinking about continuing their journey up to the North Cape on the Norwegian island of Magerøya. 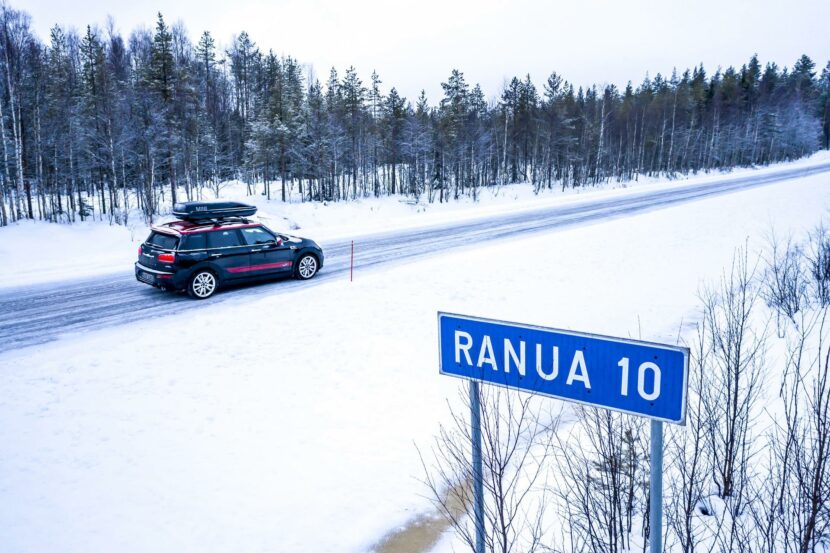 Of course, the northern lights are another must see in these parts of the world. A bucket list for anyone, including this MINI JCW Clubman. From there, you can travel to Ranua Wildlife Park which provides a stunning introduction to the animal world of the Arctic. It is located on the outskirts of the little town of Ranua approximately 80 kilometers south of Rovaniemi, and visitors to the zoo get an opportunity to see at close quarters elk, reindeer, brown bears and polar bears, wolves, arctic foxes and lots of other animals that are indigenous to northern Scandinavia. Wooden tracks and bridges wend their way past the spacious enclosures.

Arctic Fox Igloos are recommended when visiting the park, especially since they have their own sauna and a bedroom with panoramic viewing window looking north to provide an outstanding vantage point. Bring your camera since the sightseeings are quite extraordinary. 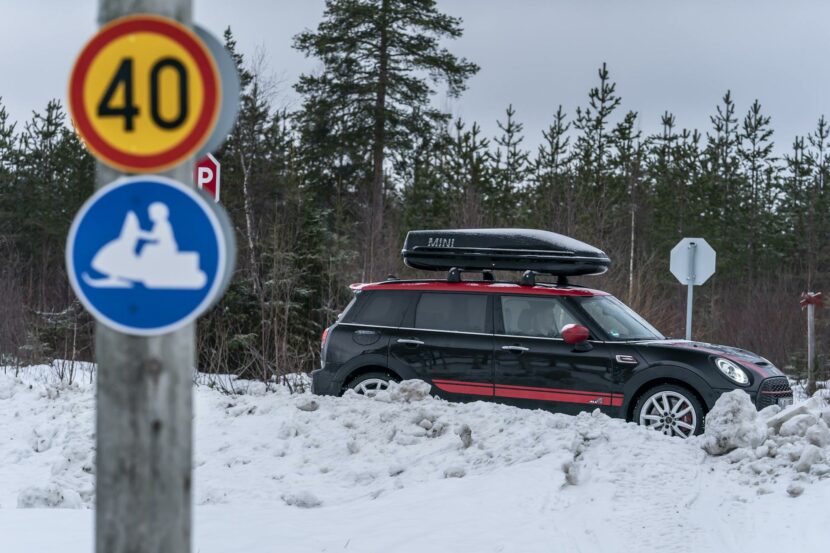 Even though overall exterior dimensions of the MINI JCW Clubman are likely to fall into the category of small vehicles, given the length of 4,266 mm and width of 1,800 mm, the interior is sufficiently practical and versatile, with lots of storage space and a decent cargo space of 360 liters. The access to the boot is further enhanced thanks to the two-door tailgate and its wide opening. It also makes for a great camping companion.

Under the hood lies a 2.0-liter petrol burner engine. The BMW B48 engine that powers the MINI JCW Clubman ALL4 is rated at peak output of 306 hp (225 kW), thanks to TwinPower Turbo technology. The 4-cylinder unit is also able to deliver a maximum torque of 450 Nm (332 lb-ft) starting as early as 1,750 rpm and offering it constantly up until 6,500 rpm. The 2.0-liter powerplant deploys its full army of horses beginning as high as 5,000 rpm till 6,250 rpm. Combined with the engaging sound, the turbocharged engine wants to provide a thrilling driving performance similar to a high-revving, naturally aspirated powerplant.

The acceleration is fast and sustained and reaching 100 km/h takes under 5.0 seconds, but when in Lapland, you should slow down and just enjoy the views! 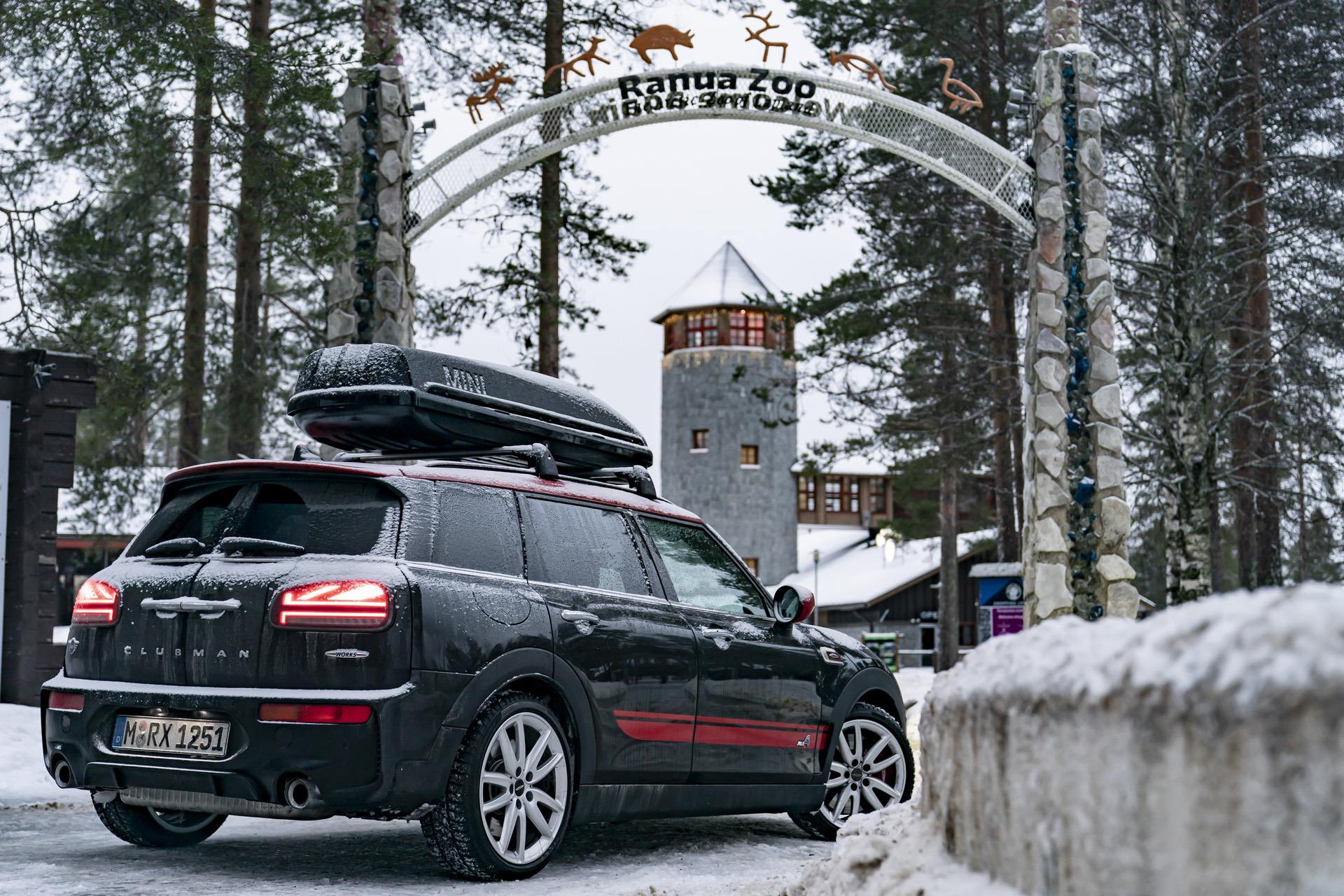 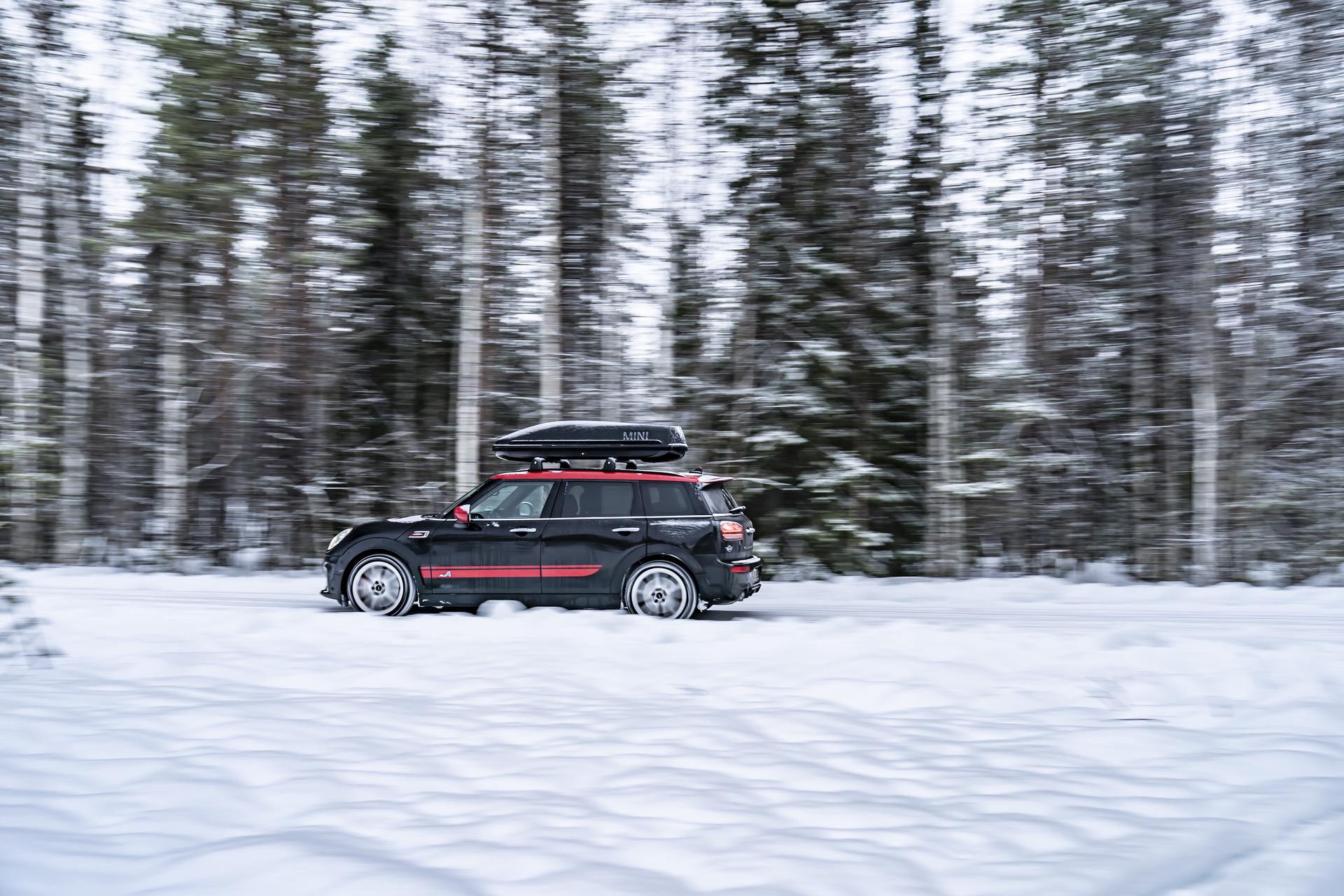 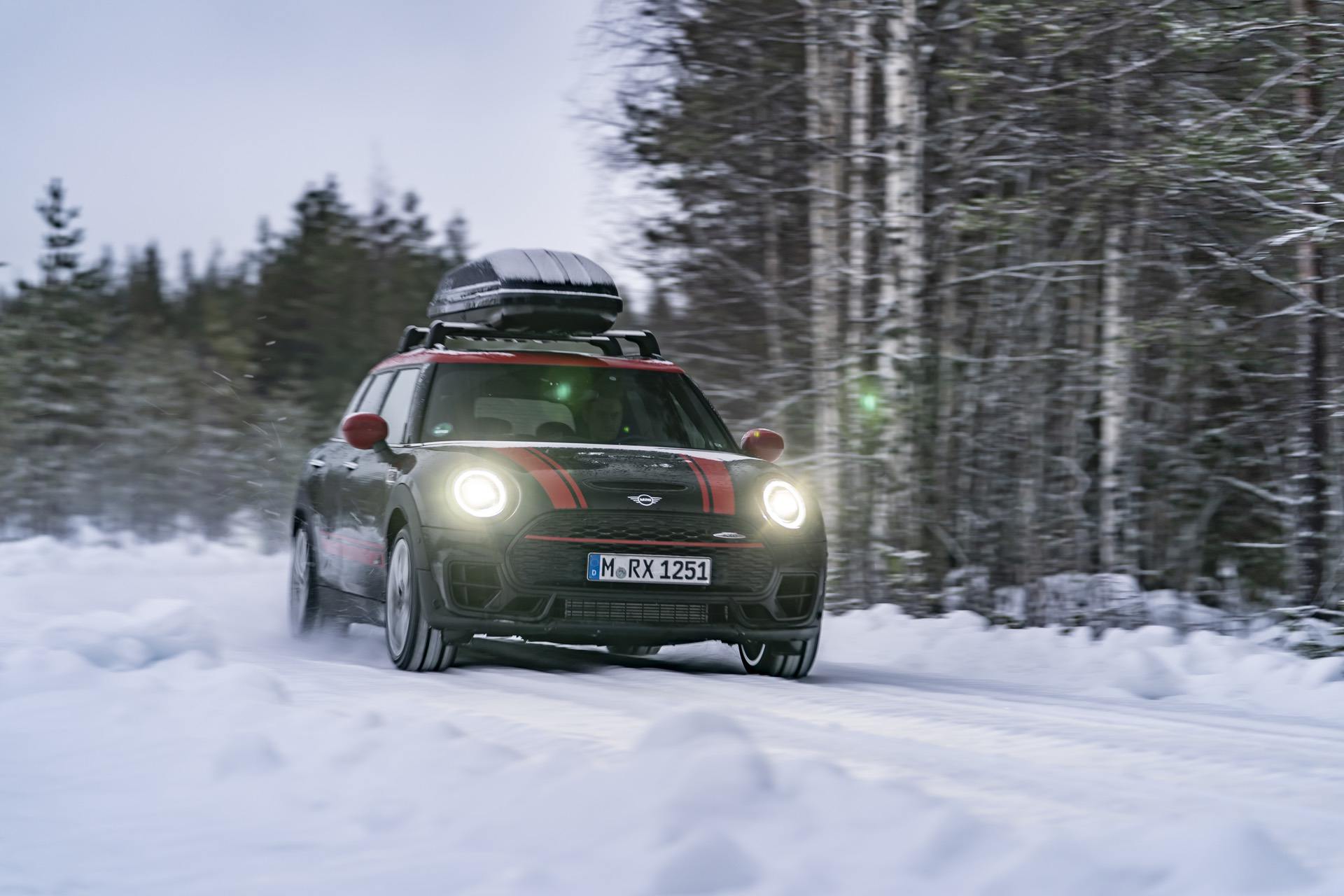 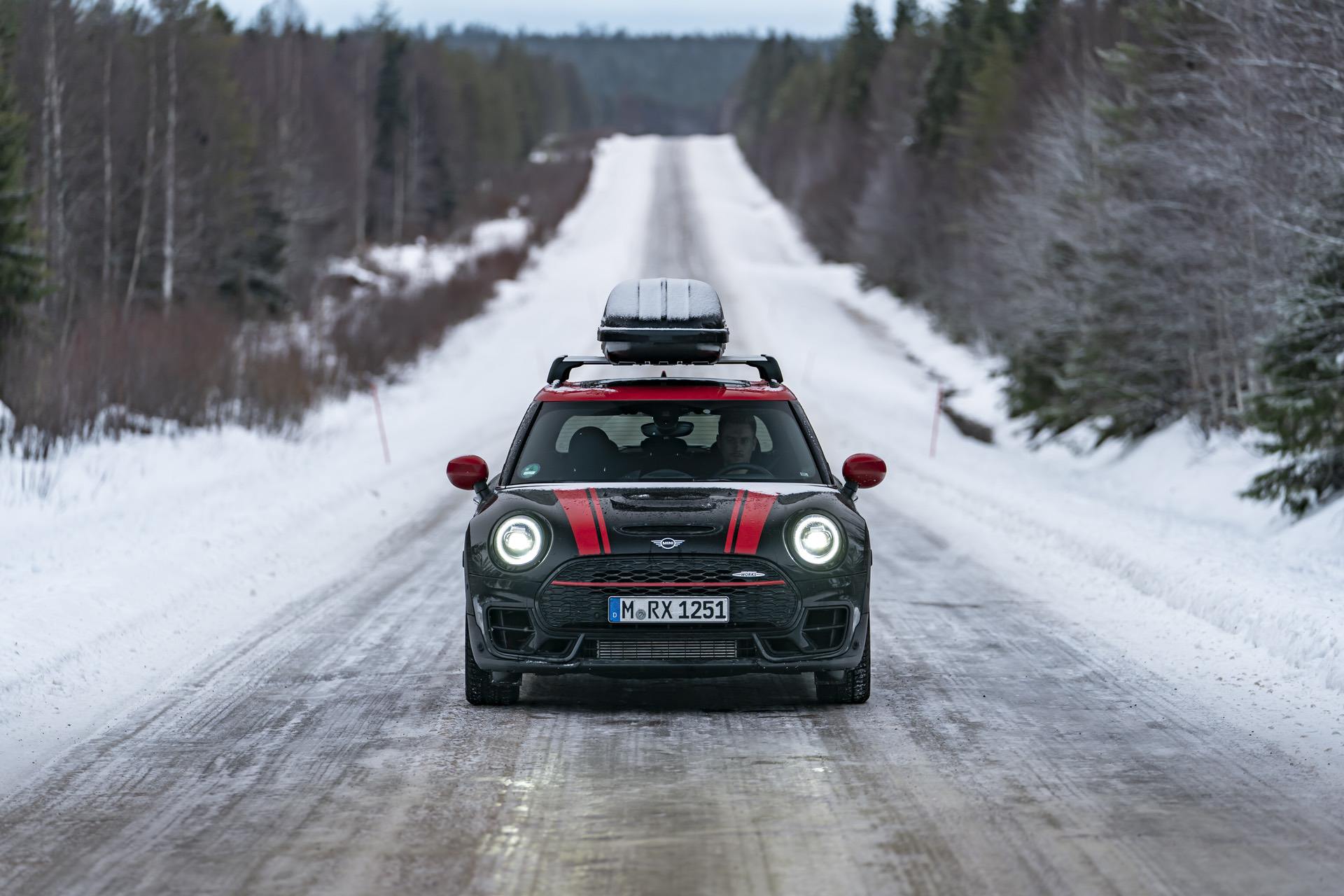 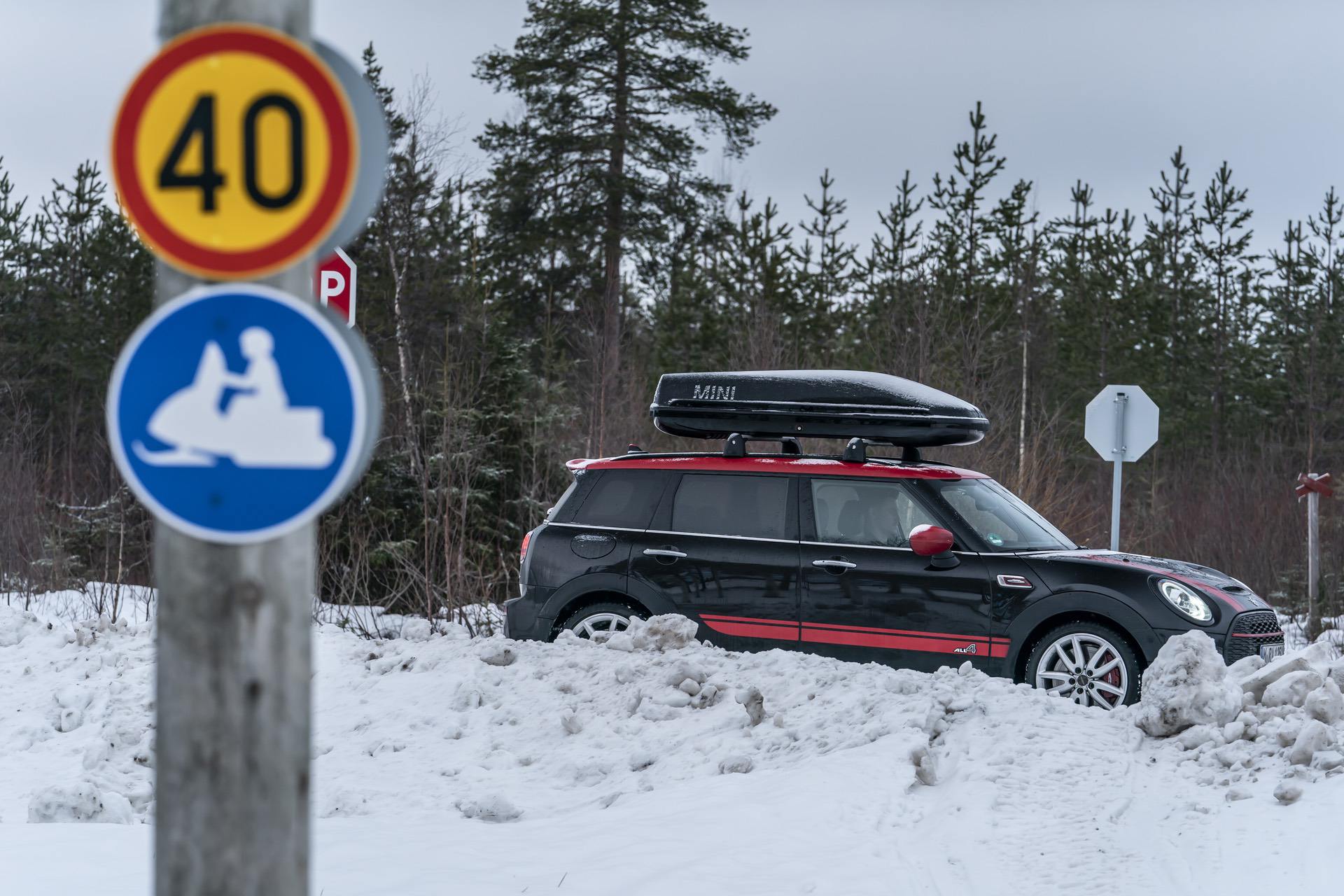 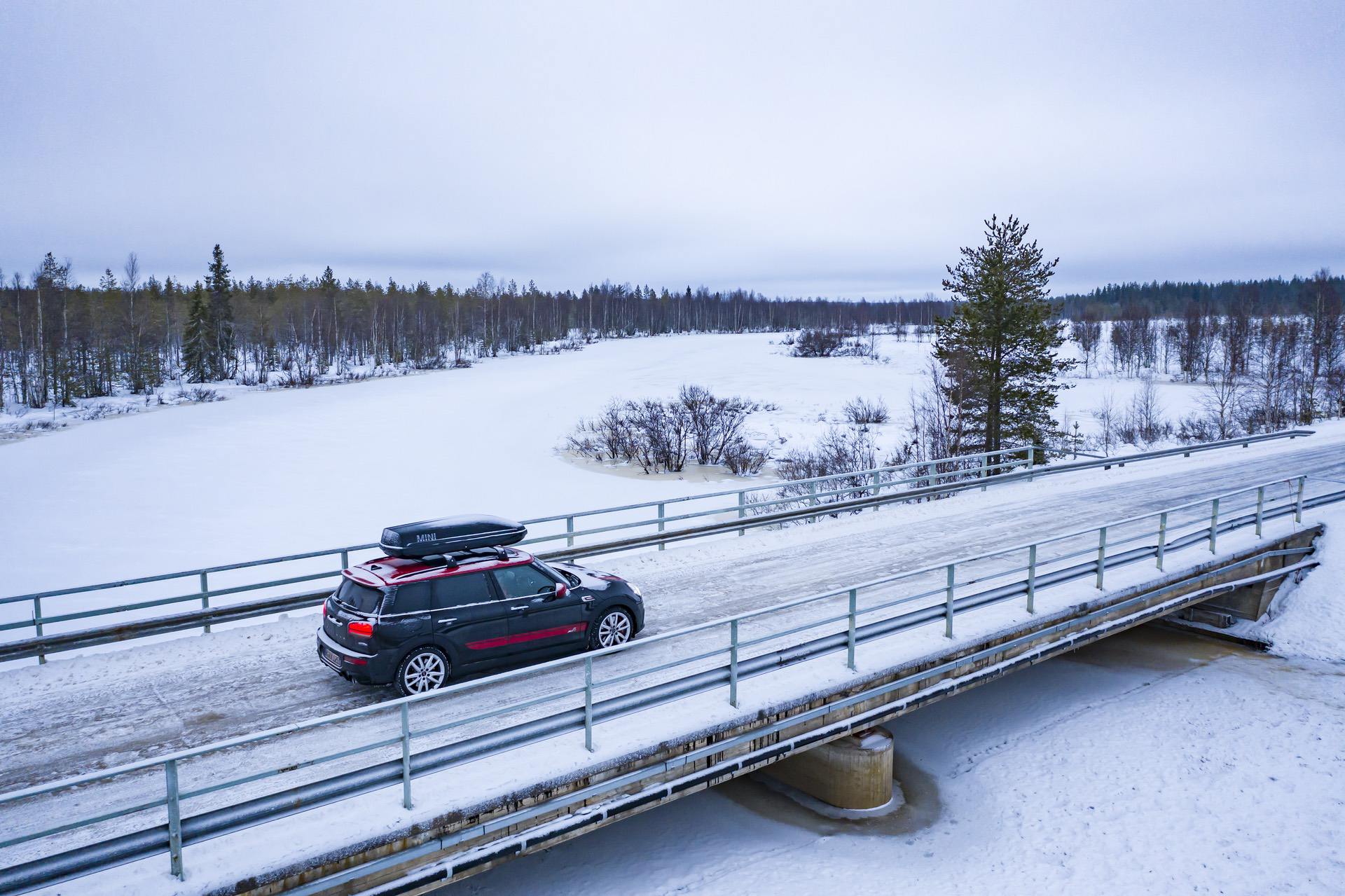 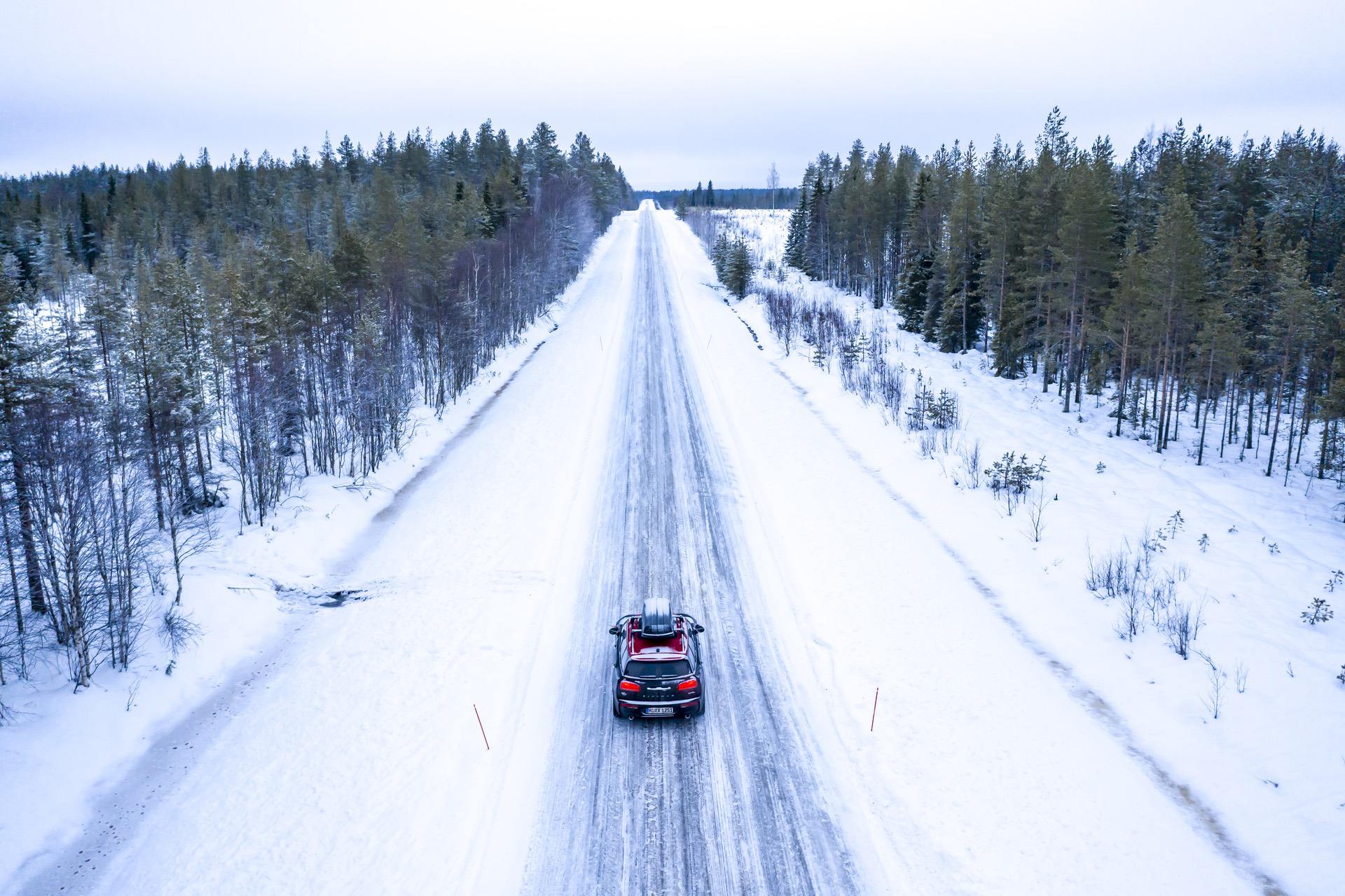 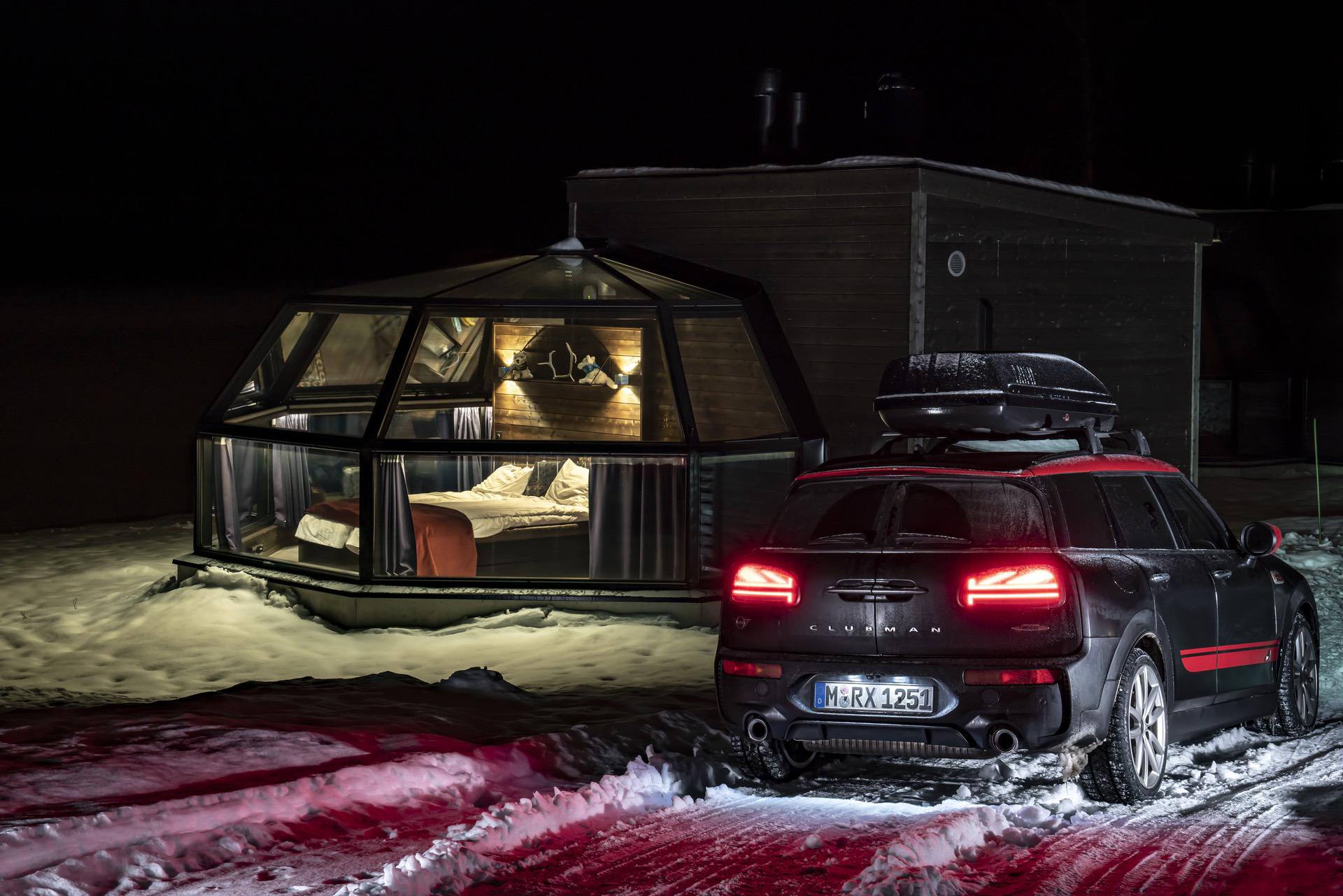