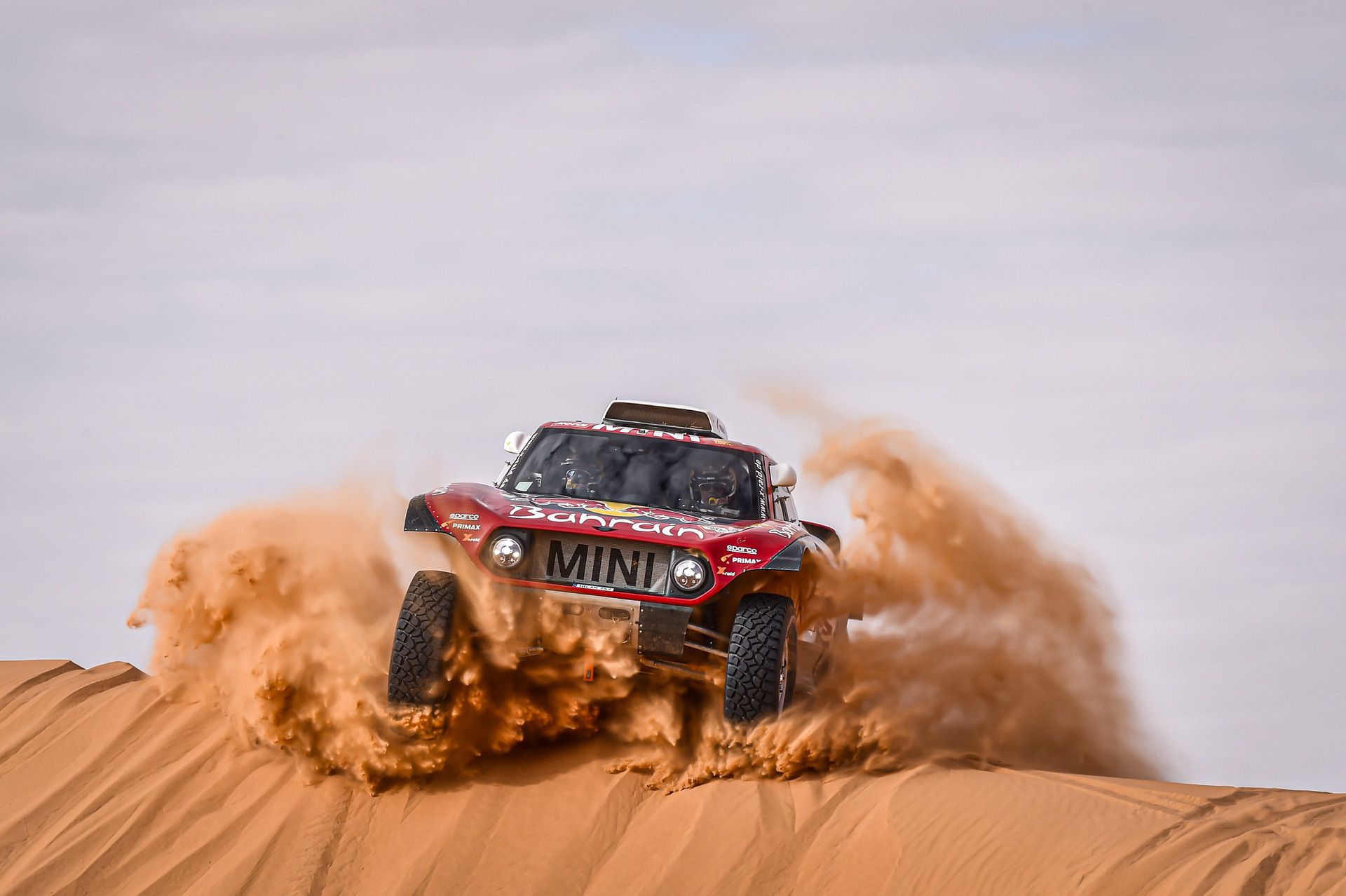 Stage 7 of the 2021 Dakar Rally didn’t bring huge surprises, even though for most of the 453-kilometer stage it looked like Stephane Peterhansel would tick his first stage win. The current overall leader was ahead of the rest of the competitors for a long stretch, up until the final sections. Unfortunately, a broken wishbone on his MINI X-Raid buggy meant he had to concede the number one spot and settle for a runner up finish.

The stage between Ha’il and Sakaki was the first of a two-day marathon where crews are not allowed to call for external assistance. This means Peterhansel had to improvise in the final sections to make it across the finish line. His lead was up to 4 minutes and 15 seconds at one point, only to see it all going away in favor of the winner, Yazeed Al-Rajhi and his Toyota Hilux, who crossed the line just 48 seconds ahead of the 13-time Dakar Rally winner. 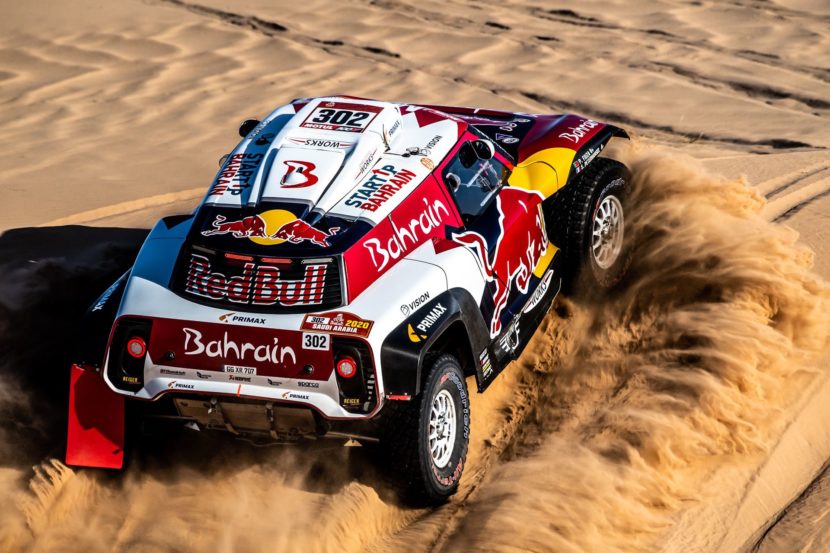 The number three spot went to Carlos Sainz who was just 27 seconds behind Peterhansel. It was a tricky ordeal for Nasser Al-Attiyah too, who didn’t quite find his pace in this stage, finishing fourth, nearly three minutes behind the leader. The top five was rounded off by Jakub Przygonski, team-mate at Overdrive with Al-Rajhi. He came in 12 minutes behind his colleague in the end.

With five stages to go, Stephane Peterhansel is still leading right now, increasing his advantage over his main rival, Al-Attiyah, thanks to these results. He is now 7 minutes and 53 seconds ahead of the Quatari driver who is still second. Third place is still held by Carlos Sainz and his MINI X-Raid buggy, who is 41 minutes and 6 seconds behind his French teammate. Jakub Przygonski is fourth while former MINI driver Nani Roma is in fifth overall, nearly 2 hours behind the number one spot.