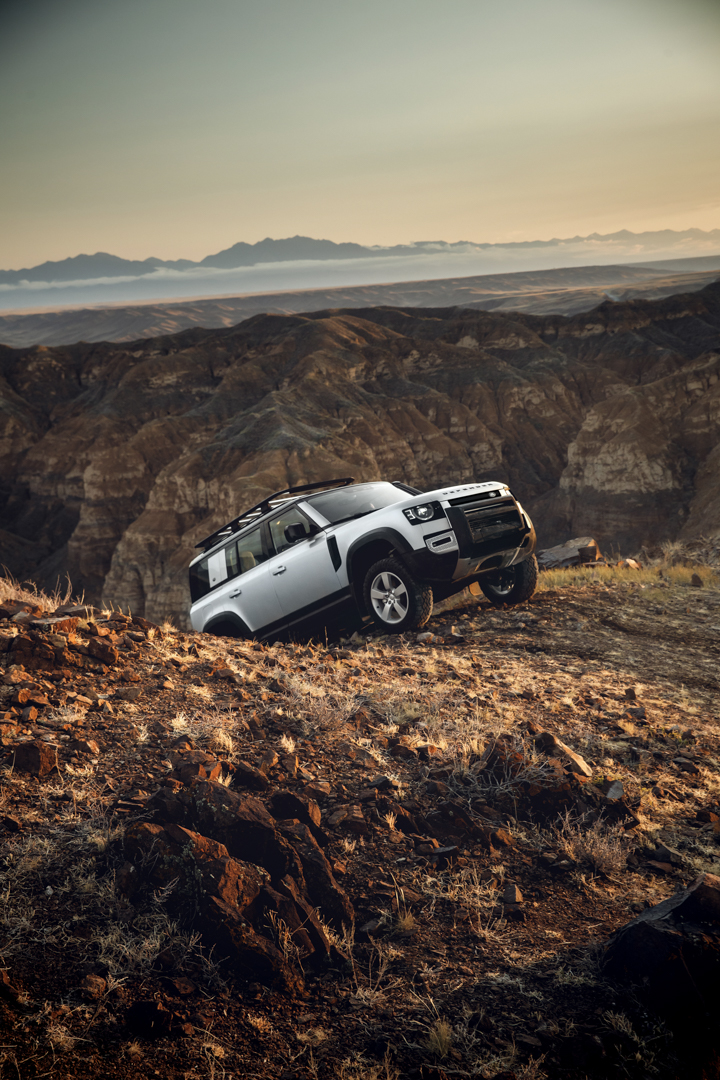 Awhile back, prior to the release of the new Land Rover Defender, rumors began to swirl about such a car gaining an optional BMW-sourced V8 engine. In fact, the rumor was that the entire Jaguar Land Rover group would use BMW-sourced engines for their big V8s. Such rumors came about after JLR’s partnership with BMW on hybrid technology but neither brand has either confirmed or denied such rumors. Since then, they died off and we haven’t heard much since. Until today.

Of course, these are all still just rumors but new spy photos of the Land Rover Defender were released, hinting at a V8-powered model. While nothing official has been said one way or another, rumors are again swirling about the V8 Defender getting a 4.4 liter twin-turbo BMW V8.

Every site that’s picked up the spy photos seems to mention the rumor, so maybe there is some truth to it. As of right now, we honestly don’t have the slightest idea whether or not these rumors have any merit but a BMW-powered Land Rover Defender is an idea we’d like to entertain.

If such a partnership were to occur, it’d likely be due to the fact that JLR’s 5.0 liter supercharged V8 is far too old to be competitive anymore. While it was a great engine when it debuted back when cavemen still drew buffalo on cave walls, and it’s admittedly still very fun to use today, it’s just not powerful, nor efficient, enough to keep up with its German rivals. BMW’s 4.4 liter twin-turbo V8, in its latest iteration, is also a bit old but still highly competitive in terms of both performance and efficiency.

More than that, JLR isn’t exactly on the best financial footing, so investing in its own new V8 is likely a bit too much for the British brand to handle. Borrowing a V8 instead would be more financially sound and, since Land Rover has worked with BMW in the past (BMW actually used to own Land Rover), the two brands are familiar with each other. Especially so, now that they’re working on hybrid tech together.

Again, we don’t have any concrete info one way or another, as neither brand will comment on the matter. Though, it actually does make a lot of sense, from the outside looking in, for the two brands to collaborate. Also, it’s a bit of wishful thinking on our end, as it would be really cool, as BMW enthusiasts, to have the coolest new SUV on the road powered by a stonking BMW-sourced V8.