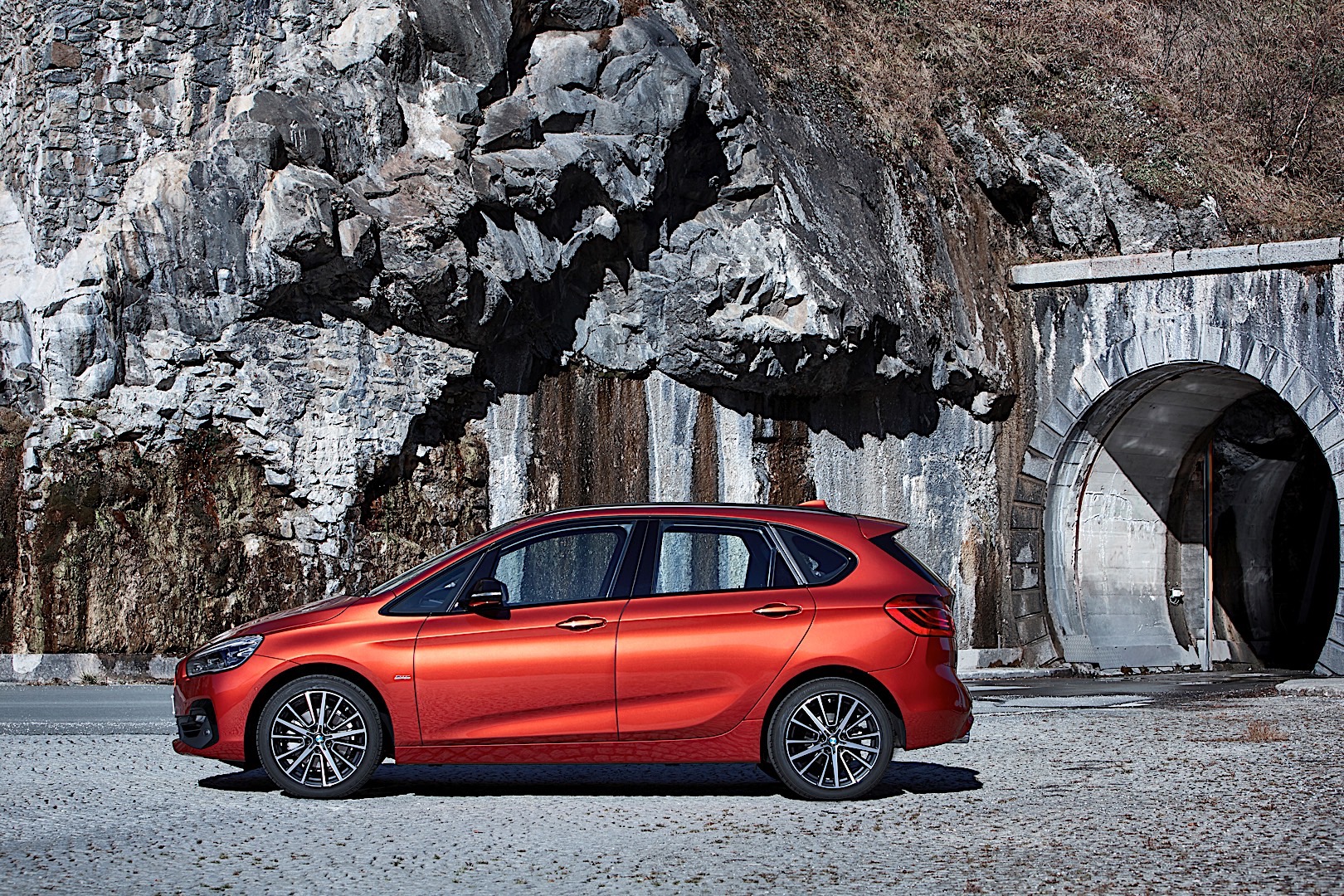 BMW’s least exciting model has just been caught doing some testing, as it readies itself for a second generation. While the BMW 2 Series Active Tourer isn’t exactly an enthusiast model, being that it’s essentially a minivan, it’s a model that seems to be popular with customers. European buyers seem to appreciate the 2er AT’s blend of comfort, interior space and practicality. So BMW is working on a new model and it’s just been seen doing some winter testing in the snow.

In these new photos, we see the next-gen 2 Series Active Tourer in full camouflage, though there are some details we an make out. For instance, it seems that slippery aerodynamics were of paramount concern when designing the new 2AT, as the door handles look flush to the body work and the side mirrors sit low on the door panels, rather than on the A-pillar. That sort of aerodynamic design will improve both efficiency and keep interior noise at a minimum, both of which are high attractive attributes to buyers in this segment.

There’s also likely to be some sort of electrified model in the future, so the added aerodynamic efficiency will be welcome when that finally happens.

In terms of its actual design, the new 2 Series Active Tourer gets some bigger kidney grilles, new headlights and an overall more hatchback-like shape. It also seems to get a decent looking Hofmeister Kink. The heavy camo and seemingly smooth design both prevent us from seeing much of the body work in these photos, so there’s not much else to see.

The photos also show off just a glimpse of the interior, which seemingly sports a new-ish steering wheel design and some big screens. Though, it should be business as usual for modern BMW interiors.

While almost no enthusiasts are going to lie awake at night, anticipating the launch of the new BMW 2 Series Active Tourer, its debut will likely be exciting to many customers. There are a great number of European buyers who enjoy the charms of the little 2AT, so this new car will be an important one for BMW. Let’s hope it’s good.