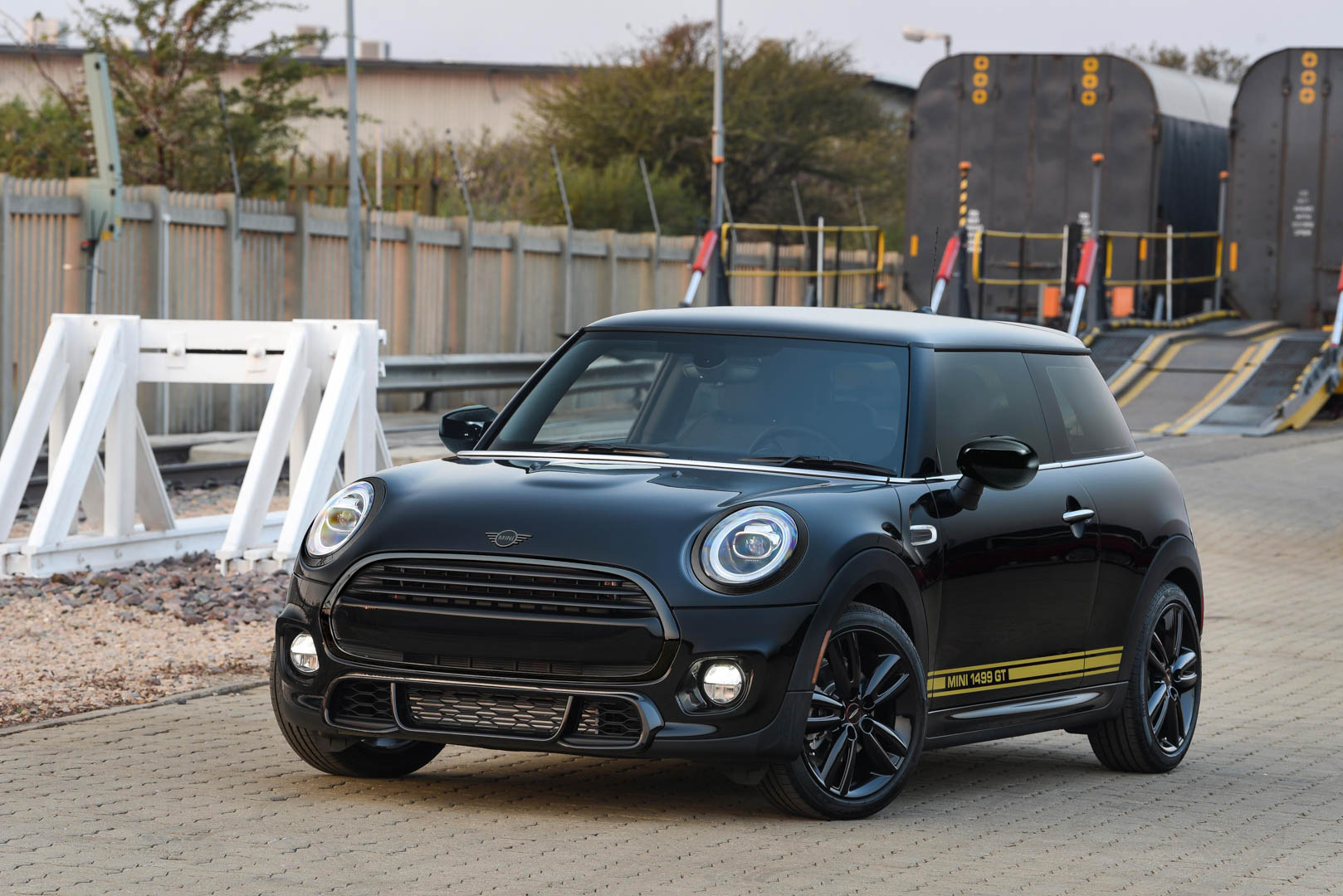 Ever since the Mini was introduced back in the late ’50s, it’s offered customers some of the best value in the entire automotive industry. Back in 1969, the Mini 1275 GT was introduced, offering a bigger engine and impressive performance in an affordable package. To honor that philosophy, MINI is now introducing a new car, which is designed to offer fun in an affordable package — the MINI Cooper 1499 GT.

Just like the original car, the numeric nomenclature denotes the car’s engine displacement. So while the original Mini 1275 GT used a 1,275 cc engine, the new one uses a 1,499 cc engine, or the same 1.5 liter turbocharged three-cylinder that’s offered in every entry-level MINI and BMW. 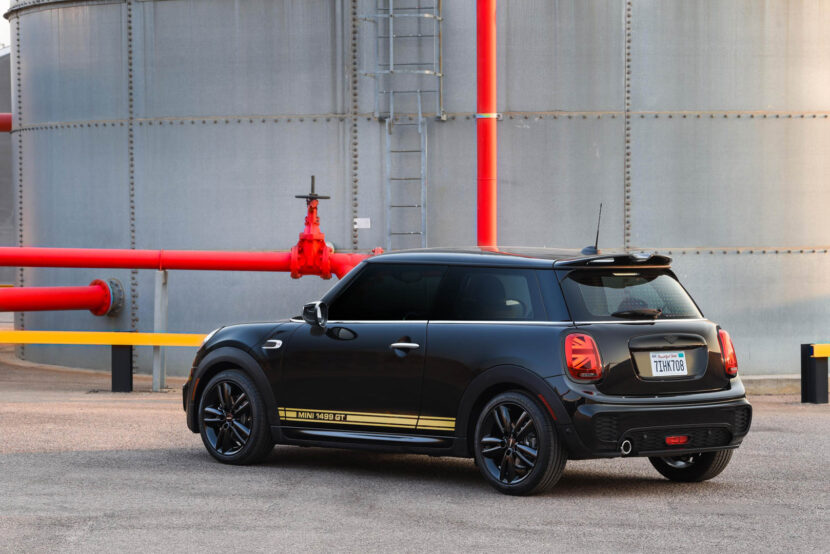 On the outside, the MINI Cooper 1499 GT gets an exclusive Midnight Black Metallic paint job, with gloss black double-spoke JCW wheels and some yellow “1499 GT” stripes along the side skirts, piano black grill trim and door handles. It also gets the JCW styling package, which gives it JCW front and rear bumpers, a rear spoiler and side skirts. The headlight and taillight rings are also finished in piano black.

The 1.5 liter turbocharged three-cylinder engine makes 134 horsepower and 162 lb-ft of torque, making it capable of 0-60 mph in 7.3 seconds. It comes standard with a six-speed manual but a seven-speed dual-clutch automatic is also available. 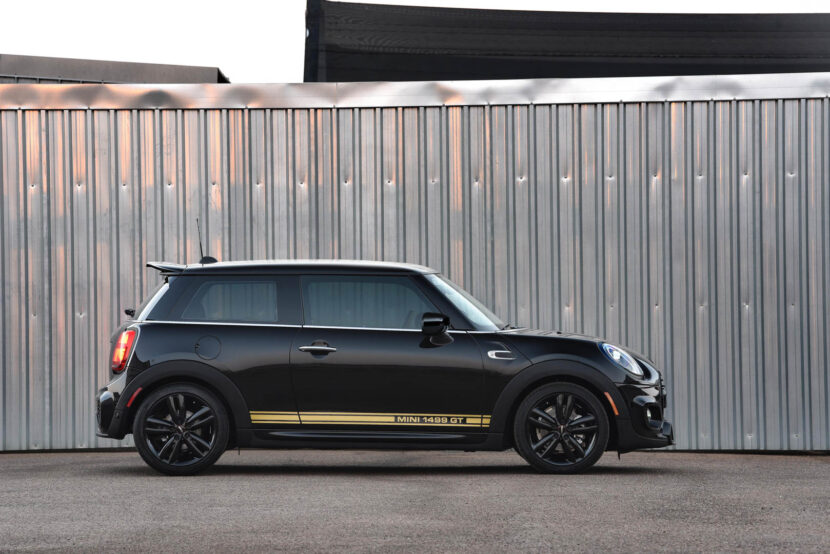 Because the MINI Cooper 1499 GT is designed to be a value proposition, it comes with a relatively low starting price of $27,040, plus destination. Though, to spec a standard MINI Cooper with the same wheels, JCW packages and interior kit, it’s around the same price as the 1499 GT. So the real reason to get the new limited edition model is simply because it’s a limited edition model. 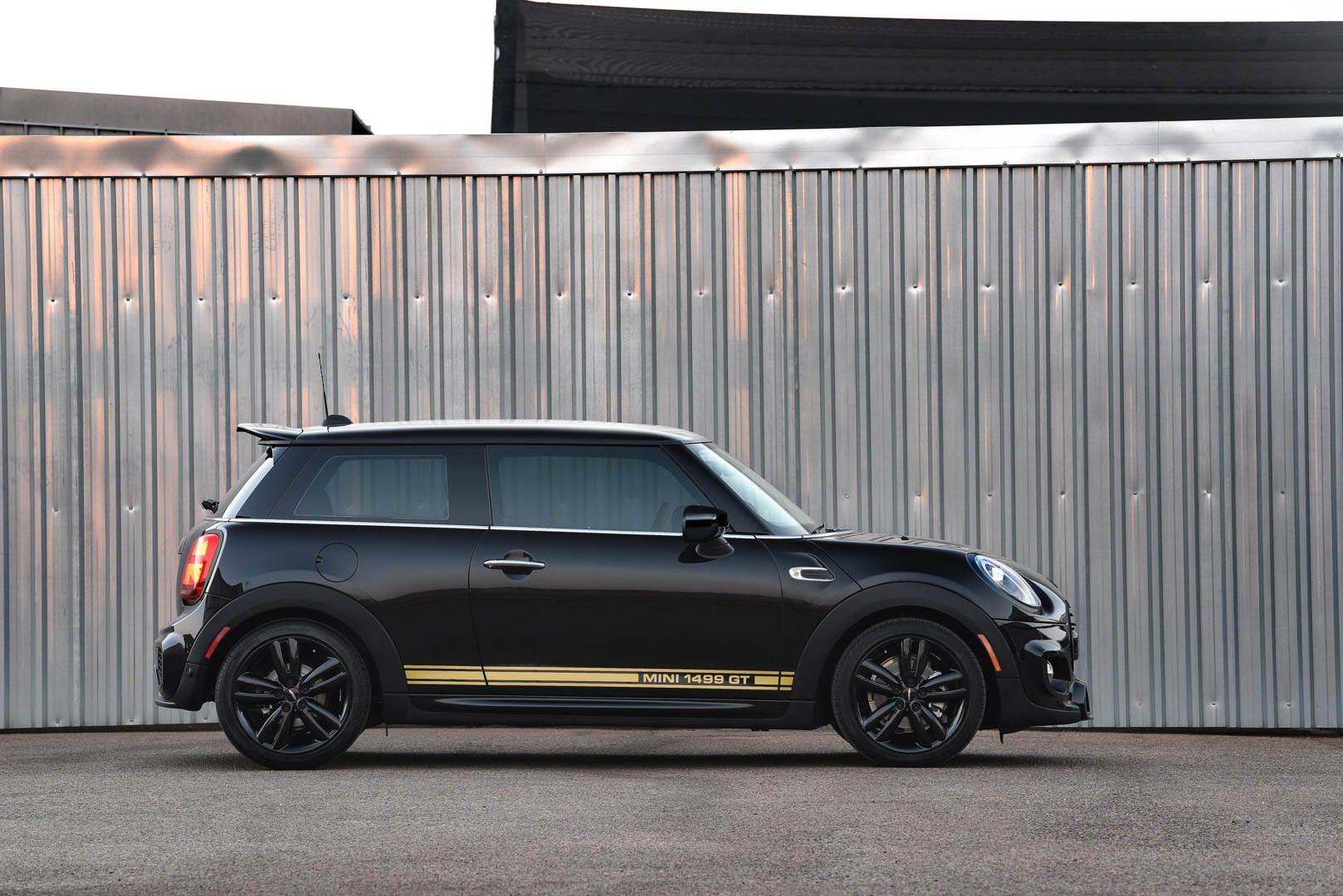 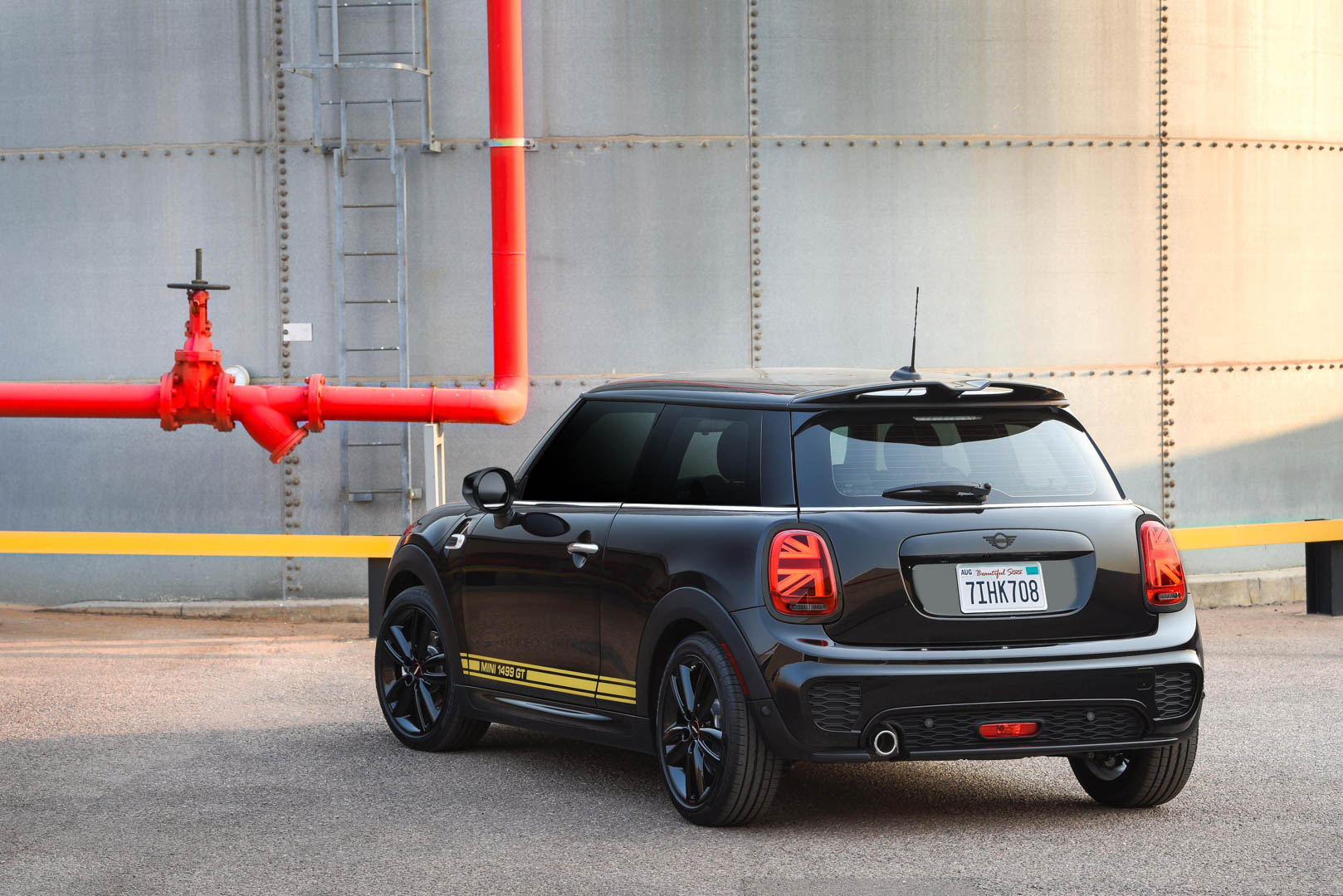 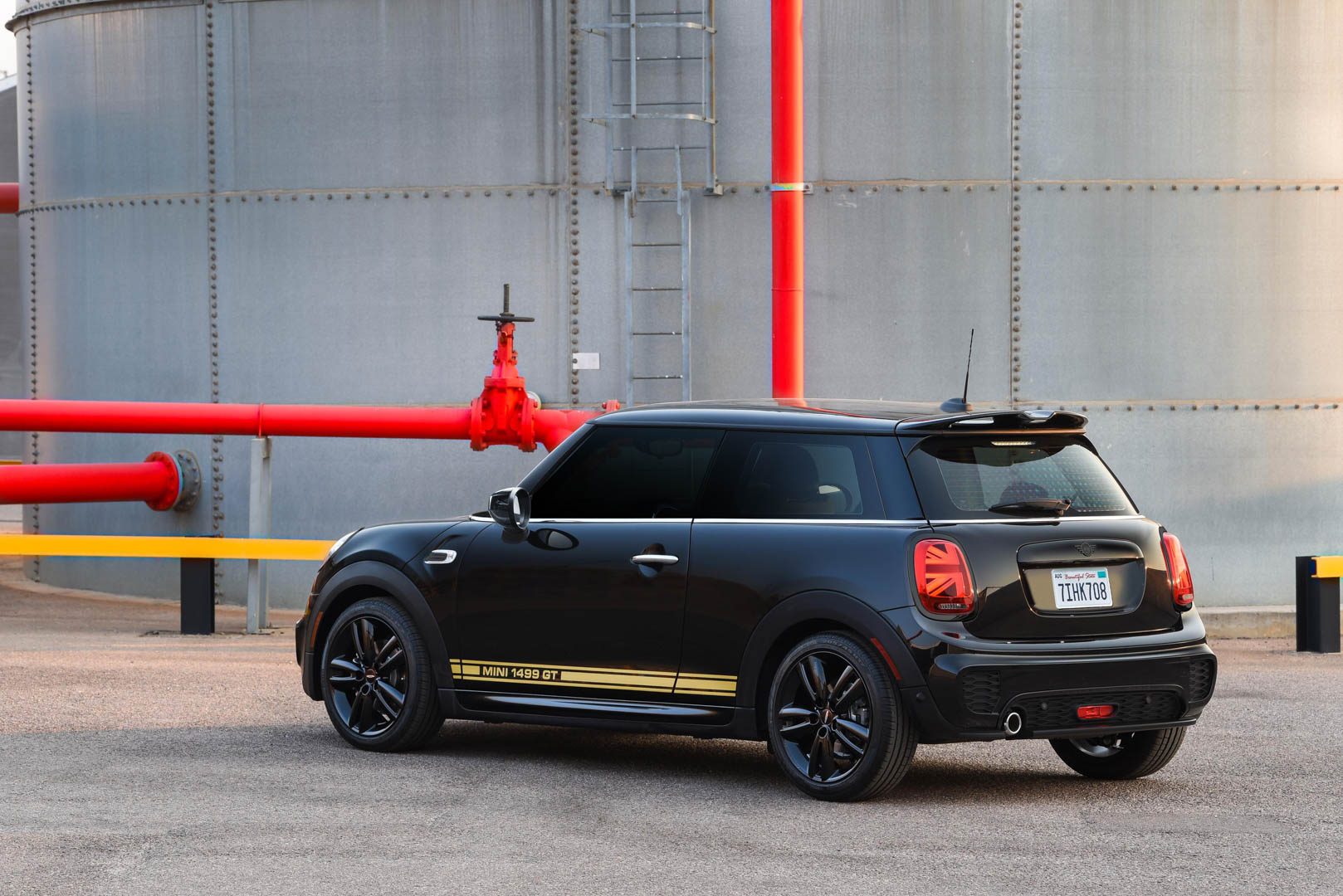 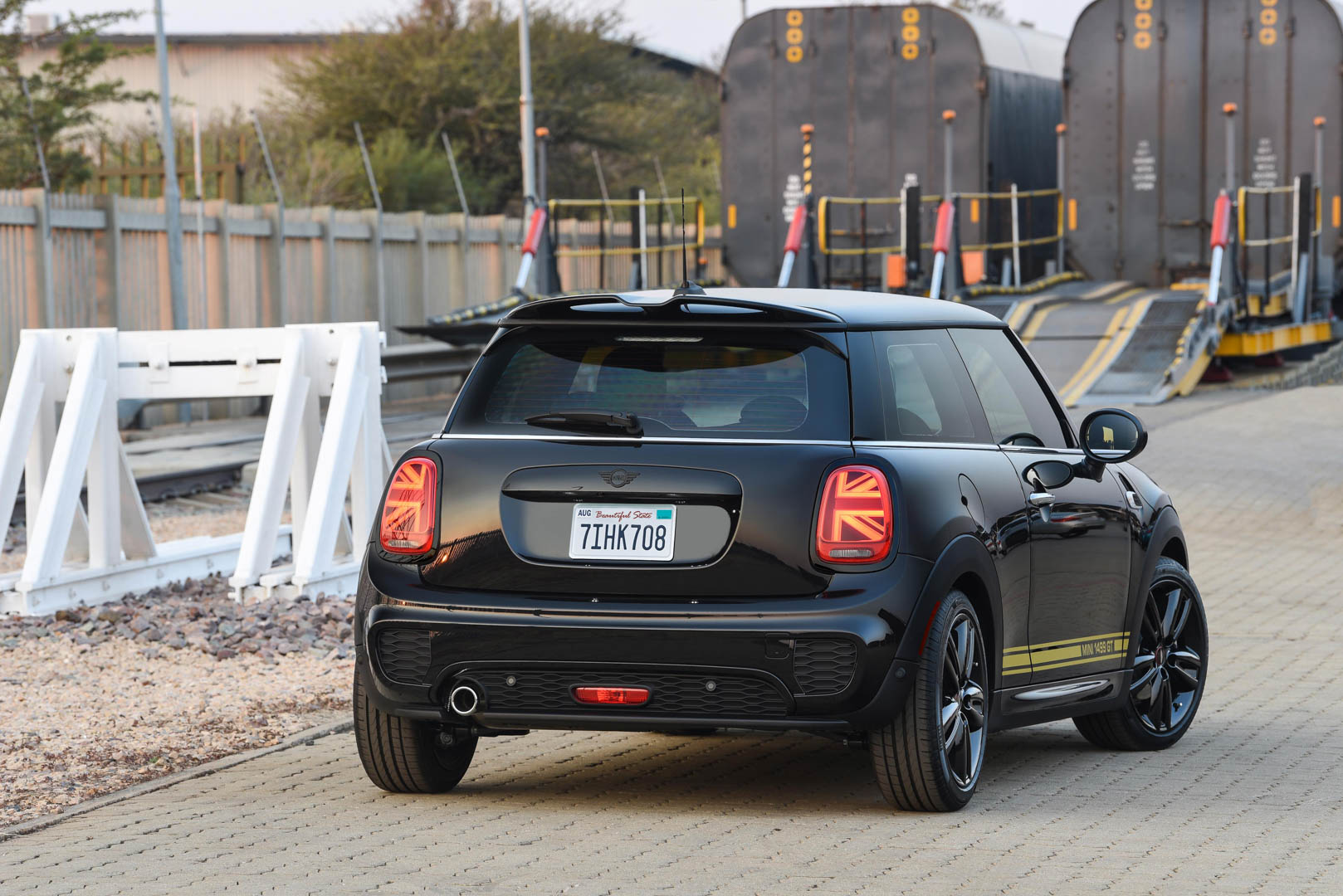 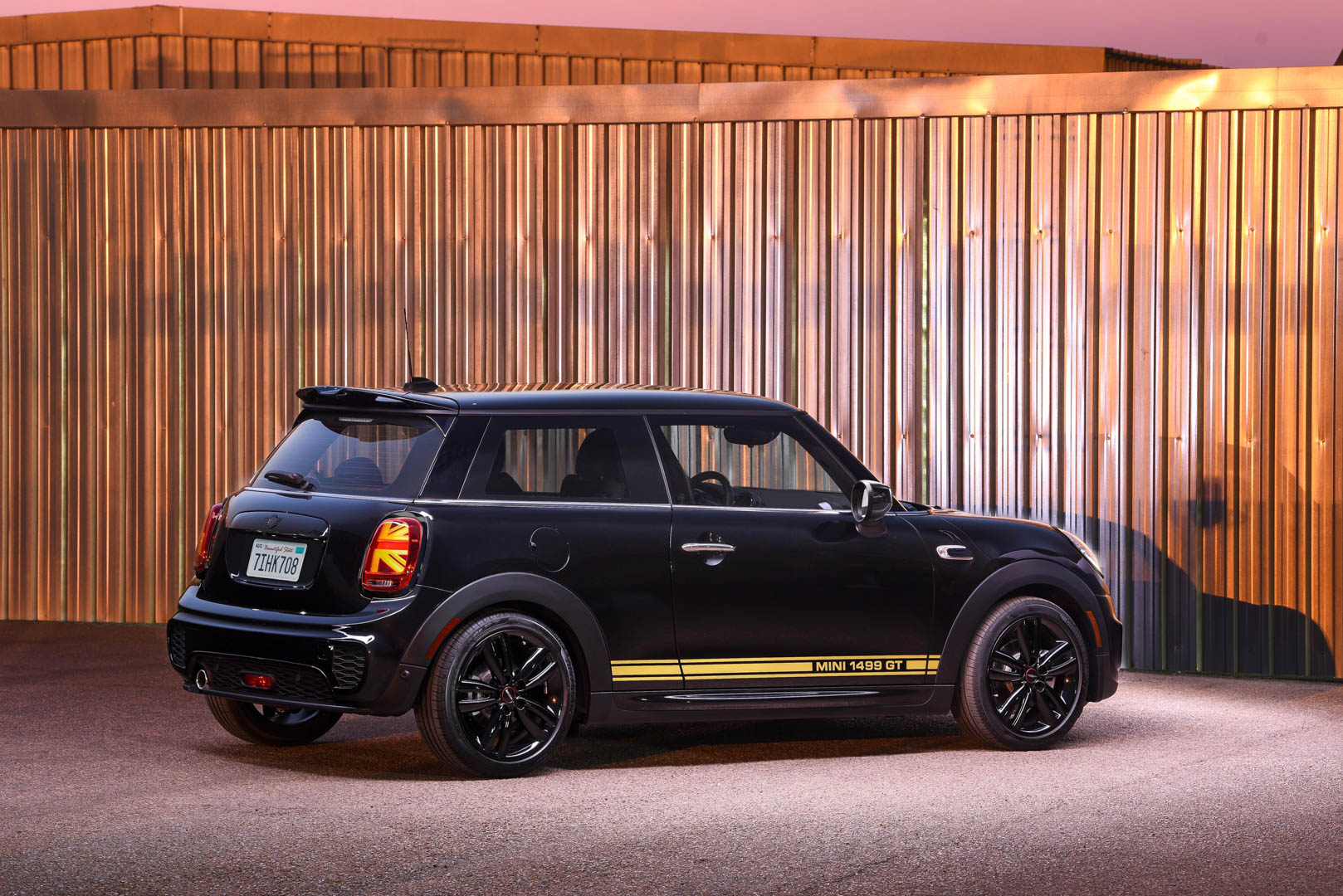