The BMW M4 Convertible is the only version of the M3/M4 left to be seen doing some camouflaged testing. We’ve already even seen the BMW M3 Touring, which was only announced five minutes ago. Yet we’ve seen very little of the M4 ‘Vert so far. Now, though, some new spy video has been released, showing off the upcoming G83 BMW M4 Convertible doing some top-up testing at the Nurburgring.

One of the first things you might notice is its roof. Like the standard 4 Series it’s based on, it obviously has a fabric roof, rather than a folding hard-top. This new roof will make the M4 lighter than a hard-top wood, while also lowering the center of gravity. After seeing the weight figures of the new M4, it can use all of the weight loss it can get.

Like the standard BMW M4, the M4 Convertible seems to handle pretty tidily around the ‘Ring. Its turn-in seems sharp enough and it looks like it’s well-balanced through the corners, without too much understeer. It also looks like it manages its weigh well, as it can change direction rather quickly for a heavy car. 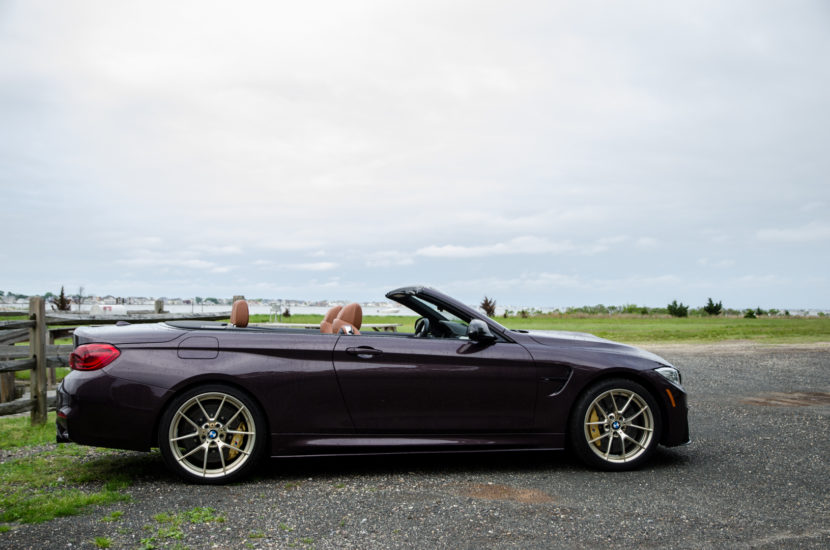 Thankfully, BMW has improved significantly in that department. The BMW 8 Series and Z4 are both bank vault-solid, even with their folding soft-tops down. So hopefully that know-how translates over to the new BMW M4 Convertible, as the last one was just a stiff chassis away from being great.