Following several rumors about an upcoming halo SUV car from BMW M, it seems like things are finally moving along. The first sighting of the upcoming BMW X8 has happened and, luckily, a camera and a good lens were also involved. With the spotting of the first ever prototype of the car in the wild, it is now official: we’re getting another big SUV from BMW and this one is bound to make some waves. (We don’t own the photos but they can be seen here)

At first, it might just seem like this is a BMW X7 facelift or even some version of the X5. But these photos show the BMW test mule sitting next to an X7, which allows you to see the differences between the two cars. The BMW X8 tester is about the same length as the X7 but its roofline is both lower and a bit sportier. It also has an odd C-pillar kink that has no resemblance to a Hofmeister Kink but it could be due to fake body panels. 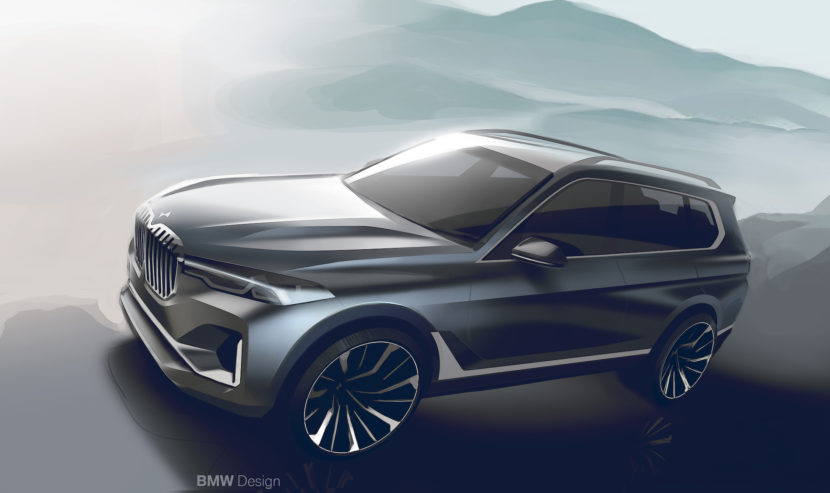 The BMW X8 will be a completely bespoke M car, built from the ground up by the M Division and not on the platform of any existing BMW model. Therefore, you should expect a car with incredible performance figures, at least in a straight line. Whether that M Division magic will help with the high center of gravity and the mass of the thing remains to be seen.

We also already know that there will be at least two electrified models on offer. There will be a plug-in hybrid that will bear the X8 M45e moniker, which means it will probably use a 3-liter straight six engine and at least one electric motor, for a combined power output close to 400 HP. On top of that we’ll also get a hybrid model with the same twin-turbocharged V8 from the BMW M5, making a total of 750 horsepower.