This is the Motorcycle that BMW Benchmarked the R 18 Against 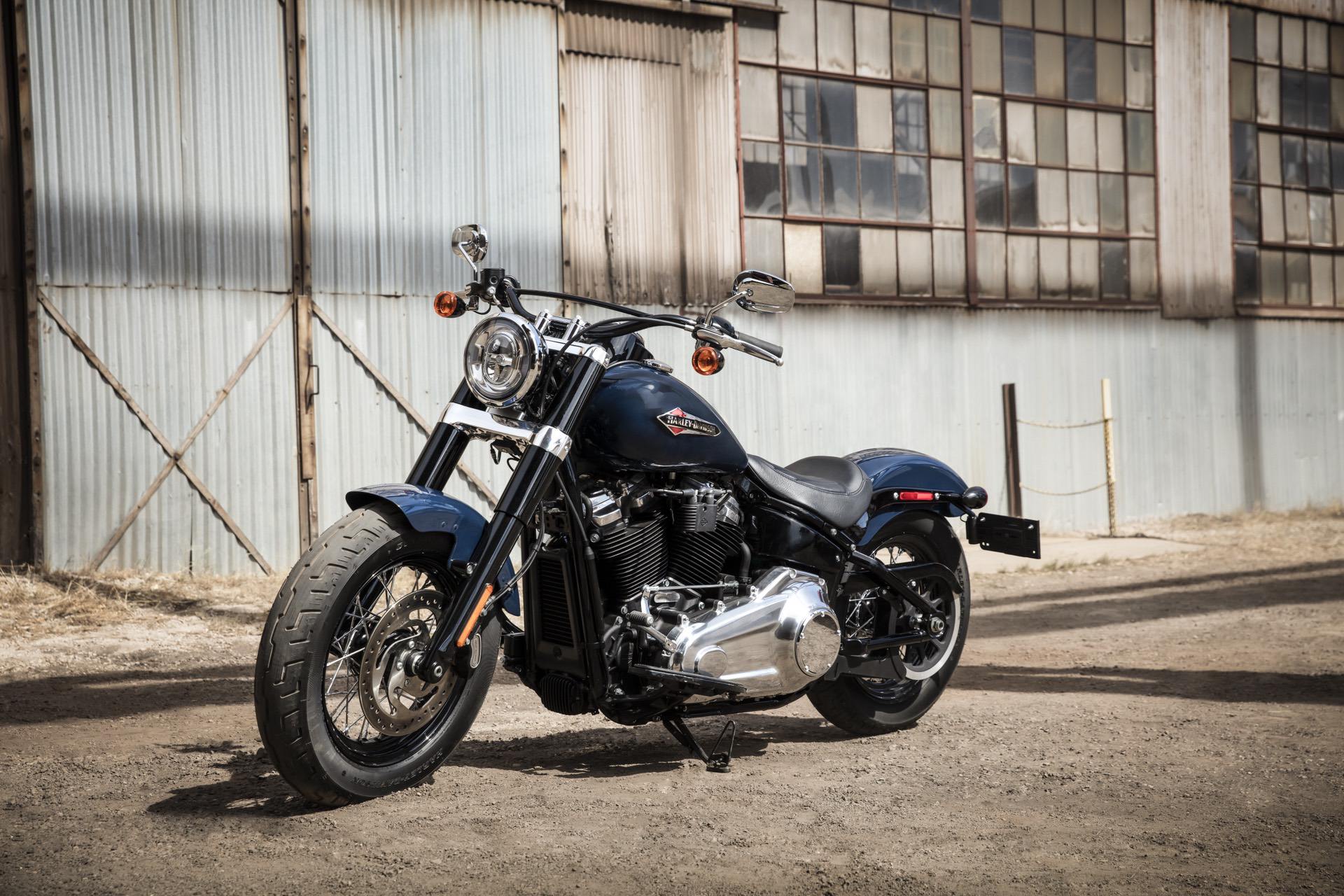 Earlier this year, BMW Motorrad introduced their first foray into the cruiser segment since 2005. A segment which, in North America, accounts for nearly half of all motorcycles sold and which is also quite significant worldwide. A segment which has largely been dominated by a single manufacturer, but whose firm grip has been slowly loosening. A segment that is also in the midst of a transition, as traditional cruiser customers are aging and as a new swath of buyers are entering the market.

Still, when you’re entering into such a firmly established market territory, it’s extremely common for manufacturers to use a competitor’s product as a benchmark against which they compare the new vehicle they’re developing. Thanks to a recent event with BMW Motorrad, we can now share some deep insights that we gleaned from the famed Bavarian brand regarding which motorcycle they viewed specifically as the direct competitor to their new R 18.

Unsurprisingly, they chose a model from the repertoire of Harley-Davidson. It’s a brand that is hard to ignore when discussing cruisers. However, as Harley-Davidson has long relied upon this particular segment, there are many bikes which BMW could have chosen to use. In the end, their decision was informed by trends within the segment.

Harley-Davidson’s Softail Slim Is The Benchmark

BMW found that 65% of new cruiser sales fell within a specific subset, custom cruisers, which helped them to narrow their focus. In the end, BMW opted to use Harley-Davidson’s Softail Slim as their benchmark.

The American firm describes the Softail Slim as, “The essential stripped-down, low-slung bobber for all-day riding,” and pricing for it starts at $15,999USD. It has styling that is very characteristic of the brand, very domestic in its appearance. A rather simple machine, in reference to its tech. It has no riding modes, no stability control and only a single front brake disc. Importantly, it has a very low seat height, which makes it a viable option for riders of various heights. 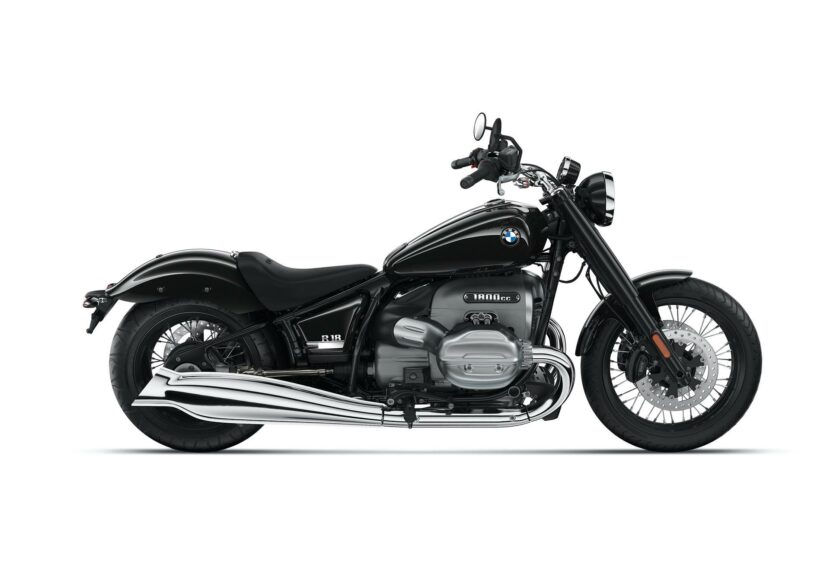 Encouragingly, when comparing the two bikes on paper, the BMW is superior in numerous regards. For starters, the R 18 has a bigger… um… engine. The Harley is equipped with a 1,746cc Milwaukee Eight, V-twin. The Beamer, however, has a slightly larger displacement, with its 1,802cc two cylinder Boxer motor. The Beamer too produces more horsepower, with an output of 91hp, compared to the Harley’s 86hp.

Again, the Beamer trumps the Harley when comparing their torque. Whereas the BMW produces 116 lb-ft, the Harley produces 107 Nm, both at 3,000 rpms. That doesn’t sound like a big difference, until you convert that 107 Nm to lb-ft and see that it amounts to a relatively paltry 78.92 lb-ft of torque. Another way in which the R 18 should be better than the Harley is its longer wheelbase length, which should make it more stable.

There are a couple of ways in which it seems that the American bike is able to claim victory, though. Its wet weight, meaning with necessary operating fluids including a full tank of gas, is significantly lighter than that of the R 18. More than ninety pounds lighter, coming in at 670 lbs compared with the Beamer’s 761 lbs.

Speaking of gas, the Harley can carry more of it. Whereas the R 18 can carry 4.2 gallons of fuel, the Softail Slim can carry 5 gallons.

Both motorcycles can accommodate riders of a shorter stature, both having a seat height of just 27.2 inches. Other ergonomic features come down to rider preference, like the positioning of the rider’s feet. The Harley has forward positioned foot boards while the BMW offers mid-mounted foot pegs, which can be more confidence inspiring as well as more comfortable for some. Both motorcycles can be significantly modified, with BMW offering an absolutely mind boggling assortment of genuine accessories for the R 18. 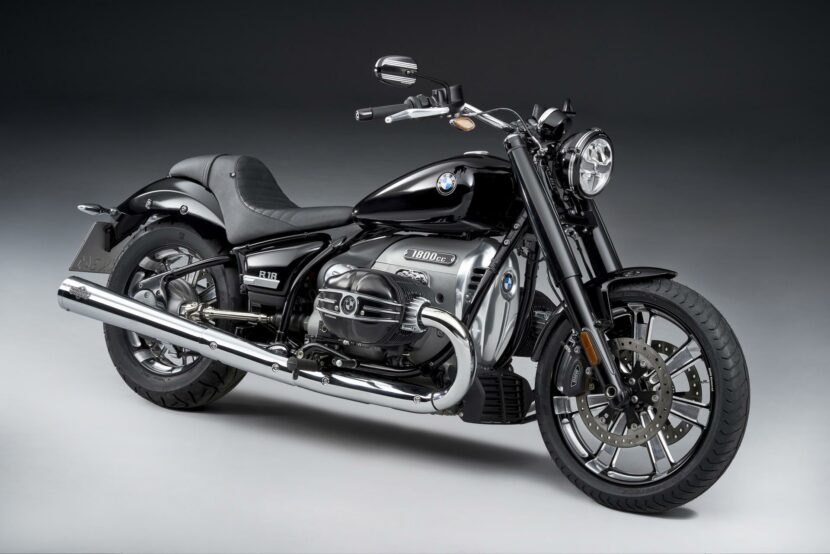 I mentioned earlier that pricing for the Harley started at just under $16,000USD. However, you’ll recall that I also mentioned its lack of riding modes, its single front disc brake and lack of what I’ve come to consider as a very valuable safety assistant, traction control. The BMW has three different riding modes as standard.

The BMW has dual front brakes. If you assumed that the Beamer also has traction control, you assumed correctly. I’ve personally experienced BMW’s ASC System on the road, when losing traction due to a patch of gravel in a turn. Needless to say, I was very happy it was active. Riding aides aren’t your thing, don’t worry. The ASC can easily be switched off, should you feel compelled to burn some rubber. 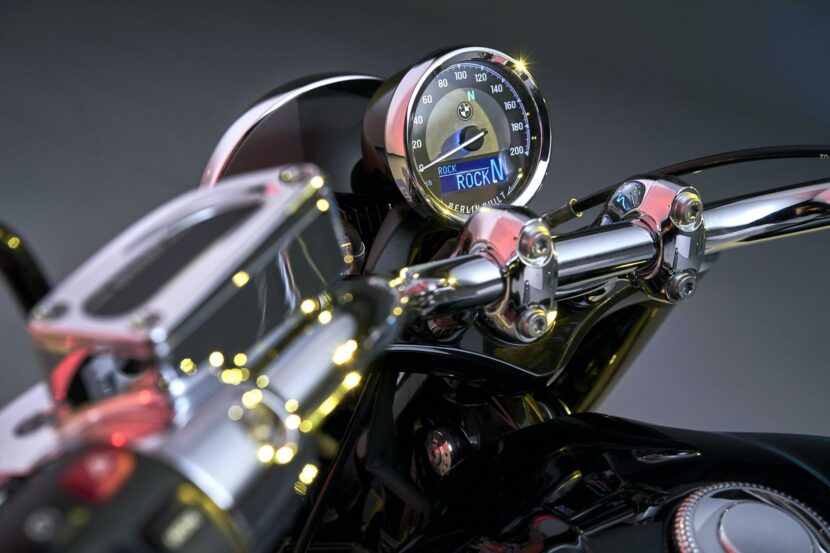 As you’d then expect, the Beamer is slightly more expensive, with a starting price of $17,495USD. Too, the BMW can be equipped with some very awesome tech, like Hill Start Control and Reverse Assist, just to mention a couple. It even comes standard with Keyless Ride! Quite impressive.

I am, of course, very much looking forward to throwing a leg over the R 18 and sharing with you, our valued readers, my impressions of the new R 18, in the metal. My ability to do so has been delayed by COVID-19, but I hope to be able to do so in the near future.

As for physically reviewing it back-to-back with the bike that BMW themselves used as their benchmark, it seems rather unnecessary because, based on the above, it appears that the Softail Slim isn’t really going to be able to put up much of a fight against its new Bavarian competitor.