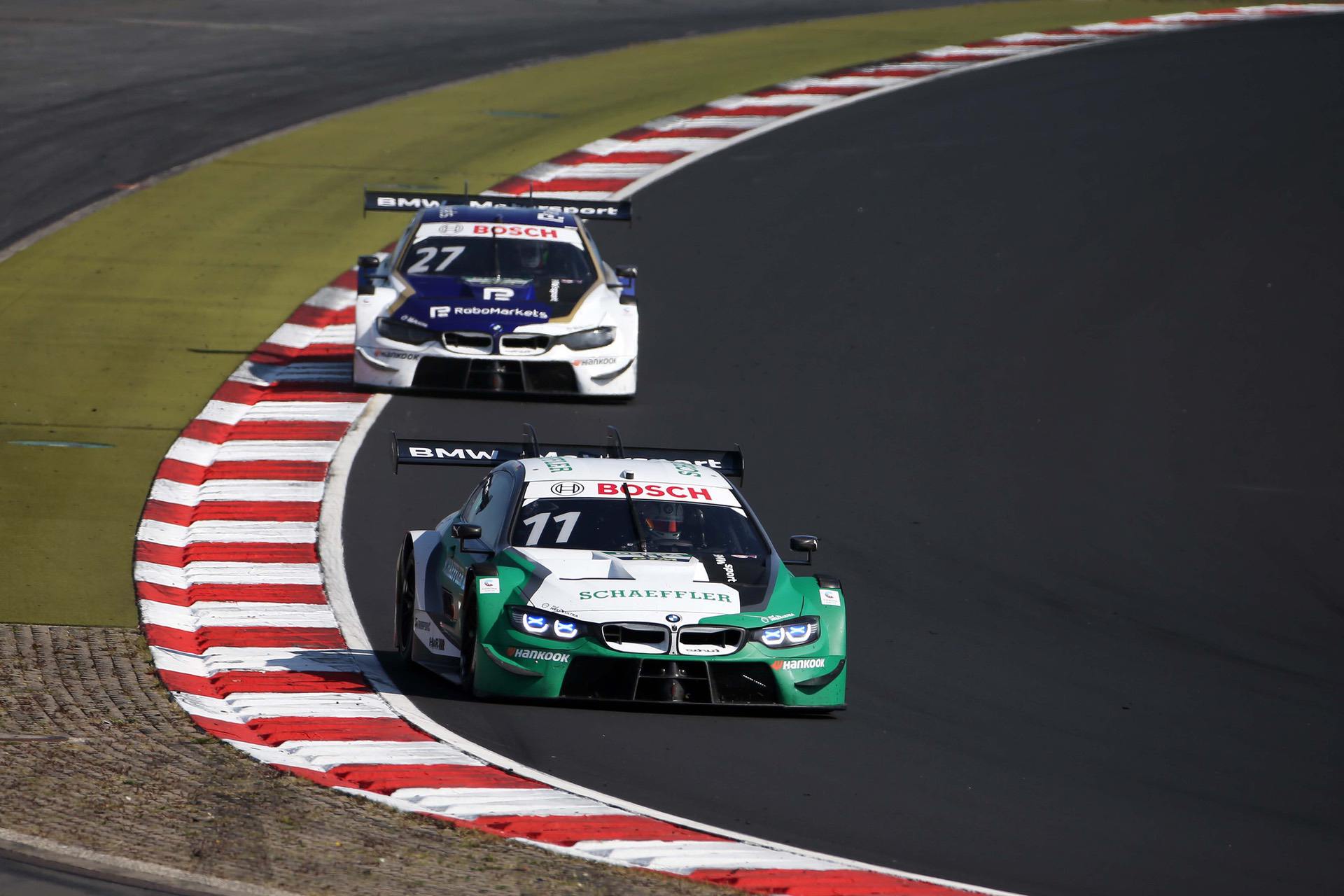 Marco Wittmann (GER, Schaeffler BMW M4 DTM) made a successful start to the sixth DTM race weekend. In a turbulent Saturday race on the Nürburgring, the two-time DTM champion crossed the finish line in third place. Wittmann had already claimed third position in the Eifel mountains one week earlier and now celebrates his third podium finish of the season. It was the fifth podium of 2020 for BMW Team RMG, which is based just a few kilometers from the Nürburgring.

Wittmann was able to move up one place right at the start of a turbulent race. Eng, who had finished fourth in qualifying to secure his best result thus far, also improved by one position. The safety car made its first appearance on the circuit in the opening stage.

Wittmann moved up another place after the restart and held on to fourth place until his pit stop when Eng moved ahead. The safety car reappeared a short time later and Wittmann was once again able to use the restart to produce a great manoeuvre that allowed him to claim second place.

However, he had to surrender that position after the third safety car period. In the closing stage of the race, the 30-year-old was able to stay ahead of Eng, who chalked up his best result of the season by finishing fourth. Victory in the eleventh DTM race of the season went to Robin Frijns (NED, Audi).

In the drivers’ standings, van der Linde is the best-placed BMW driver in sixth position. Wittmann is in seventh place, also with 76 points. The twelfth DTM race of the 2020 season will take place on Sunday.