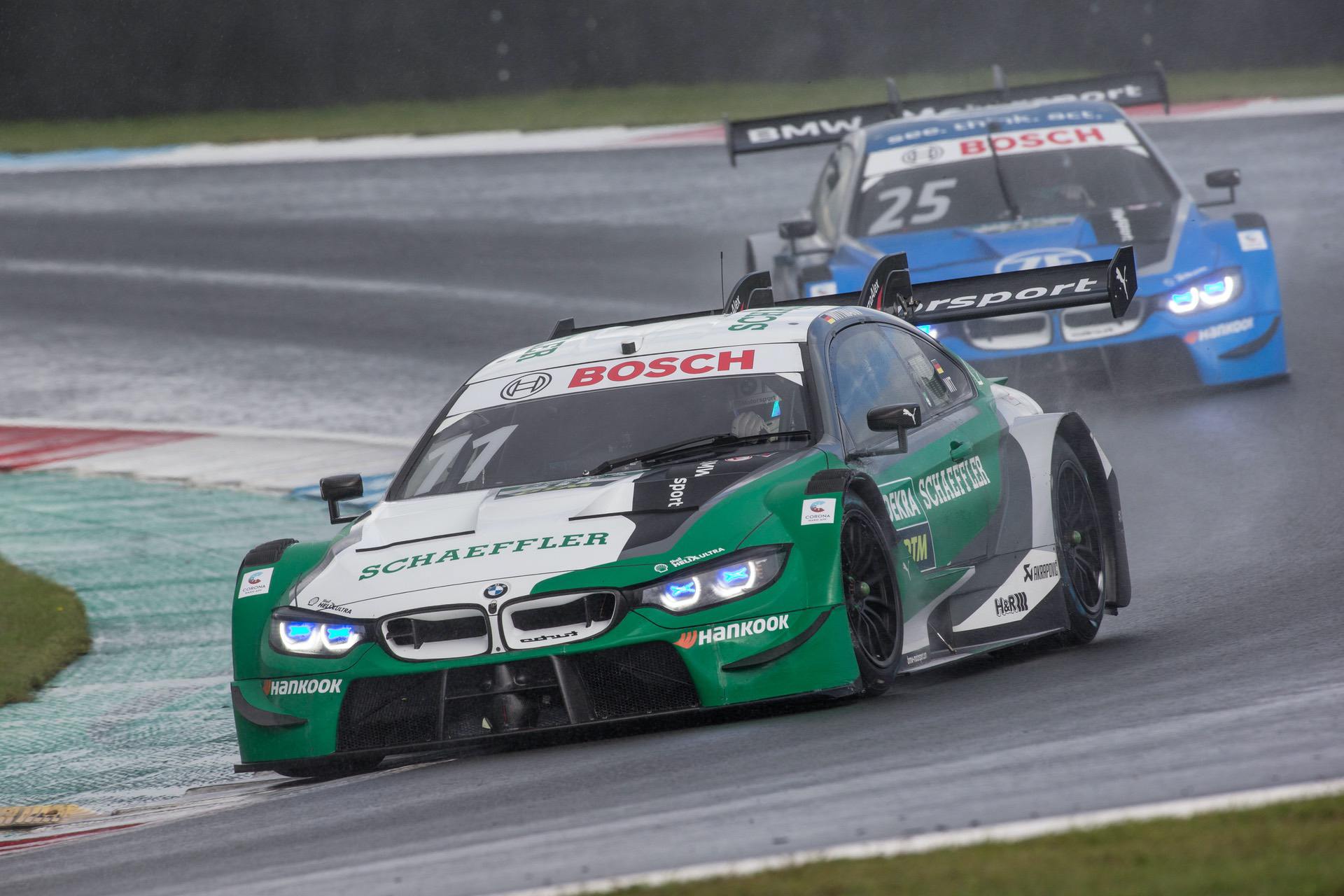 Sheldon van der Linde ( RSA, Shell BMW M4 DTM) took the first DTM win of his career and the first DTM victory for a South African in Sunday’s race at Assen (NED). The BMW Team RBM driver made perfect use of the rain and the difficult track conditions and, thanks to a flawless drive and a perfect team strategy, moved up from 14th on the grid to P1.

After a dry qualifying session, heavy rain set in shortly before the race got underway. The rain eased off gradually in the first half of the race and Glock in particular set off on an extraordinary race to gain positions with strong overtaking manoeuvres in that initial stage which saw him move up into second place. Van der Linde made his compulsory pit stop early and afterwards had a clear run which saw him move up into the lead after his rivals made later pit stops.

An accident and heavy rain setting in again interrupted the race temporarily. On the restart, van der Linde held on to his top-spot commandingly and brought the win home. Jonathan Aberdein (RSA, CATL BMW M4 DTM) was the highest qualifying BMW driver in sixth, but was unable to keep up with the pace at the front in the rain and ended up finishing in 13th place.

The fifth race weekend of the DTM season is this coming weekend, at the Nürburgring (GER).