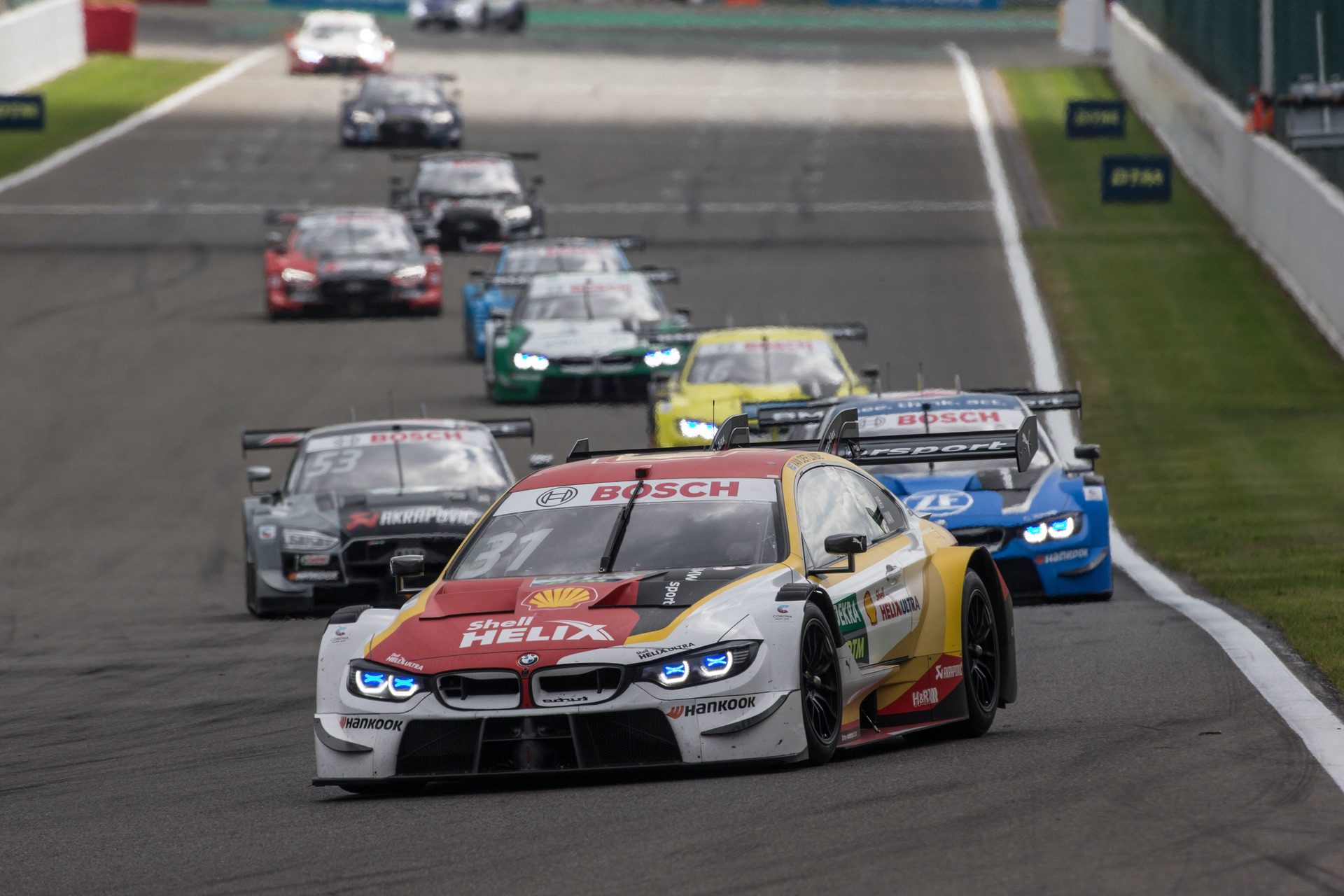 It was  René Rast (GER, Audi) who took the win. Philipp Eng (AUT, ZF BMW M4 DTM) and Timo Glock (GER, iQOO BMW M4 DTM) were eleventh and 13th in the race. In the Drivers’ Championship, Auer is the best-placed BMW driver with ten points.

“As expected, it was tough for us again today here at Spa. Qualifying was a little better, and with Sheldon van der Linde we had a driver on one of the first two rows. The picture was a better one further down the grid too. In the race, we lost too much time in the first stint.

We were simply unable to make up that ground in the second stint, even with a different strategy like the one we saw from Marco Wittmann, who came in a bit later for his tyre change. We struggled with tyre management again today. That is something we need to work on. The reliability and top speed were there, but the pace was not there in the first stint – particularly in sectors two and three.

We have to analyze that. We must improve our package by the Lausitzring, although the tires will not play such a major role there as they have done here at Spa. Congratulations to René Rast and Nico Müller. They were in a league of their own. We must ensure that we improve and are up there at the front of the field soon.”

Read Also: BMW Wants you to design its next livery for the M4 GT4

“That was a good race for us. We got the maximum out of our package today. Unfortunately, we could do no more than that. I had a really good qualifying, perhaps one of the best laps I have ever driven. I am happy with myself today. After my problems in yesterday’s race, it was important for me to get my confidence back. I wanted to show what we are capable of. We did that. The Audis appear to be very quick. We will do everything we can to close the gap to them in the next race.”