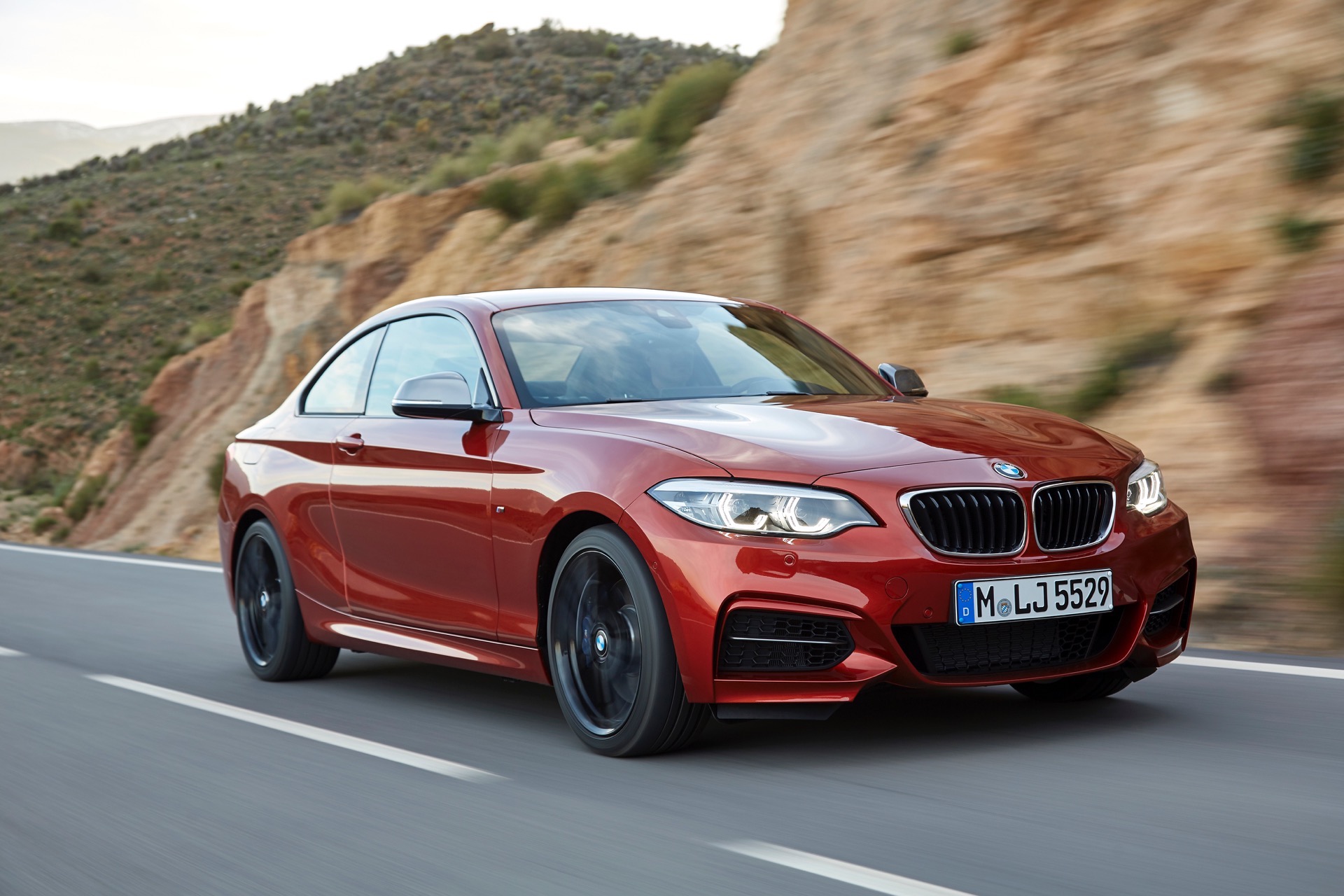 Earlier today, we saw some spy photos of the 4 Series Convertible, showing off its new soft-top. It seems as if BMW hasn’t caught onto the photographers near its testing site, as even more spy photos have surfaced today but this time they’re of the upcoming 2 Series Coupe. (We don’t own the photos but they can be seen here)

After the controversial launch of the BMW 4 Series, thanks almost entirely to its new grille design, there’s a large group of the BMW fan-base itching to see the new 2 Series. The next-generation of BMW 2 Series Coupe will retain its current rear-wheel drive layout, staving off the front-wheel drive layout of its Gran Coupe sibling. Because it will remain rear-wheel drive, and likely not carry the same new grille as the 4 Series, the next-gen 2er is almost certainly going to be the enthusiast-darling of the Bavarian lineup.

In these new spy photos, we see the 2 Series Coupe on a car carrier and in a grass parking lot, wearing full camouflage. There’s very little of its actual design that we can see but we can see its proportions and it looks very good. It’s lower and sleeker than the current 2 Series, which is lower and sleeker than the 1 Series it replaced. So it seems as if BMW’s smallest coupe is getting slimmer and slimmer as the generations go by. 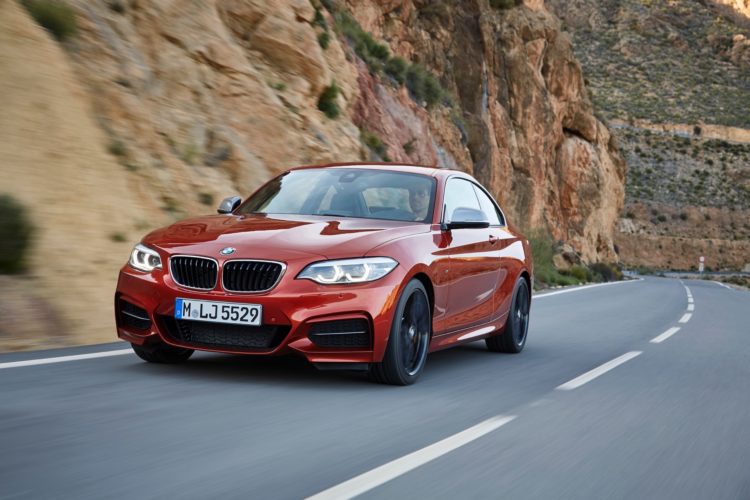 This new 2 Series Coupe will be based on BMW’s CLAR scalable architecture, the same one that underpins everything from the 3 Series to the 8 Series. The current car sits on a modified version of the old F30 3 Series chassis, which isn’t the best of 3 Series chassis, and yet it still handles so well. Considering CLAR is a big improvement over that old F30 chassis, this next-gen 2er should be fantastic to drive.

The car in these photos also seems to be some sort of M Performance car. Its rectangular-ish exhausts indicate that it’s a six-cylinder version and there aren’t going to be any non-M Performance six-cylinder 2 Series’ in the near future. If that’s the case, it’s like a BMW M240i, with some variant of the B58 engine.

We can’t wait to see the new 2 Series Coupe but it’s going to be at least another year before we get to see what it looks like. So be patient.