By now, it’s no secret that the BMW Z4 M40i and Toyota Supra are essentially the same car. Aside from suspension, steering and brake tuning, they’re almost identical. So it should interest BMW enthusiasts to see how well the Supra can do against more powerful competition. For instance, in this video, we get to see a slightly modified Supra take n a slightly modified C8-gen Corvette on track.

Admittedly, this isn’t a very accurate test. Both cars are modified slightly differently and they’re driven by different drivers. One such driver is experienced with the track and the other isn’t. They’re also running on different tires. However, what is interesting is to see how the two cars behave and how well the Supra can keep up with the much more powerful Corvette.

In stock form, the Supra should have no chance. Its 335 horsepower (pre-update version) and 369 lb-ft of torque from its BMW B58 3.0 liter turbocharged I6 seem puny compared to the Corvette’s 6.2 liter V8 with 495 horsepower and 470 lb-ft. The Corvette is also mid-engine and has better aero. So it has a distinct advantage. 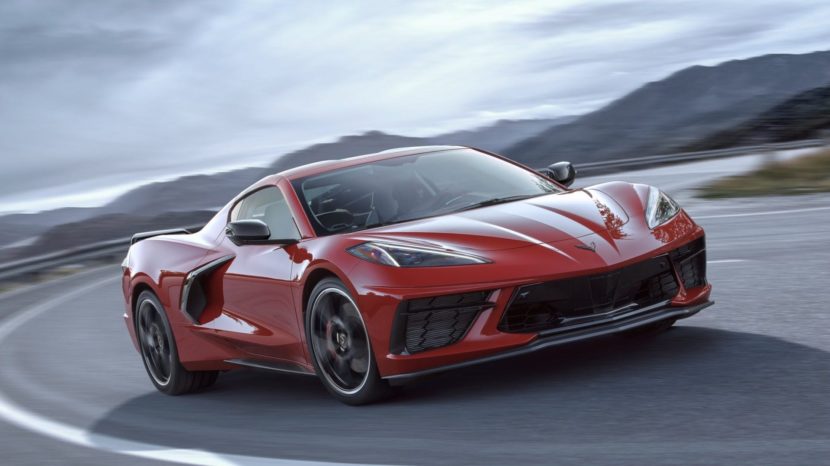 However, the Toyota Supra has an outstanding chassis of its own and is actually able to carry speed through corners a bit better. In fact, the ‘Vette seems to under steer quite a bit more than the Supra does. What’s interesting is that the Corvette in this video is being driven by the experienced driver, while the Supra is driven by the track-novice, yet the Supra is able to hang onto the ‘Vette through corners. Sure, the Corvette is able to separate in the straights but as soon as that straight starts to turn, the Toyota Supra is right back on its tail.

This just goes to show that the Supra’s bones are seriously impressive. Not only is its BMW-sourced chassis good enough to keep up with a mid-engine supercar but also that its engine is strong enough to help it keep up with a car making almost two hundred more horsepower. BMW Z4 M40i owners should be very excited.