I must admit, I’ve been a bit of a harsh critic of BMW, lately. It seems as if each and every decision made by BMW over the past couple of years has been made by a computer, calculating risk and reward, potential profit and loss. However, every once in awhile, some madness shines through, a smile cracks on BMW’s typically stoic German face. Giving the BMW M550i an incredible color like Verde Ermes is one such moment and it’s the best part of the new 5 Series LCI.

The 5 Series’ LCI is a successful one for a couple of key reasons; it takes an already good looking car and makes it better, it adds new and improved technology and it gets an awesome new green. Green is a criminally underused color in the automotive world, especially among the Germans, so it’s great to see it here. It’s not just any green, though. Verde Ermes is a deep, shadowy green that instantly makes the car look both more muscular and more sophisticated.

It’s not hard to see why BMW chose the BMW M550i to debut this new green color on, either. It’s a color that manages to be both dark and shadowy while also being bright and vibrant. So it shows off the M550i’s body lines and creases so well, yet still looks imposing, like a proper sport sedan should. It also looks great contrasted against the car’s gloss black grilles, trim and wheels.

If I were a customer looking for a BMW M550i, it’d be Verde Ermes or bust for me. Seldom do we see truly special colors like this new green on any BMW, never mind a regular non-M BMW. The Bavarians have been lacking in the interesting color department for a while now. 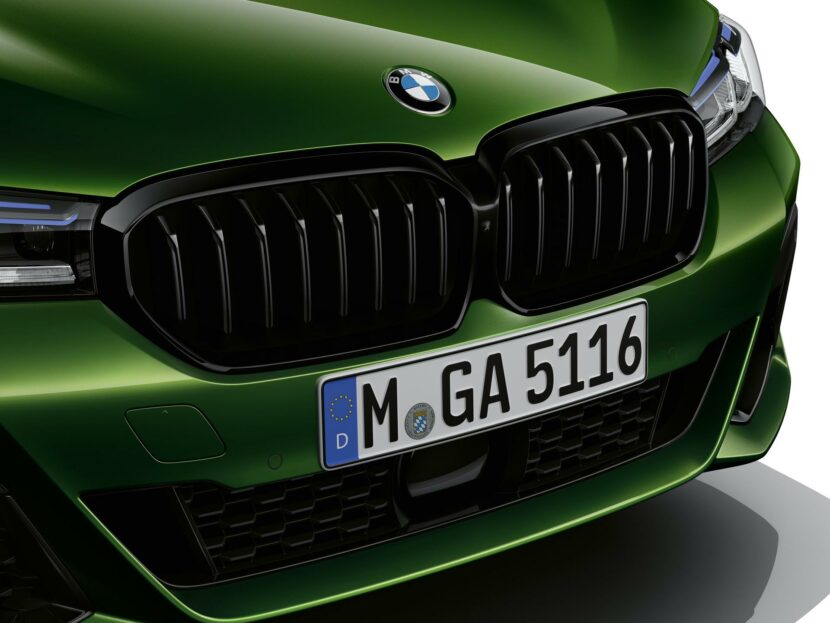 Just take a look at the brand’s most expensive, supposedly most thrilling car — the BMW M8 Competition Coupe — and check its available color palette. There are two reds, two blues and a sea of grays. Okay, there’s a brown but it looks more like a dark red. This is coming from a brand known for such colors as Dakar Yellow, Laguna Seca Blue, Techno Violet and Hellrot Red. Ironically, the only BMW with some exciting colors at the moment might be the X2.

So to see BMW offering an incredible green such as Verde Ermes on 5 Series that isn’t even a proper M car is really refreshing to see. Good on you, BMW, for putting out this new green because it truly is a fantastic color. I’ll have one, please.