The pioneering BMW Z22 Concept: A masterpiece of technology

Home » The pioneering BMW Z22 Concept: A masterpiece of technology 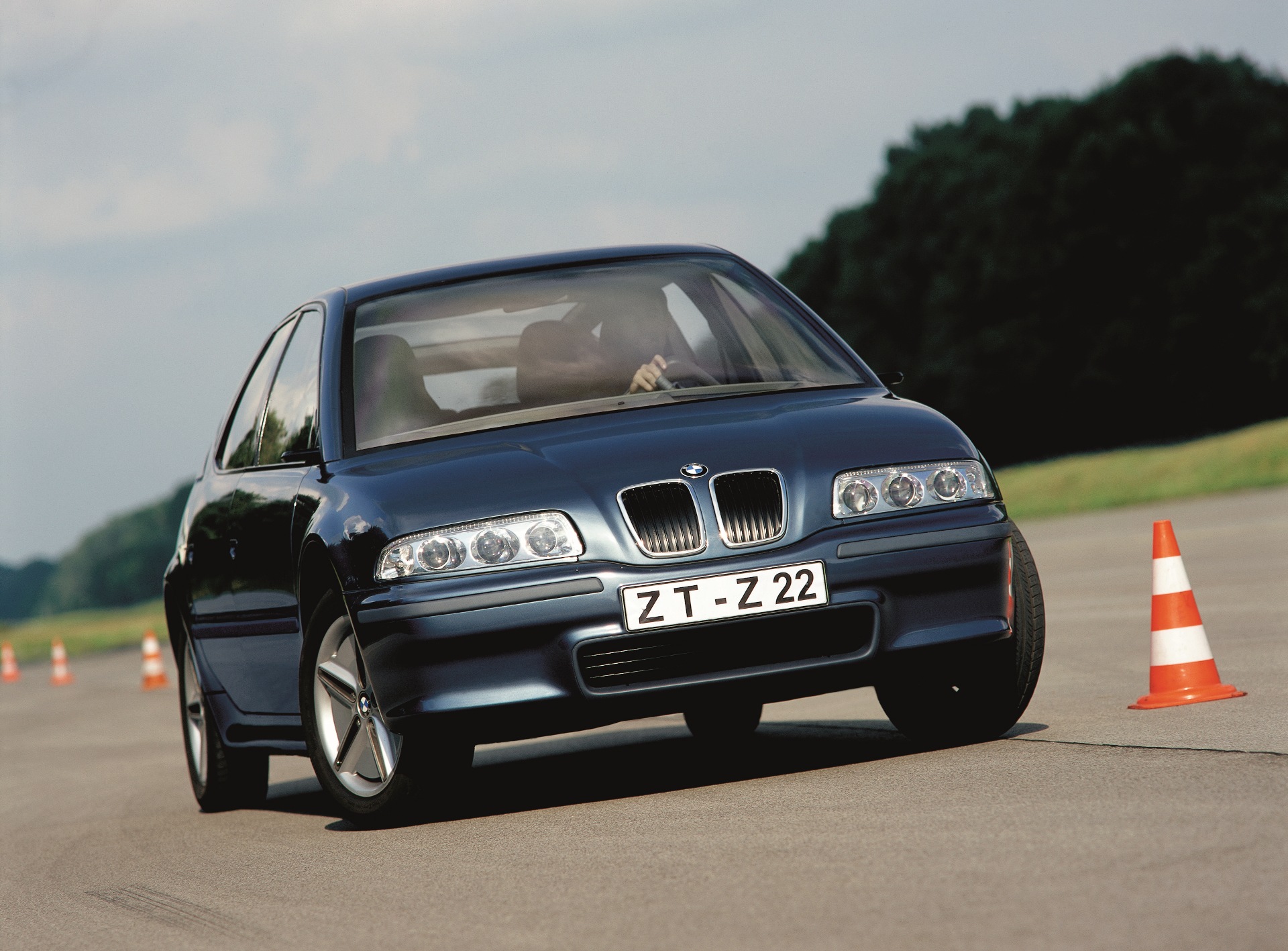 The BMW Z22 Concept is the perfect example of futuristic technologies introduced no less than 21 years ago, in 1999. BMW is one of the industry visionaries and has always pushed the envelope. The BMW Z22 is the fruitful result of the collaboration between the core BMW brand and the BMW Forschung und Technik GmbH subsidiary. The research and development subsidiary was established back in 1985 under the initial title of BMW Technik GmbH. 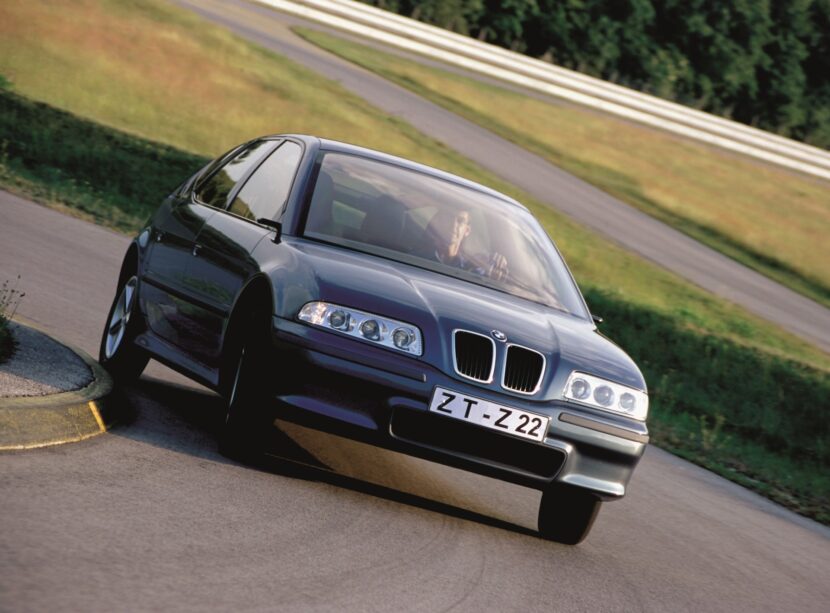 The daring BMW Z22 was conceived with a definite scope in mind: to be a technology test bed. The state-of-the-art, breakthrough solutions that were initially premiered as concepts on the Z22 can now be easily found in mostly all BMW models on sale. Like Cristopher Columbus ventured and conquered the unknown, the 1999 BMW Z22 can also be considered the foreteller of many future technologies, which are common sense these days. 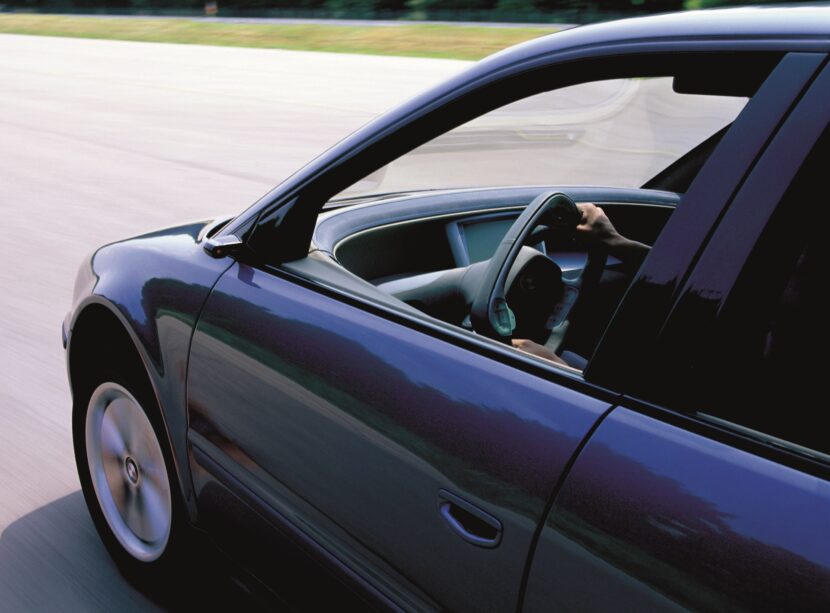 In all aspects, the BMW Z22 Concept is a frontrunner, as it introduced no less than 70 innovations and 61 registered patents in areas such: exterior architecture, cockpit functionality, lightweight construction, powertrain and lighting technology, safety, infotainment and mechatronics.

Similar to the aviation fly-by-wire concept, the Z22 exhibited the state-of-the-art steer-by-wire and brake-by-wire technologies. The power steering and the brake did not operate operate mechanically, but instead used electric impulses to transfer the command to the driver. 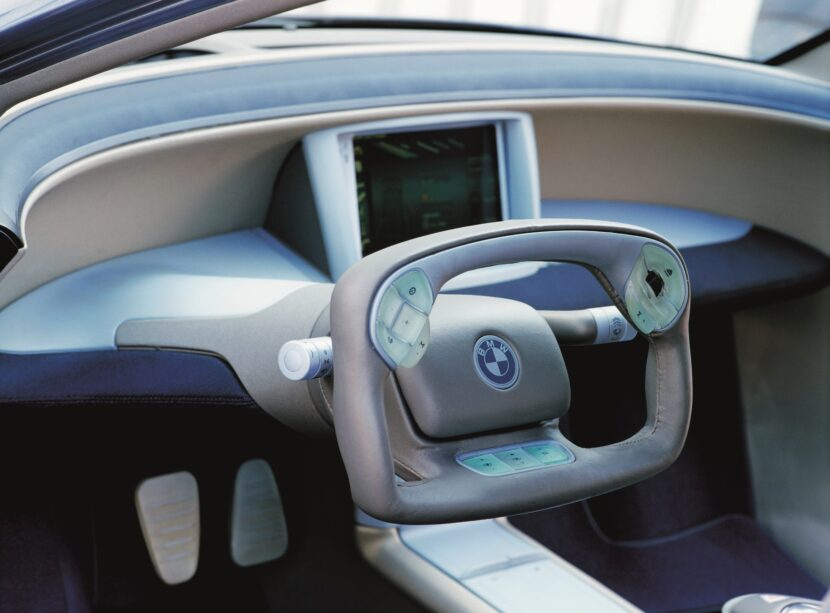 Furthermore, starting the engine was done by means of a fingerprint scanner, which replaced the conventional ignition key. The Z22 concept was also equipped with rear-view cameras instead of the conventional inner and outer mirrors. 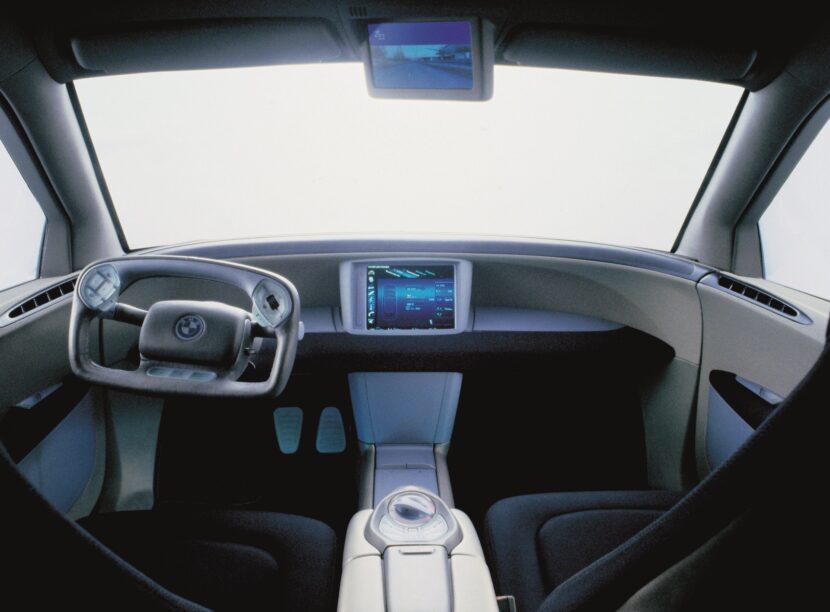 The BMW Z22 also premiered the Head-Up Display information system, that proved to be a convenient way to display relevant details such as speed and navigation instruction in typical aircraft fashion, directly in the eye sight of the driver. 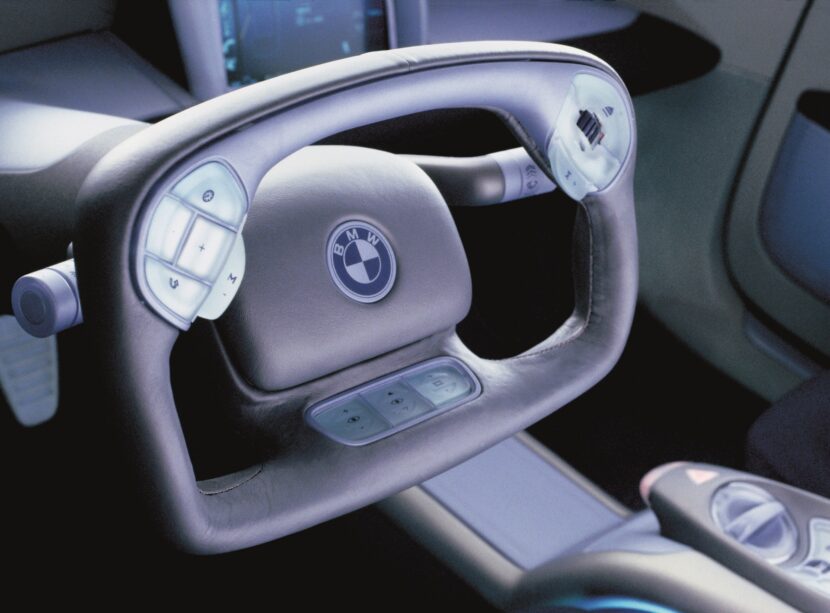 The general architecture of the dashboard resembled the cockpit of an airplane, while the number of buttons and controls has been reduced to the minimum necessary. Yet, the cabin and dashboard have been greatly digitalized, like no other car from that era.

The centrally-placed monitor, which is now a standard feature on all BMW models as Control Display, was operated in the Z22 by means of a Central Control Unit installed on the central front armrest, a precursor of today’s iDrive rotating control knob. 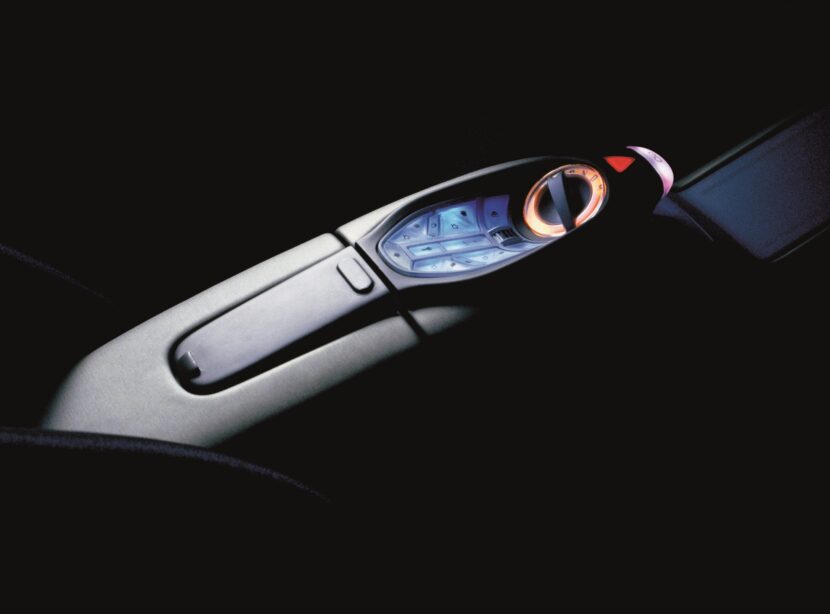 Furthermore, the BMW Z22 was also equipped with adaptive headlights, which followed by the road profile and adjusted themselves accordingly. Today, the headlights with adaptive function can be found on mostly all BMW models, either as standard equipment or as an option.

The Z22 technology test bed featured an interesting and crossover-like exterior silhouette, which favored a practical cabin configuration. The concept car boasted the E38 7 Series wheelbase and an overall length that was identical to the E46 3 Series model, which helped massively improve the interior room of the Z22. 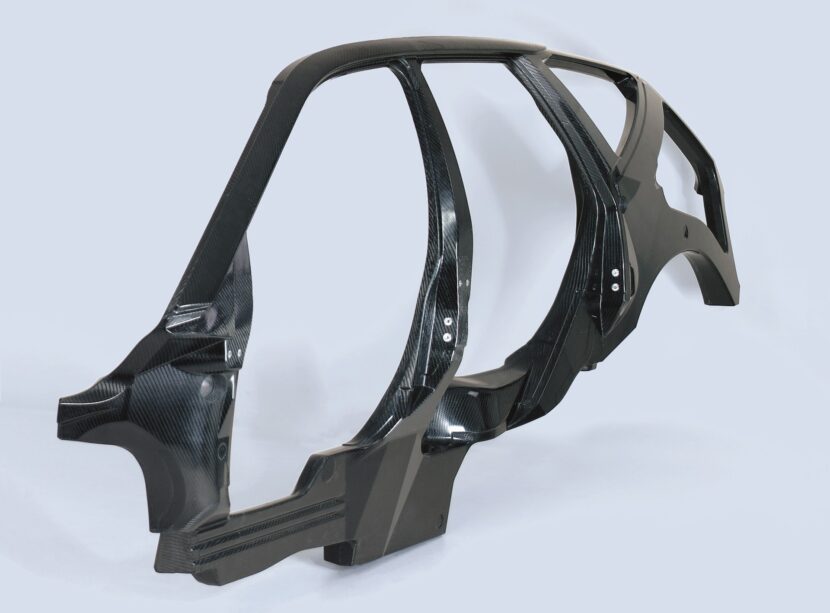 Inspired by Formula 1, the Z22 boasted an integral, carbon fiber reinforced plastic (CFRP) monocoque chassis and CFRP body panels, as well as an extensive use of lightweight composite materials. This not only improved the crash safety and overall structural rigidity, but it also helped bring down the kerb weight, which was less than that of the E39 528i Touring.

The Z22 was powered by a petrol engine developing a peak output of 100 kW/136 PS (134 hp), which was linked to an automatic, continuously variable transmission or CVT to transfer the power the wheels. Fuel consumption averaged just 6.0 liters / 100 kilometers. 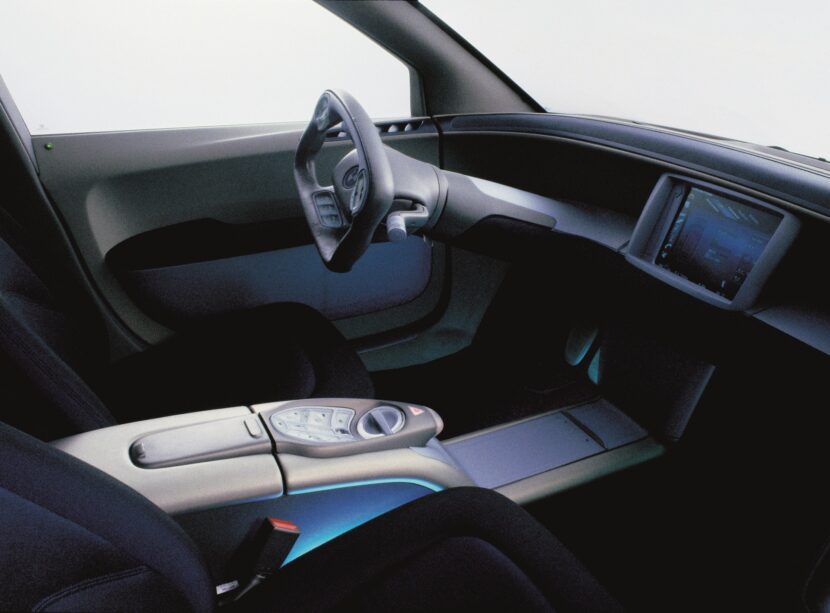 From the adaptive headlights to the intuitive operation concept, from the lightweight construction measures to the employed level of mechatronics, the BMW Z22 concept of 1999 brought a decisive breakthrough in every single area.

If one technology test bed can be considered to have contributed significantly towards mastering today’s BMW technologies, the Z22 certainly holds a meritorious place in the gallery of futuristic concept cars. It can also be admired by visitors of the BMW Museum. 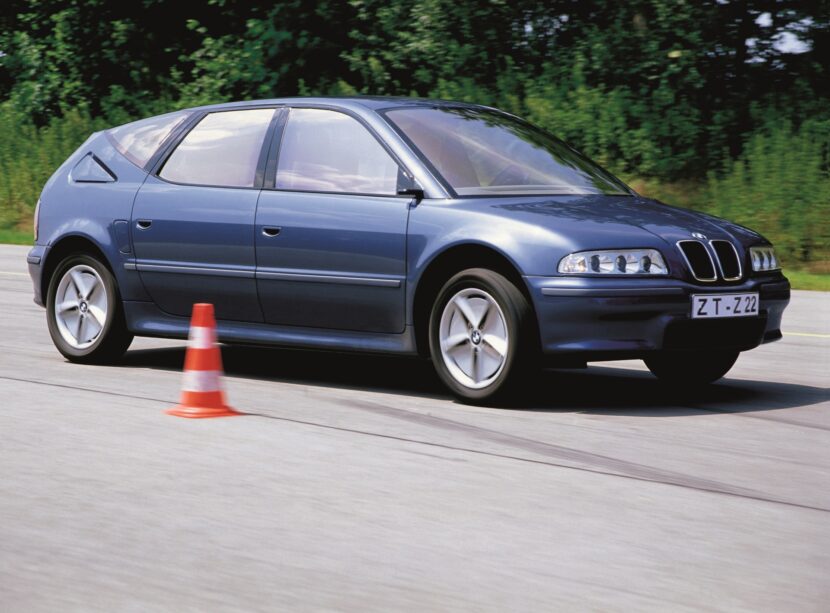 When you look at the i3, the forthcoming iNEXT or any other BMW model, you can surely conclude the BMW Z22 concept had an indisputable contribution and influence over the years.