BMW i Hydrogen NEXT coming in 2022 with 368 horsepower 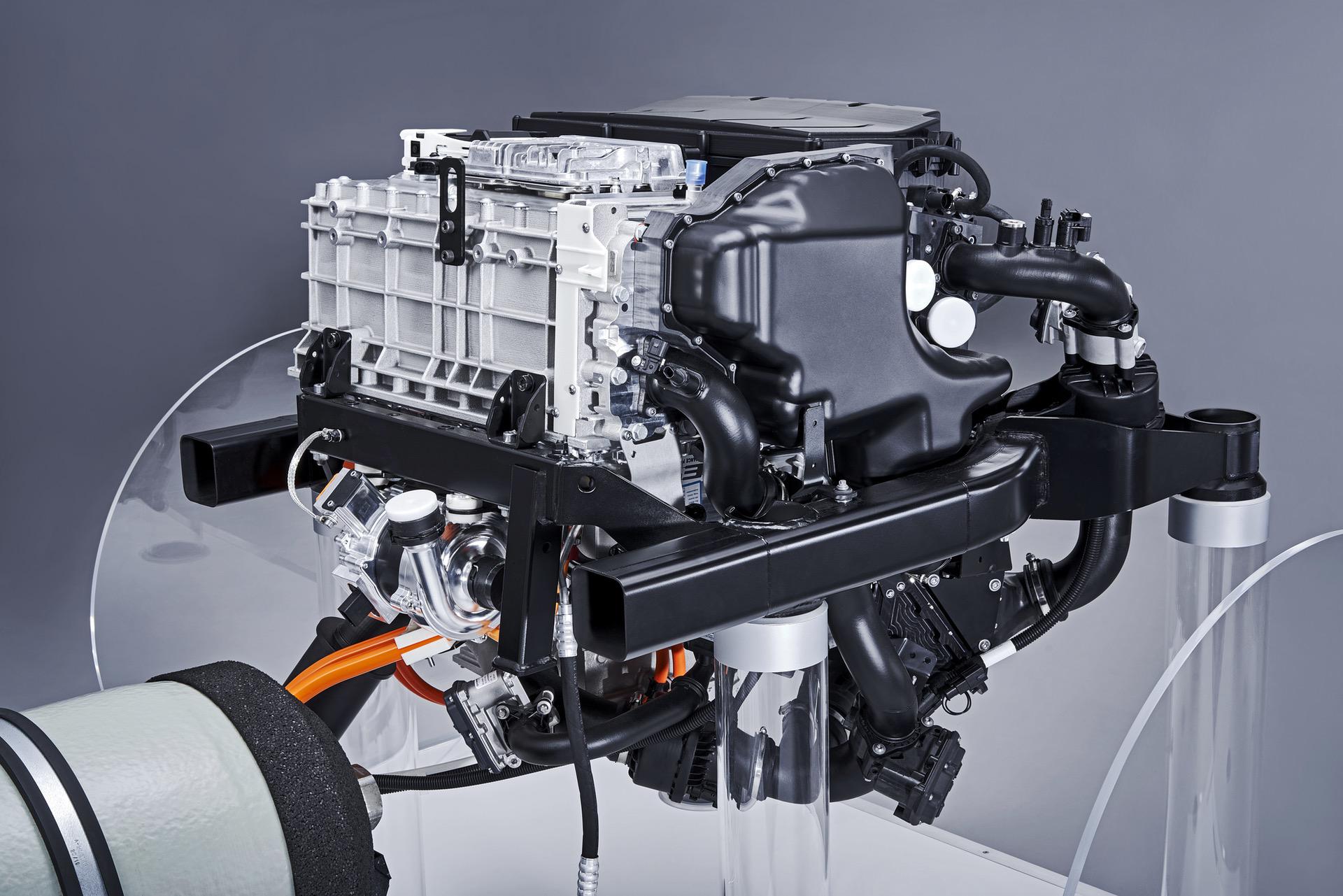 The future BMW i Hydrogen NEXT fuel cell electric vehicle is scheduled to be unveiled in 2022, equipped with a state-of-the-art hydrogen-based powertrain. As part of its long-term commitment to fuel cell technology, BMW Group will launch the second generation of its hydrogen-based powertrain in 2022 on a small series of the BMW i Hydrogen NEXT based on the current X5 generation. 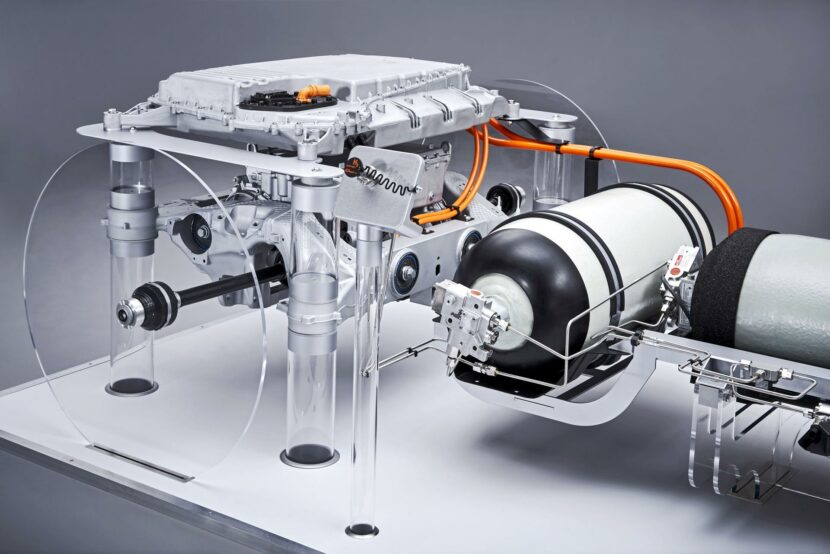 The prospects of offering a larger-scale series production BMW FCEV depend very much on market conditions, requisite infrastructure, competitive pricing and customer requirements. BMW estimates that it will be able to launch such a vehicle in the second half of this decade at the earliest.

Coming back to the BMW i Hydrogen NEXT, the new trial model will be produced in a small series on a modified G05 X5 chassis. Much of the high-tech exterior styling will be transferred from the concept car that was shown last year at the IAA Frankfurt. 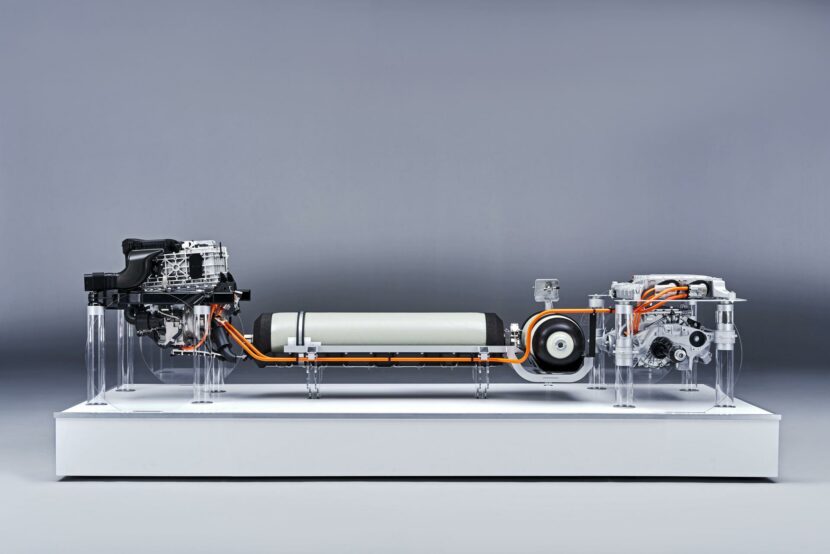 As Jürgen Guldner, Vice President of Hydrogen Fuel Cell Technology and Vehicle Projects at the BMW Group, explains, the second generation of the hydrogen fuel cell powertrain architecture generates up to 125 kW / 170 PS (168 hp) of electric output from the chemical reaction between the hydrogen in the vehicles storage tanks and oxygen in the ambient air.

Essentially, the chemical reaction between hydrogen and oxygen creates water, so the emissions of the powertrain are entirely green and eco-friendly: water vapors and nothing more. The electric converter located underneath the fuel cell units at the front adapts the voltage level to that of both the electric powertrain and the peak power battery located on the rear axle of the vehicle. The high-voltage battery is fed by brake energy as well as the energy from the fuel cell. 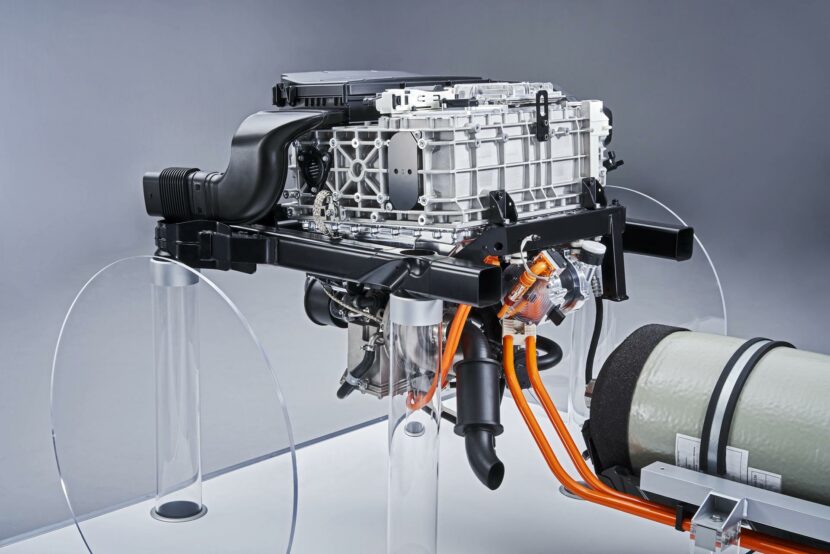 The hydrogen storage tanks are both weight- and space-optimized. They are located on the floor of the vehicle, below the passenger shuttle. The tanks are pressurized to 700 bar and, together, have a storage capacity of 6 kilograms of liquid hydrogen. This mass of fuel ensures a long vehicle range regardless of weather conditions.

The 5th generation of the eDrive unit that will debut on the forthcoming BMW iX3 electric SAV this year will also be an integral part of hydrogen fuel cell electric architecture of the BMW i Hydrogen NEXT. In the trial FCEV, the compact high-voltage, peak output battery is located above the electric motor and is designed to provide extra boost when overtaking and accelerating. 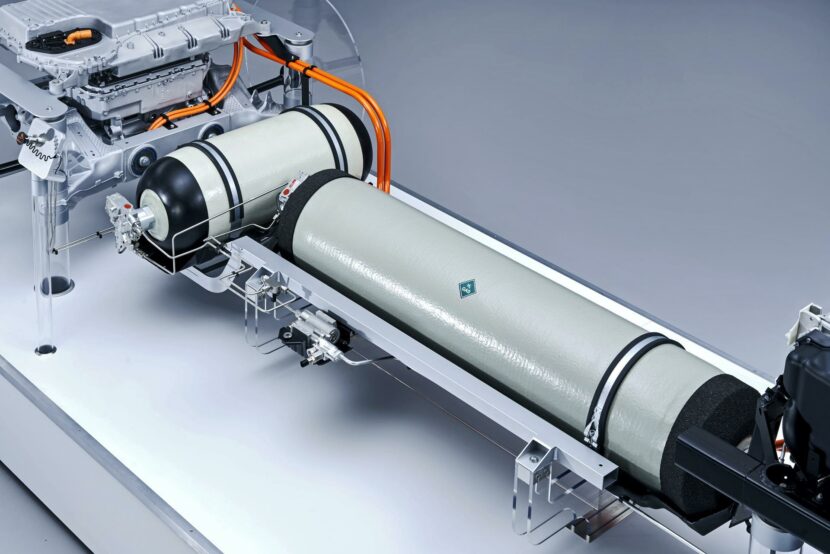 The total system output of the hydrogen fuel cell electric powertrain in the upcoming BMW i Hydrogen NEXT reaches 275 kW / 374 PS (368 hp), thus perfectly demonstrating the sheer top performance and viability of the hydrogen-based technology.

Hopefully, the pioneering BMW i Hydrogen NEXT trial series of FCEVs will raise awareness on the competitive potential of fuel cell electric powertrains and will steer the industry and market in the desired direction. 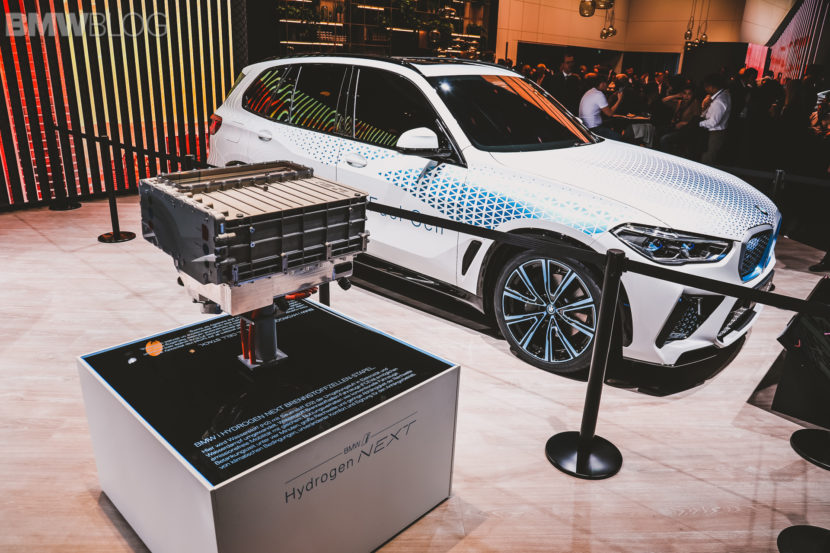 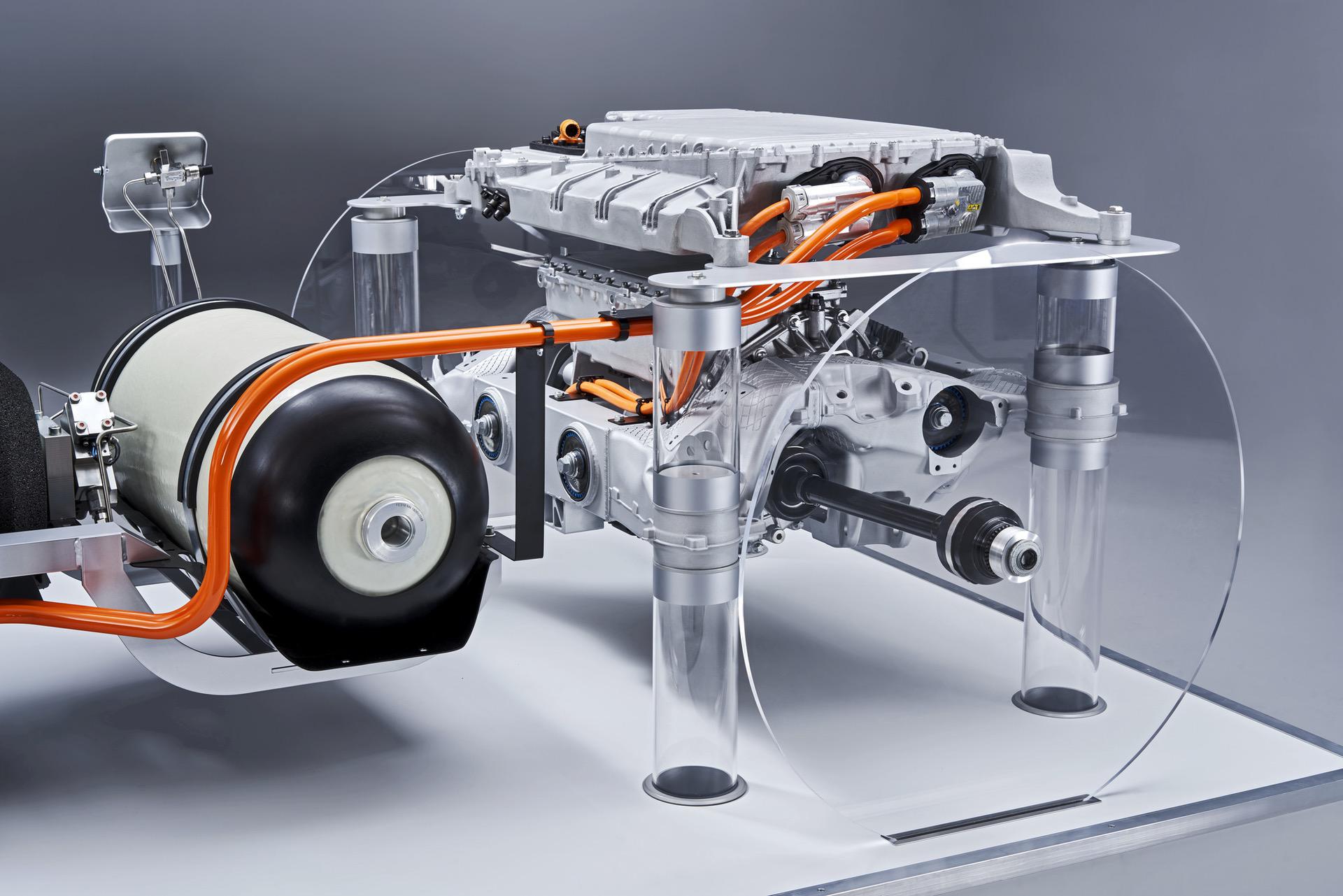 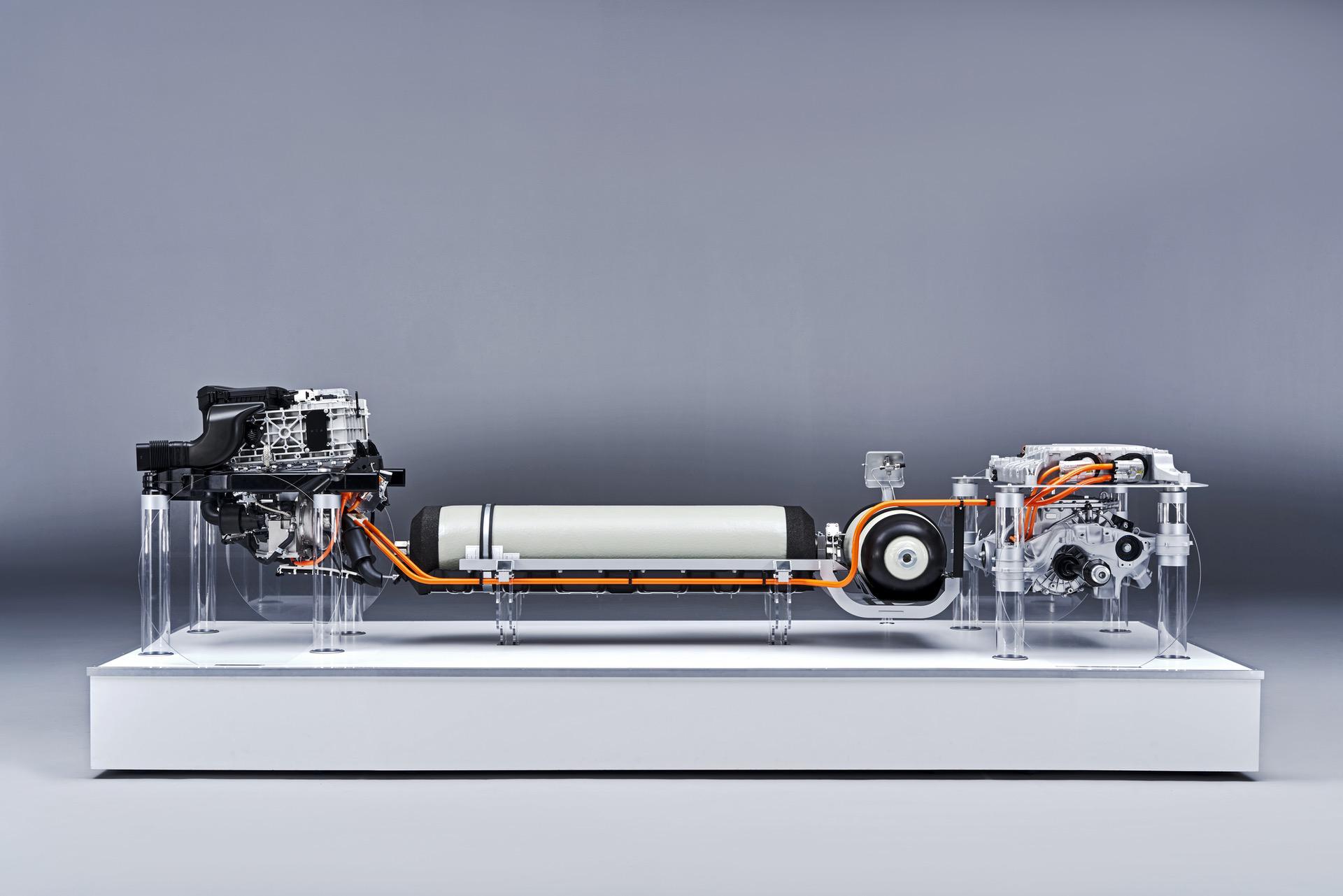 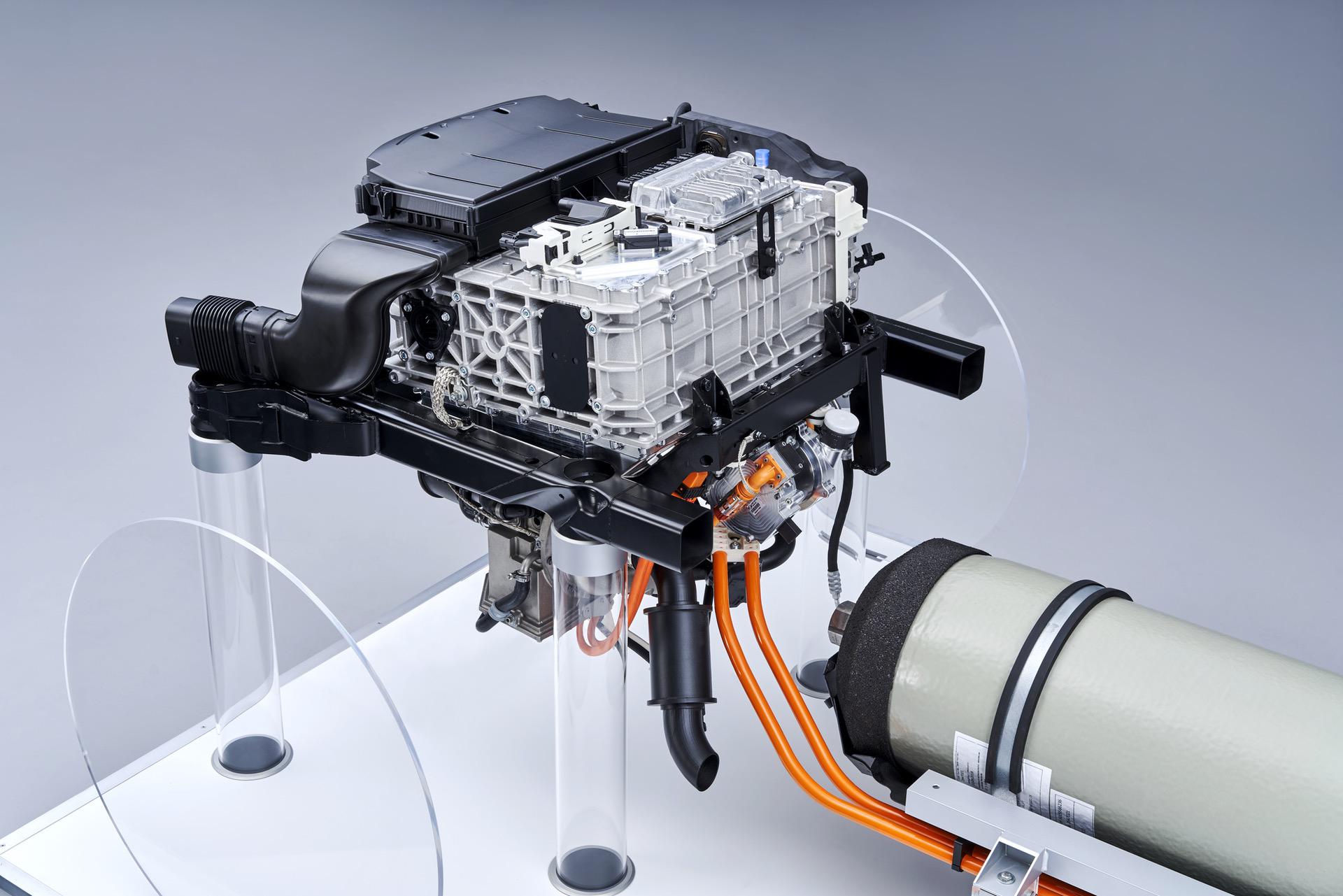 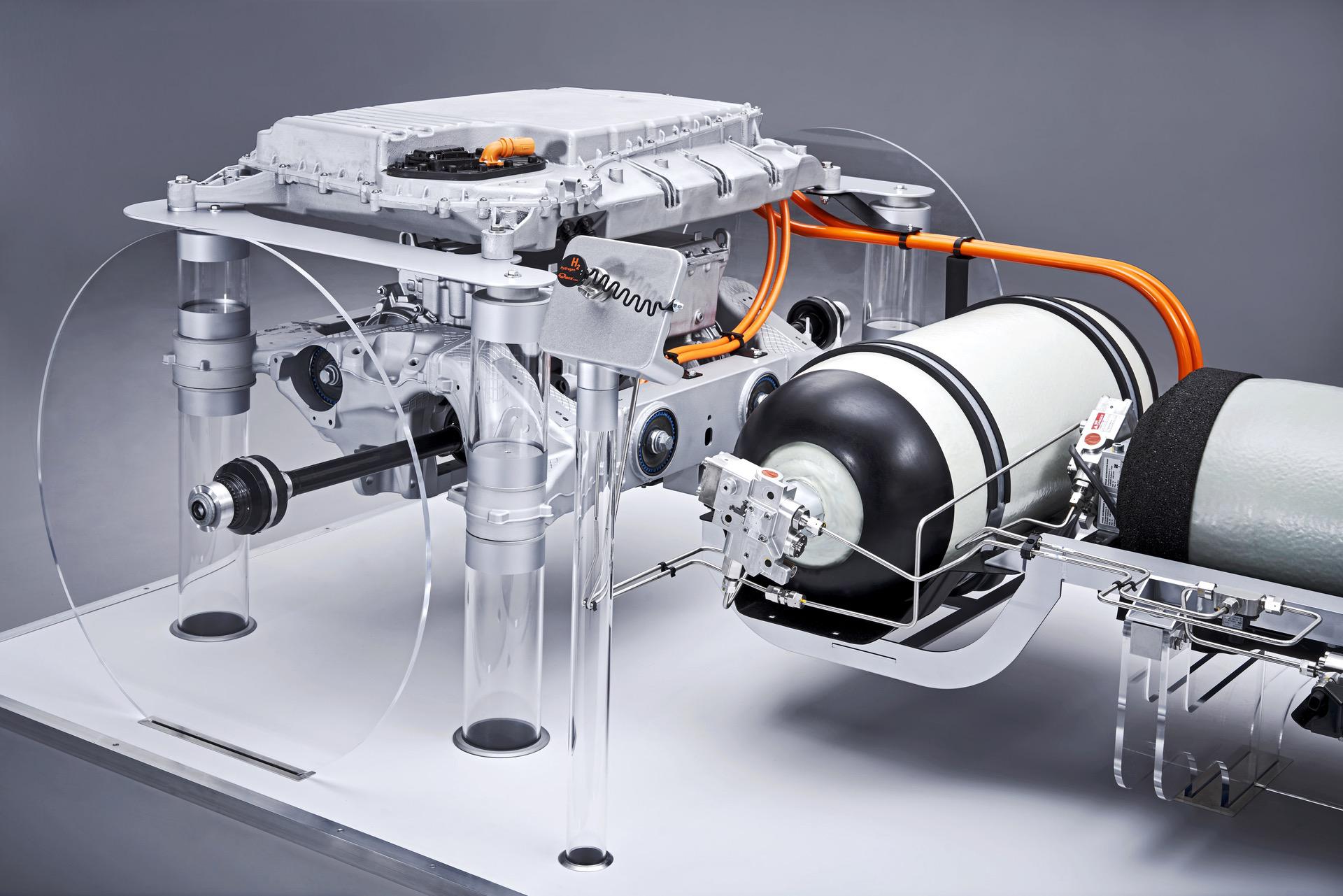 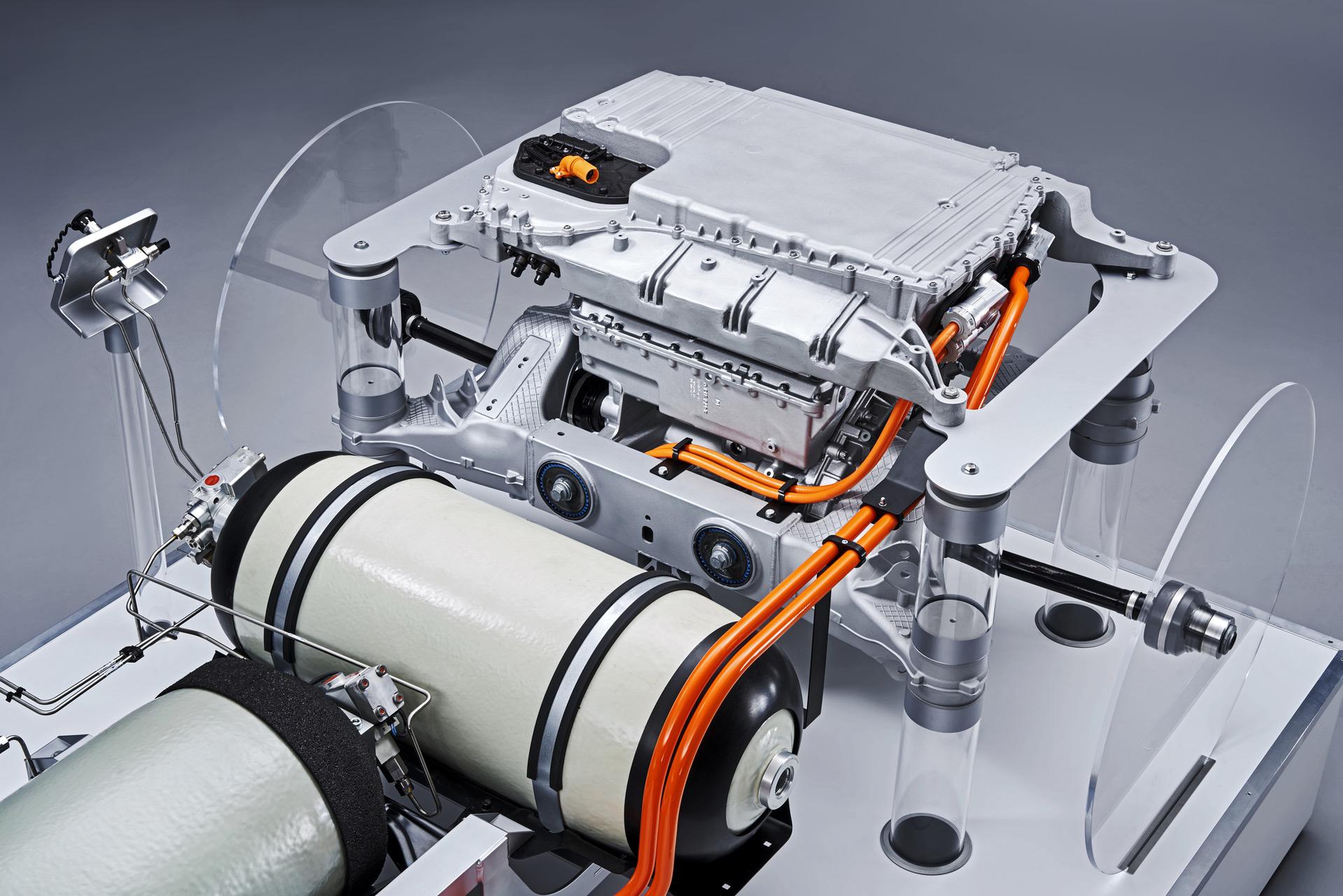 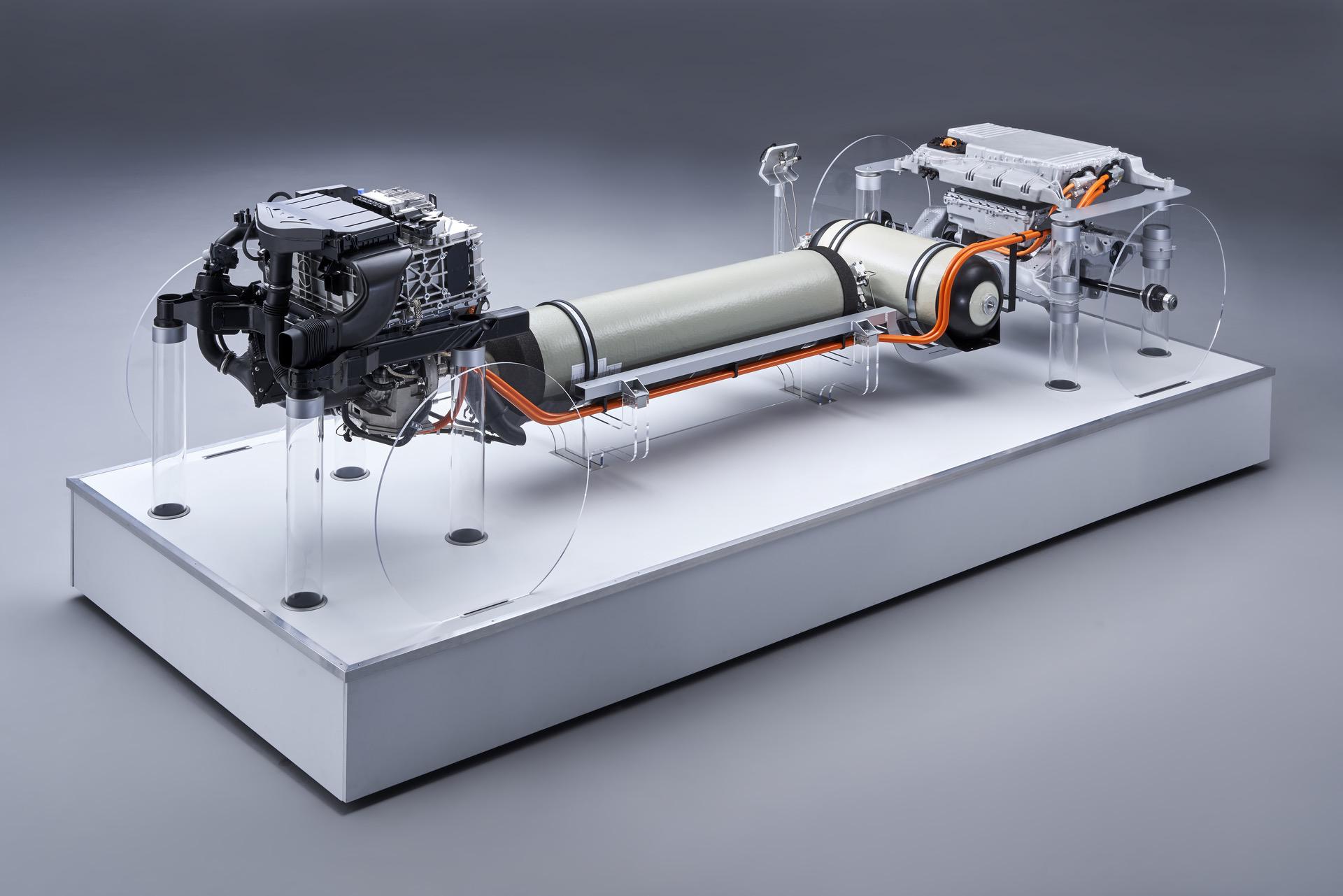 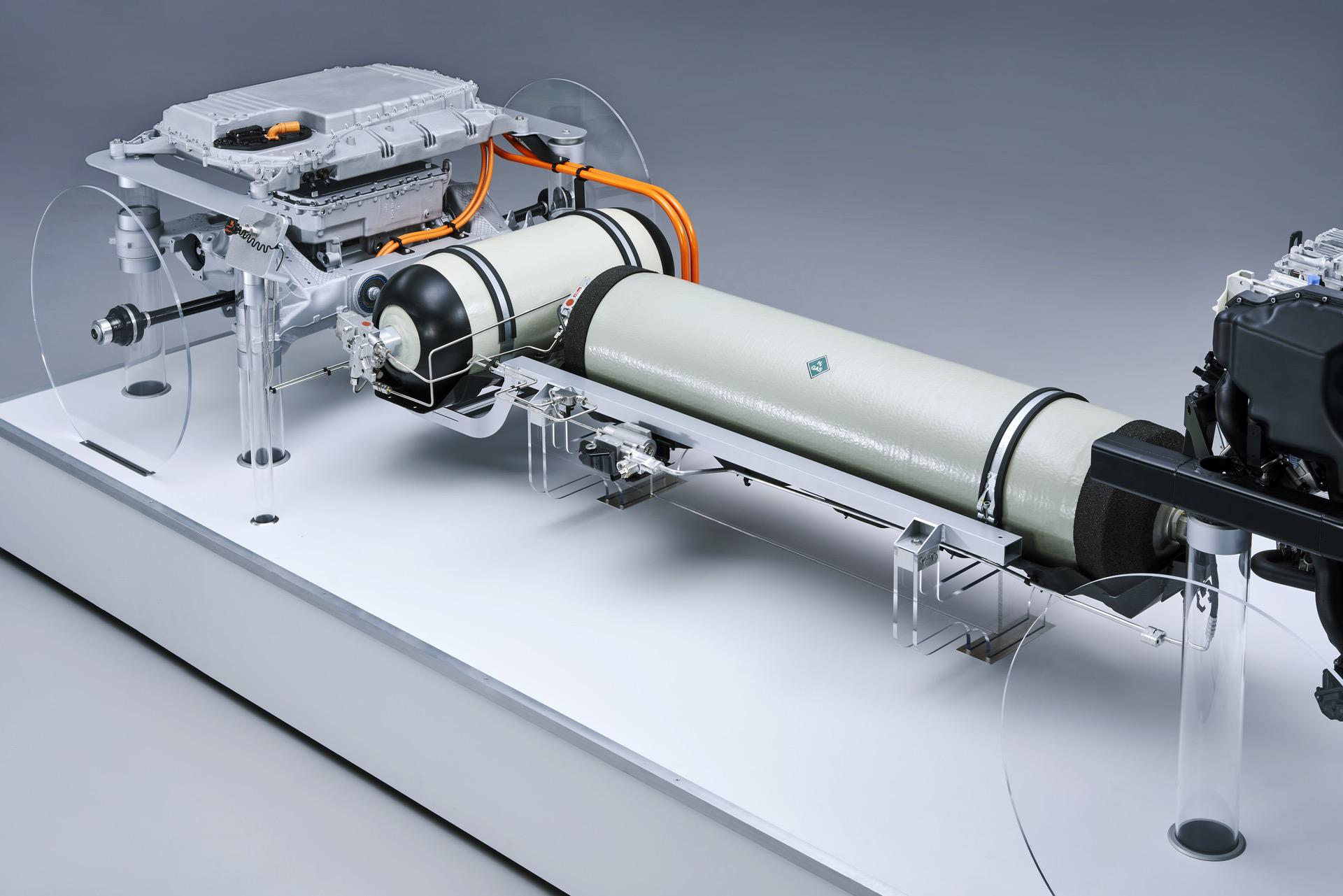