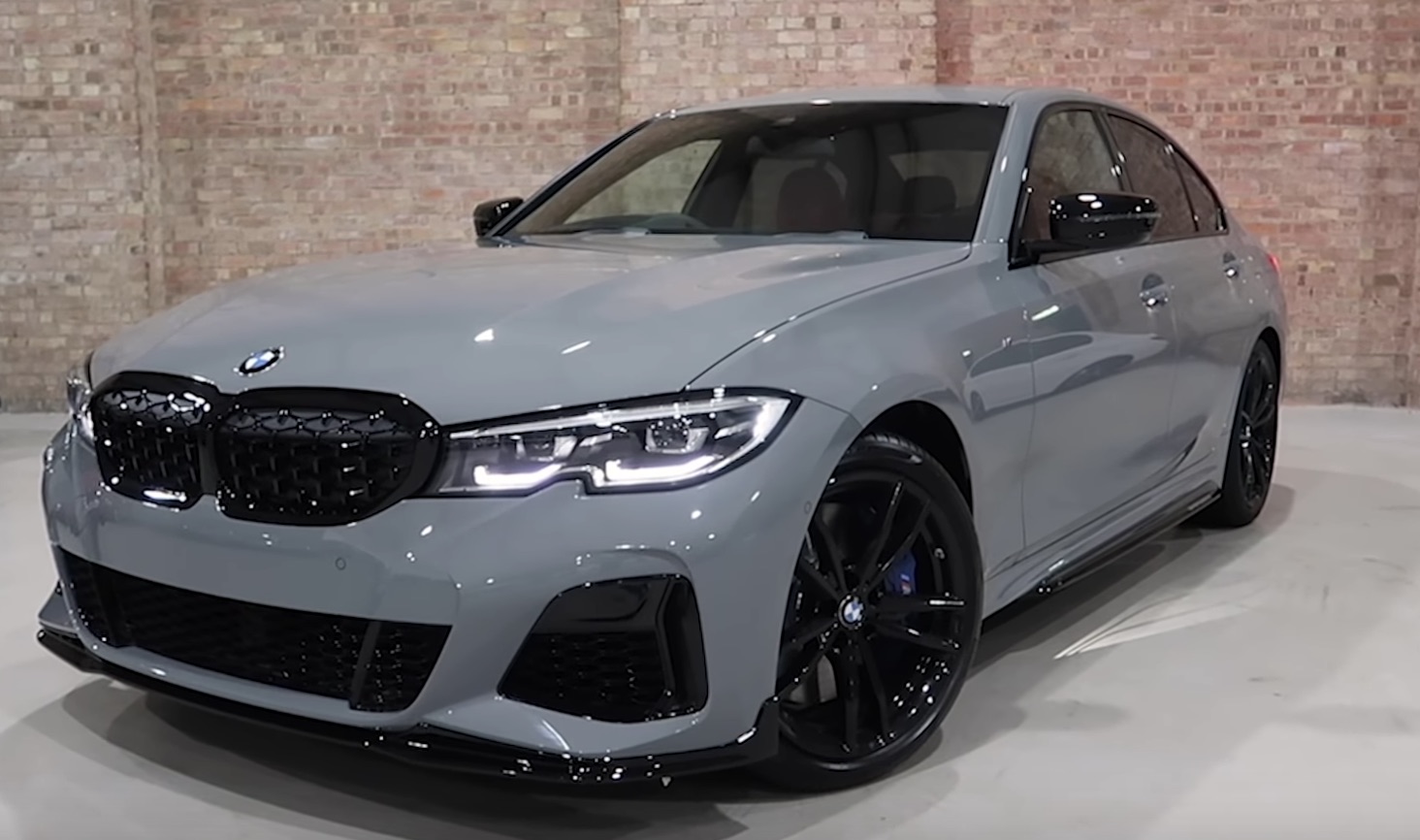 Youtuber Joe Achilles brings us an exciting new video featuring a 2020 Nardo Grey BMW M340i. If Nardo Grey sounds familiar, then it’s likely that you’ve seen it before on many BMWs and especially on Audi cars.

While Nardo Gray may be known as an Audi finish, recently it found its way to various models from other manufacturers, ranging from the Ferrari 458 Italia, Mercedes-Benz C63 AMG to the Porsche 911 GT3 RS. We’ve also seen it on a BMW M8, an M3 or even on an i8.

To make things even more exciting, this BMW M340i sports a series of M Performance Parts. As seen below, there’s an M Performance front splitter along with a rear spoiler diffuser. All of these parts are available in a choice of carbon, black high-gloss or black matte and optimize the air stream around the vehicle while reducing uplift.

Under the hood of the BMW M340i lies a 3.0 liter turbocharged I6 engine that makes 382 hp (North America, it’s a bit less powerful in Europe), making it the most powerful and fastest non-M 3 Series ever. The BMW M340i gets an eight-speed automatic gearbox as its only option and can be had in either rear-wheel drive or xDrive all-wheel drive.

According to BMW, 0-60 mph comes in the low four-second range. We managed to run the standard sprint in 3.7 seconds.

Click below to see the video of this quite unique BMW M340i in Nardo Grey: