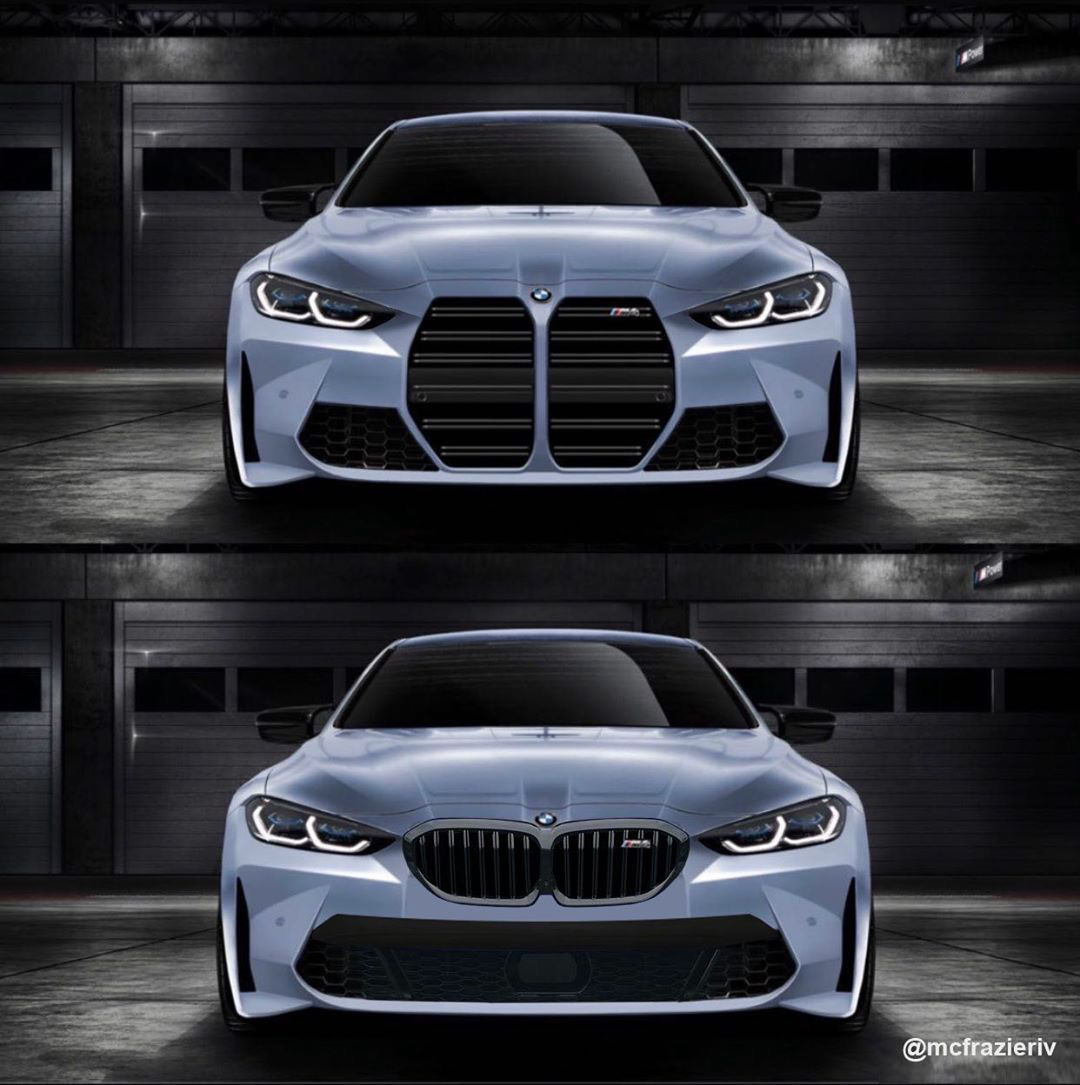 Without question, the biggest controversy that BMW currently faces stems from its new kidney grille design. With the BMW Concept 4, it introduced a set of kidneys far larger than anything we’d ever seen before. They’re so large, in fact, they make the BMW X7 look modest. Now we know that the new grille design will make its way to the upcoming BMW M4 and we’ve already seen some leaked photos of it. So, naturally, render artists are trying to figure out what it will look like with more sensible grilles.

In this new image, we get to see a rendering of the upcoming BMW M4, as well as a rendering that shows off what the M4 would look like without the monster kidney grilles. Rather than having the two massive craters in its face, the bottom render looks like, well, a BMW. The grilles on the bottom car look like they’re taken from a G20 BMW 3 Series, which makes sense why they seem to work so well on the face of the M4. 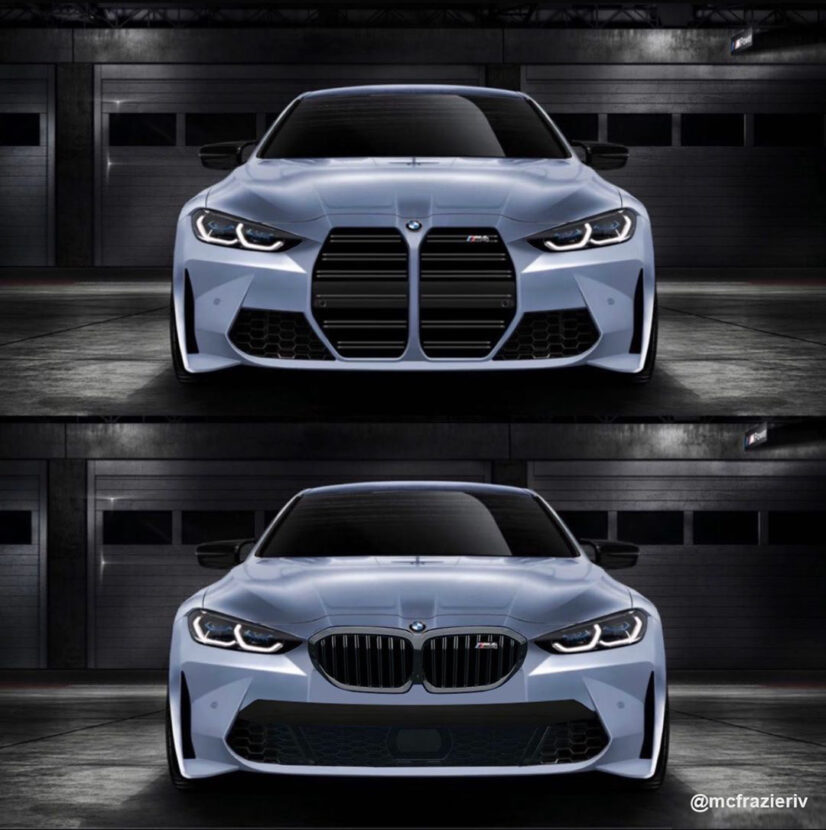 If BMW is looking for a bolder design, the top car is certainly bolder and more in-your-face. Vertically, the new grilles are about triple the size of the older ones, dominating the front end of the car. BMW’s done big, vertical grilles before (see: ’30s BMW 328) but it’s never done any as massive as these.

Personally, I don’t love the new grille design. I don’t hate it as much as others but it’s still a bit too brash, too enormous. There are actually some positives to the new design. For instance, the top sections of the grille sort of work into the hood and we know that should be part of the production design, as it was seen on the Concept. The frame-less design is also quite contemporary and looks quite nice. However, those two things could remain even if the grilles were smaller.

So you tell us, fine readers. Which is the better looking render: big grilles or small grilles?