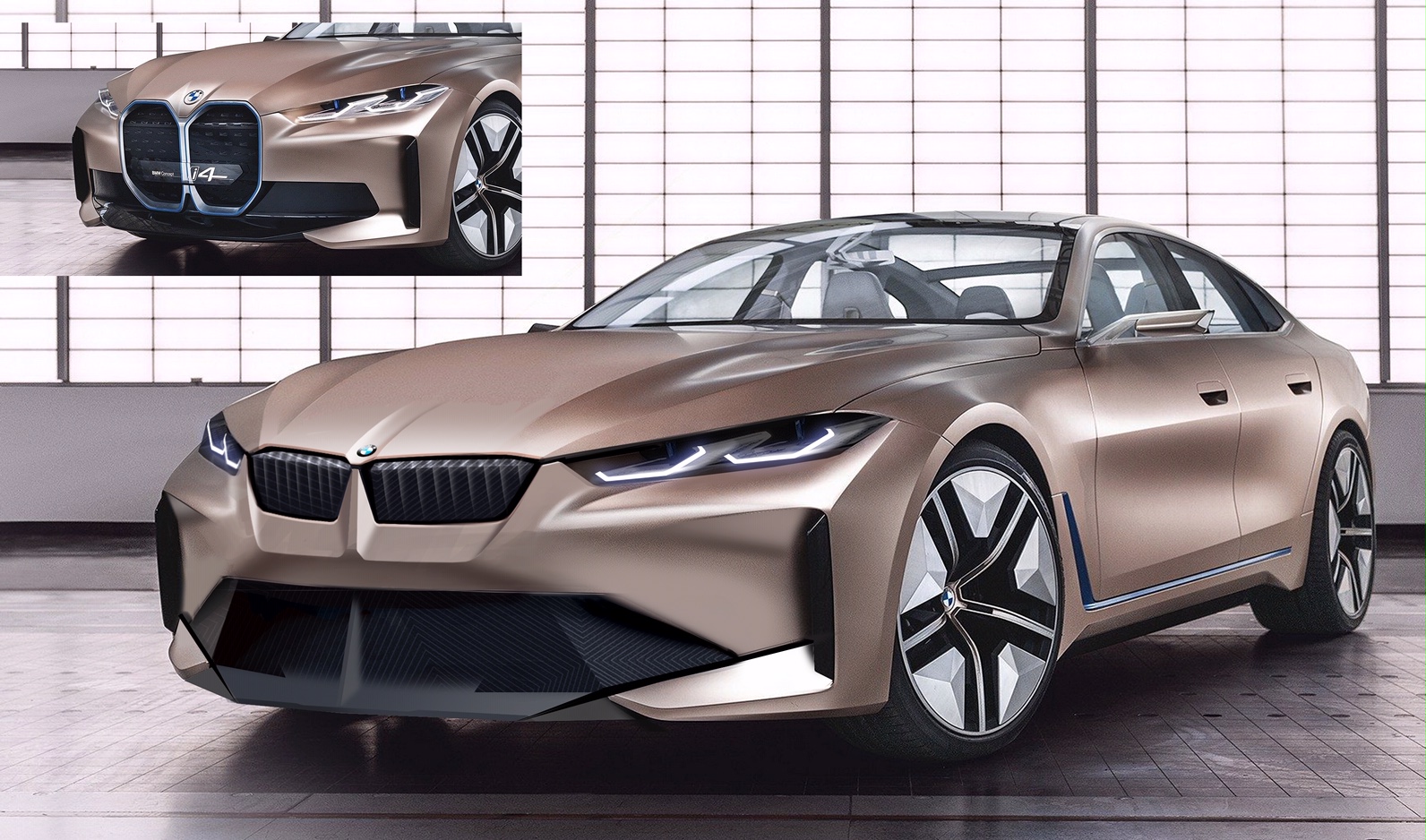 The BMW i4 Concept is the second Bavarian concept car to debut with monstrous kidney grilles, with the first being the Concept 4. Considering that they’re related, this isn’t particularly surprising. Still, the i4 Concept’s design has a lot of enthusiasts upset because it’s not exactly like the E30 BMW M3, so it must be heresy.

But I digress. While the backlash about its design is certainly overblown, there is some merit to it. The i4’s Kidneys are a bit massive and one can’t help but wonder what it might look like with normal-sized grilles. So someone found out by rendering it as such. 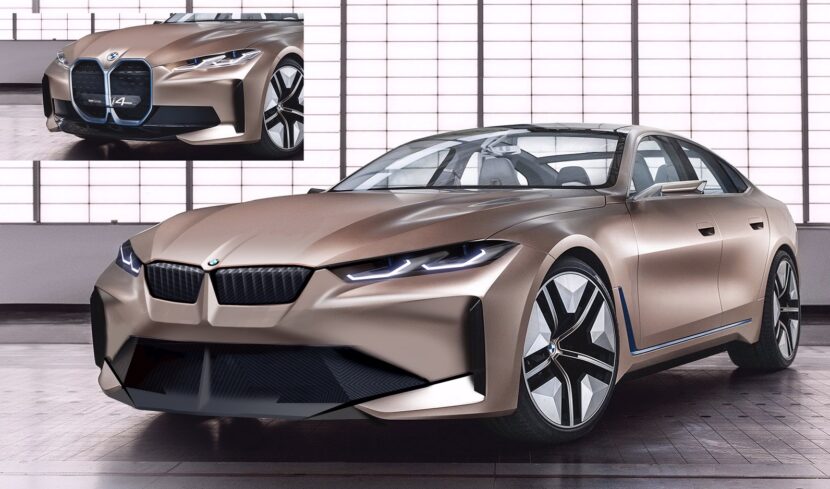 In this new rendering, we get to see the BMW i4 Concept with much smaller, far more normal-sized Kidney Grilles and it looks, well, good. The render still keeps its squinty headlights, sharp hood creases and massive front air intakes but just minimizes the grilles.

The minimizing is mostly vertical, too, so they’re still quite wide. They’re just the appropriate height in this render and it looks better.

To be honest, I actually think the render’s grilles are a bit too small. I think they should be a bit bigger, maybe extending to the lower body crease just beneath them, retaining the same shape. That would look perfectly to my incredibly untrained eyes. Still, this render shows us that the BMW i4 Concept would likely look better with more normal grilles.

We know that BMW, Audi and Mercedes-Benz have their reasons for adopting massive grille designs, and it’s mostly due to the demands of the Chinese market, but it’s still disappointing to see.

If BMW simply put smaller, more sensibly sized grilles on the i4, and maybe made it more radical in other ways, fans wouldn’t be so up in arms about it and this render likely proves that.