One of the hottest car topics of this year is the upcoming 2021 BMW M4 G82. The next-generation M4 leaked several times before, so it’s only fitted that rendering artists are putting together the final design details. This new rendering gives us a closer look at the front and rear-end of the G82 M4.

There are a few things worth mentioning. In the back, while the upper area is close to the final product, it’s the lower bumper that’s likely to be different. According to our sources, one of the M3/M4 models leaked had a pre-production bumper, so the final one might be slightly different. 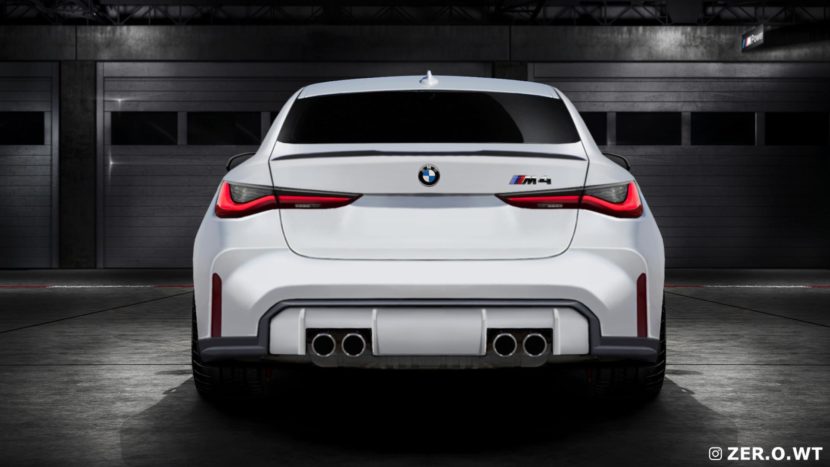 The rear-end also stands out with some wide hips, a subtle spoiler on the trunk and the slim and sleek taillights. The typical quad-exhaust pipes are present, as well as functional vent openings.

But it’s really the front-end of the 2021 BMW M4 G82 that brings controversy to the table. By now, most of us have accepted the fact that the new M3 and M4 will feature a large kidney grille. There will be some slight differences between the M3 and M4, mainly around the slats’ design.

My Opinion: The New BMW 4 Series Grille Isn’t So Bad

The extremely large kidney grille is polarizing and it dominates the entire front-fascia. Furthermore, it certainly looks better without a license plate, so we’ll see how that’s going to play out in different markets.

The new G82 generation of the BMW M4 Coupe will enter production by November 2020 together with the new G80 BMW M3, according to the last reports. The high-performance coupe will be offered exclusively with the M xDrive all-wheel-drive chassis.