The future BMW 4 Series Coupe (G22) is already causing a lot of controversy and debate, as the final car will certainly look a bit shocking. The latest spy photos (we don’t own them, but you can see them here) are the clearest to date. They most likely show a camouflaged BMW M440i version, given the honeycomb pattern of the radiator grille painted in Cerium Grey. The gargantuan kidneys are there, so for those who still cannot believe their eyes, here you have the proof.

BMW was serious when it stated that most of Concept 4 will make into production. The G22 generation is the very demonstration of the fact. Certainly, the 4 Series Coupe will never gonna go unnoticed with the huge front grille design.

Besides the kidneys that extend all over the height of the front fascia, the new headlights also look pretty to those of the Concept 4, even though they are translated in a more realistic way onto the production car.

The headlights extend all the way from the front wheel arch to near the kidneys, but apparently, they won’t connect with the grille. They are also more streamlined and slimmer than on the 3 Series, for example, thus mimicking the “eyes” of Concept 4.

Render of BMW M4 by @avarvarii

The pictured test prototype was equipped with the BMW Adaptive LED headlights, with its signature design known from the 3 Series and X5. As well, the BMW Laser headlights will be available as an option and display the powerful modern-look angel eyes.

Analyzing the side silhouette of the G22 4 Series, we get to see that BMW stays true to its traditional approach. The Hofmeister kink is there in a way similar to the 8 Series, which is a good thing. The kink styling exercise of the Concept 4 was a bit too daring.

Going rearwards, the theme of the thin lights is repeated. The L-shaped tail lamps are derived from the concept car and continue on the pattern emphasized by the 8 Series Coupe rear lights, with the 3D-looking L offering a powerful and elegant look.

The BMW M440i version will be powered by the same six-cylinder unit found on the new M340i models as well. The turbocharged petrol powerplant boasts a peak output of 374 PS (368 hp) for the European version and 382 hp for the US variant. Expect the new 4 Series Coupe to debut in the second part of 2020, with the BMW G82 M4 version following later on in 2021.

All in all, the new BMW 4 Series Coupe will be a very special car, which pretty much reminds me of the controversial Bangle era models. For BMW Group Design, the new philosophy a venture into a new world and a complete departure from the past styling language. You had to applaud BMW for having the courage to come up with something really outrageous and controversial. 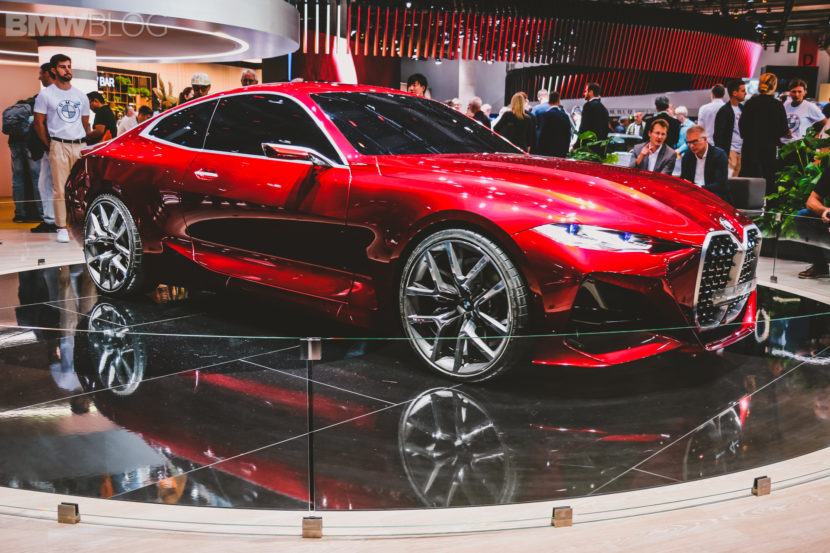 So, we want to hear your opinion on the new 4 Series Coupe, given the new and revealing spy photos. Do you enjoy the new design or you are a bit upset of this outcome?