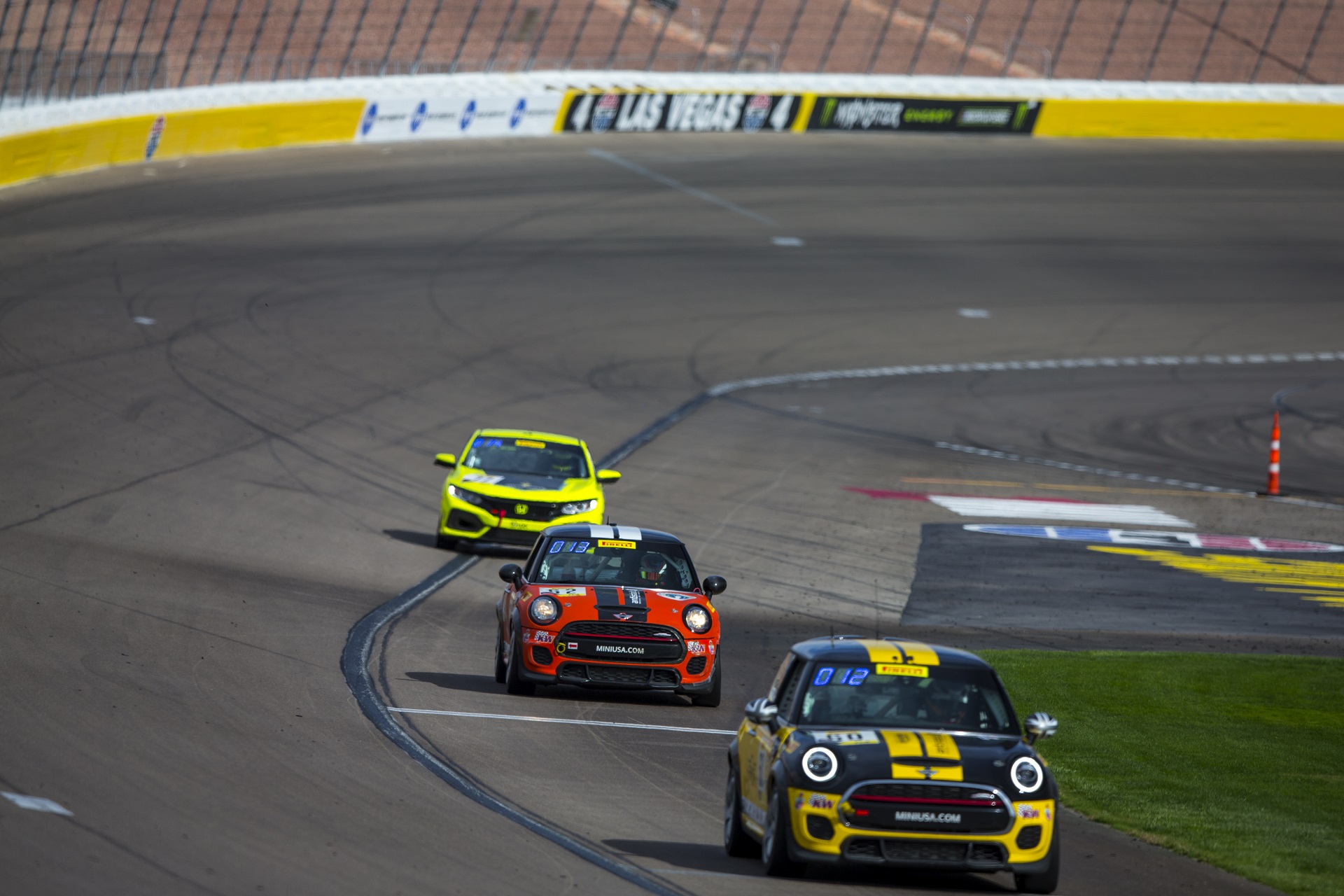 The 2019 SRO TC America race series came to an end this week, with two last rounds held on the Las Vegas Motor Speedway. The MINI JCW Team was able to finish strong and the guys managed to claim the TC America Manufacturers’ Championship title in the process.

Race one saw the team score a double podium with Mat Pombo in the #61 MINI JCW and Mark Pombo in the #59 MINI JCW, crossing the line in second and third place, respectively. As the team headed into race two, it seemed to be the class of the field. The MINI JCW race cars ran 1-2-3 for the majority of the race, with Mat leading the way. Nate Norenberg in the #60 and Tomas Mejia in the #62 Pledge to Humanity MINI JCW held down the next two positions under intense competition. 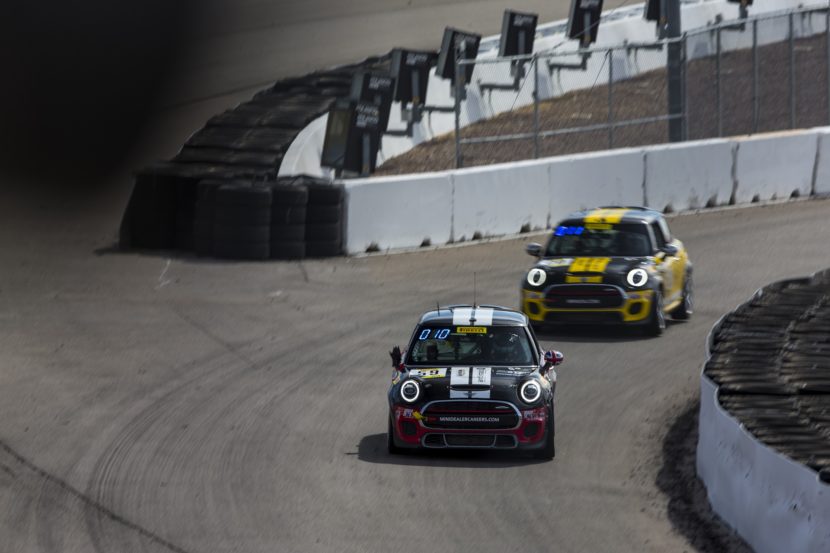 With two minutes to go, Mat’s car suffered an issue that caused him to drop out of the lead, but Norenberg and Mejia stepped up to fill the gap. Both were able to hold off two hard-charging Mazdas in bumper-to-bumper racing to claim a 1-2 finish. The win was the first for Norenberg in all competitions and proved to be an emotional moment for him. In addition to the first-place trophy, Norenberg’s finish secured the Manufacturers’ Championship for MINI and the MINI JCW Team. 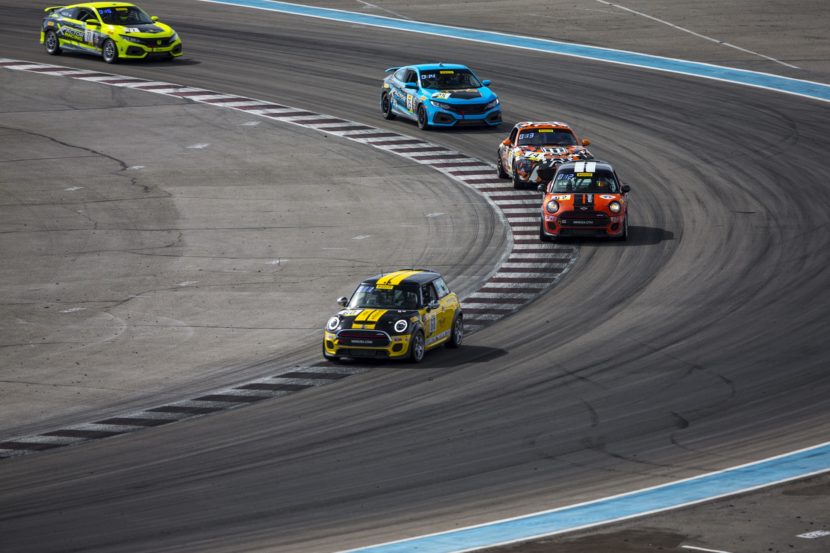 “After an incredibly successful season last year, I thought things couldn’t get much better, yet here we are,” said Luis Perocarpi, team owner, LAP Motorsports. “To win back-to-back Manufacturers’ Championships in two different series is truly a testament to the unrelenting hard work of the entire team, including the drivers, their families, our MINI service technicians and everyone at MINI USA. I couldn’t be prouder.”

With the Manufacturers’ title and five total race victories – three for Mark Pombo, one for Mat Pombo, and the aforementioned win for Norenberg – the team completed an extremely successful debut season in TC America. The MINI JCW Team had their usual full time race crew supported by six service technicians from the MINI dealers in the Western Region. These are the same technicians that repair consumer MINIs and have proven time and again that their knowledge transfers to the racing world.