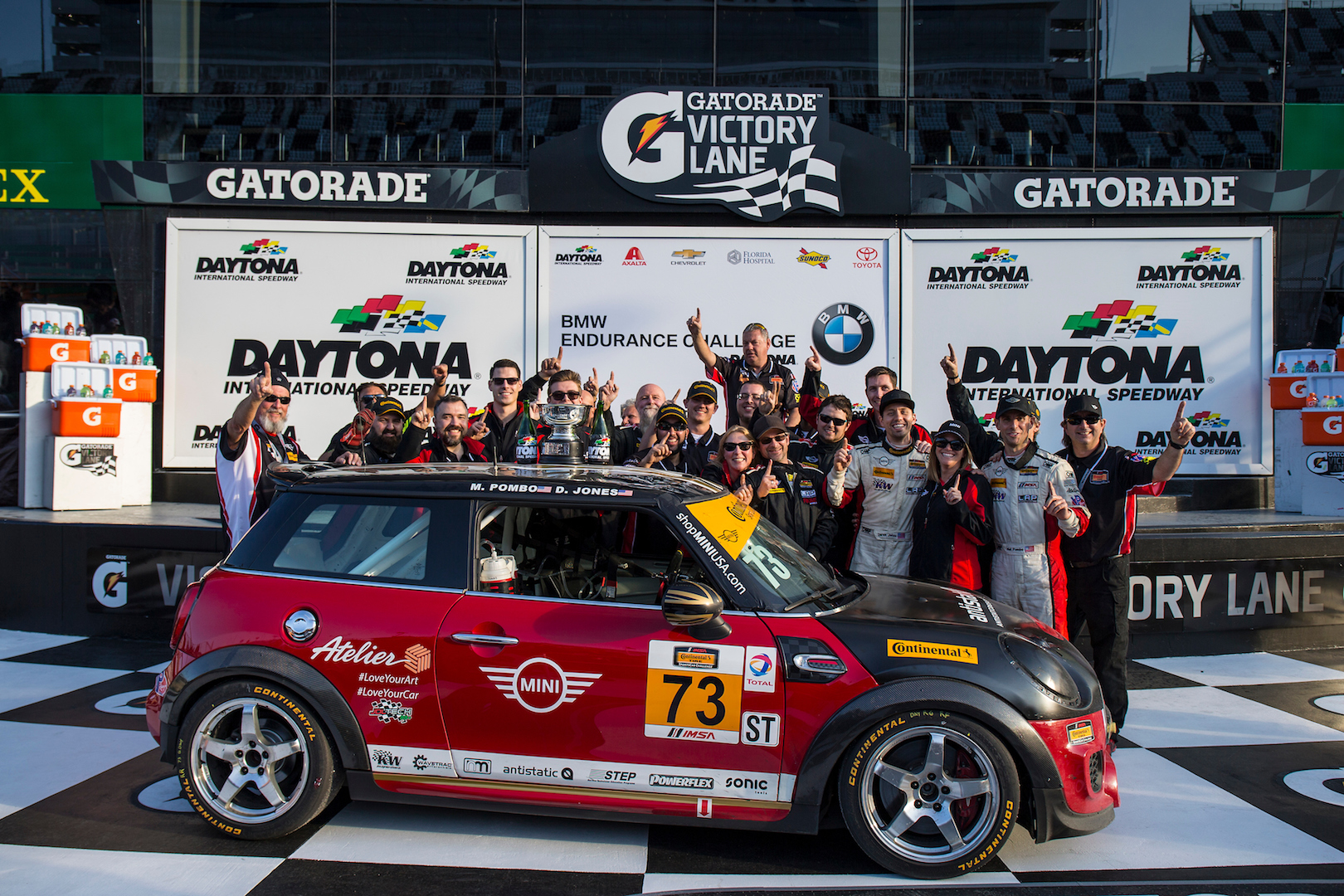 While we were focused on seeing the BMW M8 GTE from every angle before heading out into the 24-hour Daytona endurance race, the guys from the MINI JCW Team were also celebrating a launch of their own. The team has been racing in the Continental Tire SportsCar Challenge Series for three years now and this year will be celebrating its fourth season in the competition. The maiden race will also take place in Daytona, this week.

Last year, on the same track, at the first race, the MINI JCW Team managed to surprise everyone as Mat Pombo and co-driver Derek Jones drove the #73 MINI JCW to victory lane at the track known as the “World Center of Racing.” The big news for the MINI JCW Team this season is the shuffling of drivers that took place during the offseason. The #73 car will now be piloted by 2013 ST Driver Champion Mike LaMarra and Mat Pombo. Nate Norenburg will qualify and start the #37 MINI JCW with Derek Jones finishing the race. 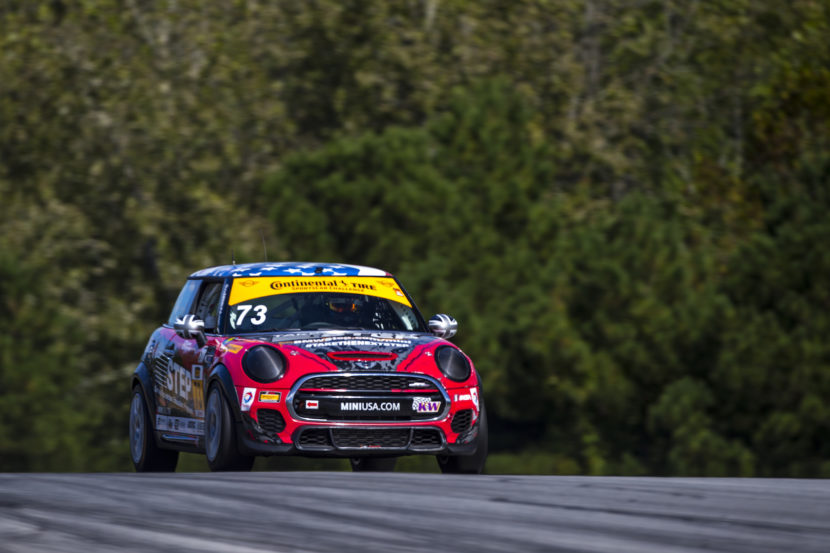 These two driver pairs are set for the year hoping to build chemistry as the season progresses. The #52 MINI JCW will be driven by a three-man team at Daytona. Jay Salinsky will qualify and start the car, with Tyler Stone taking the wheel for the middle of the race and Mark Pombo closing out the four hour endurance race. Mark Pombo will be in the #52 car for the season and will rotate through a number of co-drivers.

“We are really excited about the upcoming season,” said Luis Perocarpi, team owner, LAP Motorsports. “Our test sessions at the Roar went really well and our driver shuffle strategy will give every MINI JCW the opportunity to get to victory lane and a shot at the series championship at the end of the season.”