Given the recent market introduction of the new 1 Series, the first comparison tests were just a matter of time to appear. One the very first battles is conducted by the German automotive news magazine Auto Motor un Sport (AMuS) and puts the Bavarian hatchback against two of its major co-national opponents: the Mercedes-Benz A-Class and the Audi A3.

The chosen Bimmer was a 118d Sport Line to compete with a Mercedes-Benz A 200 d and an Audi A3 35 TDI. All three compact-sized premium models featured a 2.0-liter diesel engines with 4 cylinders and developed the same peak output: 150 PS (148 hp). And that is where the similarities end. 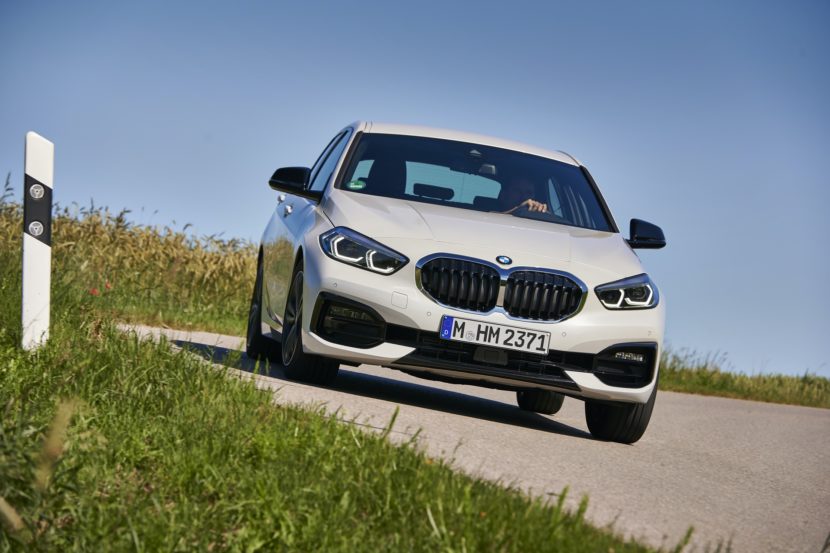 The 1 Series can be described as the most dynamic and agile of the three. Moving onto a new, front-driven platform called FAAR has not jeopardized that BMW driving feeling, as engineers did their best to come up with clever solutions as to diminish the effect of the extra weight on the front axle. Systems such the ARB, the permanent DSC with DTC function as standard and the adaptive suspension (optional extra for around 500 euros) all contribute to a better ride in the new 1 Series. 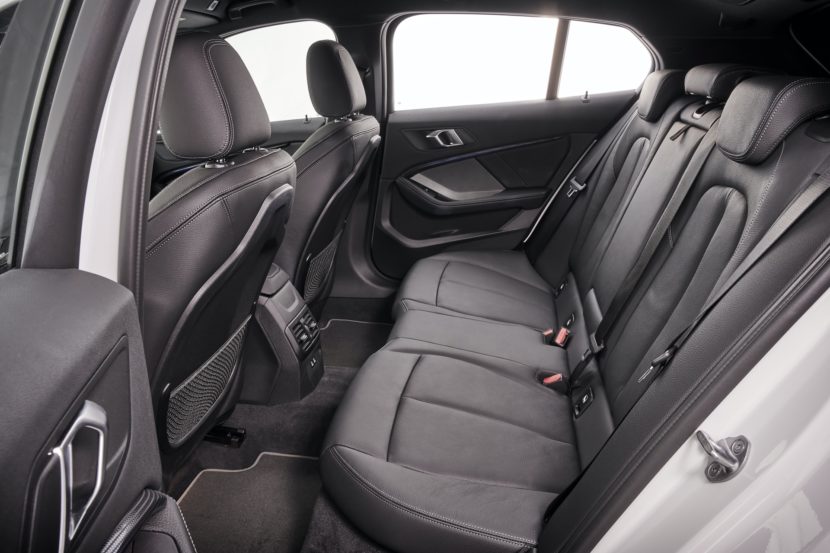 Given the new front-wheel drive architecture, the room inside the 1 Series has increased substantially, especially in the rear-seat area. What’s more, the luggage compartment is on par with that of the A-Class with a volume of 380 liters (or 1200 liters after the rear bench in folded) and higher than that of the A3 (only 335 liters).

The dashboard of the new F40 generation is dominated by the BMW iDrive Operating System 7.0, which can be operated via dedicated steering-wheel buttons, voice control the rotary controller on the central tunnel, touchscreen or, for an extra 300 euros, gesture control. 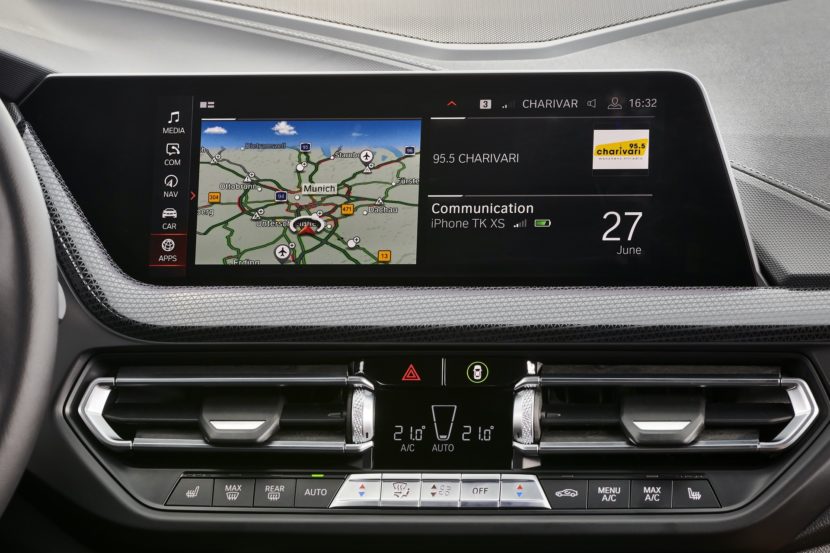 At 38,250 euros, the BMW 118d is the priciest choice in the comparison test, followed by the A3 at 35,000 euros and the much cheaper A-Class with 34,064 euros. With the optional equipment included, the Bavarian jumps well over 50,000 euros which might be a little ridiculous given its powertrain and corresponding market class. The additional digital equipment (such as the BMW Live Cockpit Plus and Professional) also increases the price by some staggering 2,000 – 3,000 euros, whereas not choosing to go for an all-leather interior and metallic exterior paint could save an additional 2,100 euros.

However, the main strong points of the 1 Series are the balanced and economical engine, the decisively sporty on-road behavior, the increased and airy space of the cabin and the unbeatable equipment package. If it would matter in the real life, out of the three cars, the 1 Series is the slowest in regards to top speed: 216 km/h, compared to 218 km/h in the A-Class and 220 km/h for the heaviest-of-all Audi A3.

The years that have passed since the A3 has been introduced are not a shortcoming for the Ingolstadt model. The four-ringed hatch has aged pretty nice, as a new generation will be unveiled  in 2020. The A3 has the most comfortable chassis of the three and the MMI infotainment interface is still attractive to use.

The A-Class impressed the AMuS journalists with its extensive safety package, overall consumption in the test and the ambivalent character of its chassis. As they say, the Stuttgart-bases has managed to deliver a good all-rounder in the compact class. However, the interior space and architecture leaves some to be desired and the sterile overall dynamics are not on par with the hallmark agility of the BMW.

In the end, the Mercedes wins this comparison test by a small margin: 453 points as opposed to 445 points for the Bimmer. The A3 is showing its age and comes out 3rd with 430 points.