BMW made it pretty clear from the get go that the new 1 Series is bound to be filled with tech. To be fair, the new hatchback needs something to keep it competitive now that the rear-wheel drive layout is gone and considering the competition it has to face. Thus, the decision to bring basically all the tech BMW has at its disposal today on the new 1er makes a lot of sense. But just how much tech do you get? Well, the official launch film should paint a rather clear picture about that.

The clip starts off by introducing us to one of the least practical optional features I got to test recently: the Digital Key. While it seems awesome, in theory, to be able to use your phone as a car key, in reality it’s really not a pleasure to have to take it out of your pocket every time you want to drive or lock the car. Then there’s all the other tech. From Gesture Control to the new iDrive 7 and Live Professional Cockpit instrument cluster, everything’s there. 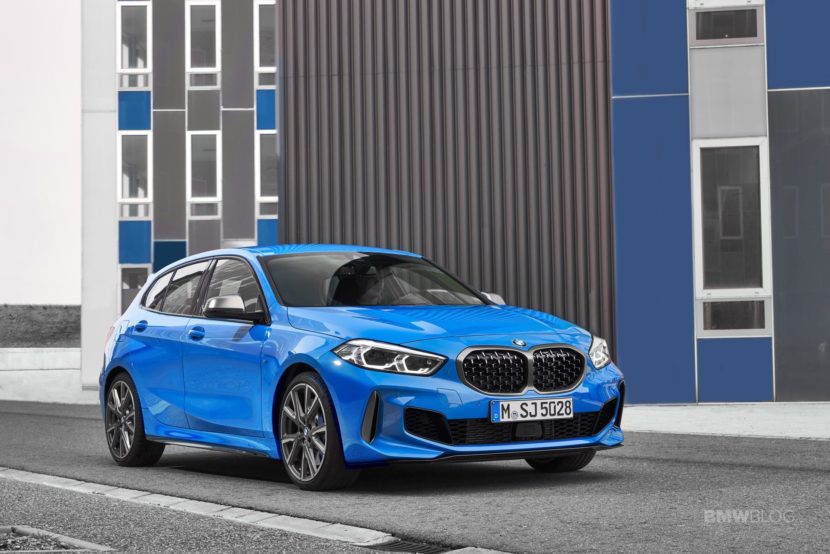 You also get a parking assistant in the new 1 Series as well as a reversing assistant, a function that does come in handy at times, I must admit. It’s also quite interesting how everything was showcased in as little as 2 minutes. The shipyard playground idea was really to my liking as was the slalom between boxes. But the car in the footage is an M Performance model and that means it has to drive rather well.

The new M135i xDrive is supposed to rewrite the way we perceive and think of front-wheel drive cars, at least when wearing the BMW logo on them. ARB and the new Torsen limited diff available on the M135i should help us get over the fact that the 1er is no longer RWD but we’ll have to wait and see how that turns out once we drive the car.