The most eye-catching electronic gear selectors BMW has designed 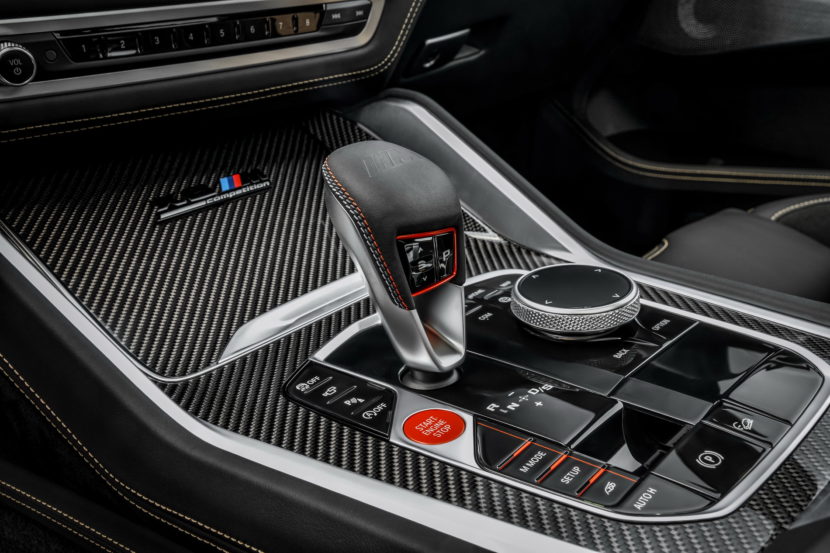 BMW has a passion for designing eye-catching gear shifters for its electronically-controlled gearbox systems. The styling saga began back in late 2006, when the constructor launched its back-then brand new X5 E70 with a new 6-speed automatic gearbox using a very stylish electronic gear selector.

This slightly curved, silver-colored gear stick has been a standard equipment on all E70 X5 versions, no matter if you were driving a 3.0d or a grumpy 4.8i model. Its entire shape was very futuristic and decisively forward-looking, it was a complete first in a bland, typical design world back then. BMW admitted that it was created as to deliver a strong impression, both visually and sensorially. 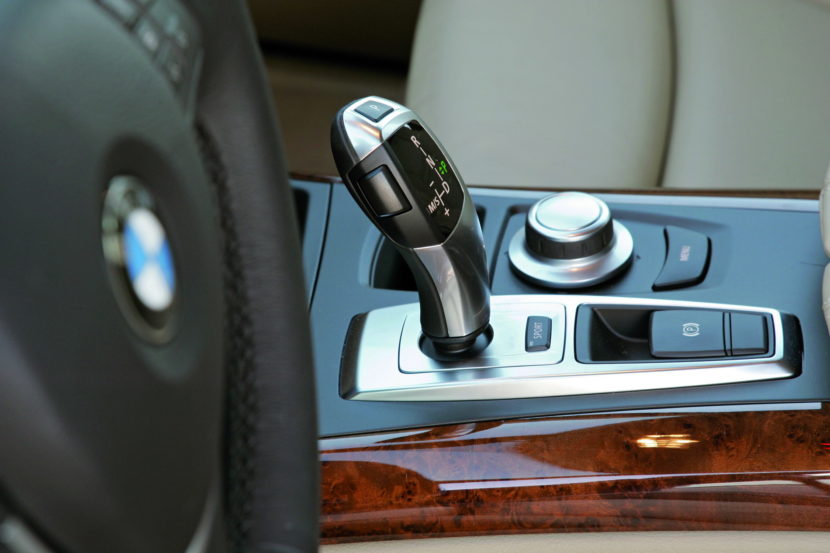 This first generation of electronic gear selectors mimicked the center console orientation towards the driver. Its frontal part was covered in polished and shiny, high-quality plastic material painted in a cold shade of silver and featured an on-top button for PARKING position and a black panel with LEDs indicating the selected mode of the automatic gearbox (R – N – D/S and +/- sequential).

The back part of the selector was covered in black leather. The contrast between the cold silver plastic and the more heat-absorbant black leather creates a sensorial experience that really is interesting. I can guarantee there is no gimmick in this, as I have tried-and-tested daily on my beloved E60 LCI 525xd I own. 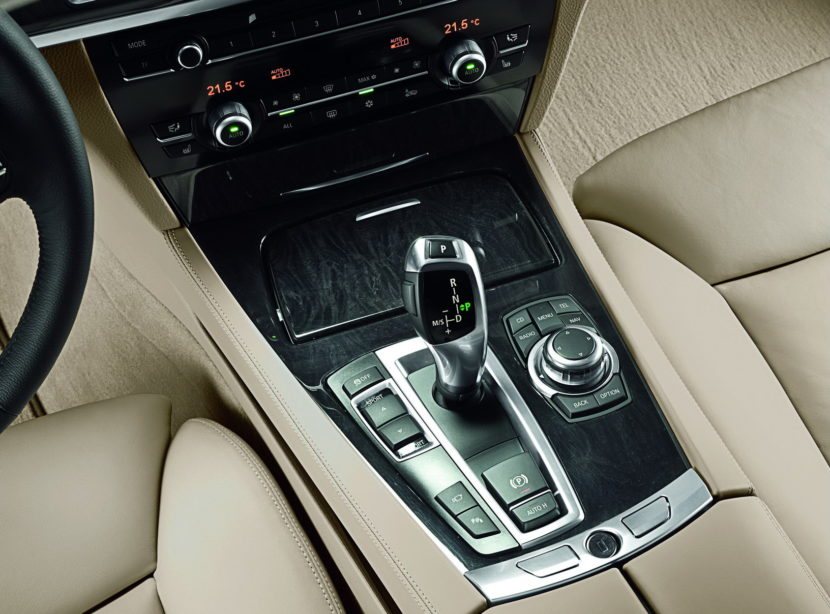 The first generation of electronic gear selectors was also transferred onto the E60/E61 LCI 5 Series beginning with 2007, and it was also introduced onto the F01/F02 7 Series starting 2008. With the advent of the E60/E61 LCI 5 Series model generation in 2007 and that of the E63/E64 LCI 6 Series, this first generation of electronic gear selector also marked the introduction of the styling declination for the sports automatic transmission. The gear lever had a different styling in this case and it embodied a more muscular and solid shape, as to draw further attention on its potential.

The sports automatic gearbox became a standard equipment on the forthcoming F06/F12/F13 6 Series generation and, instead of the silver color, it got a special plating made of ceramic, rendering it a very deep, classy and powerful look. The sports transmission selector was afterwards propagated onto the whole portfolio of models, including the preceding F30/F31/F34 3 Series, F32/F33/F36 4 Series, outgoing F07/F10/F11 5 Series, F25 X3, F26 X4, F15 X5 and F16 X6. 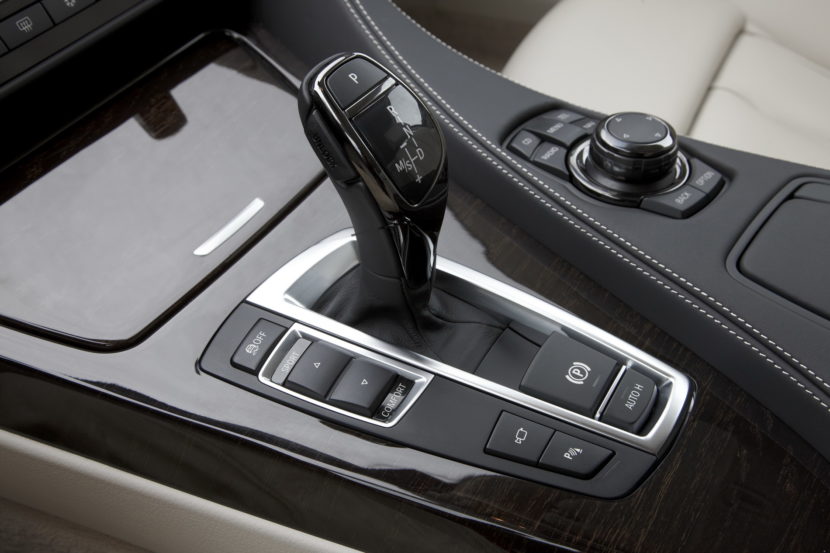 The first design evolution of the electronic gear sticker that debuted in 2006 came in 2015, with the arrival of the G11/G12 7 Series model generation. The styling has substantially changed for the second generation of electronic gear levers, but it retained the signature curvature and the orientation towards the driver. The shape of the gear lever was further substantiated thanks to the addition of a silver strip which ran across it and highlighted its overall shape. The overall appearance was further enhanced by the addition of a galvanized coating. The back side of the new gear shifter was also covered in leather. 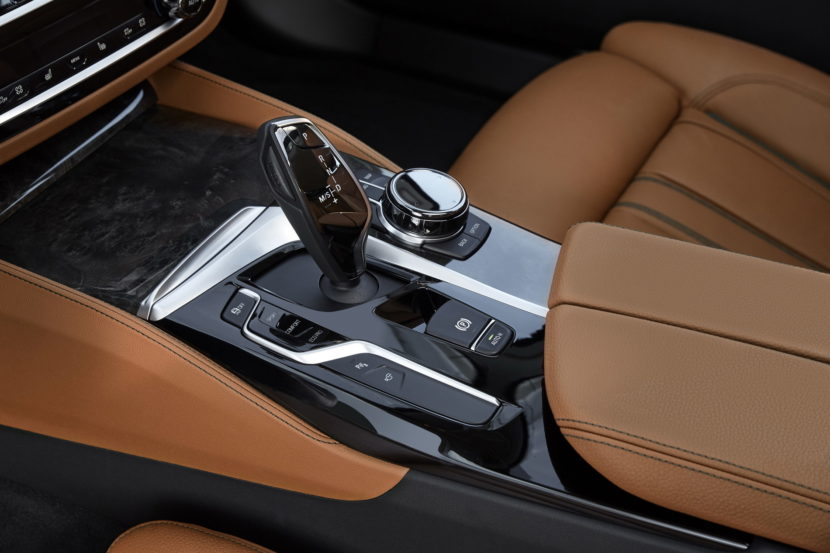 The current G30/G31 5 Series, G32 6 Series GT and G01/G02 X3/X4 model series also received the brand new electronic gear stickers upon their market introduction. The difference is that by now, the styling differentiation between the standard auto and the sports auto trannies was no longer possible, as both gearbox options were embedded onto the same selector design.

The third generation of BMW electronic gear selectors marked a revolution in terms of design. The new model of shifter was 100% inspired and transferred from BMW Concept 8 Series of 2017. It was introduced beginning with the G15 8 Series Coupe and it later spread onto the new models that followed: the G14/G16 8 Series Convertible/Gran Coupe, the G05 X5, the G07 X7, the G20/G21 3 Series Sedan and Touring and the G06 X6, as well as the new 1 Series (F40).

It premiered an all-new, more radical and rounded shape, with can be personalized in either high-gloss, shiny black plastic or a more upscale full-glass material thanks to the Crafted Clarity option (excluding THE 1 and THE 3), which also pampers the rotary iDrive controller and engine start button with reflecting, sharply and precisely-cut glass for an overwhelming premium visual effect. 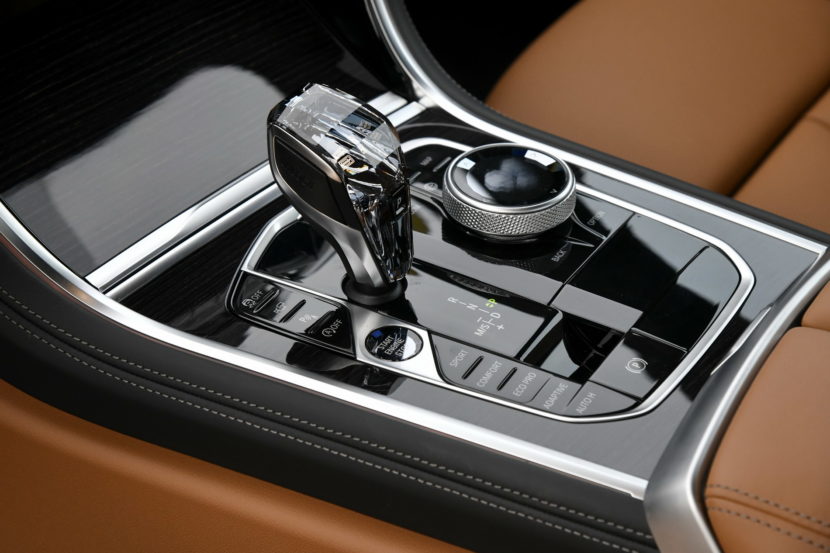 In regards to BMW M, the first electronic gear selectors date back to 2005, with the arrival of the E60M/E61M M5 model series. The styling is characterized by a smaller size dominated by a round gear lever head finished in silver plastic and with a black panel displaying information on the selected gear mode (R – N – D/S and sequential +/-).

This design stood the test of time and was consequently offered onto the following E63M/E64M/F06M/F12M/F13M M6 models, the X5 M and X6 M of both E70/E71 and F85/F86 generations as well as the M3 and M4 that were released afterwards. With some rather inherent and subtle changes, the M electronic selector lever survived in its first styling shape up to 2017, when a new design was introduced by the F90 M5 generation. 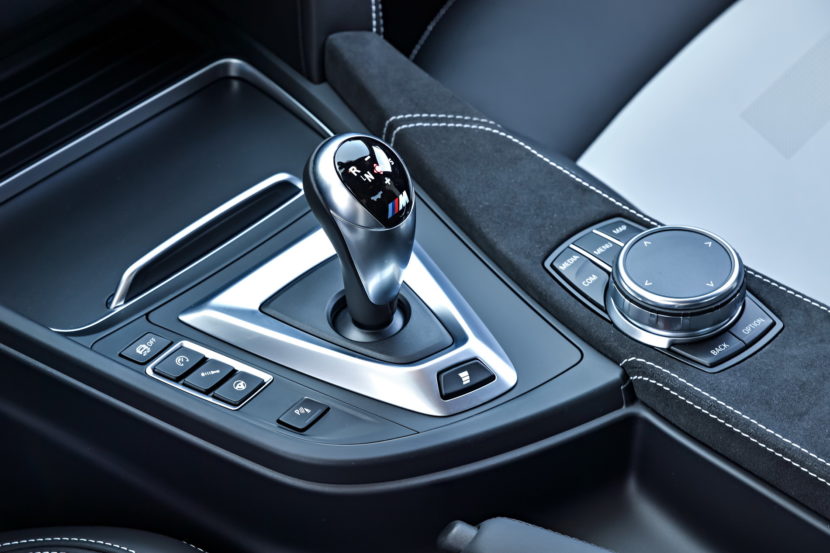 Offered also onto the new F97 X3 M and F98 X4 M models, the new M gear stick got better in all areas to further signal brand prominence. The styling has evolved into a new shape, with some red accents combining with overall silver/black material combination. It further signifies performance, muscularity and sportiness, values that are true to the BMW M brand. 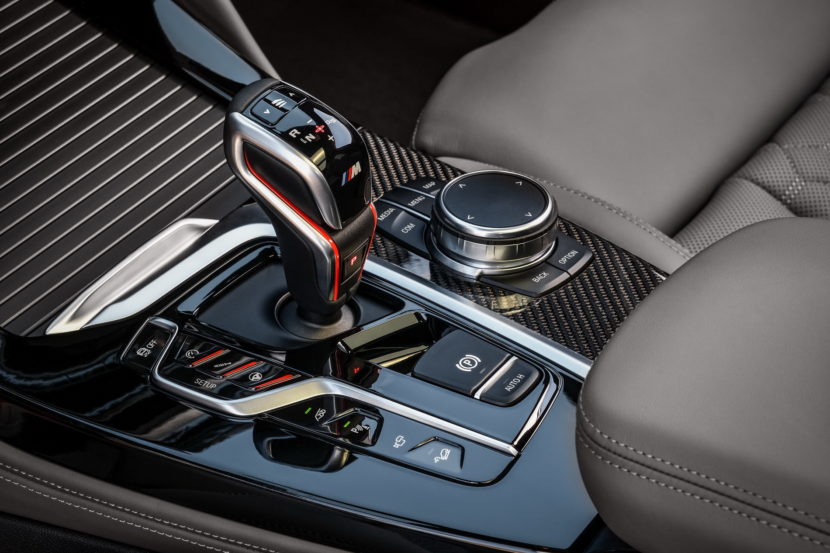 Given that BMW is currently producing models with a different interior architecture philosophy (namely 8 Series, X5/X6/X7 versus the G11/G12 LCI, 5 Series and X3/X4), BMW M also had adapt an all-new electronic gear selector for the all-new M8 family (F91/F92/F93), as well as for the X5 M/X6 M (F95/F96) that celebrated their premieres recently, during the course of 2019. The new M gear shifter marks a complete change of paradigm and definitive departure from the gear lever design on the M5 and X3 M/X4 M.

The styling is even more puristic and clean, sculpted into a shape that is more minimal, but at the same time exudes more passion and further underlines the BMW M potency. The head of the selector is now covered in high-quality black leather featuring an embossed M logo as well as contrasting stitching in the M color. The lower part is made up of metal, with the central part being left intentionally empty to emphasize the overall the structural, organic shape of the selector. 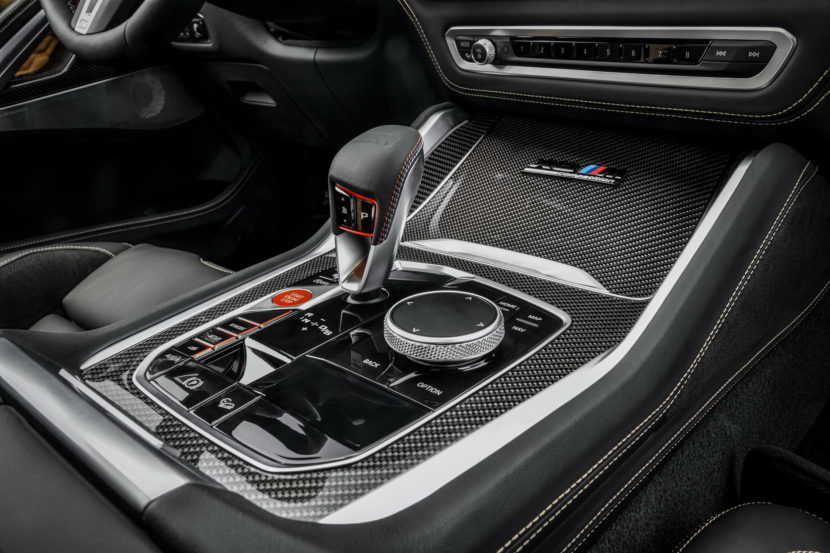 Design is a matter of subjectiveness, of being fully biased to support your own favorite. As shown in the previous paragraphs, BMW and BMW M both have a pretty rich history of design simply the best electronic gear selectors in the automotive industry. Artful and expressive, I find it really hard to choose between my E60 LCI gear selector or the new one with Crafted Clarity glass application. Or between attractive M5 stick with its red accents or the mind-blowing lever that debuted on the latest M8/X5 M/X6 M models.

In the end, which of the electronic gear selectors would you choose as your top pick?