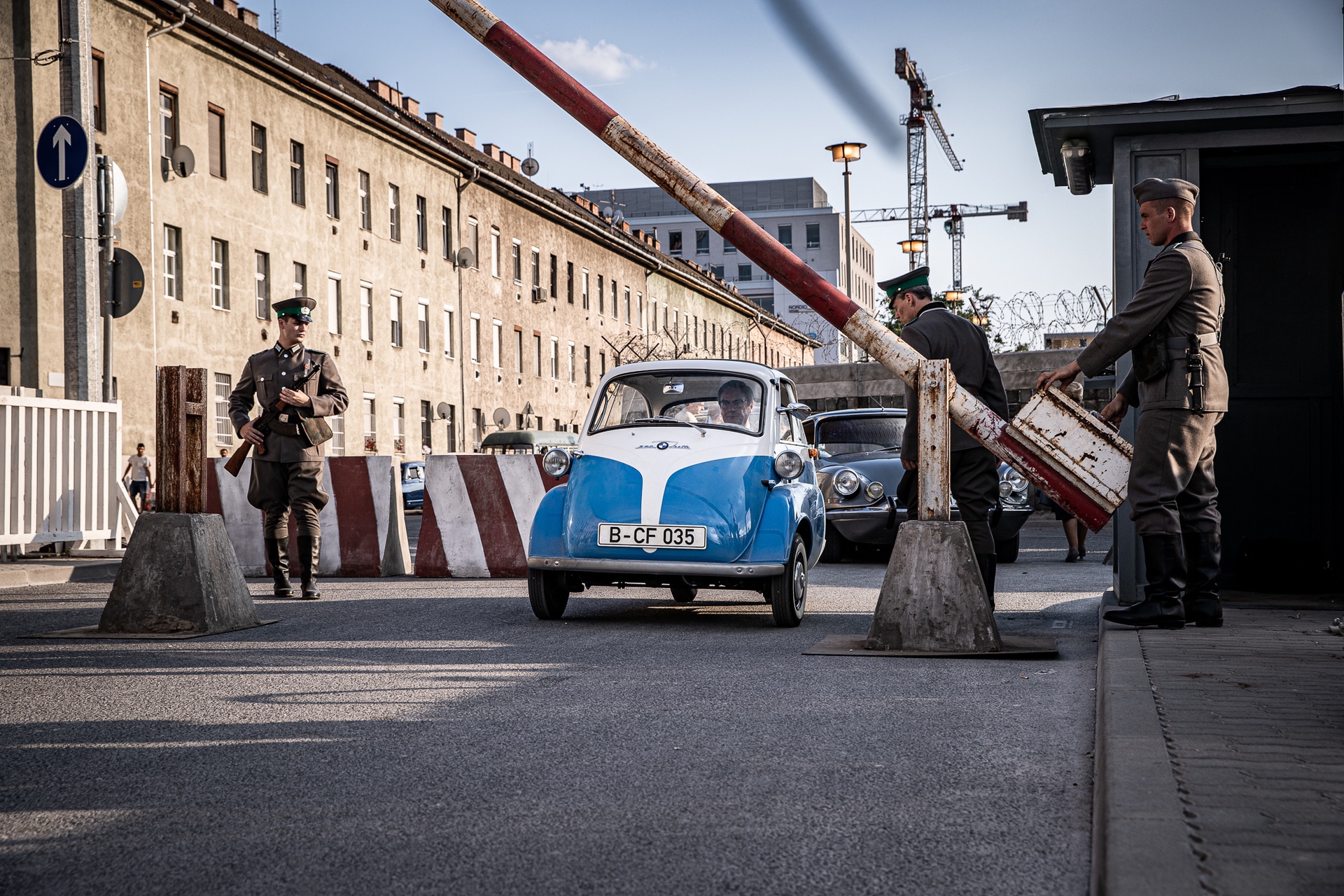 30 years after the fall of the Berlin wall, BMW recounts the story of the desire for freedom, ingenuity and engineering skill in the movie “The Small Escape.”  Thousands of exhibits in the Berlin Wall Museum on Friedrichstrasse, Berlin, commemorate the history of the once divided city, the tightly controlled border between East and West and the people who sought their way to freedom against all odds.

On the upper floor near the window, which overlooks Checkpoint Charlie, there is the smallest escape car ever used: a BMW Isetta. 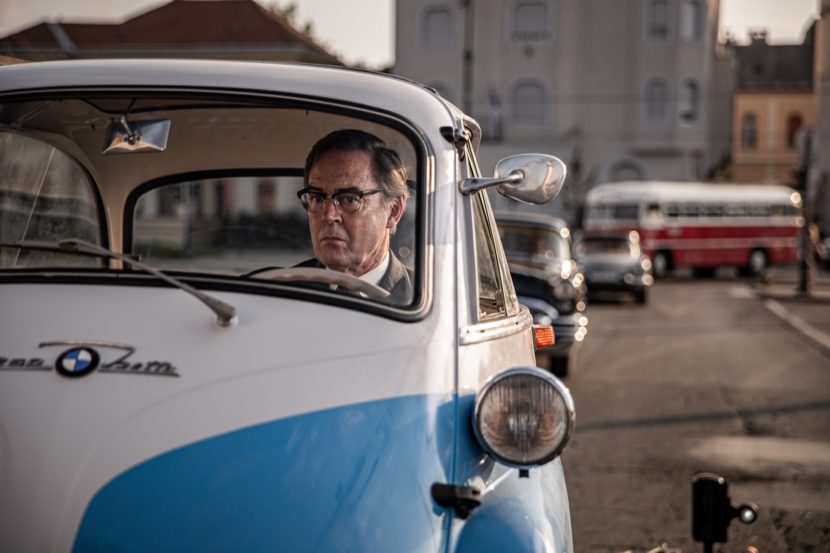 Klaus-Günter Jacobi (79) regularly accompanies visitors through the museum as a tourist guide. What only few people are aware of: Jacobi does not only know all about many escape attempts, but that it was his idea to hide a person inside the tiny bubble car and to cross the border with the unnoticed passenger.

This is how his best friend managed to escape from East to West Berlin. 30 years after the fall of the Berlin wall, BMW recounts the tale of Klaus-Günter Jacobi, his friend Manfred Koster and the mini-car, which helped nine people escape the GDR.

This story is the plot of the movie “The Small Escape”, which will premiere on 2 October 2019 as a TV spot, on Youtube and on other social media channels of the BMW Group. 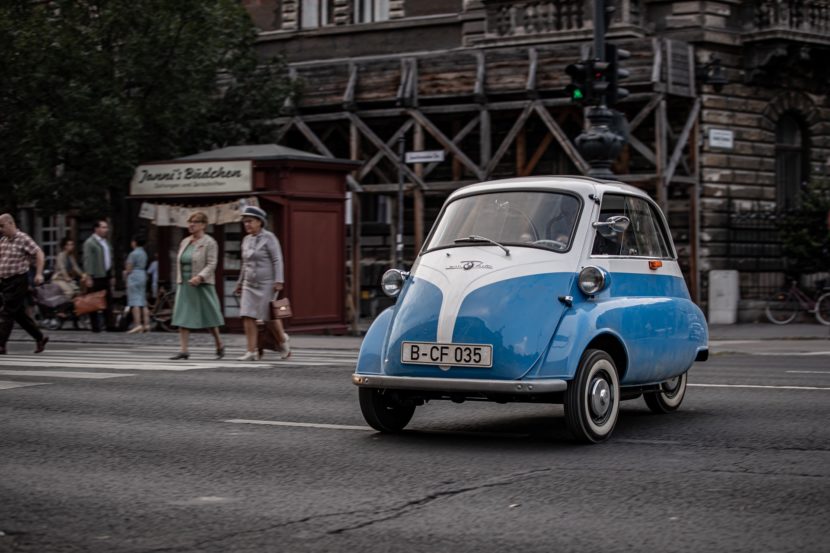 The cool short film has beautiful cinematography and takes the audience back to the year 1964. Jacobi’s family had already left the East of the city in 1958, three years before the construction of the Berlin wall. When his old friend Manfred Koster asked him to help him escape from the GDR, he came up with a bold plan.

His BMW Isetta was to serve as the escape car. The moto-coupé measuring only 2.30 meters in length and 1.40 meters in width would arouse little suspicion with the border soldiers, or so he hoped.

And even today it stills seems virtually impossible to hide a person inside a BMW Isetta.

The bubble car is already a very tight fit for two people on the seats directly behind the front door. The hiding place for his friend was built behind the seat bench directly next to the engine.

Car mechanic Jacobi carried out the conversion in his former training workshop in Berlin-Reinickendorf. He cut an opening into the trim behind the seat bench, shifted the shelf upwards and removed the spare wheel, heating and air filter. He also exchanged the 13-liter fuel tank for a 2-liter canister to make space for the hidden passenger. 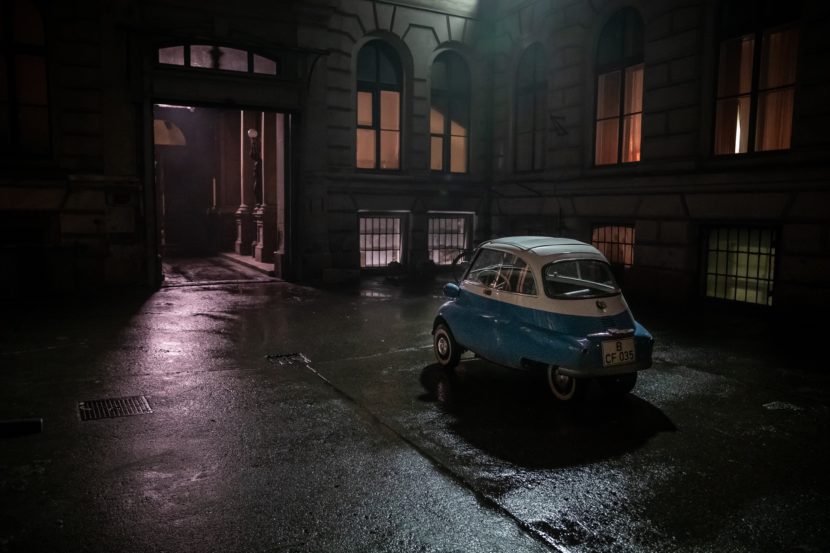 A checkpoint complete with wall and border strip was recreated resulting in an oppressive atmosphere which continues to grow throughout the course of the film to then culminate in a happy end.

“Since their invention, automobiles have brought freedom and self-determination to humankind. Cars bring people together. This is something one should always also keep in mind in the current debate. The movie emphasises this. The moving escape story with the BMW Isetta can also be seen as a symbol of the invaluable value cars and individual mobility can have. It’s all about freedom, independence and dreams. Our movie recognizes the drive and courage of the people who made this successful escape possible”, says Jens Thiemer, Head of BMW Brand Management.

On 23 May 1964, shortly before the border crossing closed on midnight, the BMW Isetta converted by Klaus-Günter Jacobi, rolled underneath the opened barrier. Shortly after crossing, he freed his friend Manfred from his hiding place behind the seat bench and took him in his arms delirious with joy. This was the only time Jacobi’s BMW Isetta was used as an escape car, but his achievement was to inspire imitators.

Eight further GDR citizens managed to escape to the West over the following years in a similarly converted BMW Isetta.

The movie „The Small Escape“ can be watched on the BMW Group Youtube and other channels. The detailed story of Klaus-Günter Jacob, his BMW Isetta and the spectacular escape of his friend across the internal German border is told on www.bmw.com.