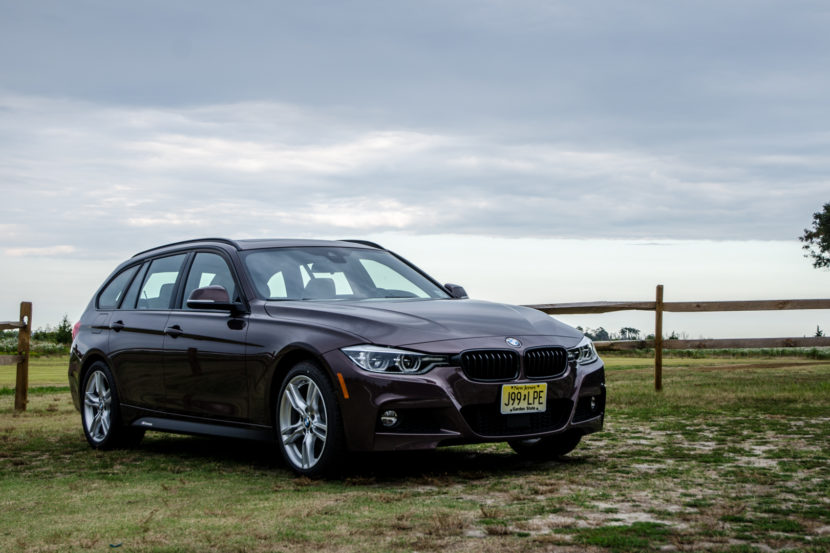 As of this year, we’re firmly into the G20-generation of BMW 3 Series. This is its time now; the F30-generation it’s replacing is gone and with it is the very last 3 Series wagon to be sold in the United States. The all-new G21 3 Series Touring (wagon) won’t be making it ‘Stateside, which makes the old F31 BMW 330i xDrive Sports Wagon the very last long-roof 3er to cross the Atlantic. And I had the chance to test one of the very last ones ever made.

Over the past few years, I’ve gotten to know the F30-generation 3 Series quite well. Be it the F30 3 Series sedan, the F31 3 Series wagon or even the F32 4 Series Coupe; I’ve tested them all several times. The car that I tested more than the rest, though, was actually the F31 wagon. Not out of want or request but because it was simply available to me more often than the others. And I’m never going to turn down the chance to drive any 3 Series wagon. So when BMW recently approached me to test out a BMW 330i Sports Wagon, which just so happened to be number six of the last twelve F31 wagons ever made, I jumped at the chance. 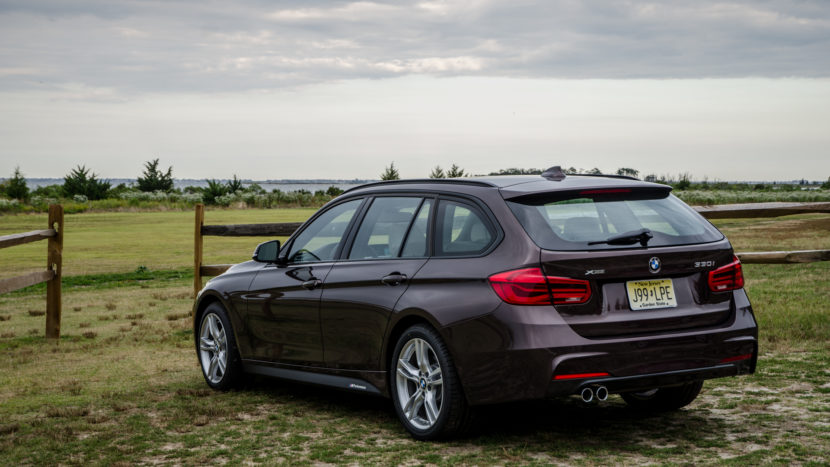 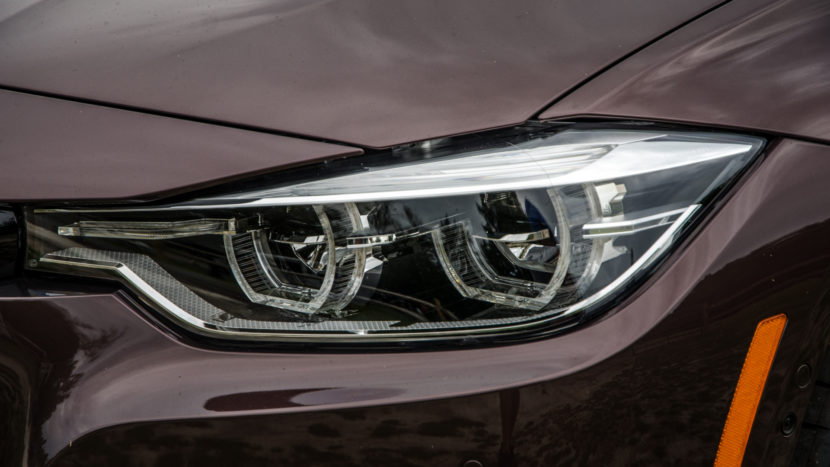 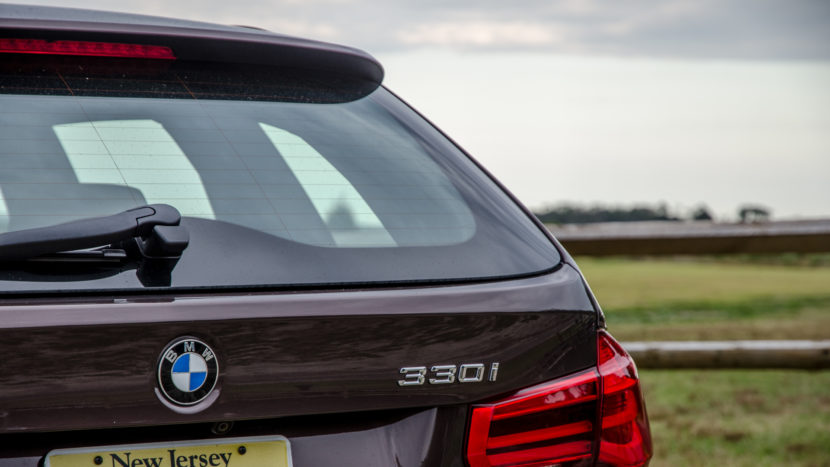 To be perfectly honest, I never really loved the F31. I always liked it — it was a good car that was enjoyable to drive, comfortable and practical — but it was never a car that really ignited my enthusiast-flame. I would never turn it down, simply because I really enjoy all 3 Series wagons, but it was never a car that really stuck with me. However, I jumped at the chance to drive this specific car for two reasons: it’s one of the very last ones ever made, so I wanted to say goodbye to an underappreciated car here in the ‘States, and because of its spec.

To give the BMW 330i Sports Wagon a proper send-off, the press fleet manager at BMW North America went a bit wild with the spec for my specific tester and it was a project that seemed close to his heart. So he gave it about as much cool stuff as possible, given budgets and whatnot. Which is why it has a fantastic Smoke Topaz paint job, M Performance decals, an M Sport package and even black Kidney Grilles. Snazzy stuff.

Despite being a wagon, which is almost a crime in America, several bystanders admired the car during my time with it. That’s likely spec-related, if I’m honest, because I’ve tested a few 3er wagons over the years and never has one received even a second glance. That interesting paint job, black decals and sporty wheels make for funky looking wagon that’s as cool as it is rare. 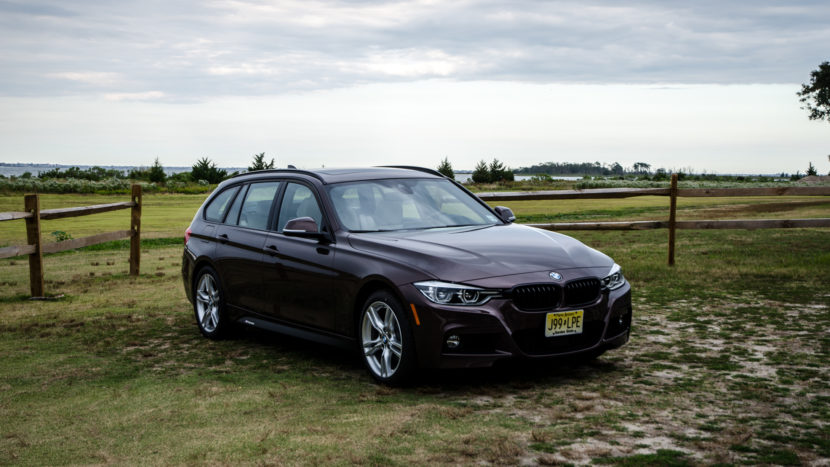 Actually driving it wasn’t as enjoyable as looking at it, though. Again, the F31 isn’t a bad car to drive but its flaws are highlighted after driving its replacement, the new G20. Literally seconds before I fired up the 2.0 liter turbocharged four-cylinder of the BMW 330i Sports Wagon, I had just dropped off a G20 BMW M340i to BMW. So as I left the new car, I entered the old car and the differences were shocking.

The first thing I noticed was actually the comfort of the seats, oddly enough. While the new G20’s seats are supportive when driving quickly, they’re a bit hard. The F31’s chairs, on the other hand, are remarkably comfortable by comparison. That’s about where the advantages of the F31 stop, though.

My BMW 330i Sports Wagon had an M Sport package, sporty wheels, aggressive tires and adaptive dampers. So it had some sporty kit. Unfortunately, it never felt as sporty as it looked. Its steering felt far to light and a bit gluey. Not only was there zero hint of any actual meaningful communication through the steering wheel but its responses were sluggish and often inaccurate. 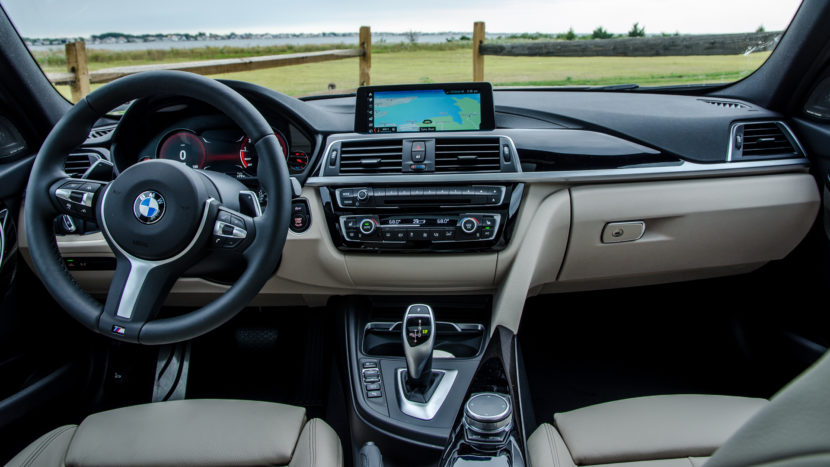 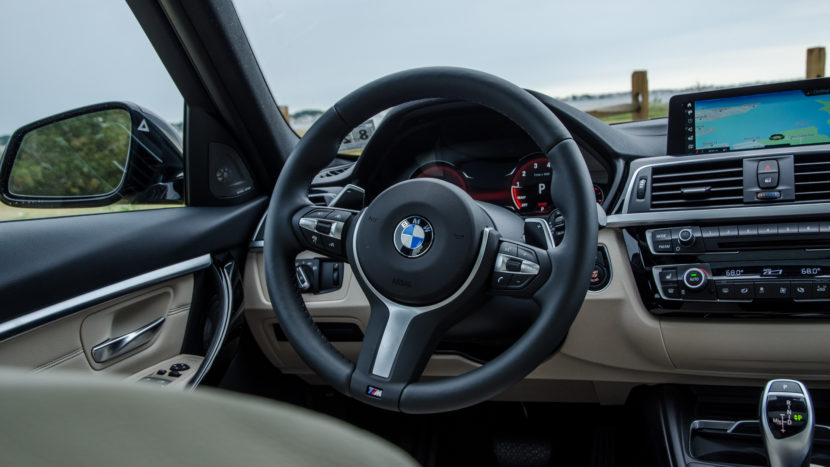 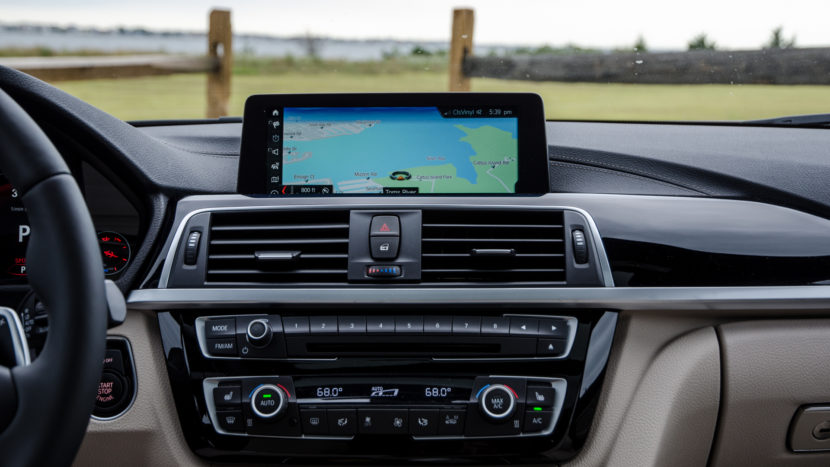 The old-generation of variable steering also reared its ugly head more often than I’d have liked, reminding me of how annoying and unpredictable it was. The new G20 3 Series has variable steering as well but it’s far more predictable and responsive. Whereas the F31’s setup seemed like it would change steering ratio and weight at different times and it just never felt like I could trust it. That and it would understeer far more than the new G20, even with xDrive equipped to both cars.

Still, I enjoyed my time with the car. Mostly because of what it was, rather than how it was, but it was enjoyment nevertheless. Certain things about the BMW 330i Sports Wagon will be deeply missed. Obviously the wagon-style trunk and tailgate, which made my life with a toddler much easier than a sedan can. But other little things, like the ability to keep my dog in the trunk and free up back seat space but still be able to see him. Or the ability to open just the rear glass rather than the entire tailgate for loading a small item or two. These features exist on the new G21 BMW 3 Series Touring as well, which is why we’re so upset that America won’t be getting it. 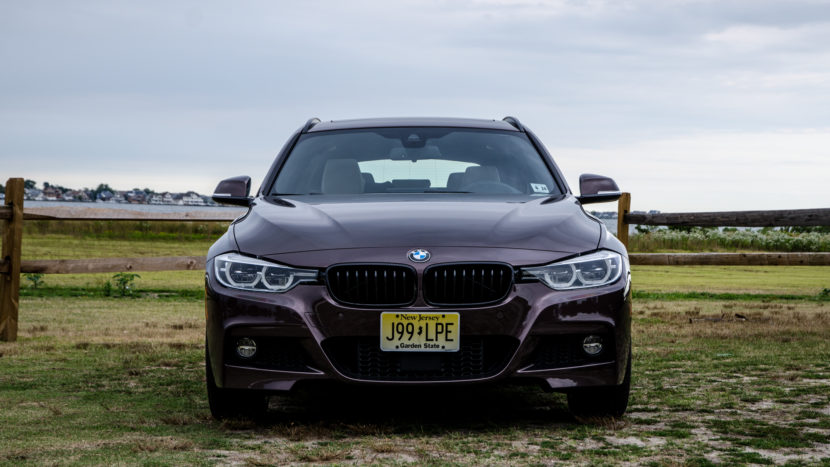 The F31 BMW 3 Series Sports Wagon was, and still is, a misunderstood car in America. Us ‘Mericans don’t like wagons for some idiotic reason and because of that a perfectly good car was completely overlooked and now the rest of us that do like wagons will have to miss out in the future. So this is goodbye to the BMW 3 Series wagon in America. I’m glad I had the chance to spend some time with it before it finally went off to Valhalla and I’m glad my BMW 330i Sports Wagon test car was as oddly equipped as it was. It was a proper send off for an underrated, underappreciated car.

The F31 BMW 3 Series Sports Wagon was, and still is, a misunderstood car in America. Us 'Mericans don't like wagons for some idiotic reason and because of that a perfectly good car was completely overlooked and now the rest of us that do like wagons will have to miss out in the future. So this is goodbye to the BMW 3 Series wagon in America.