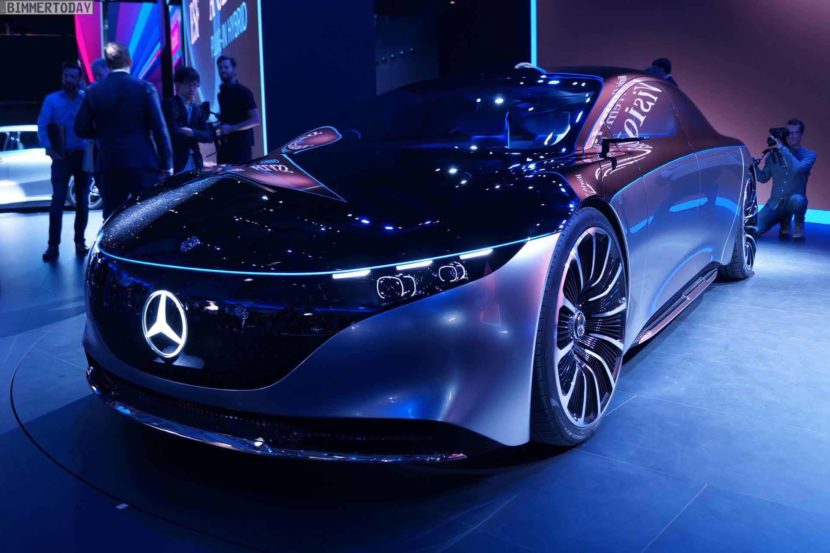 The 2019 Frankfurt Auto Show kicked off this week and focuses mainly on electro-mobility and future means of transportation. As you’d expect, the German automakers are at the forefront of these changes, and Mercedes-Benz made no exception. The Stuttgart-based automaker introduced to the world the Mercedes EQS Vision, a modern and futuristic interpretation of the future S-Class limousine. But Mercedes says that it won’t immediately replace the S-Class, but rather be sold alongside for a couple of years. 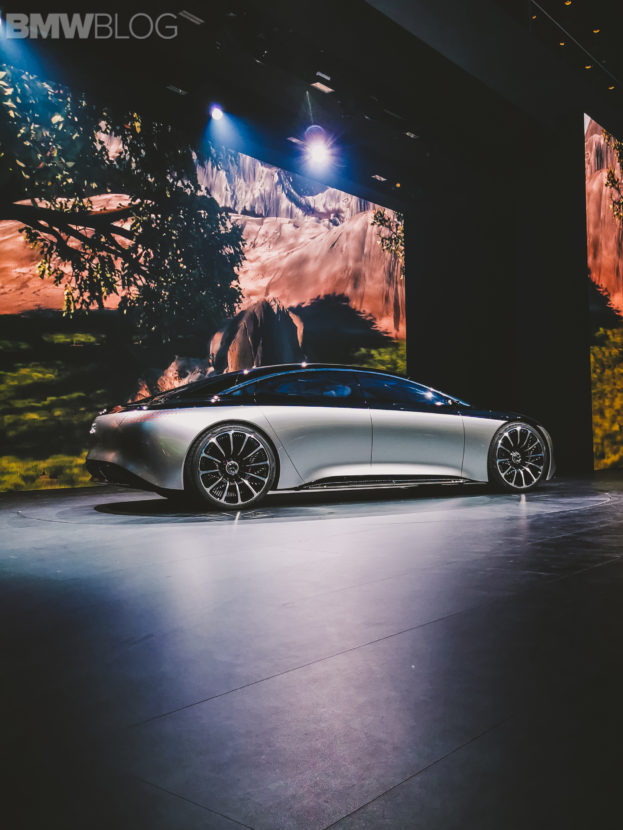 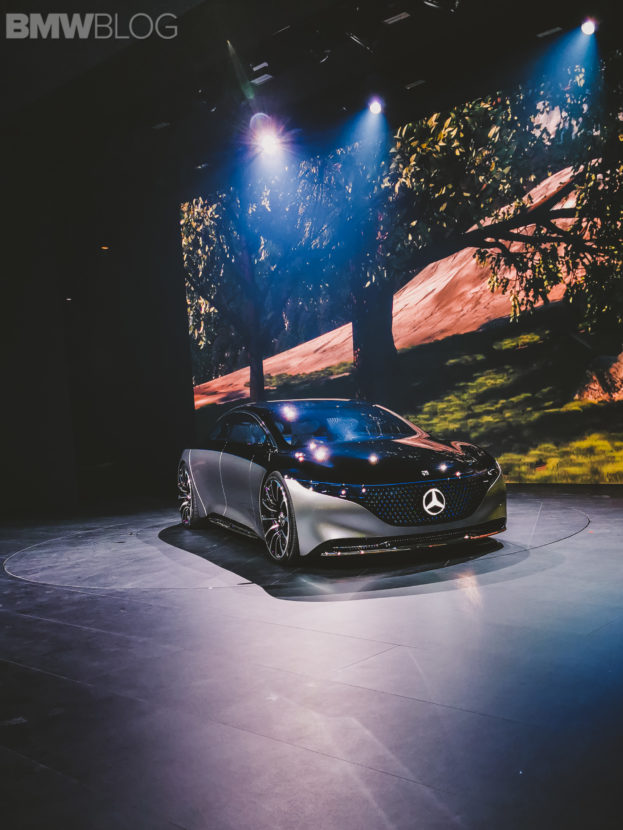 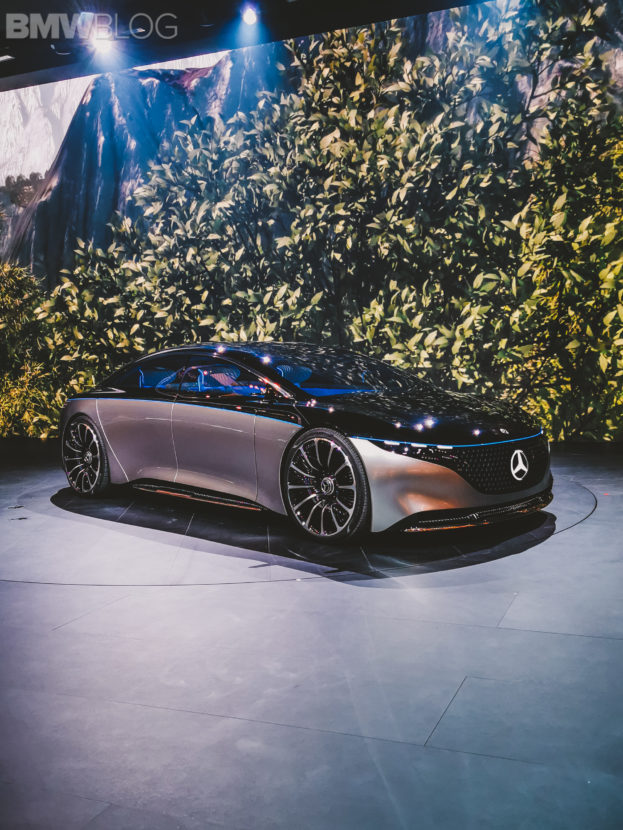 The production variant of the Mercedes Vision EQS will slot at the top of the EQ sub-brand that Mercedes created to group its electric models under. More importantly it marks the first use of a new EV platform that the brand will roll out to production models in the near future.

The Mercedes EQS Vision Car has two electric motors, which together provide for a system output of over 350 kW (476 hp) and torque of 760 Newton meters. Because each electric motor is placed on the front and rear axle, the Mercedes Vision EQS comes with four-wheel drive and correspondingly good traction. For the sprint from 0 to 100 km/h, Mercedes promises a time of less than 4.5 seconds. The maximum speed is to be limited electronically to more than 200 km/h.

Even more important than the performance of an electric car are the cornerstones of the battery. The range should be, according to WLTP, at up to 700 kilometers. The lithium-ion battery supplied by the Daimler subsidiary Accumotive has a capacity of over 100 kWh and should be able to be charged with up to 350 kW, which theoretically means charging times of 20 minutes up to the 80 percent mark. 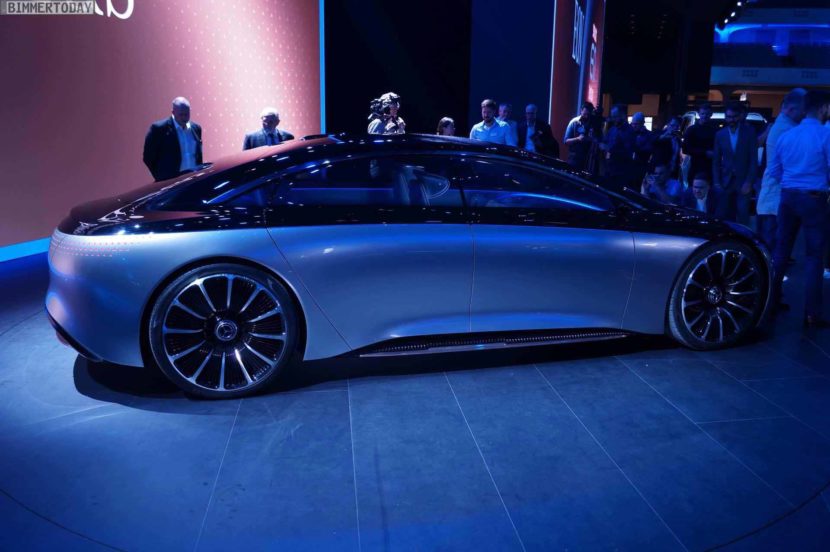 For the body of the Mercedes Vision EQS, Daimler is also opting for a material mix of steel, aluminum, carbon and sustainable materials. A circumferential light band with integrated holography headlamp modules, a digital front grille with a light matrix of 188 individual LEDs and a 229 single star Mercedes star at the rear indicate that Mercedes lighting technology will be an even more important differentiating element in the future.

As part of Mercedes’ plan to unveil 130 electrified cars by 2030, the Mercedes ac EQS flagship will be the biggest and most expensive of 10 full-electric models coming by 2025. 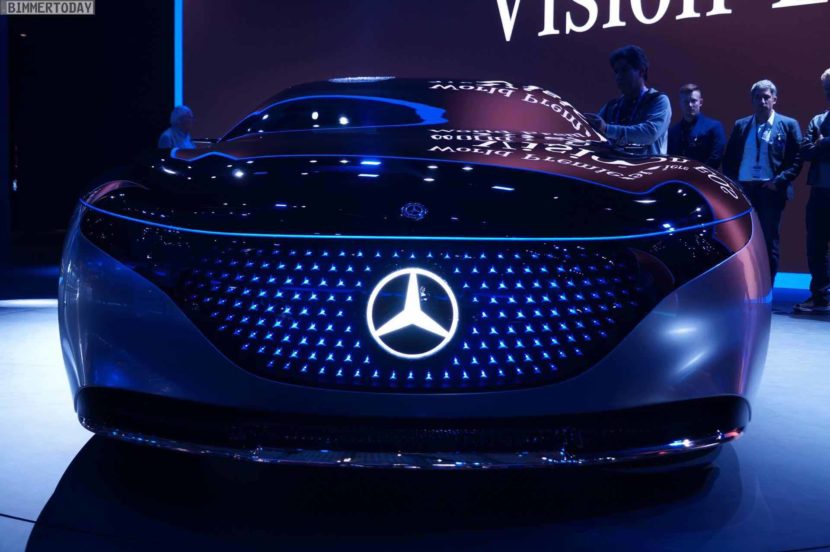 On the BMW side, the Munich-based engineers are already deep into the new 7 Series project which will debut by 2023 and will also feature a series of electrified vehicles, from plug-in hybrids to a full 7 Series EV (more on that soon).