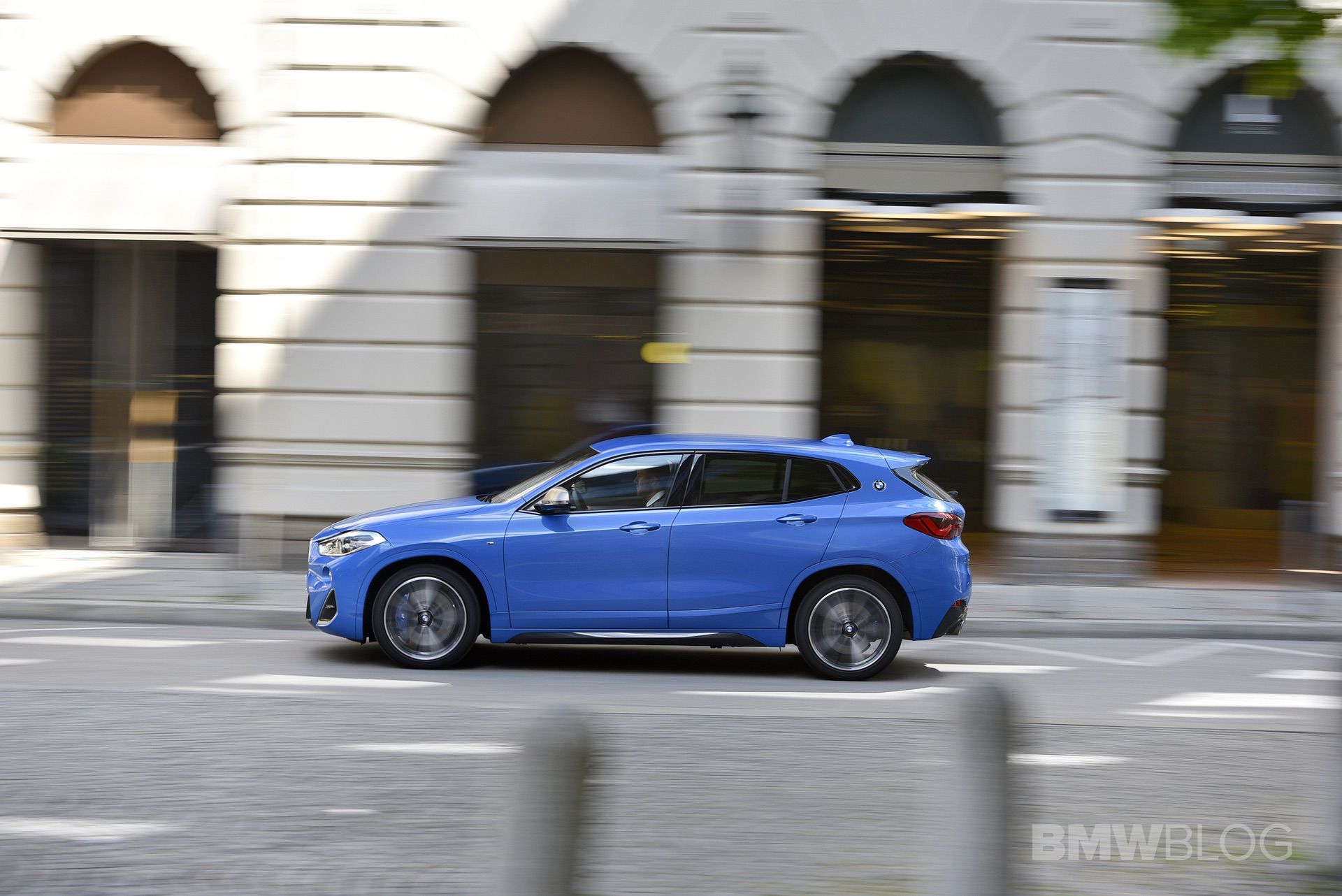 The BMW X2 is an odd car. It’s funky looking, mostly pointless and not very practical. But it’s also surprisingly good to drive and can be fun on a back road for a crossover. So it doesn’t make a ton of sense but it’s actually not a bad car. However, we actually think that an upcoming model might make the most sense of the entire X2 lineup — the BMW X2 xDrive25e. It will be a plug-in hybrid version of the X2 and it’s just been caught testing on the road without any camouflage. (We don’t own the spy photos but they can be seen here)

Seen in these spy photos, this Misano Blue BMW X2 is clearly a plug-in hybrid, as it sports a charging port on its driver’s side front fender. And the “Hybrid Test Vehicle” sticker on the front doors…

While there’s no official info on this upcoming X2 hybrid, and the badging has been taped over in these spy photos, we’re confident in the fact that it will have the same powertrain as the BMW X1 xDrive25e. So expect this car to have a 2.0 liter turbocharged four-cylinder engine mated to an electric motor and eight-speed automatic. 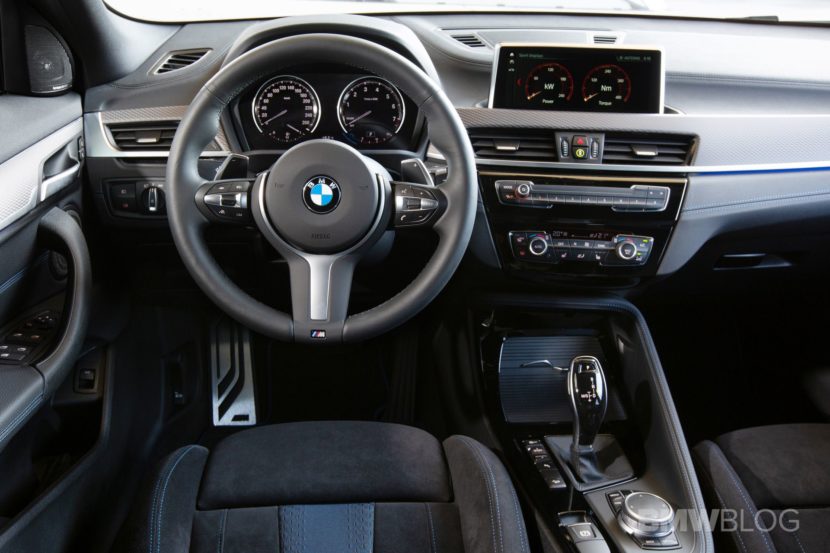 Of all the BMW X2 models, the xDrive25e actually makes the most sense, to be honest. Despite being surprisingly fun to drive, the X2 is never going to be a proper driver’s car. Instead, it’s a mildly sport, stylish little crossover for urban city life. So giving it a hybrid powertrain and some pure electric range actually makes a lot of sense. It offers hip young people a car that’s both funky and efficient, with decent practicality in an easy-to-drive, easy-to-park package.

So as an urban city car, the BMW X2 xDrive25e actually makes a lot of sense. Sure, a BMW i3 is still a bit better for densely populated cities, as its entirely electric and even more fun to drive, but for someone that drives both in a city and far out of it, the X2 xDrive25e can be the best of both worlds.