Four BMW M4 DTM cars in the points at the Lausitzring 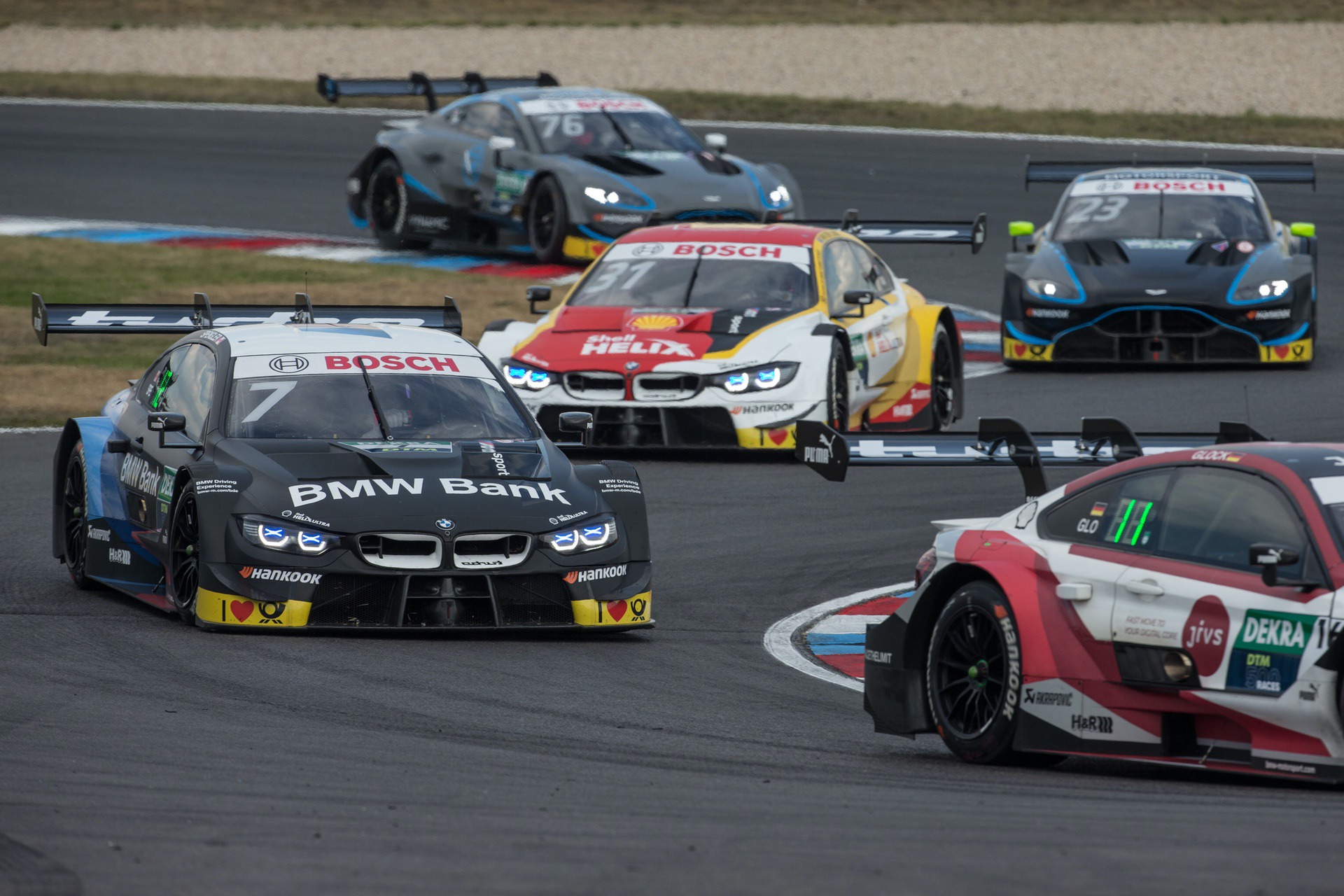 The best-placed BMW driver in race 13 of the DTM season at the Lausitzring (GER) was Marco Wittmann (GER, Schaeffler BMW M4 DTM) in fourth place. Despite narrowly missing out on a place on the podium, he did make up ground in the Drivers’ Championship, as championship leader René Rast (GER, Audi) failed to finish. The 12 points scored for fourth place also took Wittmann past the 1,000-point mark for his DTM career. He now has 1,006 points to his name. Wittmann was joined in the points positions by Philipp Eng (AUT, ZF BMW M4 DTM) in fifth, Joel Eriksson (SWE, CATL BMW M4 DTM) in eighth, and Bruno Spengler (CAN, BMW Bank M4 DTM) in ninth. 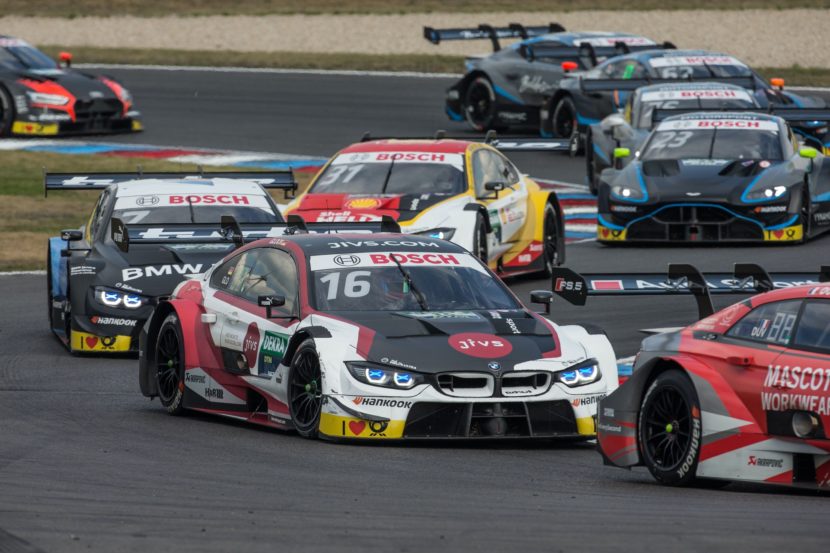 Timo Glock (GER) failed to finish, due to a technical issue on the JiVS BMW M4 DTM. Sheldon van der Linde (RSA) came home 16th, after a faulty door had to be replaced on the Shell BMW M4 DTM. The DTM will hold its 500th race on Sunday.

Rudolf Dittrich (General Manager BMW Motorsport Vehicle Development):
“After a good qualifying and a superb start, Marco Wittmann took an impressive fourth place and made up ground in the Drivers’ Championship. Philipp Eng, Joel Eriksson and Bruno Spengler also had good races, with a few spectacular battles, and made it into the top ten. It is a shame that Timo Glock had to retire with a technical issue, which meant he missed out on a possible points finish. In the case of Sheldon van der Linde, a faulty door had to be replaced. Thank you to the big crowds here at the Lausitzring, who created a great atmosphere. Congratulations to Nico Müller on the win – and, of course, to Bruno Spengler on his 36th birthday this weekend.” 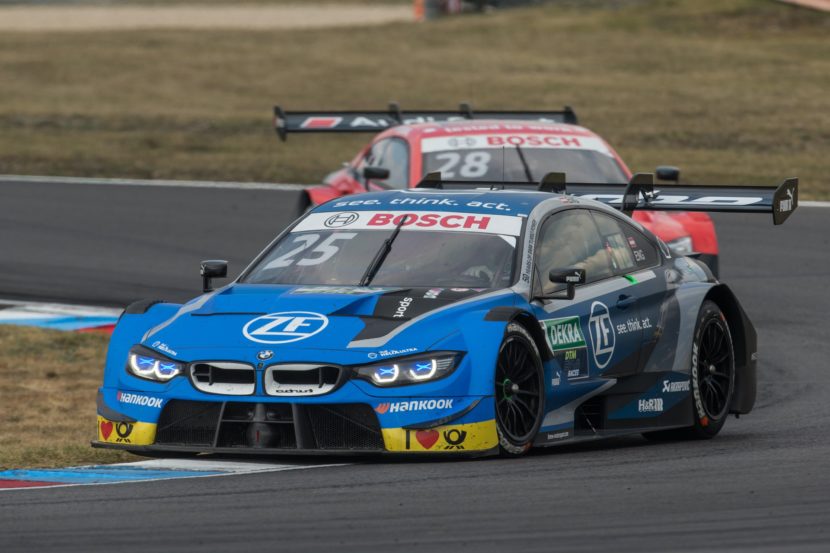 Stefan Reinhold (BMW Team RMG Team Principal):
“It was a difficult qualifying today. We were able to improve on our grid positions a little bit. We then tried to make optimal use of the tyres. However, there was simply nothing more we could have done today. The whole team did a great job. We are now focussing on tomorrow.”

Marco Wittmann (#11 Schaeffler BMW M4 DTM, BMW Team RMG, Grid: 5th, Race: 4th, Drivers’ standings: 3rd, 159 points):
“The result is a little disappointing. We are really trying to get everything out of the package, but, unfortunately, it is simply not enough at the moment. Sure, we cut the gap at the top a little, thanks to René Rast’s retirement. However, to really be in contention in the title race we have to finish ahead of our rivals.” 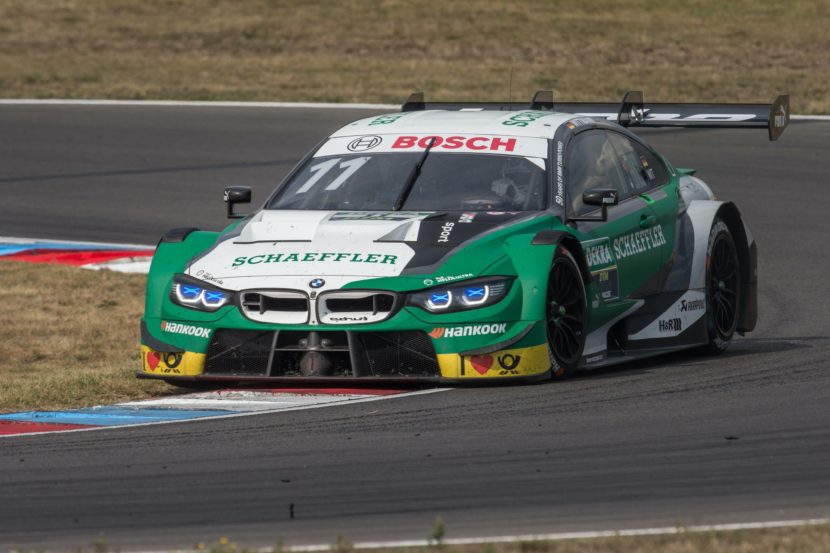 Bruno Spengler (#7 BMW Bank M4 DTM, BMW Team RMG, Grid: 12th, Race: 9th, Drivers’ standings: 8th, 79 points):
“We at least managed to climb into the points from 12th place. We tried to just use one set of tyres in qualifying. That paid dividends in the race. We must now make sure we are a shade faster tomorrow and pick up a few more points. Ninth place is okay, but obviously not entirely satisfactory.”

Timo Glock (#16 BMW M4 DTM, BMW Team RMR, Grid: 9th, Race: DNF, Drivers’ standings: 13th, 33 points):
“That was a bit of a shame today. I had very good pace but was stuck behind Joel Eriksson and could not get past him. Unfortunately, we also lost a little bit of time during the pit stop. When I returned to the track I suddenly had no drive. Then it was all over.”

Bart Mampaey (BMW Team RBM Team Principal):
“After qualifying and the practice sessions, we took a step in the right direction. I think we did a good job of that with Philipp Eng and Joel Eriksson. In Philipp’s case, we lost a little bit of time at the pit stop. However, we coped well with that and Philipp was then able to overtake Pietro Fittipaldi out on the track, which earned us fifth place. We are very happy with that. Joel also made up some places. We were unlucky with Sheldon van der Linde. We must now find out exactly what happened to his car.”

Philipp Eng (#25 ZF BMW M4 DTM, BMW Team RMR, Grid: 8th, Race: 5th, Drivers’ standings: 4th, 139 points):
“I would obviously have liked to have scored more points, but I think Audi was simply faster today. Marco Wittmann and I seem to have got the most out of today. On the whole, however, the car feels superb.”

Joel Eriksson (#47 CATL BMW M4 DTM, BMW Team RBM, Grid: 10th, Race: 8th, Drivers’ standings: 10th, 47 points):
“The result is not so bad. In the end, we should be happy with the points after starting the race in tenth place. For me, the fact that we had a clean race without any technical issues is a big positive. The start was actually pretty good, but I was pushed into the wall. Despite that, I still managed to gain a few positions. Although I tried to use DRS cleverly, I unfortunately lost out to Pietro Fittipaldi.”

Sheldon van der Linde (#31 Shell BMW M4 DTM, BMW Team RBM, Grid: 14th, Race: 16th, Drivers’ standings: 12th, 36 points):
“Qualifying was not good today. However, we bounced back quickly and stopped late. It was going well on fresh tyres, but then the door opened and we had to stop to change it. It was just unfortunate and I hope luck will be back on our side soon.”