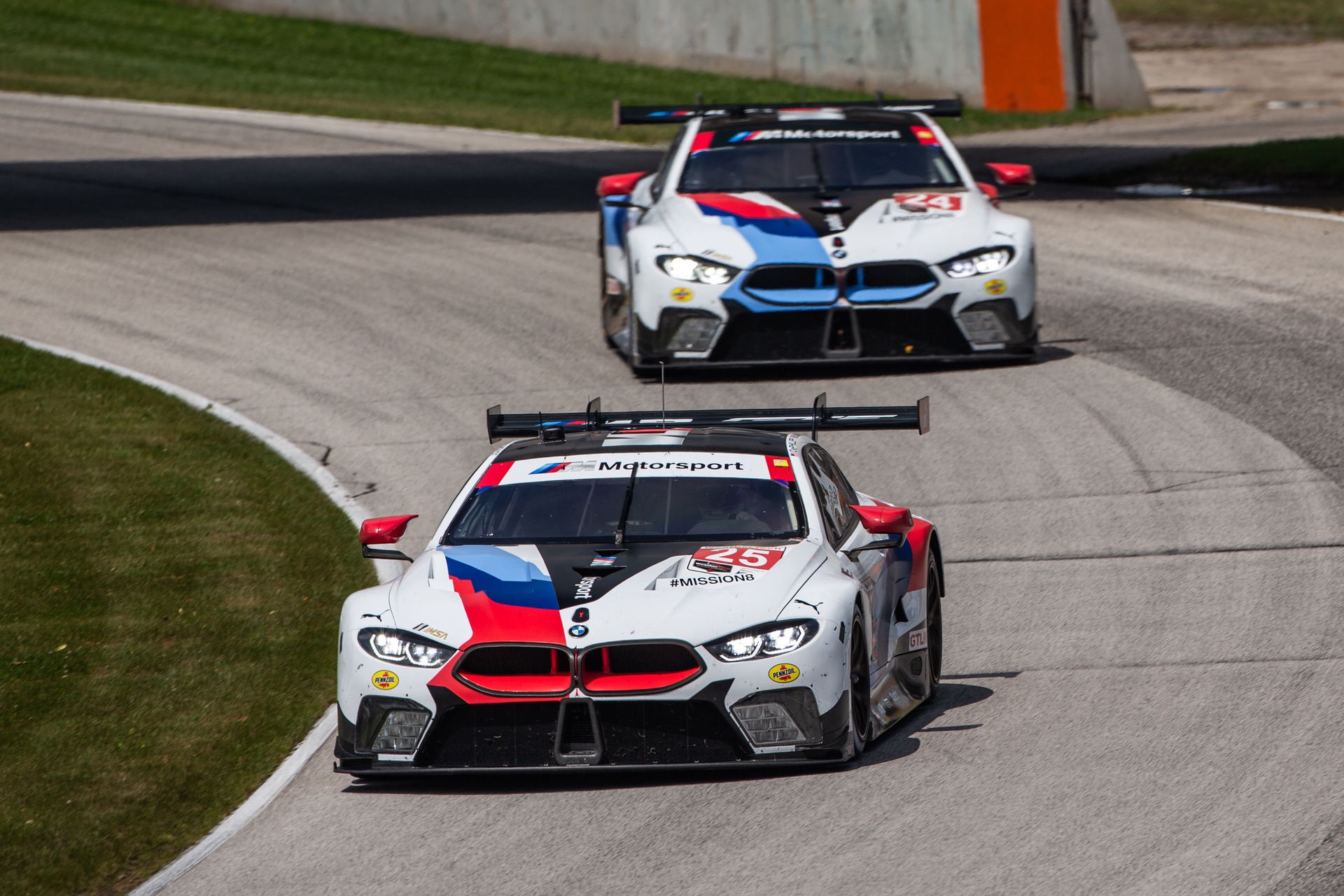 BMW Team RLL salvaged a top-five finish in today’s IMSA WeatherTech Championship Road Race Showcase, at Road America, in Elkhart Lake, Wis., with the No. 25 BMW M8 GTE of Tom Blomqvist and Connor De Phillippi, after a very difficult day. After leading a handful of laps, John Edwards and Jesse Krohn finished eighth in the No. 24 BMW M8 GTE following brake failure mid-race. The car completed the two-hour-and-forty-minute race, but after repairs cost four laps, a deserving result was impossible. 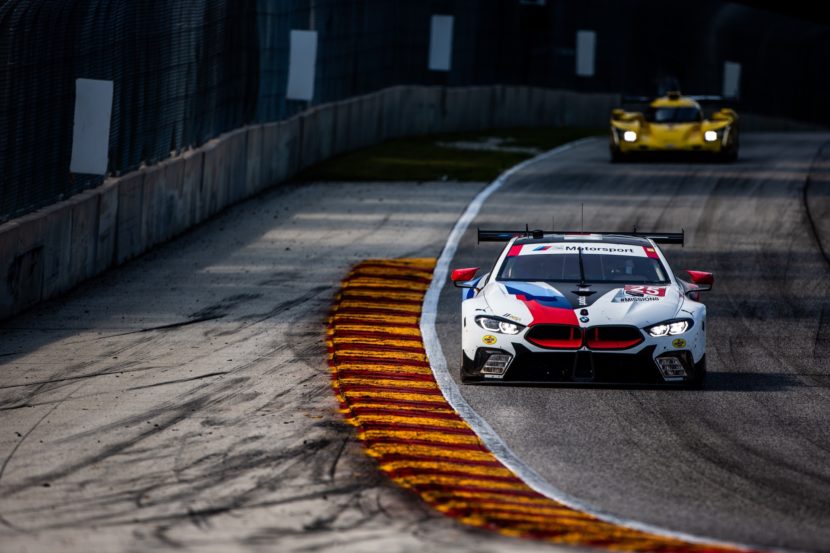 Starting from the rear of the GTLM field, after failing post-qualifying technical inspections, BMW Team RLL knew today would be an uphill battle. Both BMW M8’s were called to the pits from their fifth and sixth place positions on lap 18 just before forty minutes were completed with Blomqvist staying in the No. 25 M8 and Edwards replacing Krohn in the No. 24 machine. Blomqvist returned to the race in the fifth spot. Edwards circulated in seventh. As the race passed the one hour mark and the balance of the GTLM teams made their first pit stops, Blomqvist moved into second with Edwards two positions behind in fourth. Lap 30 saw Blomqvist back in the pits for an unscheduled stop as the team anticipated a possible caution period. The crew reacted quickly to top up the No. 25 M8 GTE with fuel and install new Michelin tires. Edwards continued to drive a strong stint and took over the lead of the race on lap 35. 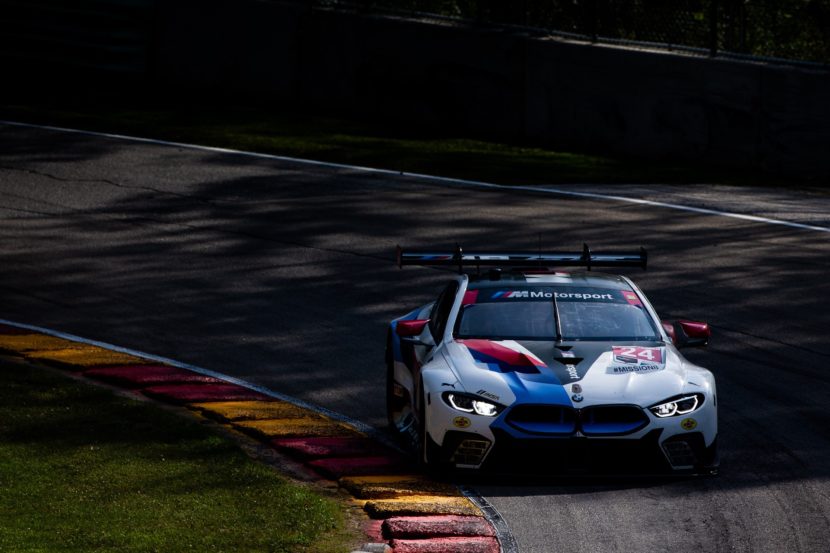 The midpoint of the race saw Edwards and the No. 24 M8 leading with the No. 67 Ford GT and No. 4 Corvette giving chase, both less than one second behind. Blomqvist raced in the sixth spot. Struggling with grip as the stint was ending, Edwards fell to sixth place. He pitted on lap 47, but returned only one lap later suffering from a brake issue – the issue being he was without brakes. Four laps later he returned to the race, the sister car making its final stop on lap 52 for De Phillippi to finish the race. With the No. 24 effectively out of the race, De Phillippi drove a strong last stint to finish fifth and remain as the top BMW driver in GTLM points standings. 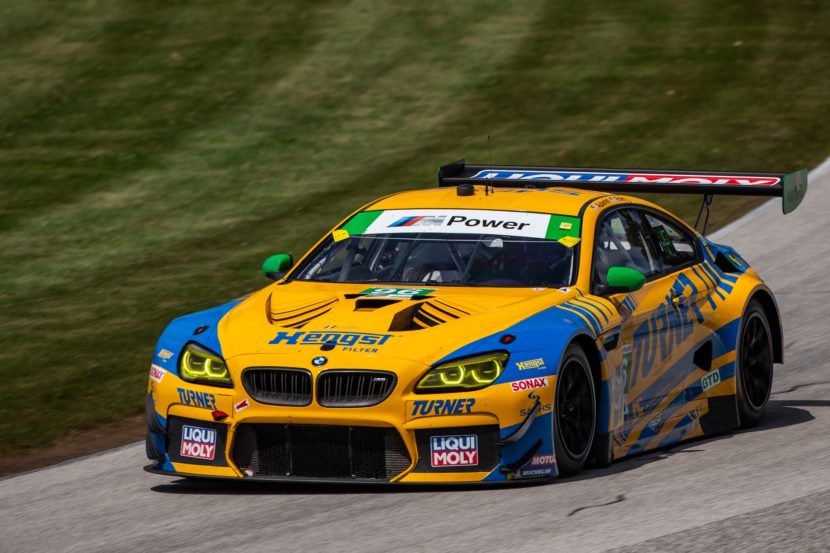 The next round of the 2019 IMSA WeatherTech SportsCar Championship will be held on Aug. 25 at Virginia International Raceway, in Alton, Va. The two-hour-and-forty-minute Michelin GT Challenge at VIR will take the green flag at 1:35 p.m. ET and is scheduled to be broadcast on NBCSN from 1:30 to 4:30 p.m. ET.

Tom Blomqvist, driver No. 25 BMW M8 GTE (P5): “Very disappointing result because we had a quick car this weekend. We need to get on top of the issues and resolve them. The drivers and the crew are all giving it their best so it’s not for a lack of effort. We are just not getting the results so we need to look at ourselves and find out why.”

Connor DePhillippi, driver No. 25 BMW M8 GTE (P5): “We would have liked to hold onto fourth at the end and stay ahead of the Corvette for points but it was not our cleanest race or performance today. We really need to do a better job for these next couple of events. We have a good car, we just need to put the pieces of the puzzle together to execute and get onto the podium.”

John Edwards, driver No. 24 BMW M8 GTE (P8): “It was unfortunate that we were sidelined by some mechanical issues. We were set up for a good finish and our pit strategy helped us get ahead of several cars. We were hoping to come away with a good result but it was not to be.”

Jesse Krohn, driver No. 24 BMW M8 GTE (P8): “Today was obviously a difficult day. We need to investigate what went wrong. We had a great car but had some issues which made it difficult to keep pace. We need to see what happened and fix what needs to be fixed so we can move forward.”

Turner Motorsport Finishes a Strong Third at Road America.
Bill Auberlen and Robby Foley raced the No. 96 BMW M6 GT3 to a third place finish in the GT Daytona class today, the duo racing in a top-five position for the entire two-hour-and-forty-minute contest. A fourth consecutive podium finish keeps the Turner Motorsport drivers securely second in the driver points standings.

“When we realized that we did not have the fastest car coming in here, we asked ourselves what our strategy would be.” said Will Turner, Team Principal. “We would not take any big risks and stick to textbook racing to improve our odds for a good finish. We actually did had a top five car as far as speed goes. The strength of Robey Foley’s first stint, followed by awesome Bill Auberlen, Don Salama’s strategy and the whole crew making some very precise pit stops got us on the podium today.”

Bill Auberlen, driver No. 96 BMW M6 GT3 (P3): “It was a never quit attitude. I tell you what, I have had a positive attitude all weekend like we are going to wind up on the podium. The deal was about points, points, points and beating the cars ahead of us. The car was the absolute best today. I owe it to our guys, the Turner crew, everyone touching this car made the car amazing for this race.”

Robby Foley, driver No. 96 BMW M6 GT3 (P3): “We did not expect to have much pace today but we did. We got a good start and settled in. We put Bill in for the last two stints and he was able to get around the Lexus at the end. Awesome job to everyone on the team on four podiums in a row, we will take that. Now onto the next event and we will continue to work our way to the teams ahead of us.”

Round 8 of the 2019 IMSA MICHELIN Pilot Challenge, the Race VIR 120, will take place on Saturday, August 24th at Virginia International Raceway, in Alton, Virginia. 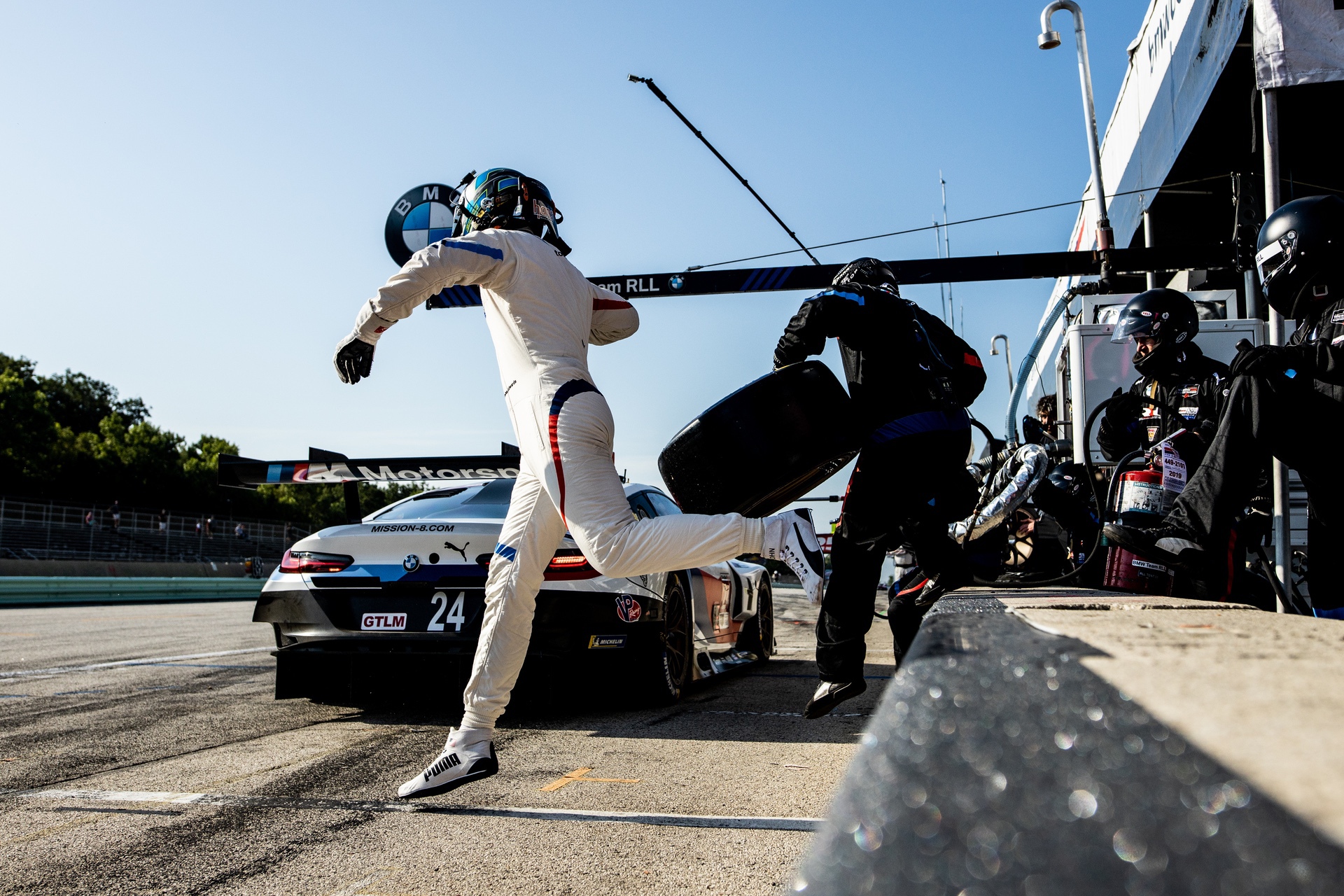 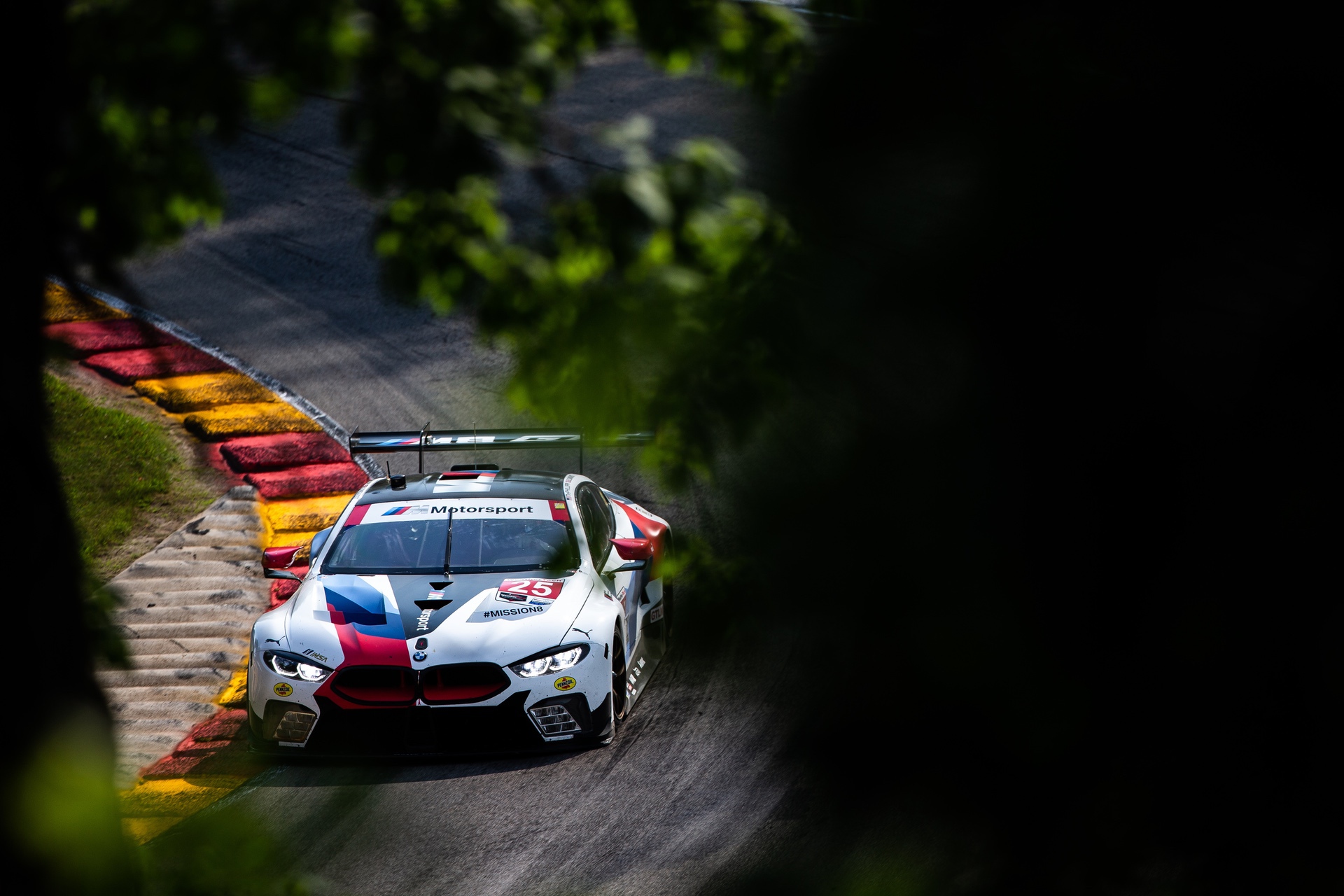 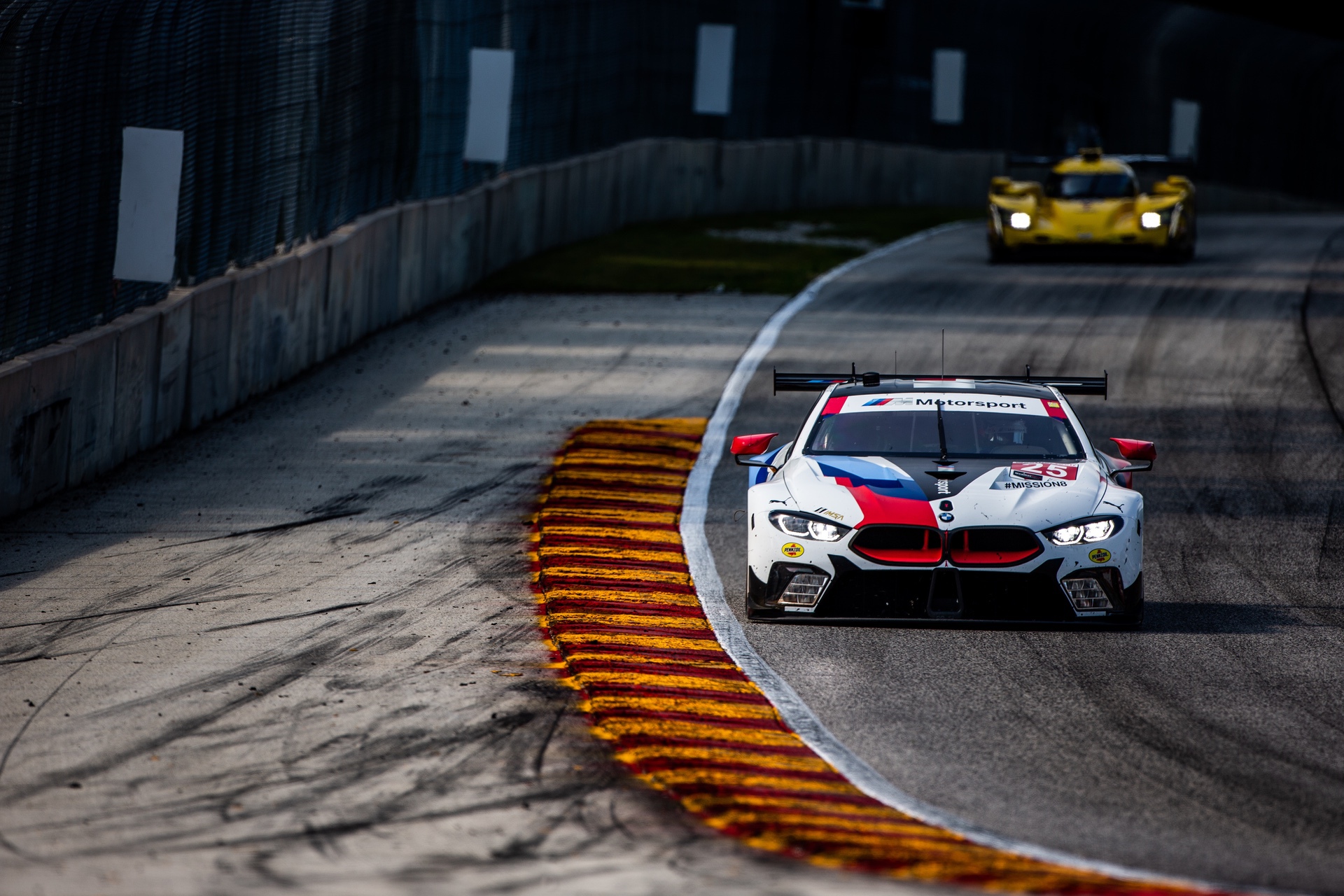 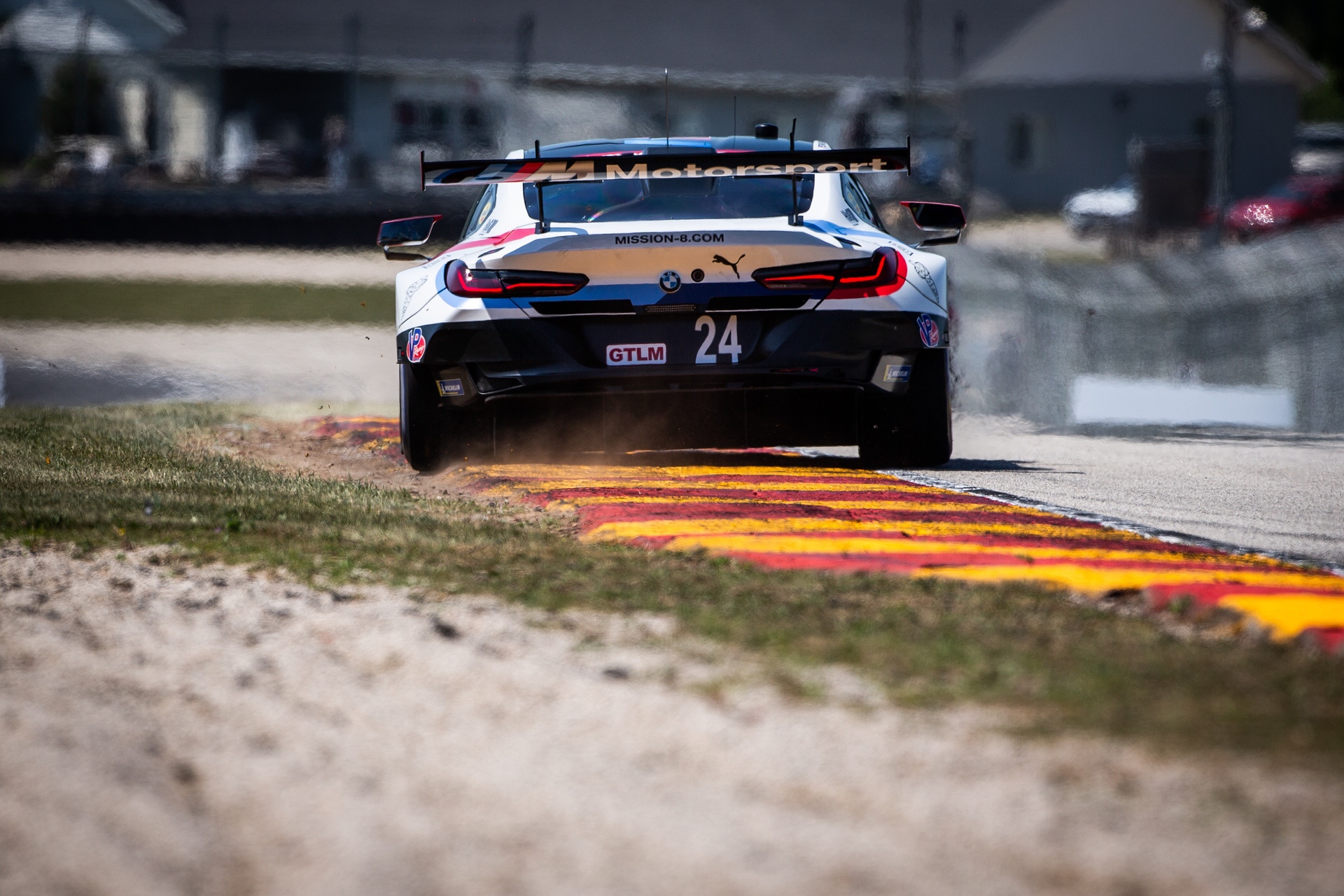 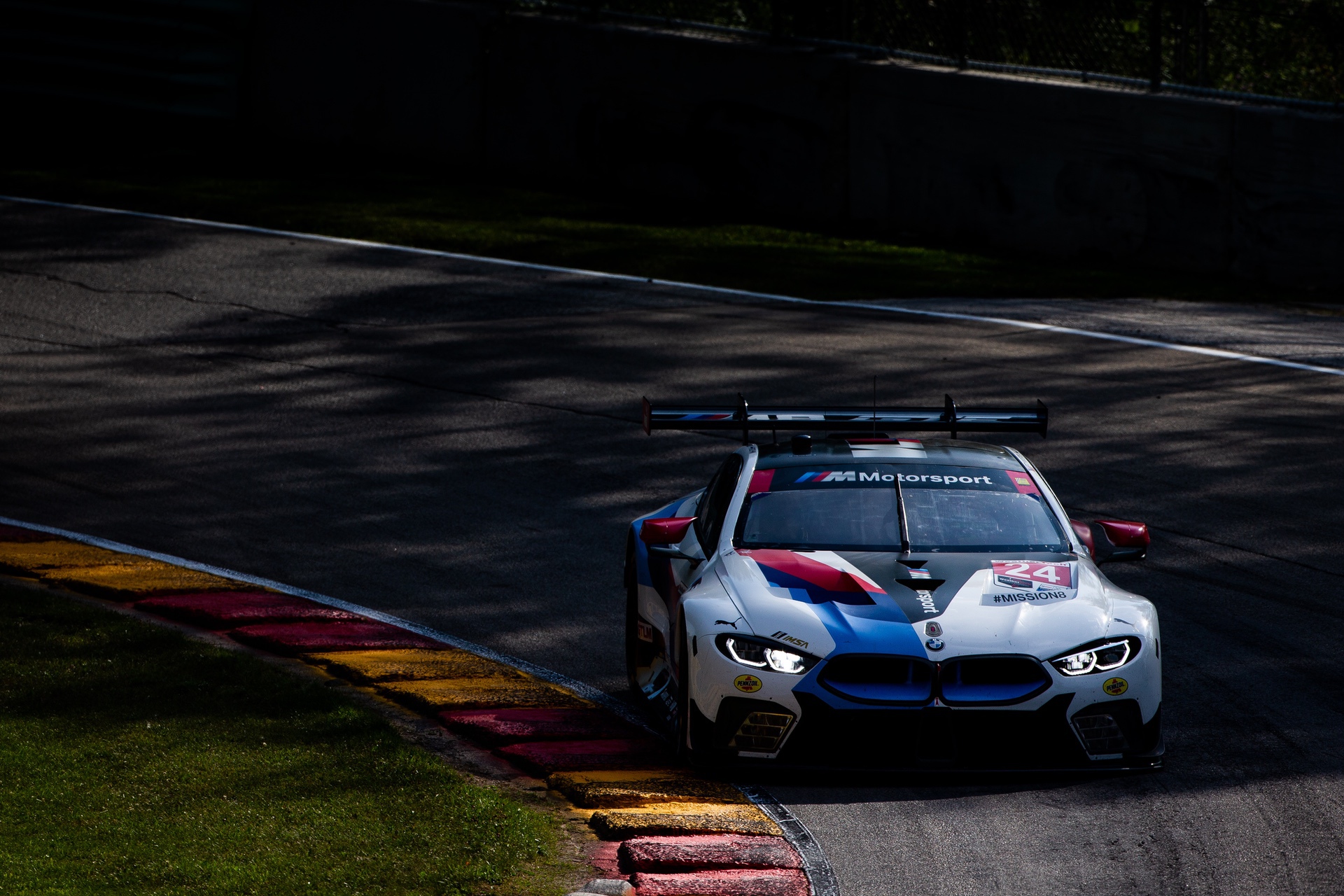 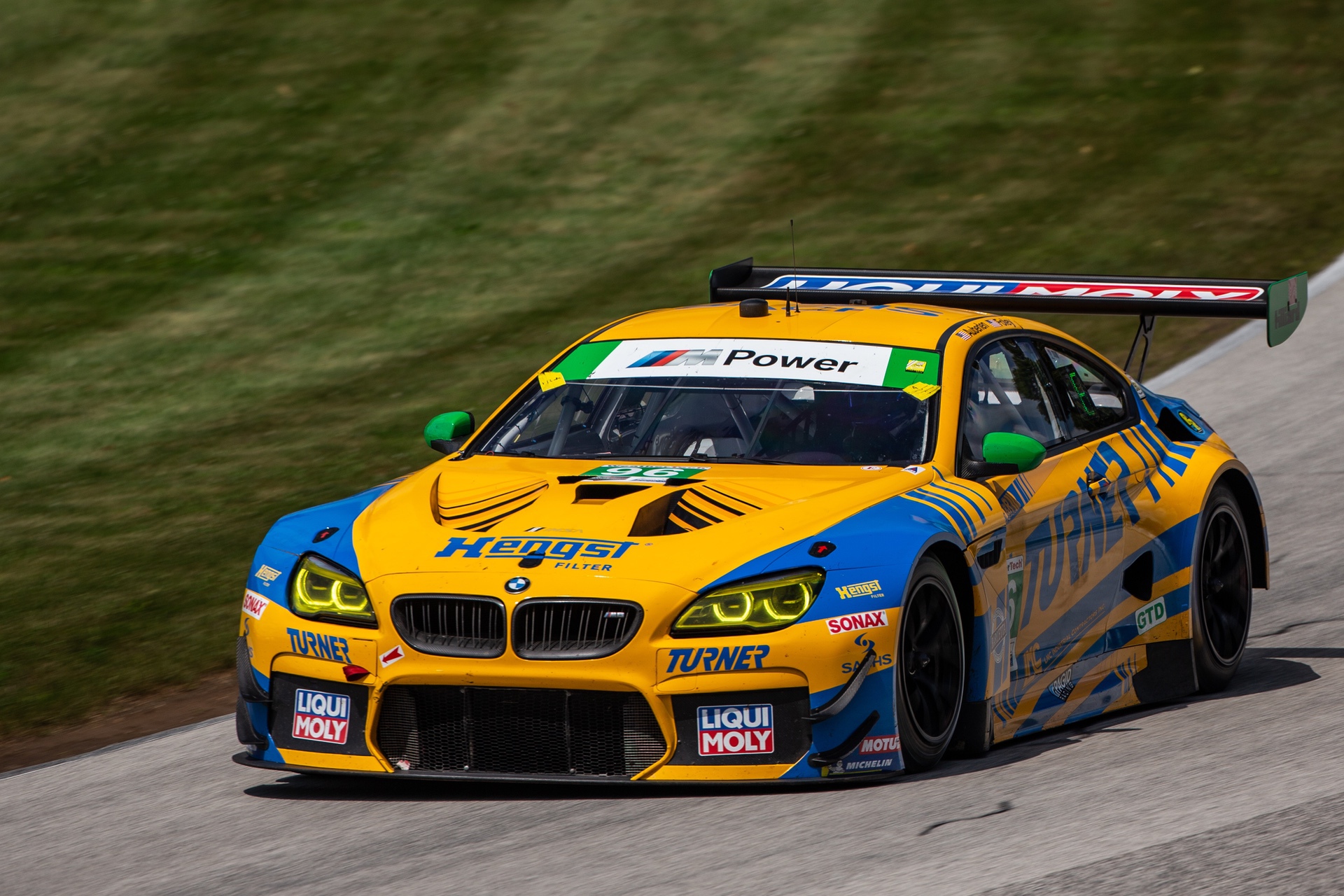