Alexander Sims gets second place at Formula E in Brooklyn 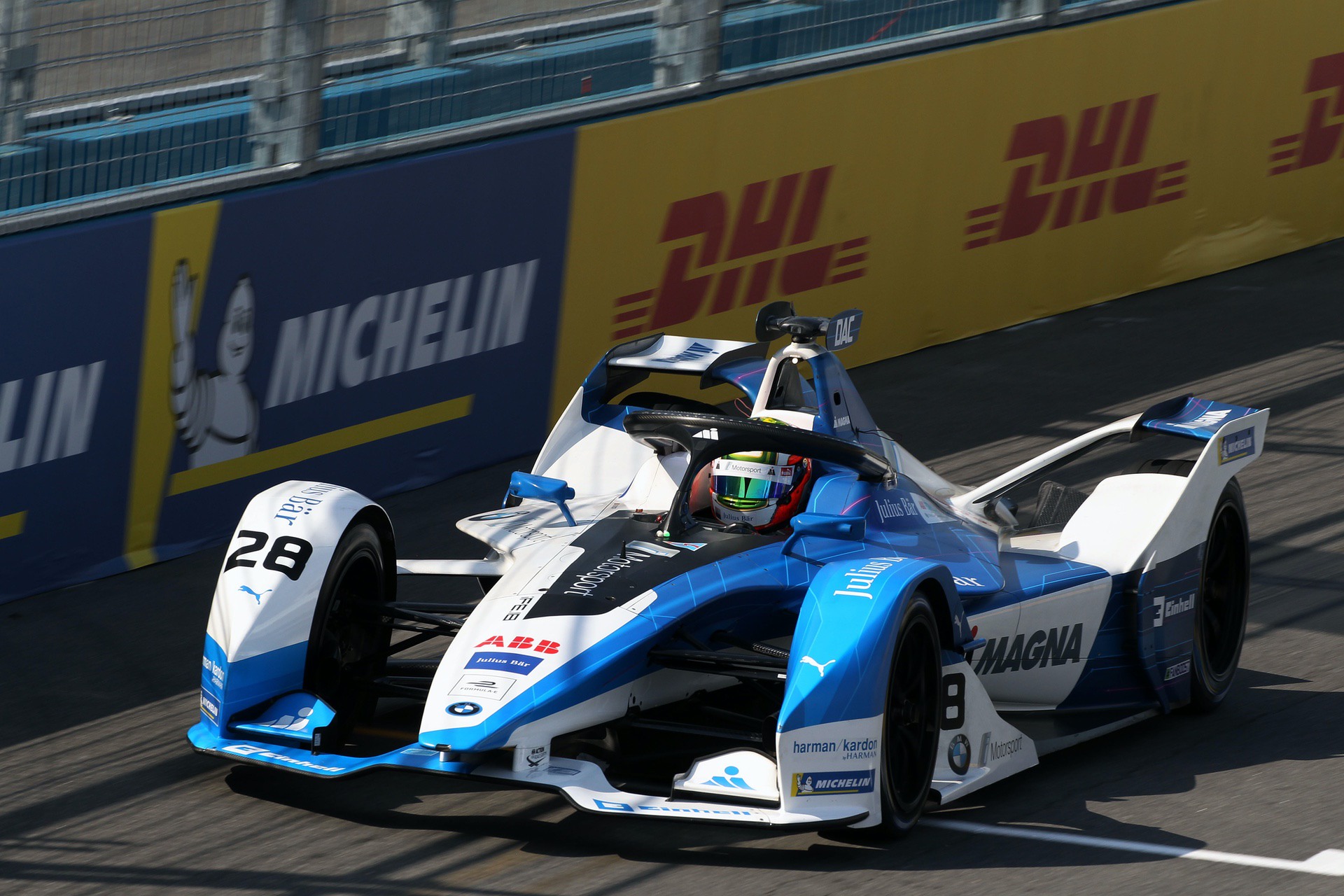 BMW i Andretti Motorsport has finished the ABB FIA Formula E Championship 2018/19 with another podium success. At the wheel of the #27 BMW iFE.18, Alexander Sims (GBR) secured second place in the New York City E-Prix after starting the race from pole position. After the 13th and final race of the season, Sims stood on the podium for the first time in his Formula E career. He was able to defend first place until the 18th lap, before conceding the lead to eventual winner Robin Frijns (NED, Virgin). António Félix da Costa (POR) reached ninth place in the second BMW iFE.18. 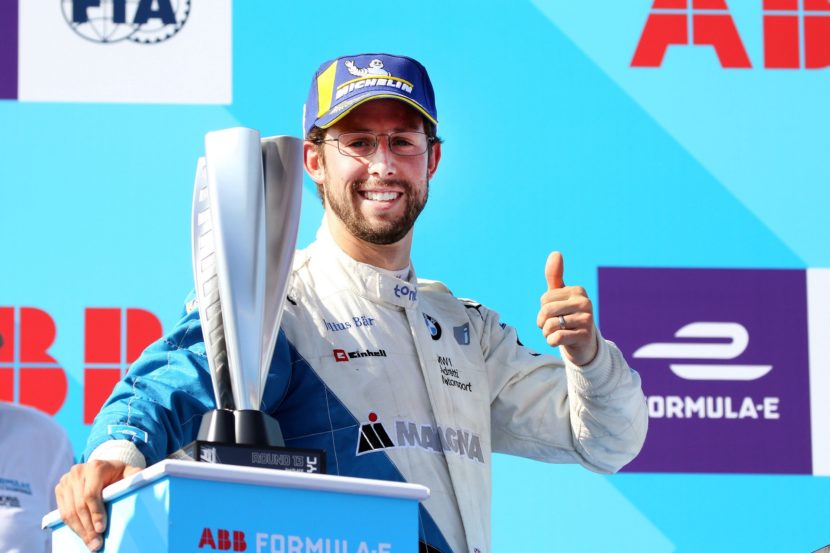 Together with fourth place on Saturday, this result allowed Sims to take another leap forward in the drivers’ standings and he finished the season with 57 points, in 13th place. Félix da Costa reached sixth place in the overall standings with 99 points. The title went to Techeetah driver Jean-Éric Vergne (FRA). BMW i Andretti Motorsport secured fifth place in the team championship, with 156 points. 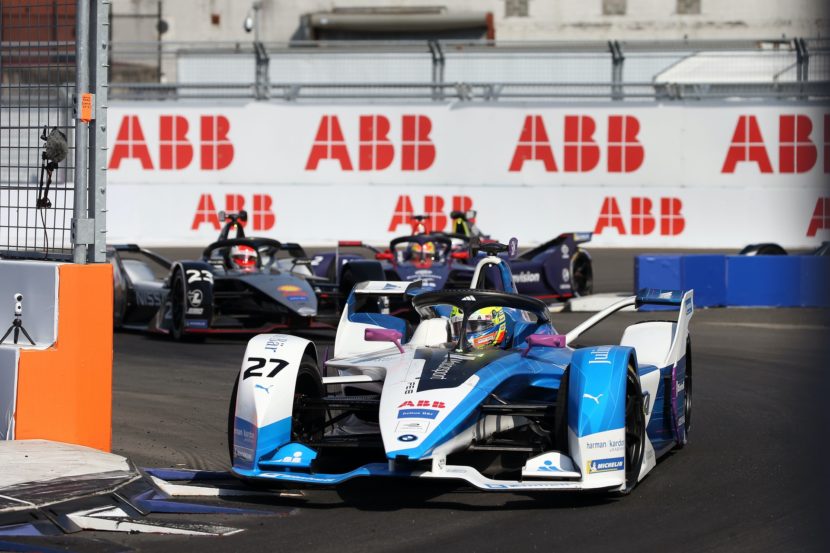 The team can look back on a successful debut season in Formula E after recording one win, two pole positions and a total of five podium finishes. Félix da Costa began with victory at the season-opener in Ad Diriyah (KSA). The Portuguese driver followed that with podiums in Mexico City (MEX), Sanya (CHN) and then on Saturday in New York (USA). Having already claimed two fourth-place finishes, Sims’ pole position and second place made the finale on Sunday his most successful Formula E race day. 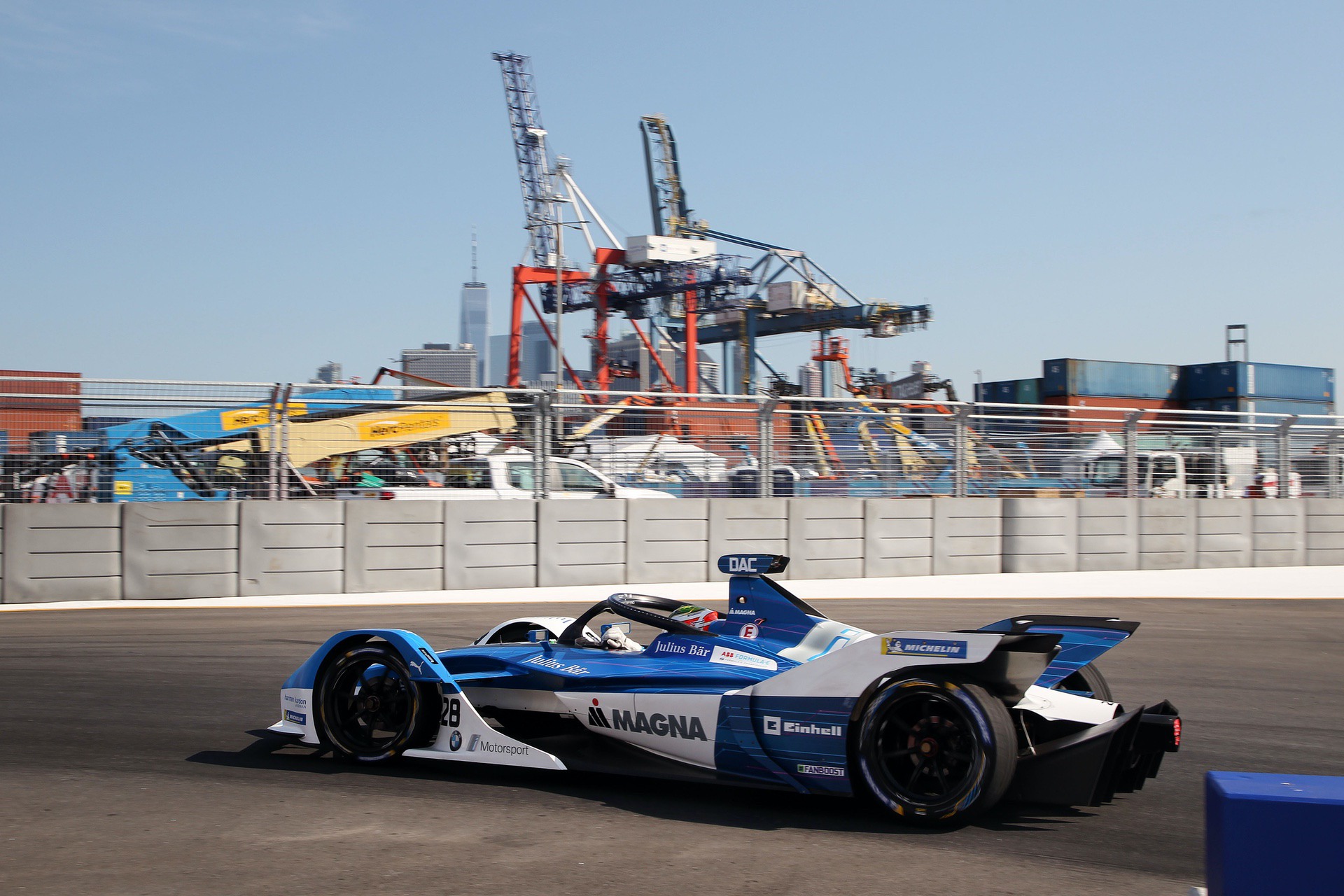 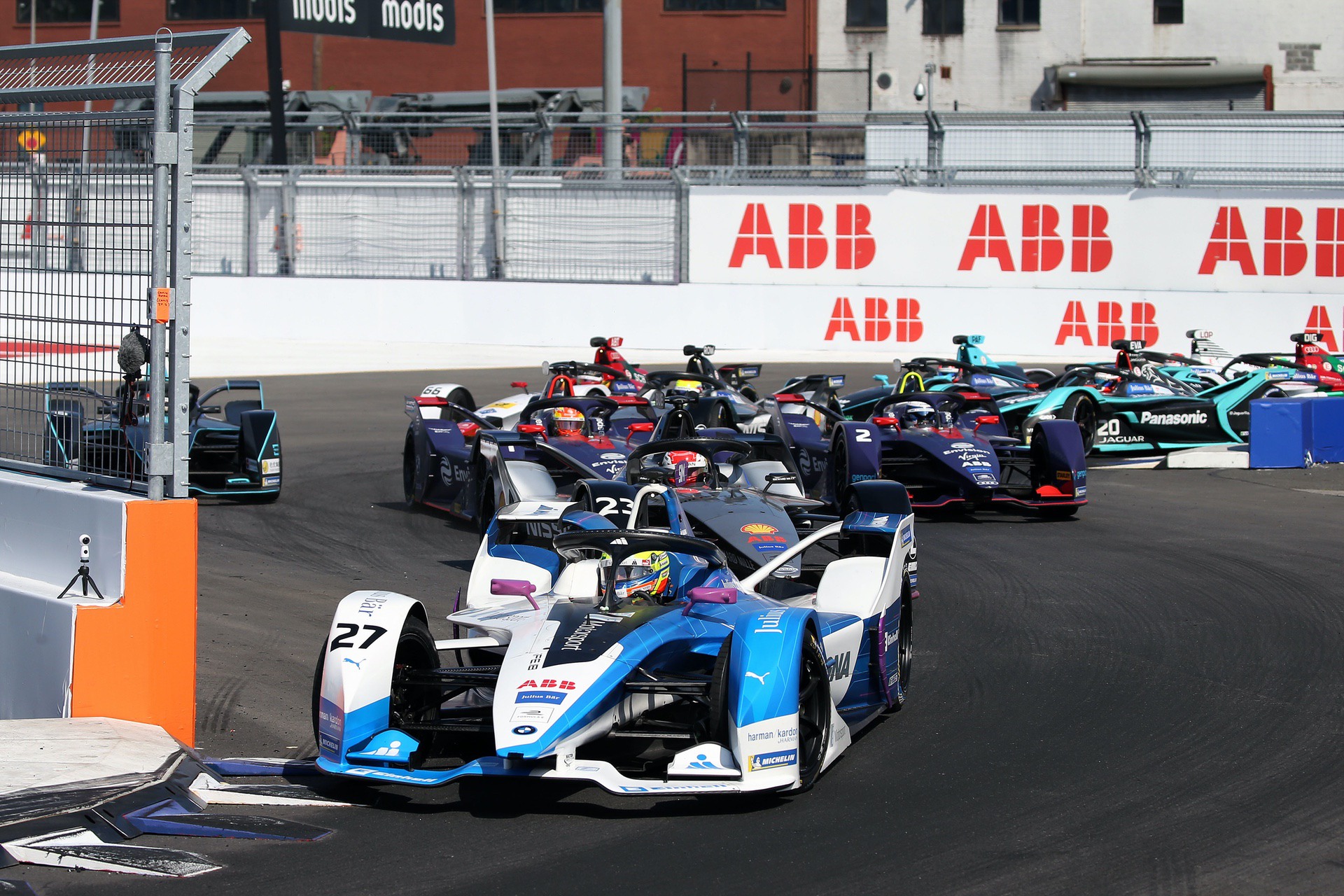 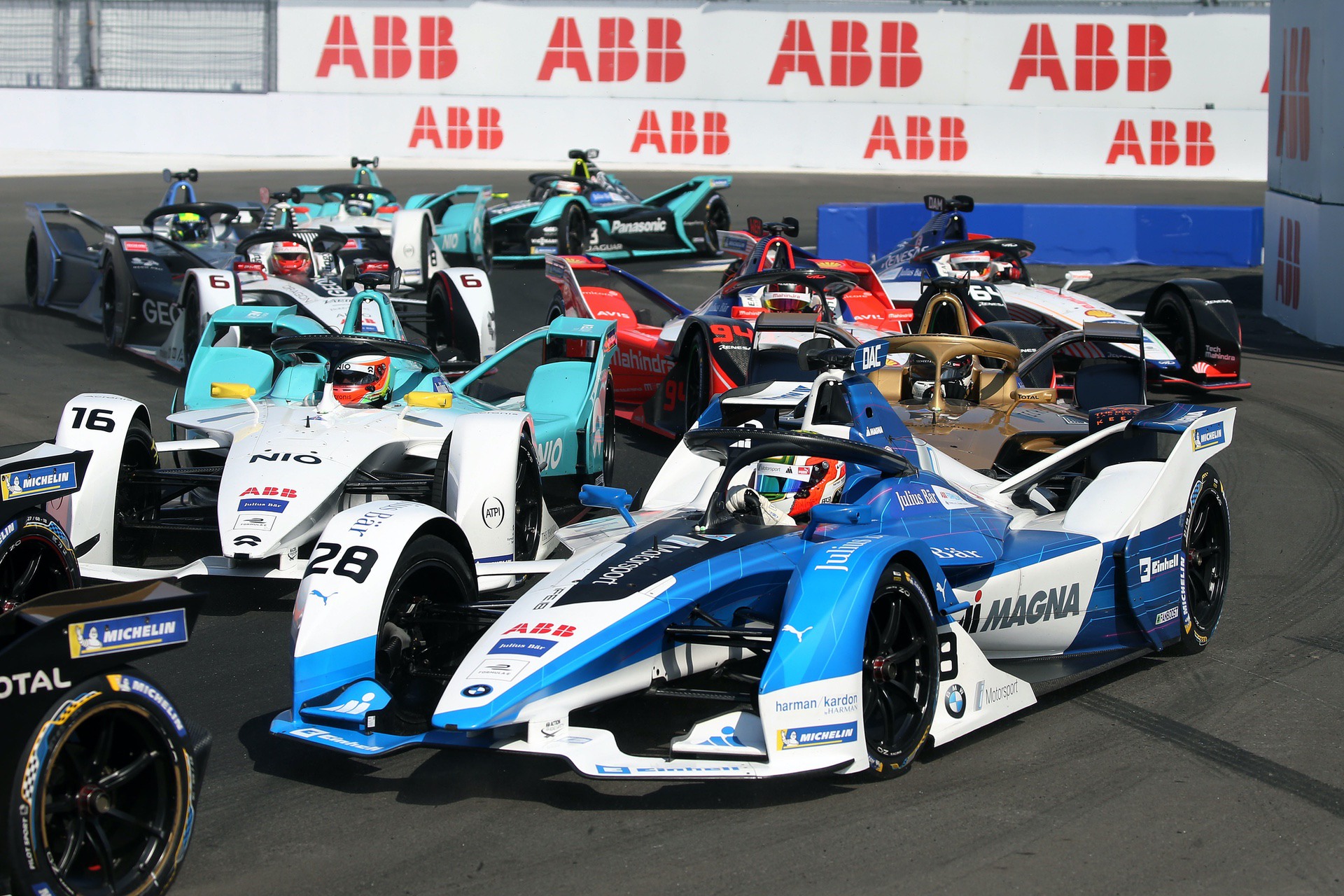 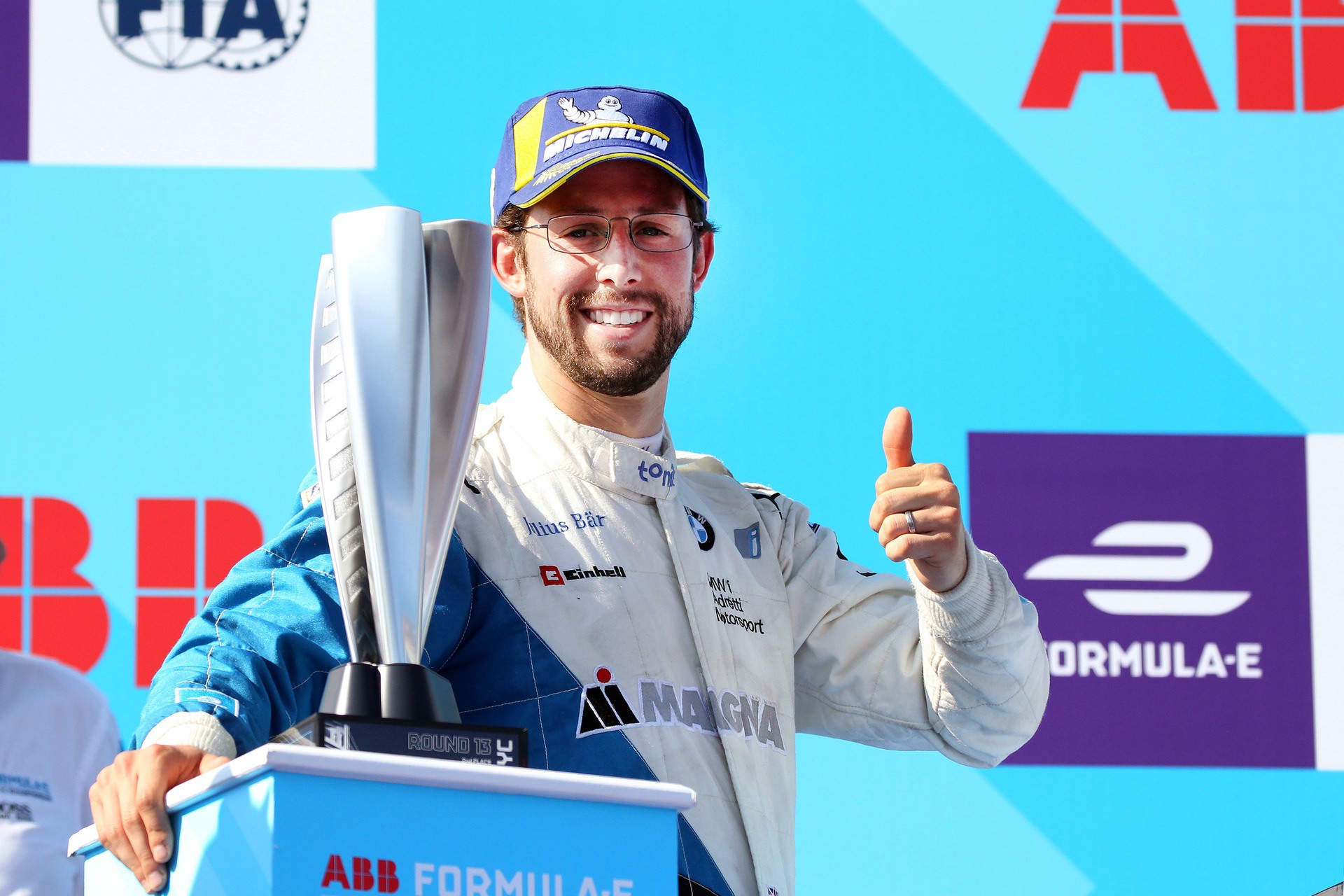 “I am very proud that we have been able to celebrate another superb result to finish our first Formula E season with BMW i Andretti Motorsport. Congratulations to Alexander Sims on his first pole position and his first podium finish in this series. Alex gave a strong performance and deserved this success. Closing his rookie season with a podium is excellent. António Félix da Costa was also able to score some points in ninth place. 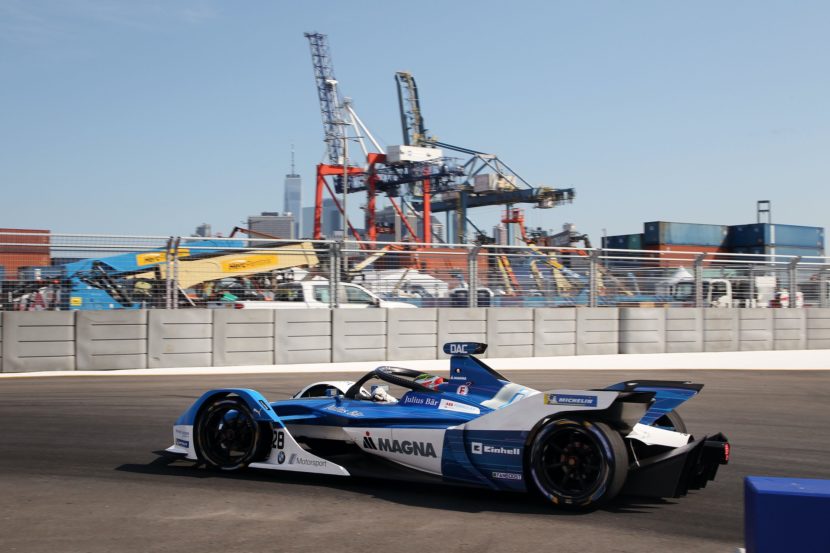 We have rounded off the season in a positive way. We gained a lot of valuable experience as a team over the course of the 13 races. In Ad Diriyah we kicked off the season in style – claiming victory with the BMW iFE.18 in its very first race. At the first attempt, we were able to fully exploit the huge potential and the high efficiency of our Racing eDrive01 drivetrain. The same went for the subsequent Marrakesh E-Prix, where we had the great chance to score our maiden one-two. 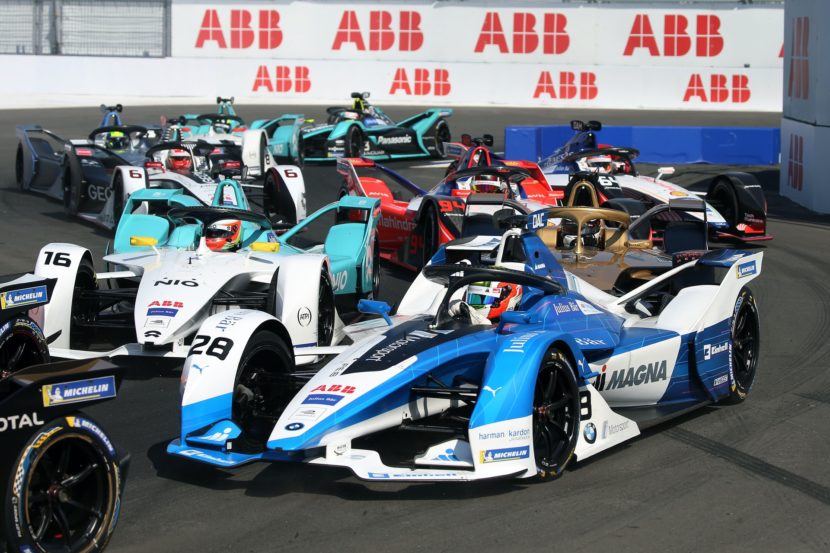 We all remember what happened there. In some of the following races we weren’t able to make the most of our potential for various reasons. On the one hand we made mistakes, on the other hand plenty of red-flagged races meant we couldn’t translate the fantastic efficiency of our drivetrain into top results. Considering the experience gained this season, I am confident we will be able to raise our game in this respect for Season 6 – despite the growing level of competition in this series.

The successful weekend in New York simply motivates the team even more as they prepare for the new season. We know we have a great drivetrain and the right team to succeed in Formula E. Congratulations to DS Techeetah and Jean-Éric Vergne on winning the title. He is a fully deserved champion.”

“We started the season strongly – and we ended it strongly too. Pole position and finishing second for his first podium were a great result for Alexander. He has been working towards that all year. Starting from 14th place made it difficult for António but he drove a clever race and was able to benefit from incidents ahead of him at the end. In particular, the consistency of our performances this weekend gives us reasons to be optimistic. Season 6 starts for us on Monday.”

“It feels fantastic to be on the podium as I had just missed out a few times in the past. Of course, I would have liked to have won from pole position. Nonetheless, I am very pleased with the overall result. Finishing fourth and second at the finale is a great effort. I have learned so much this season and there were plenty of ups and downs. Bearing that in mind, I am very happy that we are heading for the summer break after a race like this.”

“It really wasn’t easy today to make up ground from the middle of the pack. We managed to reach ninth place though. Just like yesterday, both drivers scored some points for the team. It’s a shame that we don’t have a third race as we did very well here in New York. I have finished the season in sixth place in the drivers’ standings. We were in the leading group for the whole season and winning the first race remains the highlight of course. I think we have had a good season overall.”