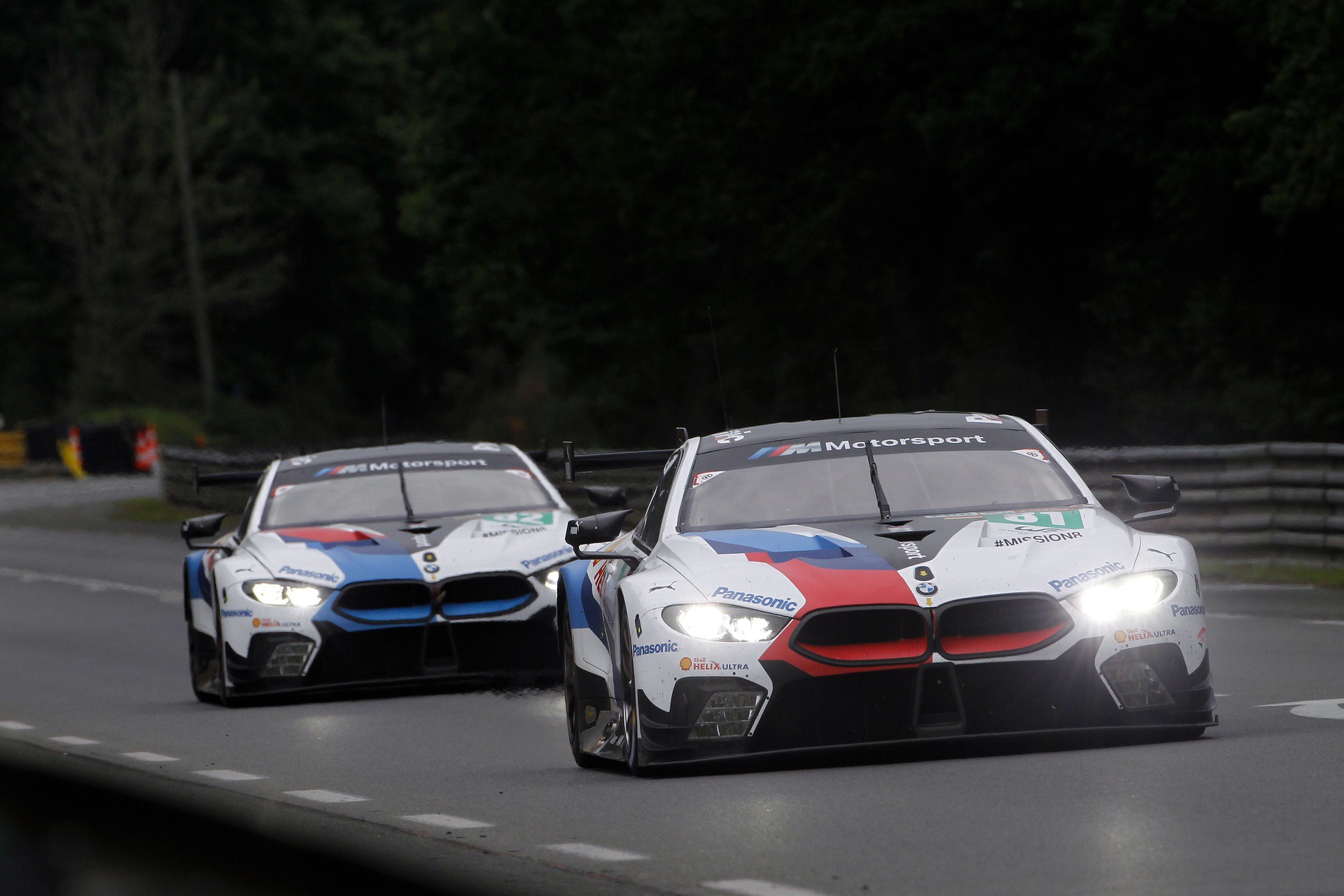 BMW Team MTEK has concluded the ‘Super Season’ in the FIA World Endurance Championship (WEC) with the 24-hour race at Le Mans (FRA). The two BMW M8 GTEs finished in eleventh and 14th positions in the LM GTE Pro class.

The #82 BMW M8 GTE – driven by Jesse Krohn (FIN), António Félix da Costa (POR) and Augusto Farfus (BRA) – had started from fifth place but was unable to hold onto the position as the race progressed, crossing the line in eleventh place after 335 laps. The #81 car, with Martin Tomczyk (GER), Nick Catsburg (NED) and Philipp Eng (AUT) at the wheel, finished in 14th position. Both cars lost time during the night and towards the end of the race after making repair stops to fix technical problems. Victory in the LM GTE Pro class went to the #51 Ferrari. 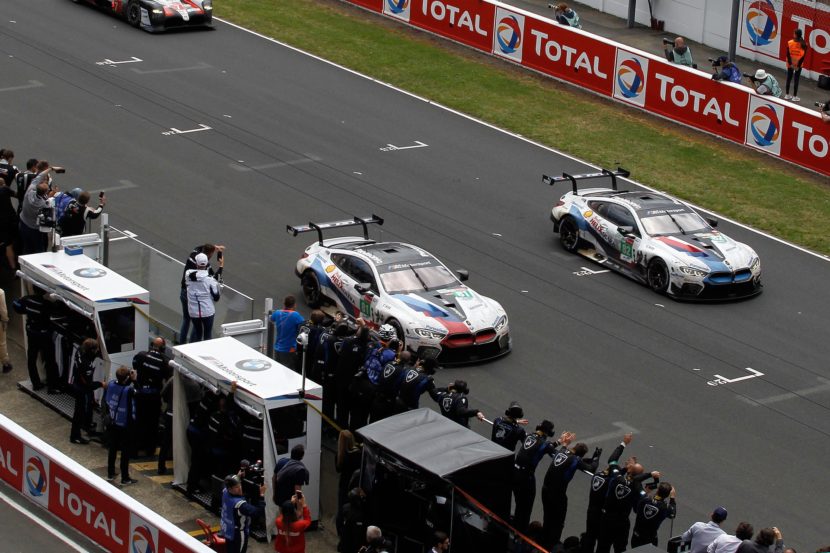 BMW Team MTEK had celebrated a total of two podium finishes during the ‘Super Season’. The BMW M8 GTE crossed the line in second place in the LM GTE Pro field at Fuji (JPN) and at Sebring (USA). 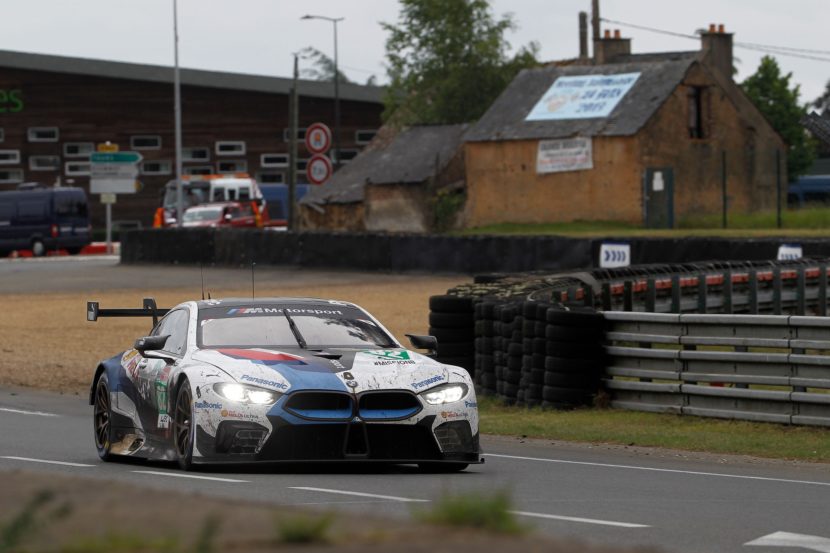 “The final event of the ‘Super Season’ was certainly a handful. Before the race, we already knew that the circumstances at Le Mans would not necessarily make things easy for us. And that turned out to be the case. It became clear relatively soon that we would not be able to keep pace with the leaders. Our drivers had to go right to the limit from the first lap, which put the components under great stress from the word go. This led to technical difficulties in the second-third of the race that cost us more time and meant that a top result was out of sight early on. However, the entire team gave their all, right to the final lap, although we would obviously have liked to have left Le Mans with a better result. Credit and respect are due to all concerned in these difficult circumstances. And now we say ‘Au revoir, Le Mans’ – and bid farewell to the FIA World Endurance Championship. Many thanks to BMW Team MTEK, the ACO and WEC. Above all, we would like to thank the many BMW fans who have provided such great support for our WEC project over the years.” 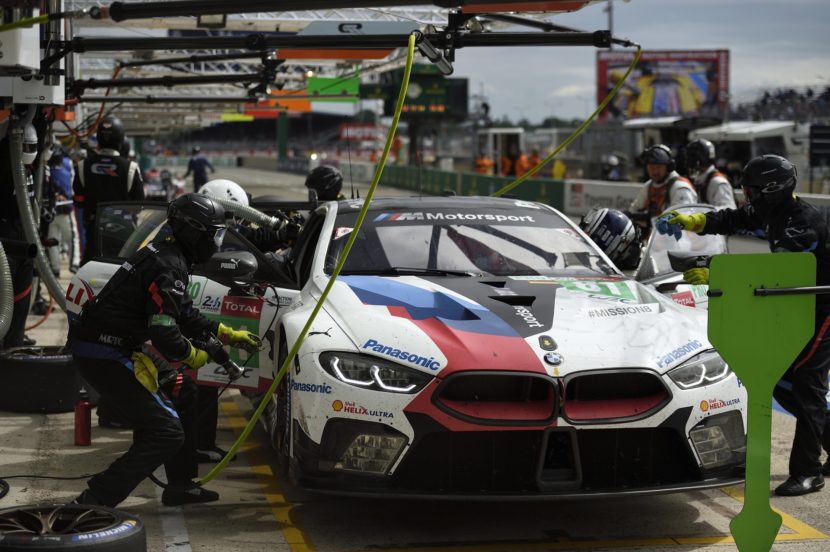 “That was a very difficult race for us. However, in a 24-hour race, you always hope to have a chance to improve. That was not really the case. We also had one or two technical problems and by the end, it was all just about getting the cars across the line. Whether you win or lose, the level of work that the team puts into a race like this is always the same. My girls and boys displayed fantastic commitment. It is a shame that we weren’t rewarded for that.”

António Félix da Costa (#82 BMW M8 GTE, 11th place):
“Le Mans is always special. We made a good start to the race as a team, but the circumstances meant that we didn’t have the pace required. Every one of us battled hard and we gave our all. Of course, there is some sadness that we are leaving WEC with the BMW M8 GTE. Thanks to the whole BMW Team MTEK team for our time together. New challenges will come – my next one will be this coming weekend at the Formula E in Bern.”

Augusto Farfus (#82 BMW M8 GTE, 11th place):
“That was a disappointing race for us. We wanted to say goodbye with a good result and tried everything possible to keep up with the leading group. However, we just didn’t have the pace. The technical problem during the night was not what made the difference. I really enjoyed the BMW M8 GTE project in WEC. Many thanks to everyone at BMW Team MTEK. The team did really great work.” 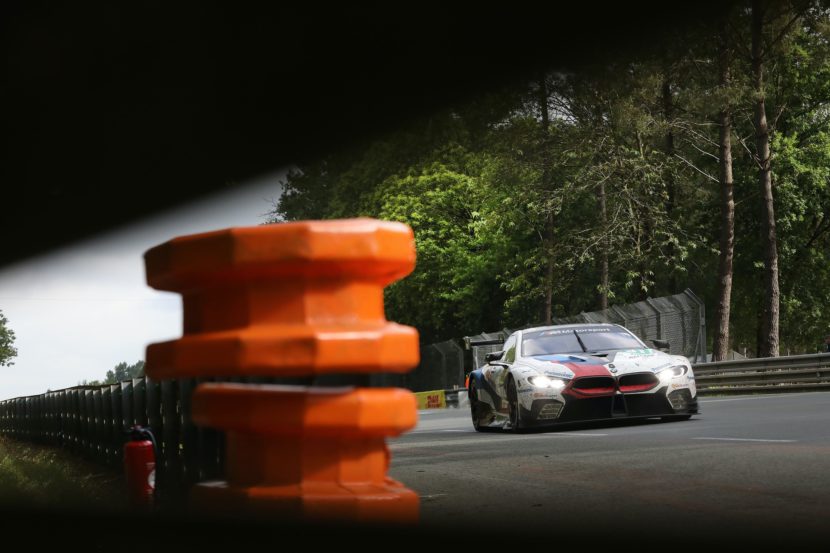 Jesse Krohn (#82 BMW M8 GTE, 11th place):
“In general, my Le Mans debut was a fantastic experience that I will never forget. Unfortunately, it was difficult for us from a racing point of view. The team worked very hard and did not record the result that it deserved. I am now heading directly to the Nürburgring. I hope that things will go better for me there.”

“Unfortunately, Le Mans 2019 was not successful for us. The circumstances were difficult and we really had to give our all to even have half a chance of keeping pace with our competitors. The technical problems then cost us more time. Despite that, it was good for the team to reach the finishing line at least after all the hard work. Looking back, our WEC programme had plenty of highs and lows. The highlight for me was certainly the second place at the 1,000 Miles of Sebring. I would have liked to have recorded a top result at the 24 Hours of Le Mans as well, but luckily for me, I’ve got another chance to do so next weekend at the Nürburgring.”

Nick Catsburg (#81 BMW M8 GTE, 14th place):
“That was a hard race. We didn’t have the pace, so we had to drive really hard and that led to our technical problems. Of course, spending so much time in the pits means that you have no chance of recording a good result at Le Mans. Overall, I was very happy to be part of the WEC project and BMW Team MTEK. Unfortunately, we were not as successful as we had hoped. Now I am looking forward to my next favourite race, the 24 Hours Nürburgring, next weekend.”

Philipp Eng (#81 BMW M8 GTE, 14th place):
“Overall, that was another great week at Le Mans. It’s a shame that we couldn’t round it off with a good result. In general, the BMW M8 GTE drove well but unfortunately we just didn’t have the pace required on the straights. We had to drive right at the limit, which put the compontents under extreme stress. Many thanks to BMW Motorsport and BMW Team MTEK for allowing me to be a part of this project from the start.”