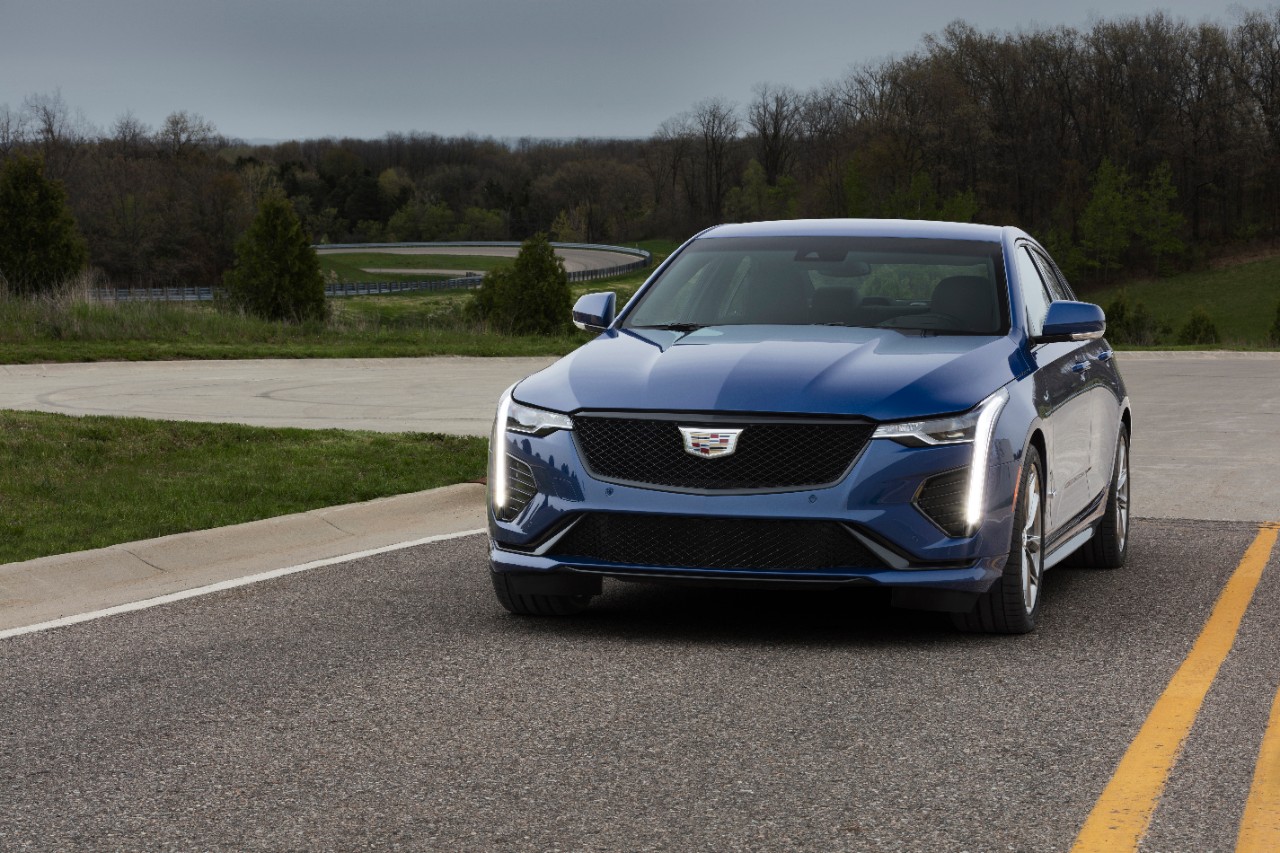 Cadillac came very close to taking down the F80 BMW M3 with its ATS-V sport sedan a few years back. In fact, many enthusiasts would say that the Detroit brand succeeded in showing Munich who’s boss. The Cadillac ATS-V was a sharp, nimble performance machine with ample enough power to match the M3 in terms of performance. While it had its flaws (engine, gearbox, interior), it was an excellent first attempt at tackling the M3. Which is why we were very interested in the upcoming Cadillac CT4-V. Until it was finally revealed last night…

The previous Cadillac ATS-V used a 3.6 liter twin-turbocharged V6 that made a very healthy 464 hp and 445 lb-ft of torque. Both of those numbers best any iteration of the BMW M3. Admittedly, its performance didn’t exactly match its power output and the engine wasn’t brilliant to use but at least it was powerful and fast. This new Cadillac CT4-V? Not so much. 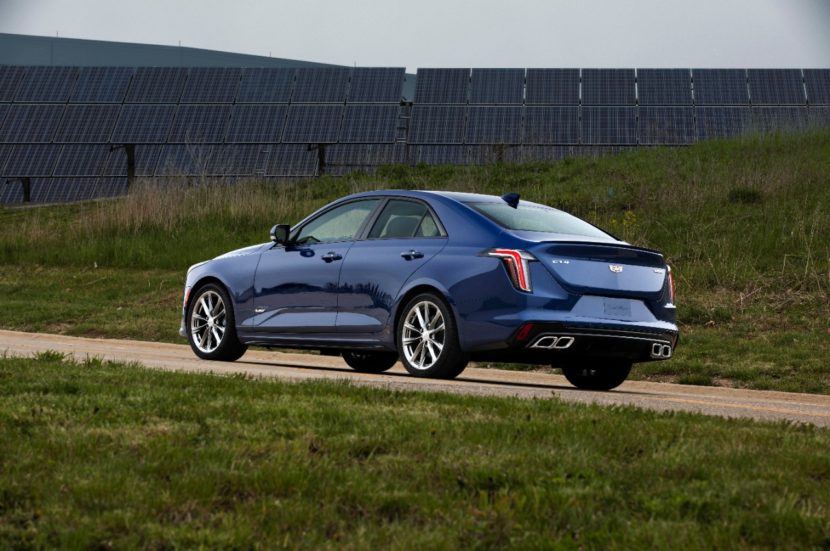 Powering the “V” version of the ATS’ replacement, the CT4, is a 2.7 liter twin-turbocharged four-cylinder engine that makes 320 hp and 369 lb-ft of torque. Now, that’s not bad for a twin-turbo four-pot. But why is this car wearing a ‘V’ badge when it isn’t the real deal performance version? Is there even going to be a proper performance version?

When the Cadillac CT4-V finally hits the road, it will not be able to handle the BMW M3 in its current form, never mind the upcoming G80 generation M3. Instead, this is more of a competitor for the BMW M340i and even that will likely run away from the Caddy with ease. The M340i, in North America-spec, makes 382 hp and 369 lb-ft of torque and we already know that it’s just as fast as an F80 M3. 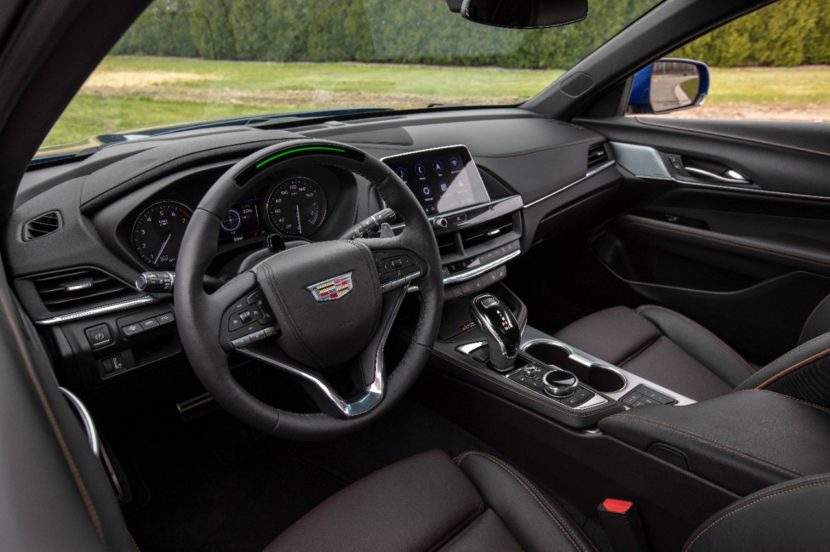 Admittedly, the car does get some other go-fast bits that should make it fun to drive. A ten-speed automatic with paddle shifters is as-standard and it can come in either rear or all-wheel drive. It can also get Brembo front brakes, magnetic dampers and a limited-slip differential. So it should be an entertaining car to drive. But if you were expecting a tire-shredding M3-fighter, it’s quite disappointing.

Which is a shame because there’s a lot of potential here. It looks pretty good, with sharp lines and vertical design elements. In fact, it may be the best looking small Cadillac yet. Its interior is a bit low-rent looking compared to some of its competitors but I stopped blaming Cadillac for that along time ago, as there’s just no way it can get a good interior with GM’s penny-pinching budget.

It’s also based on a good chassis. The rear-wheel drive Alpha platform on which it’s built is the same one that underpins the new Camaro and that’s very good to drive. 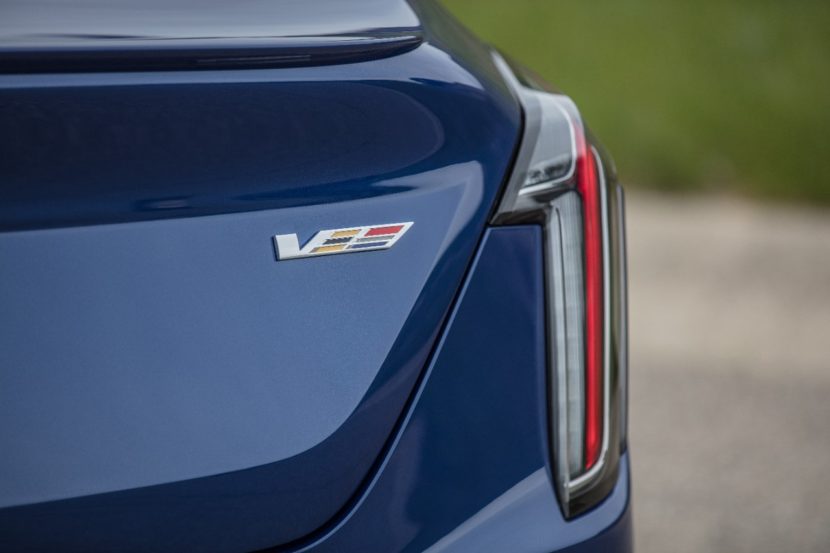 So there’s a lot to work with here and instead the market getting an awesome, American-bred, tire-shredding machine, we get a turbo four-pot and an automatic transmission with too many gears.

Now, if Cadillac marketed this car as a Vsport, like it did with the CTS Vsport — Cadillac’s version of an M Performance car — this would be fine. Instead, Cadillac is claiming that this car comes from the “V-Series performance sub-brand”, or the same people that made the 640 hp supercharged V8 CTS-V. Yet, with just 320 hp and 445 lb-ft on tap, the Cadillac CT4-V is less powerful than literally each and every one of its competitors. The BMW M340i, Mercedes-AMG C43, Audi S4 and even the KIA Stinger GT all make more power than the brand-spanking new Caddy. 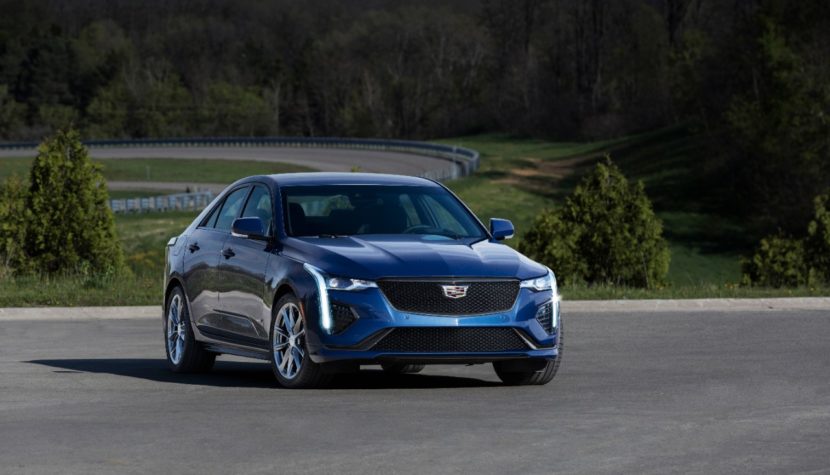 If this sounds like a rant, it sort of is. Personally, I like Cadillac and I want to see it make some great cars. I like it when American brands can take on the best from Europe, Japan and now Korea. So when Cadillac hypes something up and falls flat like this, it’s genuinely disappointing, especially when I know it can do so much more. I miss Johan de Nysschen.