VIDEO: BMW M8 spied at the ‘Ring with minimal camouflage 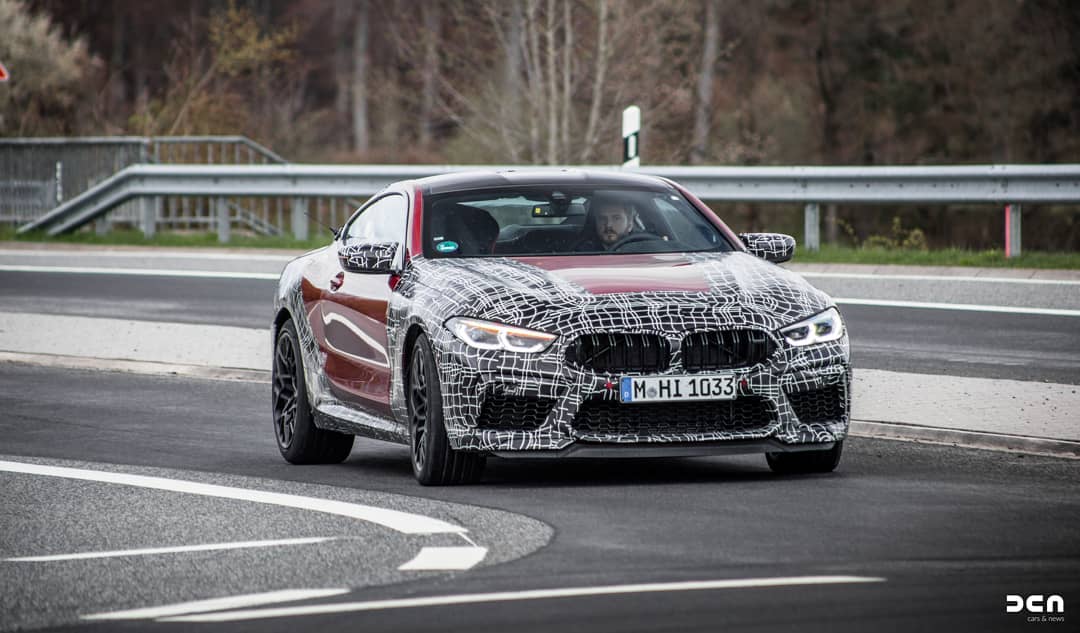 Like all of you BMW enthusiasts, we can’t wait for the reveal of the BMW M8. While we’ve already seen it in person, the meeting was brief and some time ago. So we’re itching it to see it again just as much as most enthusiasts are itching to see it for the first time. It’s a great looking car in person and we’re extremely excited about how it’s going to drive. In this new spy video, we get to see the BMW M8 in the wild without too much camouflage on, both on the roads around the Nurburgring and on the famed race track itself.

Let’s talk mostly about what we see up close while the car is on the road. We’ve seen it on the ‘Ring numerous times now, so watching it go around the track from a distance isn’t anything new. What is new is getting an up close and personal look at the upcoming BMW M8, the first of its kind in history. 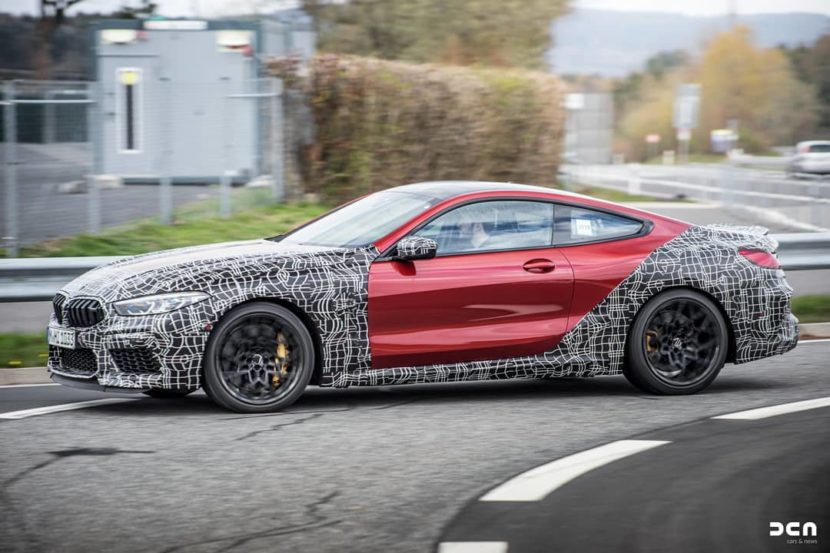 Up close, it looks low and mean, even more so than the M850i that we’ve seen for awhile now. It sports M-style side mirrors and more aggressive front aerodynamics, though most of the latter is covered in camouflage. Out back, it gets quad exhausts of course and a little decklid spoiler that looks a bit tacked on but fine.

The best part of this video, though, is the noise. We actually get to hear the BMW M8 and its 600-plus hp up close without the screaming tire noise from the track. It sounds very good from the little we get to hear of it. It’s deep and burbly at low revs but starts to get a bit racier, a bit more metallic, as the revs rise. It’s going to sound great when we can get behind the wheel and open it up.

7 responses to “VIDEO: BMW M8 spied at the ‘Ring with minimal camouflage”