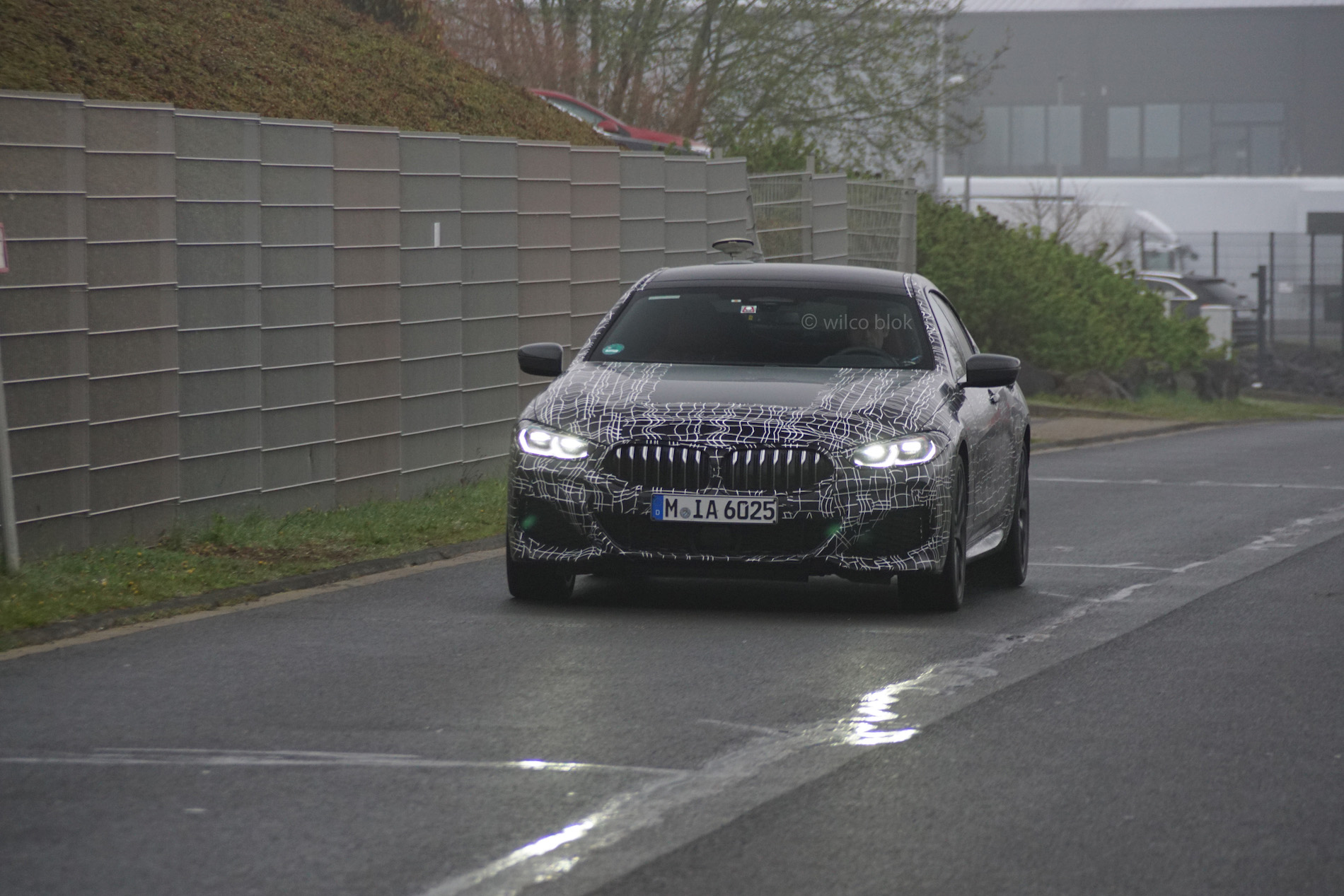 In June 2019, BMW will finally unveil what could turn out to be the sexiest car of the current lineup – the BMW 8 Series Gran Coupe. The third and final member of the new 8 Series family will take the shape of a four-door coupe, with an attractive design and more interior space for its occupants. The top of the line model will be the M850i xDrive Gran Coupe, which was just spotted, as a test mule, near the Nurburgring.

We’ve had the chance to see the car in person last month, but the viewing impressions are still under embargo, so for now, we will comment on what we see under the camouflage. In these new spy photos, we see the same familiar 8 Series face, just on a longer, four-door body. The front-end is fully unveiled so no surprises there since it follows the same design language of the 8 Series. It also gets a traditional Hofmeister Kink and it has a smoothly sweeping roofline, which not only looks good but seems like it will give rear occupants some nice headroom. Out back there’s a subtle decklid spoiler that gives it a sportier look and the typical trapezoidal exhausts. 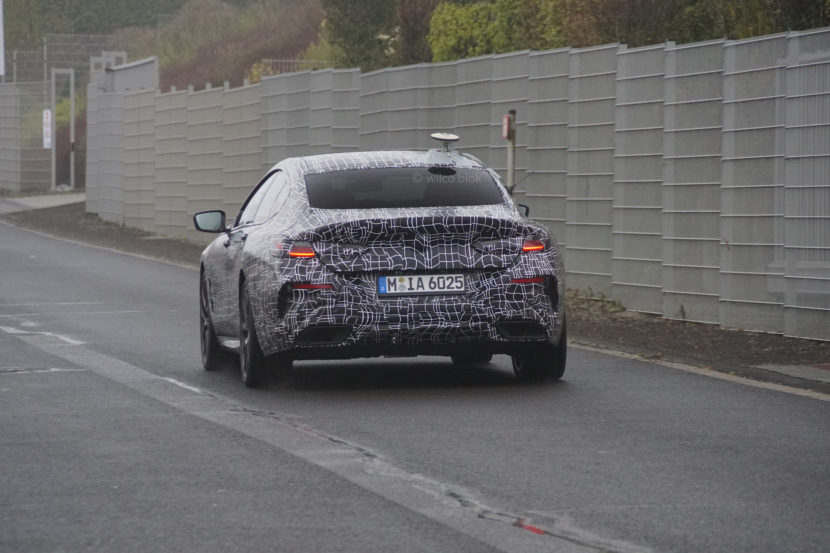 The BMW M850i Gran Coupe will be the top model of the 8 Series family, powered by a 530 hp 4.4-liter twin-turbo V8, which, in the Coupe, is capable of delivering a 0-62mph sprint time of 3.7 seconds; that figure is likely to increase in the Gran Coupe.

Inside, we expect to see the same level of luxury and craftsmanship as the Coupe and Convertible models, coupled with the latest infotainment system and tech from BMW.

The BMW 8 Series Gran Coupe goes on sale in late 2019 as a 2020 model and will fill the void of the 6 Series Gran Coupe that BMW recently phased out. Alternatives include the Audi A7, Maserati Ghibli, Mercedes-Benz CLS, Mercedes-AMG GT 4-Door Coupe, and Porsche Panamera.