Video: Alpina Celebrates the B5 BiTurbo – The Fastest Wagon in the World

Home » Video: Alpina Celebrates the B5 BiTurbo – The Fastest Wagon in the World

Alpina has been making cars for decades and, despite being considered by some as a tuner, it actually has its own VIN numbers these days. Yes, their products are mostly upgraded BMWs but the differences are so big that you could easily consider them separate cars. The Buchloe-based company is also regularly claiming various world records, like the one celebrated in the video below, for the title of the world’s fastest wagon in the shape of the Alpina B5 Bi-Turbo Touring AWD model.

Launched a while back, the B5 Bi-Turbo Touring is truly the M5 Touring model you’ve been waiting for. A lot of people have been disappointed in the fact that BMW no longer offers a Touring version for the M5 but they actually don’t have to, when you have the Alpina B5 on the market already. The truth of the matter is, the potential of the market for such a car is so small, the B5 Bi-Turbo will easily cover it. 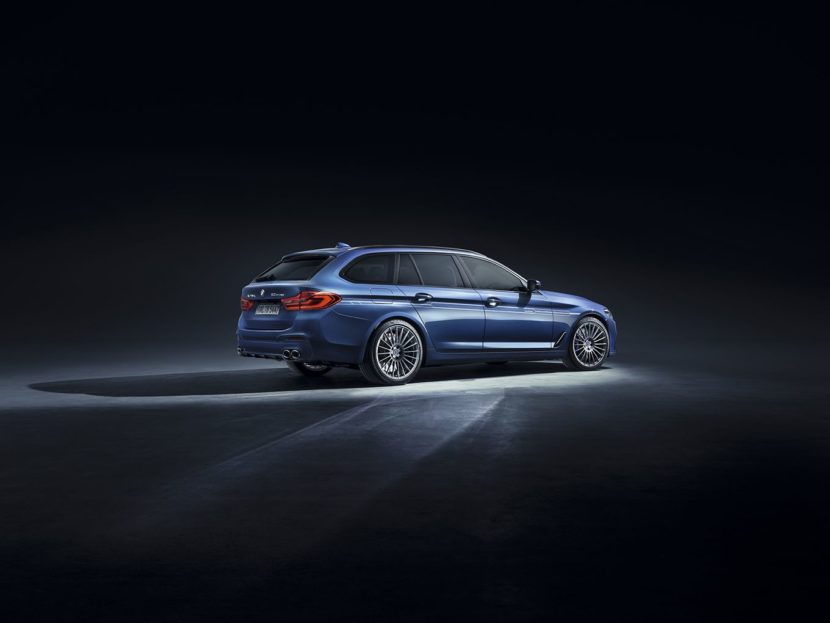 The car comes with a reworked version of the 4.4-liter twin-turbo V8 engine found on the M550i. The work Alpina has done on it took the power output up to 600 HP and 800 Nm of torque, numbers better than what you can get on the M760Li for example. As a matter of fact, the Alpina B5 Bi-Turbo has the same amount of power and more torque than the current M5, come to think of it. It also comes with all-wheel drive so you know launching it will be a proper blast.

Now, as for the world-record claim, it hasn’t been validated yet. However, the numbers speak for themselves. The B5 Bi-Turbo Touring is claimed to reach 100 km/h (62 mph) in 3.7 seconds and will reach a top speed of 322 km/h (200 mph) which should make it the fastest production wagon in the world. And the way they decided to portray that mind-boggling fact is absolutely hilarious.

11 responses to “Video: Alpina Celebrates the B5 BiTurbo – The Fastest Wagon in the World”