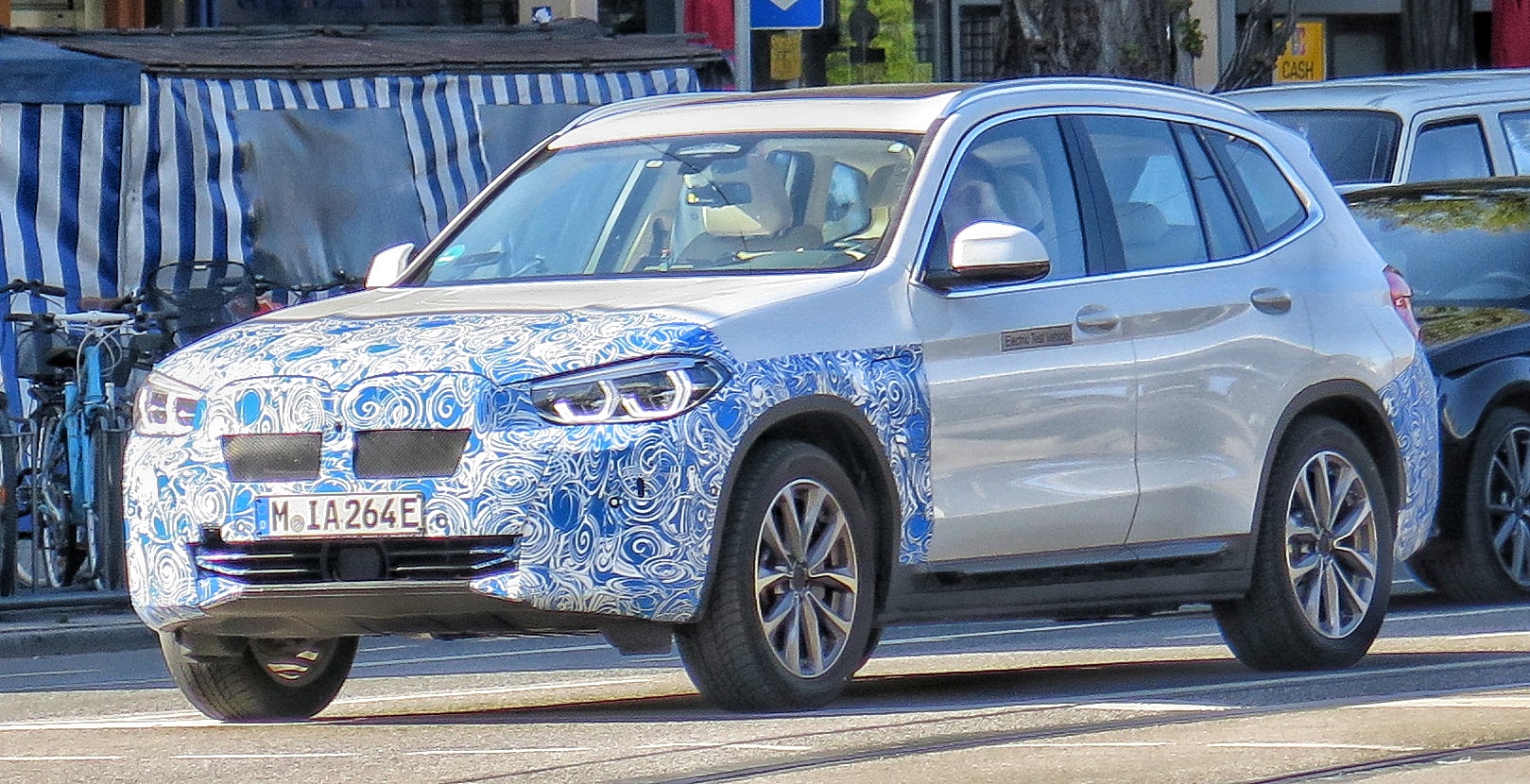 BMW’s first ever fully-electric SUV was just spotted in Munich during typical testing sessions. The EV SUV based on the BMW X3 will arrive in 2020 and will not only be the brand’s first electric SUV, but also built on a platform that covers all aspects of mobility – internal combustion, plug-in hybrid and electric.

Visually, the main differences will be with its new kidney grilles and its lower front fascia. The new grilles will either be closed plastic jobs, as they are on most new electric cars or only allow for minimal airflow. The latter might be there to help cool the batteries. It also seems as if the front air intakes at the lower front lip will be mostly gone, though there could be some from brake cooling.

The new EV will be built atop the same platform as the current X3 which has been designed from the get go to accommodate an electric drivetrain. The iX3 will bring BMW’s new battery and powertrain technology which will be a 70 kWh battery pack, more than double the current biggest BMW battery – the 33 kWh pack in the new i3. The 70 kWh battery pack will make its debut in the BMW iX3 and it will be the brand’s first ever long-range electric vehicle.

Powering the BMW iX3 will be a single electric motor powering the rear wheels, making between 260 and 270 hp. The total range is expected to be around 249 miles. 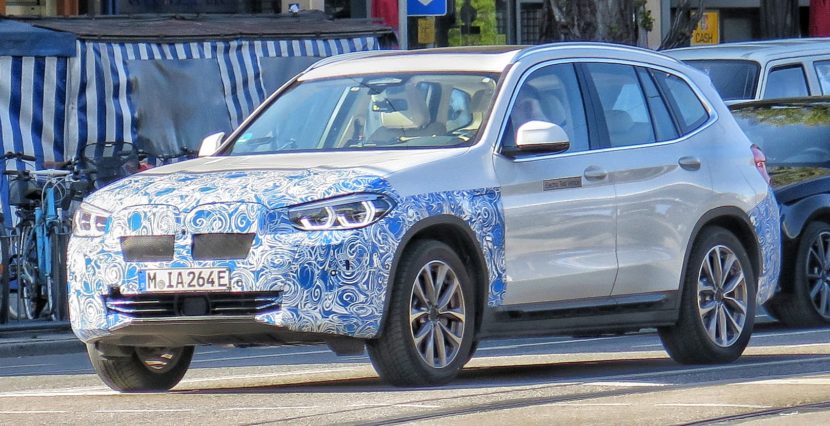 Thanks to 150 kW charging, the BMW iX3 won’t leave you stranded for hours while you sit around, waiting for it to charge. With 150 kWh, it’s said that it can charge almost 100 percent in just 30 minutes.