As deliveries of the brand new BMW X7 are now kicking off, the Germans are launching a new marketing offensive on nationwide TV stations. The first wave will come in the shape of TV commercials and we can already take a look at one, as it was published on Youtube earlier today.

Things kick off rather unusually, as the action seems to take place on board a high-speed train. A couple of friends are shown enjoying their time on board, in a rather exclusive lounge. As we all know, luxury can easily be defined by the presence of light and plenty of space, and that’s exactly the feeling you get when you see the group seated in the train. It’s an interesting suggestion that plays straight into our mind. 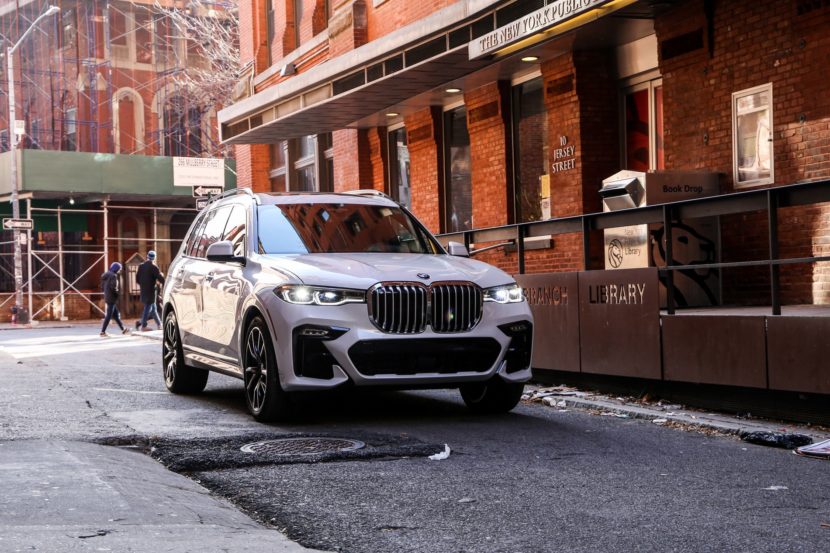 They are then announced that the final stop is 30 minutes away, and that’s the moment you realize something’s up. They all get up and leave the train car just to go out and admire the BMW X7. Unlike we usually see BMWs portrayed in commercials, this time the car is shown on the train, transported inside a glass housing. It would’ve been a peculiar commercial if things stopped here, with the six friends just admiring the car while stationary.

But, BMW had different plans. In the next shots we get to see the traditional marketing footage we’ve gotten used to. We see the X7 riding alongside that massive train, at speed, kinda getting the vibe that someone is comparing the two. Other fast-paced shots show some of the car’s attributes, like three-row seating for adults, the Glass Package for the gearshift lever and an implied sense of speed. All in all, it’s a good exercise to promote the largest SUV BMW ever made.