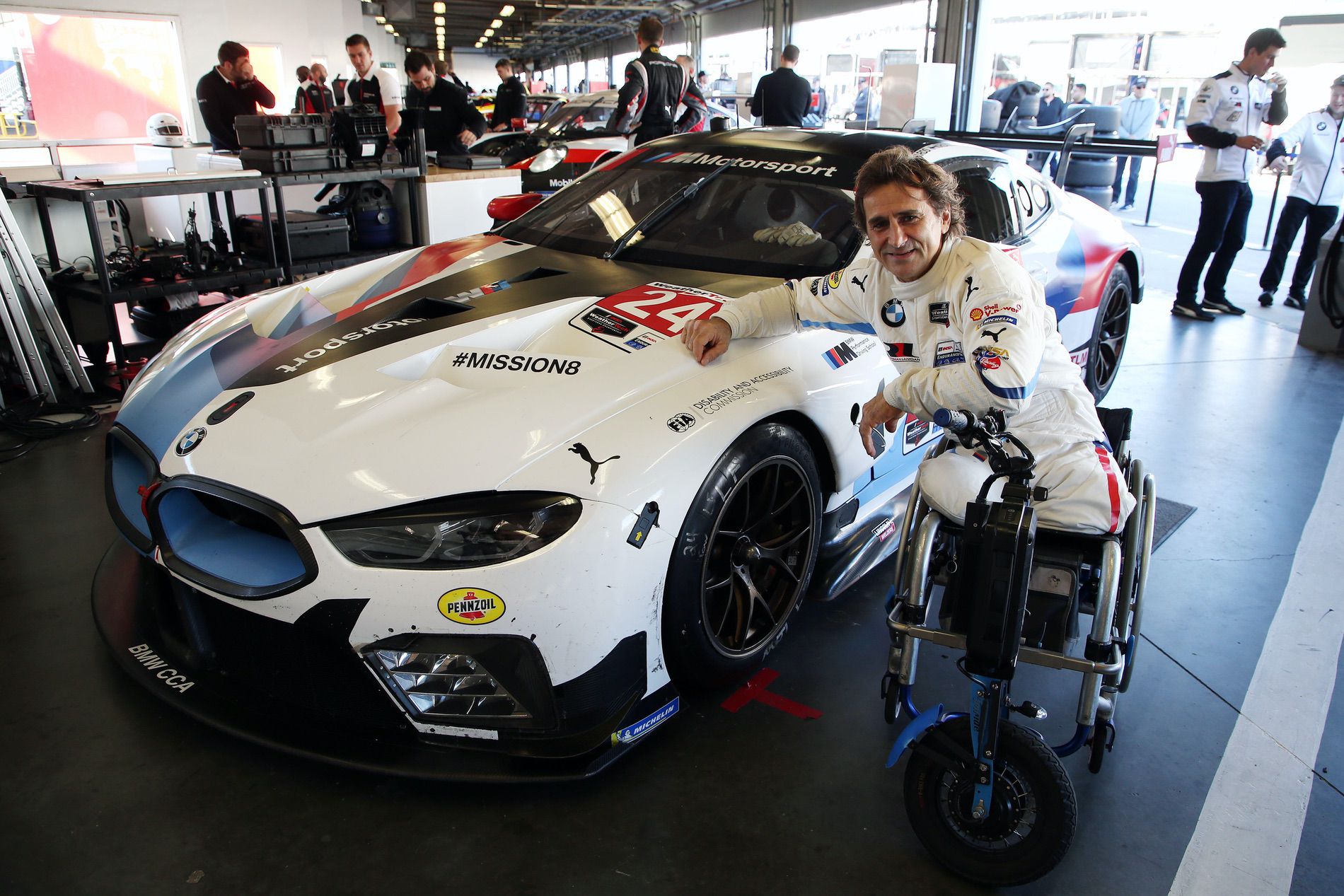 Zanardi’s involvement with BMW racing might continue passed the Daytona 24 hrs stint. Even though the race didn’t go as planned for the Italian legend – #24 M8 had a number of issues including the modified steering wheel jamming when the car was dropped off its jacks during a stop – the BMW Motorsport bosses seem to be pleased with his performance.

“I saw our internal comparison, and you have to say that Alex was on an eye-to-eye level with the guys,” said BMW Motorsport boss Jens Marquardt.

“He always told me ‘look Jens, I really want to do this, but I only want to do it if it’s clear that I’m not the weakest point in the chain’. And he definitely wasn’t.

“I think at the end of the day, we saw that he is super competitive. The system, yeah, maybe there are some small things we can develop, but the system is working.

“And really, thanks to the FIA with the new sort of regulation with the car pass and the pass for the driver, where you can really compete within a normal championship with a car modified like that.

“We have to let the dust settle a little bit and see with Alex what his plans and preparations for [the] Tokyo [Paralympics] next year are.

“But for sure, it’s something where you have to say ‘hey, we’ve come to that high level now’, he’s just barely over 50. I would never say we won’t do it again.

“You could see that when he went into the car he was really excited. The fire is still burning within Alex.”

The M8 GTE came back victorious from Daytona, thanks to a courageous pass by Augusto Farfus moments before the red flag finished early the race.